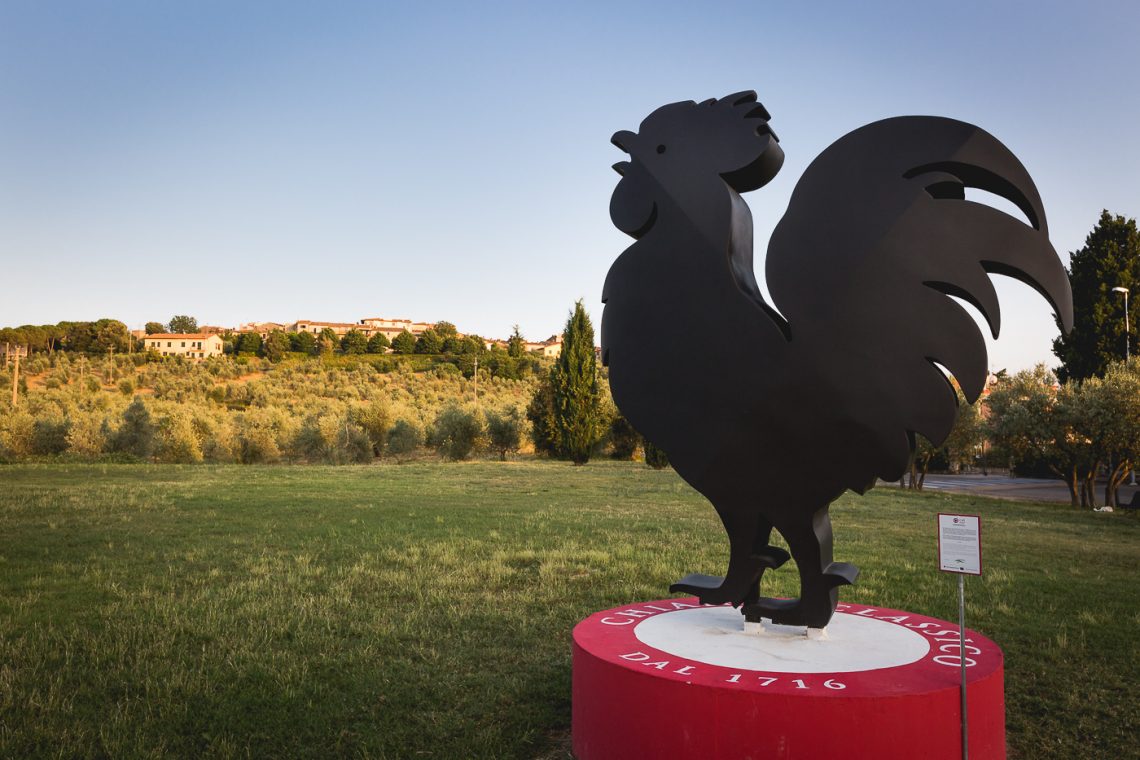 The days of flasks are over, as critic Eric Asimov of the New York Times reminded us in June. In 2019 Chianti Classico was crowned by Italian and international critics as one of the best wines in the Bel Paese, offering pleasant surprises to those with the patience to wait for its maturation in the bottles over the next few years.
Rather than King of Tuscany, the more appropriate title would be Grand Duke, as a tribute to Cosimo III de’ Medici, whose far-sighted judgment defined the production zone for today’s Chianti Classico DOCG back in 1716. The 300th vintage of the Gallo Nero region has enjoyed an extremely appropriate success.
The Gambero Rosso Guide, which awards the sought-after Three Glasses as a maximum score, rewarded 24 Chianti Classicos, a record for the designation itself as well as for the region: Gallo Nero leaves its Tuscan colleagues standing to take second place at a national level in the 2020 edition of the Guide, behind Barolo, which took the crown with just one more wine.
In the Gazzetta dello Sport the Best Italian Wine Awards list honoured a Gran Selezione from Castellina in Chianti, 2014 vintage, proving that even in those vintage years considered less auspicious, Gallo Nero producers have been able to maintain a steady commitment to quality.
Over a third of crowns awarded by the Touring Club “Vinibuoni d’Italia” Guide, specialising in native local grape varieties, went to Chianti Classico (16 of the 45 wines honoured in Tuscany), highlighting the strong identity of Chianti Classico, faithful to its roots. Daniele Cernilli, alias Doctor Wine, authors the Guida Essenziale ai Vini d’Italia, which also awarded many Chianti Classico wines 95 – 98 points.
The Chianti Classico 2016 vintage also unanimously won over the international critics, who described it as a very stylish and harmonious vintage, and even as a benchmark for future vintages (A modern day benchmark, Antonio Galloni).
Although the highest scores (equal to or above 95 points) were mainly awarded to Gran Selezione wines, plenty of Riservas or standard label wines also topped the lists by Antonio Galloni of Vinous.com (10 wines with 95 points or over), Monica Larner of Wine Advocate (14 wines), James Suckling (31 wines) and Bruce Sanderson of Wine Spectator (11 wines). Gallo Nero made its mark on the end-of-year classification lists: with four wines in Wine Spectator’s Top 100, Chianti Classico was awarded the 2019 prize for the designation with most wines in the international classifications, setting a new record for the designation with four wines included, and taking third place for the second year running. The Enthusiast 100 of 2019 placed a Chianti Classico 53rd.
Chianti Classico can definitely claim to be the designation with most awards in Tuscany.
This cannot and is not intended to be an exhaustive view of the positive reviews obtained by the Gallo Nero designation in 2019 and we apologise to those we have not mentioned: the complete list would be endless.
So we thank all the media that have written about Chianti Classico, showing interest in a designation that is investing hugely in product quality and continual growth. And we thank our producers too: it is only thanks to their passionate ongoing commitment that Chianti Classico has become the excellent product you are tasting today.

We use cookies to ensure that we give you the best experience on our website. If you continue to use this site we will assume that you are happy with it.OkPrivacy policy