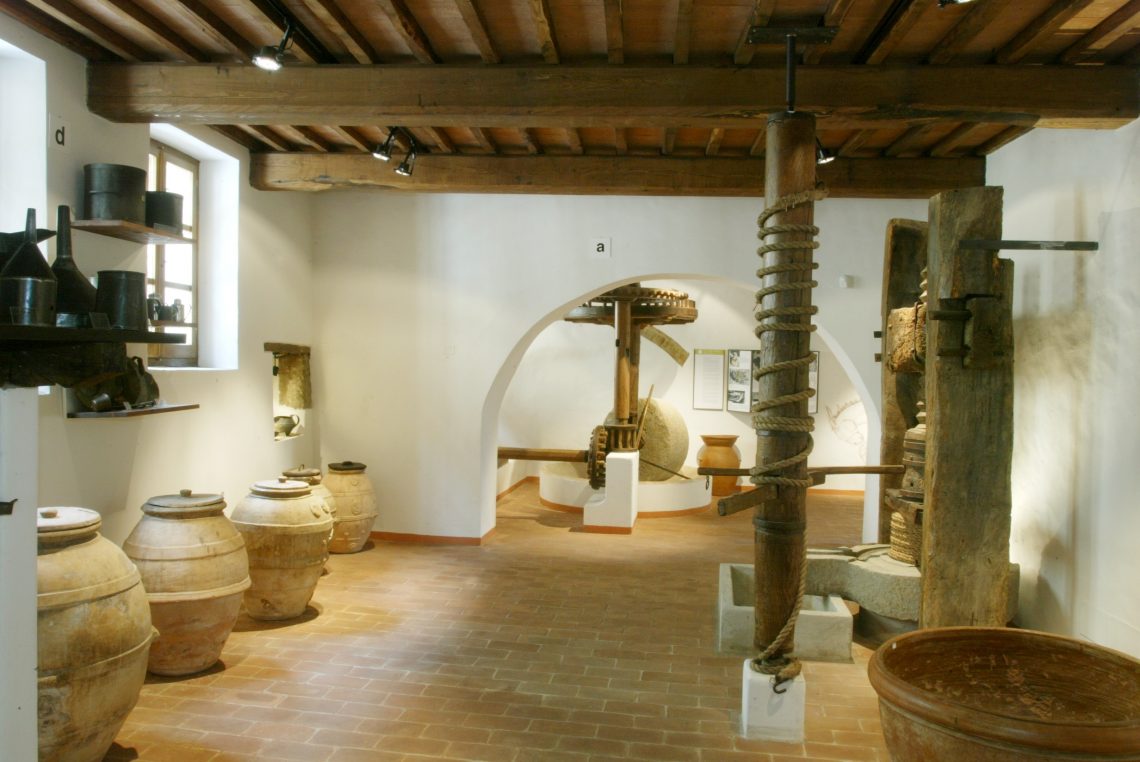 The MOO, olive and oil museum is located in Torgiano, one of the most fascinating Italian villages, in the province of Perugia.

The exhibition is located in a nucleus of medieval houses, within the castle walls, where documents, engravings, period vessels for conservation and other historical objects are kept.

The museum is a story, with attention to detail, of one of the most ancient cultures, just as noble as wine, such as the olive-growing one.

Grazia Marchetti Lungarotti, art historian, is the creator and curator of the MOO, now managed by the Lungarotti Onlus Foundation (together with the MUVIT: Wine Museum), presents the museum and its peculiarities. 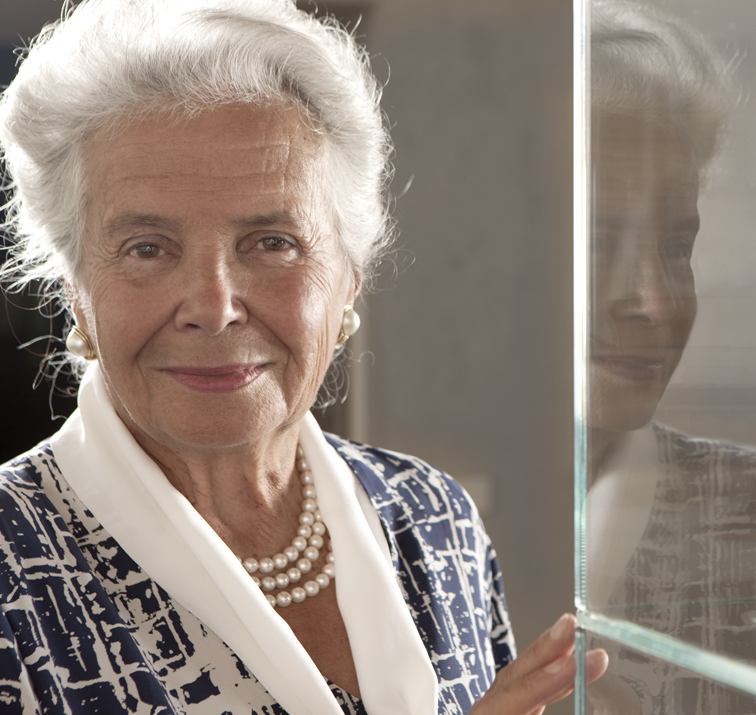 When was the Museum built and how did the idea of placing it inside medieval houses in Torgiano come about?

The Museum was opened to the public in 2000, in memory of Giorgio Lungarotti who had wanted it very much, aware of the reborn awakening to olive growing. The idea was born in continuity of interiors with the creation of the MUVIT and is located in a small nucleus of medieval houses, in recent centuries the site of an oil mill, in the center of the town. The choice of location stems from the need to contextualize the museum with the territory: Torgiano was born on Roman ruins in the thirteenth century and is placed on a relief surrounded by vineyards and olive groves overlooking the Middle Tiber Valley. 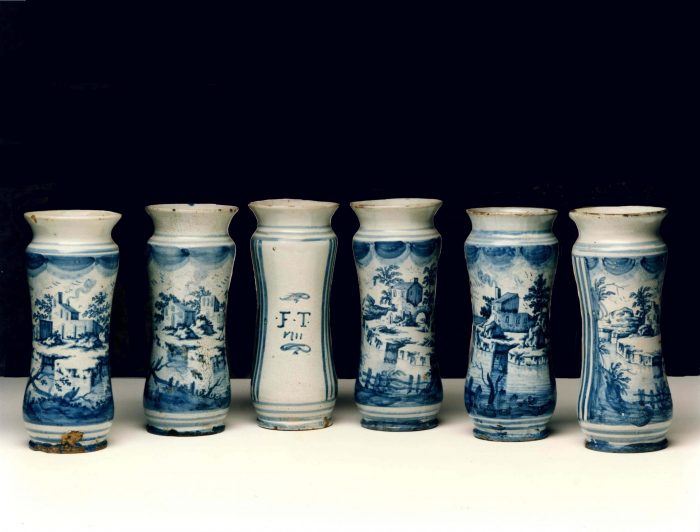 How does the itinerary unfold and which objects and / or testimonies can be visited?
The museum itinerary consists of eleven rooms; starts with technical information on the cultivars in use in Umbria, made in the form of planches in collaboration with the CNR, continues with the history of olive growing whose precious drawings come from the archives of the Georgofili Academy and with the evolution of millstones and of the presses. On the first floor, introduced by the mythological origin of the plant, the uses and consumption of oil and olive trees in the sacred and profane are analyzed, also divided by sector: oil as a source of light, in nutrition, in medicine , in cosmetics and sport, in religion, in symbolism, in literature and in the popular imagination. 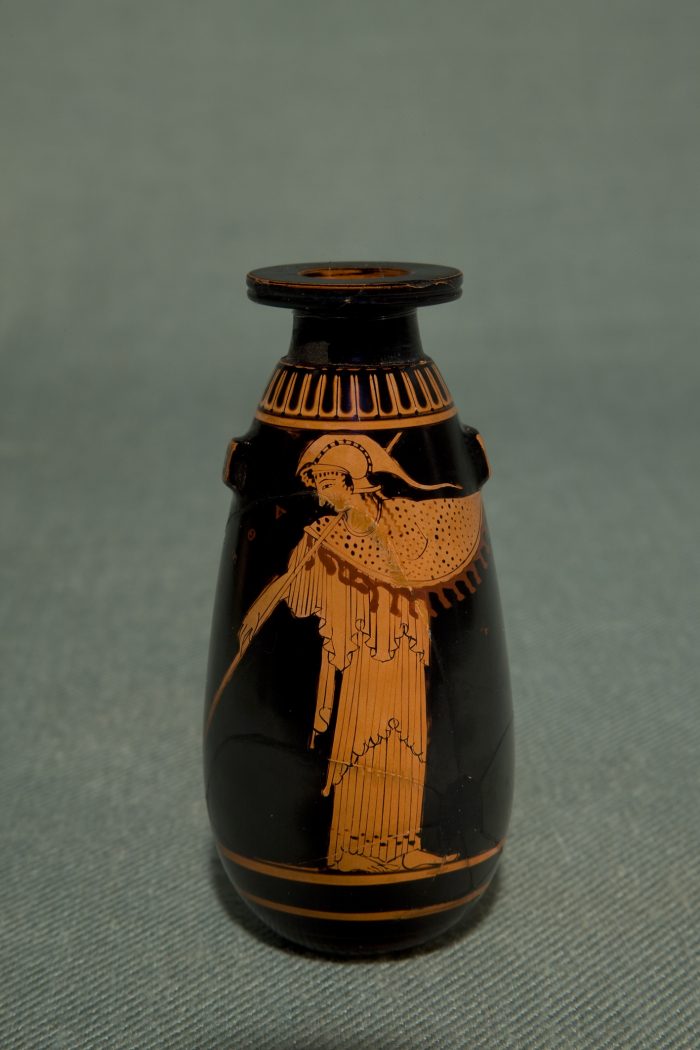 For the works I point out, in particular, a Trilicne in Paros marble from the sixth century BC, a piece of exceptional evocative force with its six protoms and which has its twin known only in the Archaeological Museum of Palermo. The focus on the myth of Athena, the goddess who gave humanity the gift of the Olive Tree, opens with a red-figure Alabastron by the Painter of the Foundry (which depicts the metallurgist in the act of applying the owl, his attribute ; the Goddess waits leaning on the spear stuck in the ground as a sign of peace); an Etruscan bite from the 6th century BC flanked by the sketch with a group of horses by Duilio Cambellotti for the scenography of the Hippolytus at the Greek theater in Syracuse recall another gift from Athena. The bit subdued the horse, giving power to man, as well as the rudder to steer the ship. A precious Etruscan fusarola refers to the female arts wanted and protected by Athena, the favorite daughter of Zeus. Exceptional is the large model of a Roman cargo ship from the 1st-3rd century AD. with oil load showing in particular the arrangement of the amphorae in the hold. 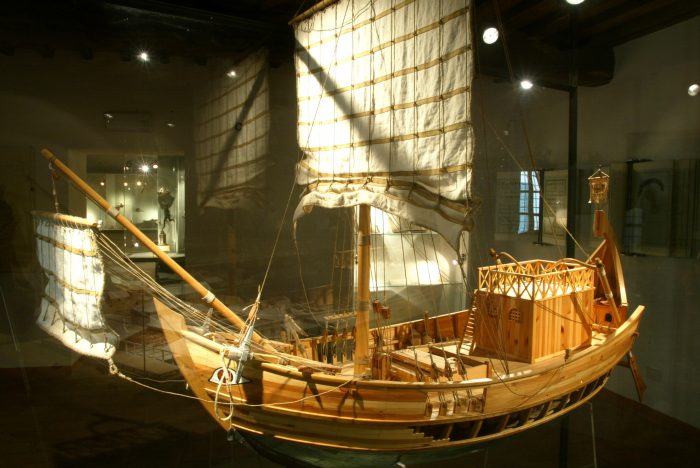 A value in its own right is that, in the Oil as light section, of the collection of oil lamps from the Nuragic to the Neoclassical age, where there are beautiful Renaissance bronzes, Florentine oil lamps and a beautiful group of refined lumière (living room lamps with sculptures at the foot) Roman with author names, you want the creator, you want the silversmith. Oil as the common denominator of the three Mediterranean monotheistic religions (Christianity, Judaism and Islam) is attested by suspension lamps, Coptic and Byzantine lamps, pilgrim ampoules, Islamic lamps and the three symbolic lamps of Judaism. The great importance of oil in medicine is attested by the Mesue Opera de medicamentorum. 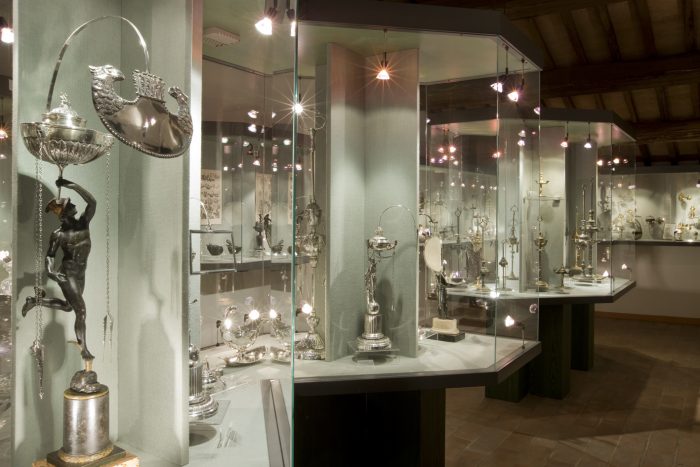 Are those who visit MUVIT equally interested in the MOO or do you consider the interest in olive growing to be reduced compared to wine?

Our visitors are attracted more by the MUVIT, often with the completion of the visit to the vineyards and the Cellar with wine tasting, or with a stop at the Osteria del Museo, but, with a combined ticket, they also discover the MOO with pleasure. There is, perhaps, more autonomous appeal in the months of the olive harvest, a moment in which the media focus on oil. The olive culture has, in fact, still a long way to go. In the world – see the map of the CNR on the ground floor of the MOO -, as the olive tree is not grown everywhere and the oil is not part of traditions that adopt other seasoning fats, the exceptions are those markets where gastronomic research is more advanced. Coming to our country, where, as in others in the Mediterranean basin, the olive tree has ancient roots, the path has been underway for years, but the consumer’s approach is still backward compared to that towards wine. The diffusion of an oenological culture is advanced compared to that of oil which is still too generic. 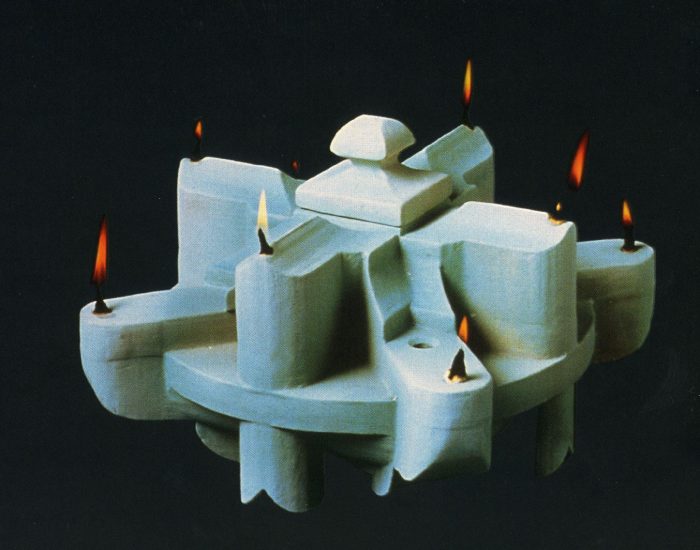 Through the MOO, the visitor discovers what significant contribution Umbria has made to the olive sector. How do you intend to develop this resource in the near future to spread a culture so precious for our country among young people?

We have been producing Extra Virgin Olive Oil from our hills with extreme care in cultivation and production for an infinite time, and our Region is particularly suited to quality, but the consumer is not yet fully prepared. Just think also of the popularity of wine tasting courses compared to oil ones. Meanwhile, the Lungarotti Foundation has set itself the mission of spreading the culture of olive and oil not only through the collections of the MOO, but also through conferences and publications in synergy with scientific institutes; as well as through tasting in combination with the regional gastronomic tradition.