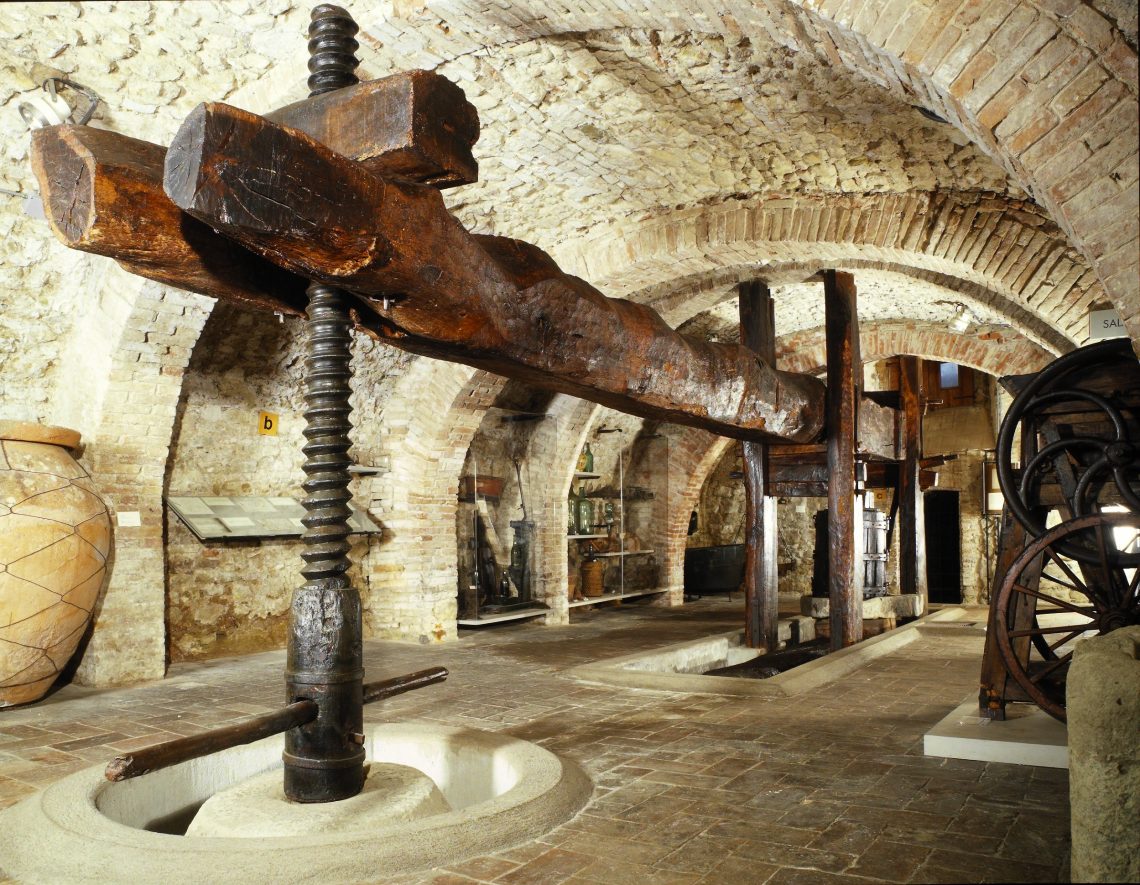 Torgiano is a charming village, located in the province of Perugia. Archaeological evidence confirms that the territory was already inhabited in Roman times. A small treasure chest, rich in art and history, where it is possible to admire, among other things, the Baglioni Tower, the Fonte di Giano and the Fonte dei Cocciar but also valuable religious buildings such as the Church of San Bartolomeo, the Church of Santa Maria del Castello, the Church of the Madonna dell’Ulivello and the Oratory of Mercy. 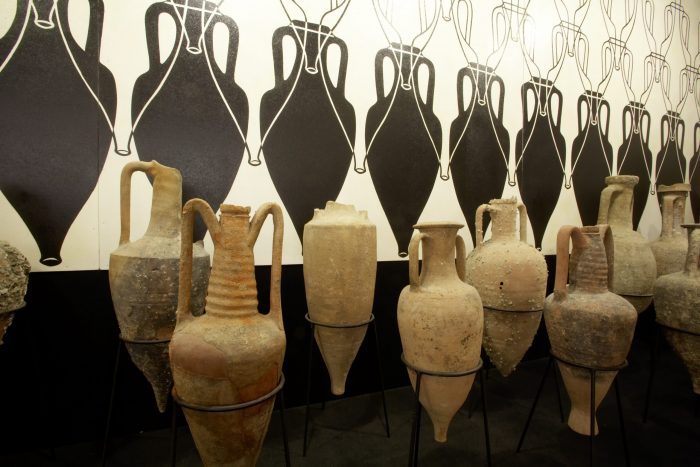 Torgiano also hosts two important museums, both managed by the Lungarotti Foundation: the Wine Museum, one of the best-known wine museums in Italy, conceived and built in 1974 by Giorgio and Maria Grazia Lungarotti, based in the seventeenth-century Palazzo Graziani-Baglioni , and the Museo dell’Olivo e dell’Olio, located in a nucleus of medieval houses, within the castle walls, where documents, engravings, period vessels for conservation and other historical objects are kept. 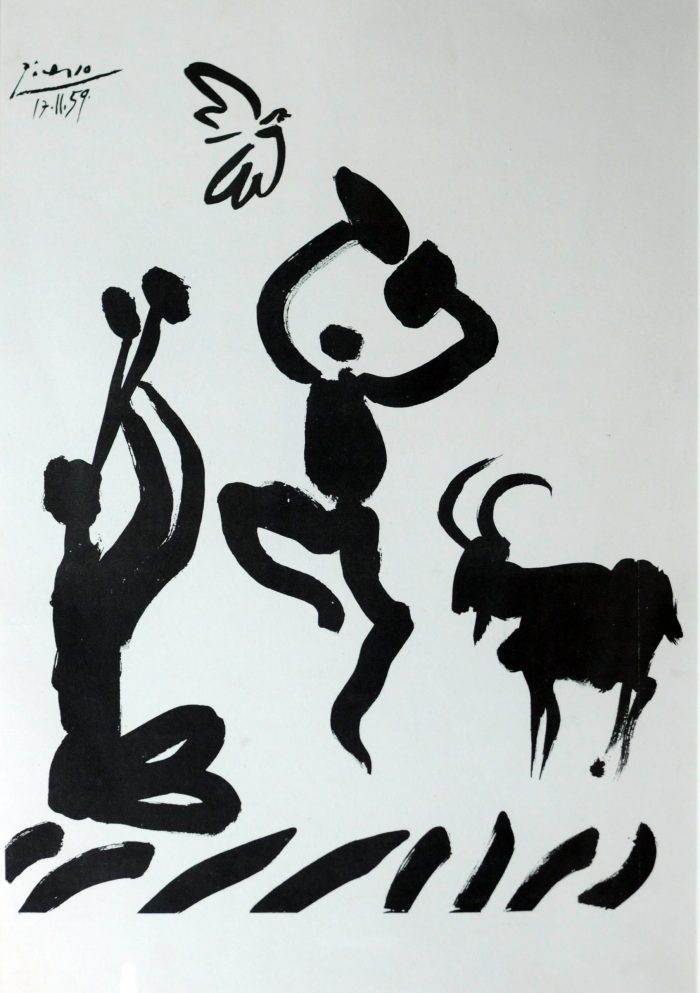 MUVIT is much more than a wine museum. It is the narrative story of a region with an ancient and noble agricultural and wine tradition. Let’s find out more through the words of Maria Grazia Marchetti Lungarotti, art historian, creator and curator of the two museums MUVIT and MOO, now managed by the Lungarotti Onlus Foundation. 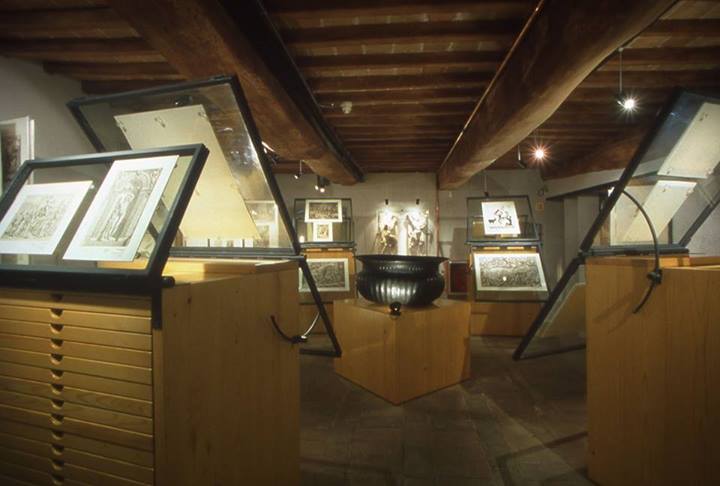 Dr. Lungarotti, MUVIT is one of the most influential realities in support of the dissemination of the wine culture that cannot forget a past rich in history. How was the idea of creating a museum in Torgiano and hosting it inside the rooms of Palazzo Graziani-Baglioni born in 1974?

Before starting the discussion on the creation of the Museum, long steps over time are necessary. The idea of the museum was born decades before its opening to the public in 1974; these were the years that remained in the agricultural field as “the times of the wine revolution”: some winegrowers overcame the echo of the disastrous phylloxera and understood that territories with a natural viticultural vocation were to be dedicated no longer to quantity (an end still permanent) but to quality. Giorgio Lungarotti, my husband, was the first in Umbria and, aiming at an alignment with the grand cru, he transformed the old family business into a specialized wine producer.

The success was immediate and in 1968 the first DOC for Umbria arrived for Torgiano Rosso and Torgiano Bianco, among the first in Italy. It was necessary to promote and make known a territory without wine-growing tradition for historical-economic reasons and the museum solution, in the wake of some European realities visited during frequent trips for technical comparisons, appeared to be the most suitable.

This was followed by the planning, which I proposed, the creation of a small team of scholars to support and read without borders: archival research, surveys and studies on the territory. The choice of Palazzo Graziani-Baglioni was specific in the desire to contextualize the Museum; it is a seventeenth-century noble summer residence in which the pars dominica incorporates alongside the rustica and the fructuaria, a vague reference to the Roman Villa. 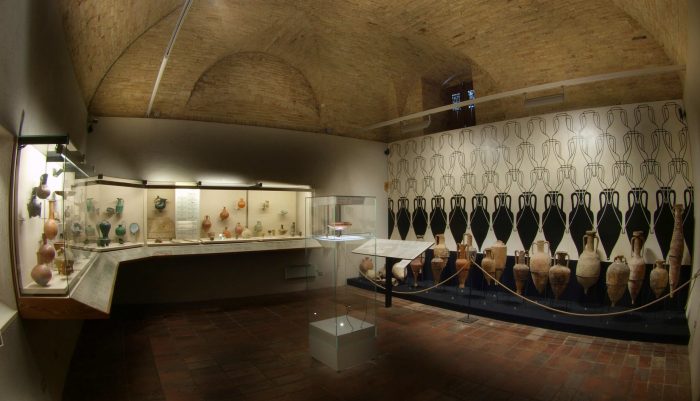 The MUVIT is truly a museum full of important historical testimonies. Twenty rooms retrace a centuries-long history. Can you briefly describe how the visit is structured and which objects, tools, and finds, most valuable, can be visited?

Viticulture constitutes the leitmotif of the museum itinerary; the individual sections are linked to it, each of which is examined under multiple aspects. From the origins and diffusion of viticulture, to wine in nutrition, medicine, from mythology to symbolism, passing through the technical aspects of vine and wine. Archaeological collections from the third millennium BC to late Roman times, ceramics from the thirteenth century to the contemporary age, engravings and drawings from Mantegna to Picasso, antiquarian publishing and other examples of decorative arts trace over 5000 years of history and culture of the vine and wine. Among the most important works are the Cycladic production and the Hittite pours of the III millennium BC, the kylix of one of the exponents of the Little Masters (VI-V century BC) with the inscription “Phrinos brought me to an end, be happy”, the Hydria from the 14th century with a lion-shaped falconer and a two-tailed and crowned siren; the parade flask of the Bottega dei Fontana (1560-1570) interesting for the composition resulting from several cartoons with Raphael’s Three Graces from the Pennacchio di Psiche alla Farnesina and other subject traits taken from Giulio Romano. 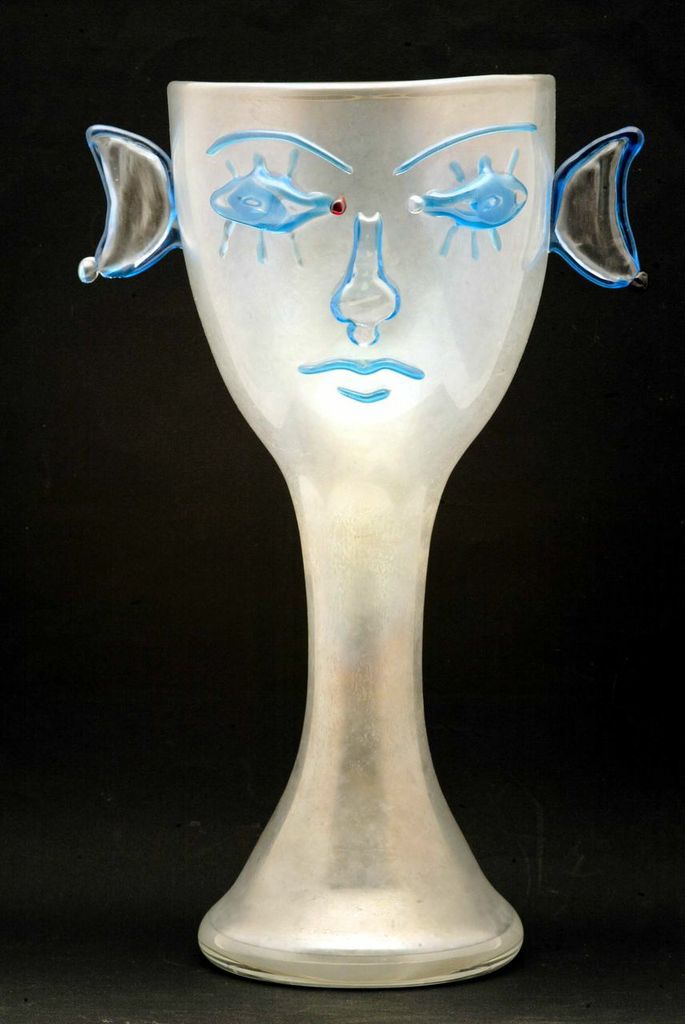 It should also be noted the large presence of amatory pottery, the Plate of Mastro Giorgio, signed and dated 1528 with Infantia de Bacho and other Renaissance historians of great importance; for contemporary works Joe Tilson’s Plate with Dionysos Eydendros, Caruso’s Bacchant, Pianezzola’s Leggendo Euripides and Jean Cocteau’s dual presence, the Plate with Satyr and the anthropomorphic feminine glass cup. For the engravings there are the best known names among the Italian, French and Flemish engravers, Mantegna, Carracci, Sante Bartoli, Piranesi, Goltzius, the Sadeler, Picasso, to name a few. 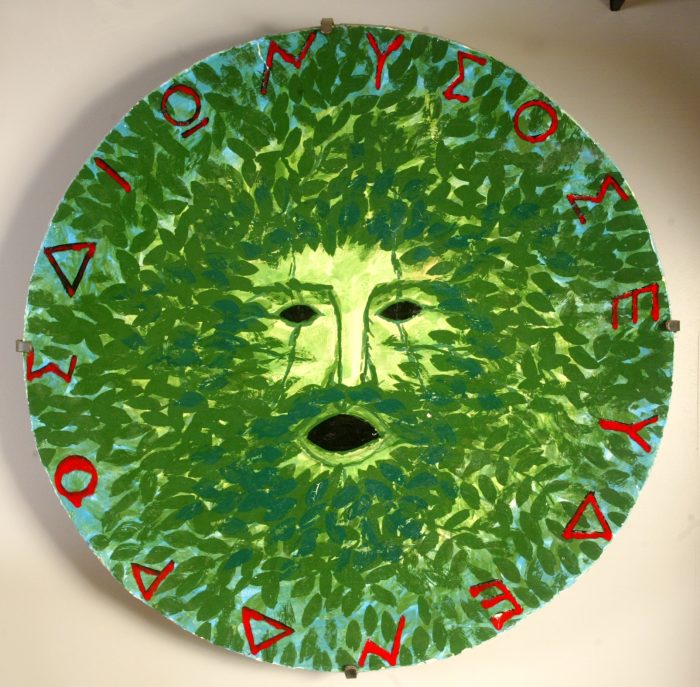 The Museum is divided into sections, a meticulous work of selection in which his intervention as an art historian is evident. How enlightening did your knowledge prove to be in reconstructing the region’s winemaking past in detail?

My training was essential to set up the museum itinerary that is not only addressed to the wine history of the region (entrusted to experts) but goes beyond the borders, dealing with viticulture in an international context and addressing those who are interested in wine. 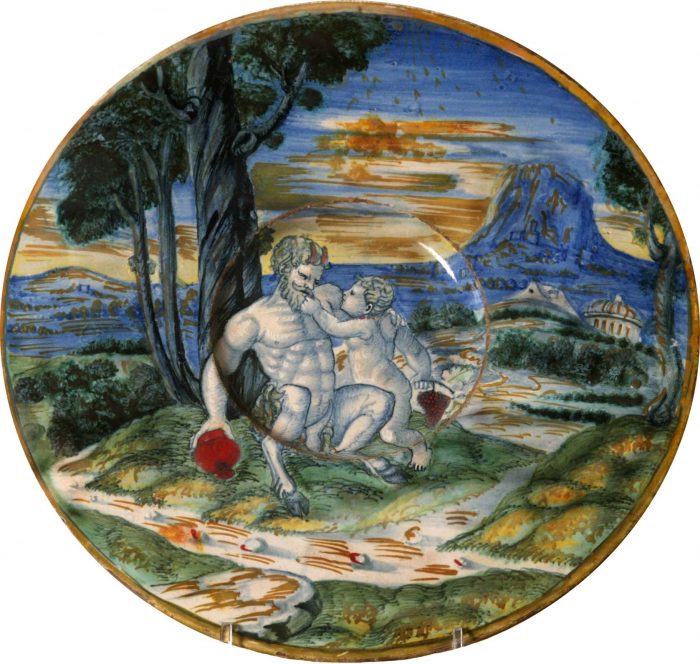 In general, international and Italian tourism prevail with a good influx of school groups; in this particular historical situation marked by the spread of the epidemiological emergency from COVID-19, tourism is only Italian, local with sporadic international presences. School groups are currently absent by virtue of the restrictions imposed. 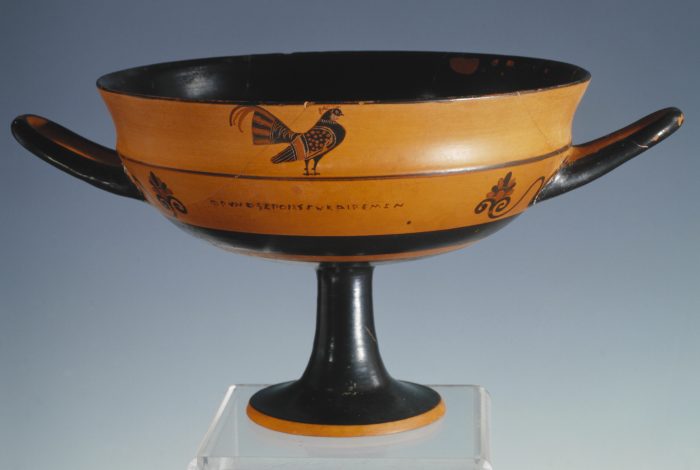 What role do museums like MUVIT play in the dissemination of wine culture, especially among young people?

A basic principle followed in addressing the planning of the museum is to let young people know the drink so that they can make the wise use it requires, the “conscious drinking”. The path created “At child’s height” at “Family friendly” confirms this, helping to promote the values of nature and man’s work, history and mythology.