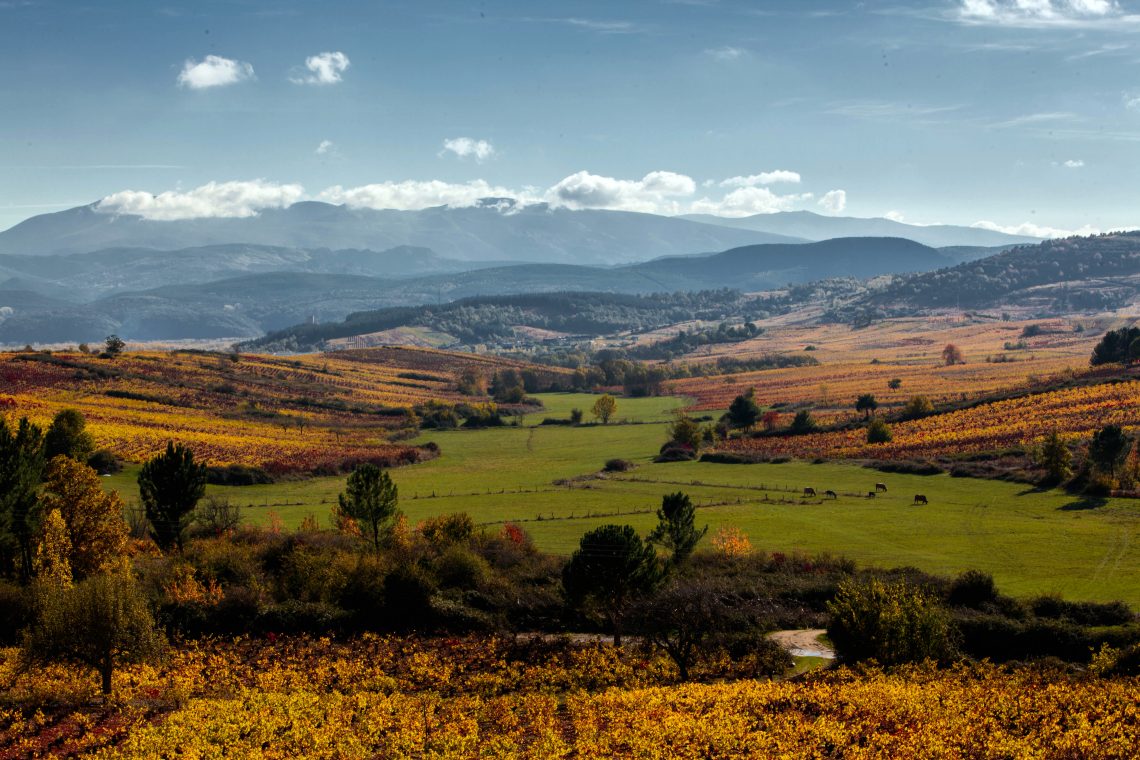 Linked to the culture of wine since Roman times, El Bierzo is one of the most prosperous Spanish Wine tourism realities. The Bierzo Wine Route has geographical, morphological and climatological characteristics that make the territory unique, with great contrasts between the mountain and the valley.
The vineyards are located on terraces close to the rivers and on land with an average altitude between 450 and 1,000 meters. The microclimate, halfway between the continental and Atlantic climates, favors the cultivation of vines. 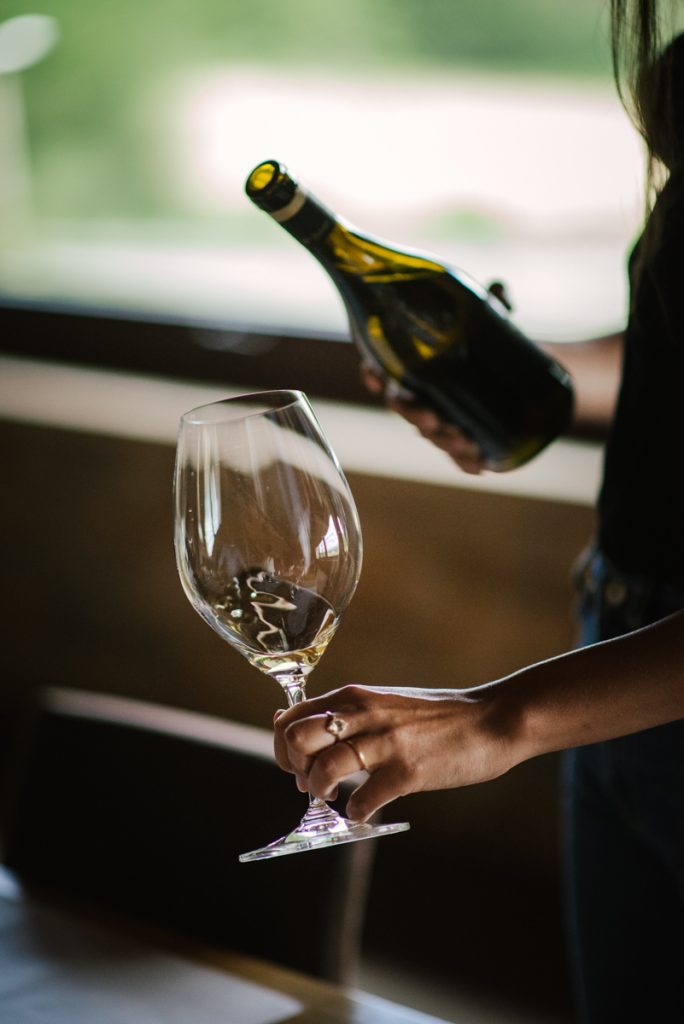 Since when the Association was born, what goals has it achieved and which ones to achieve?
The Association was born on the initiative of three municipalities: Cacabelos, integrated into the Acevin network as Ciudad del Vino, Villafranca del Bierzo and Toral de los Vados. Between 2011 and 2012 the basic project of the Wine Route was managed, the Enoturismo en el Bierzo and Bierzo Enoturismo brands were registered and certification was obtained.
This basic project consisted in generating the institutional support of 14 municipalities of Berciano, the Regulatory Council of DO Bierzo and the commercial support of various wineries and companies linked to the tourism sector that receive specific training in Wine tourism. 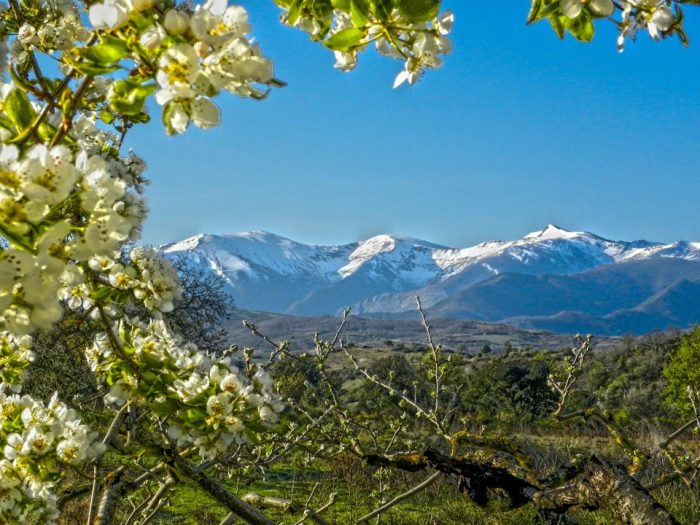 Since then, the Road has gone through several stages, progressively increasing its institutional support and, above all, its entrepreneurial mass.
Currently, efforts are focused on optimizing the marketing of the wine tourism product and its promotion in order to consolidate the Wine Route of Bierzoenoturismo as the main tourist attraction and as one of the main economic development agents of the Bierzo Region. 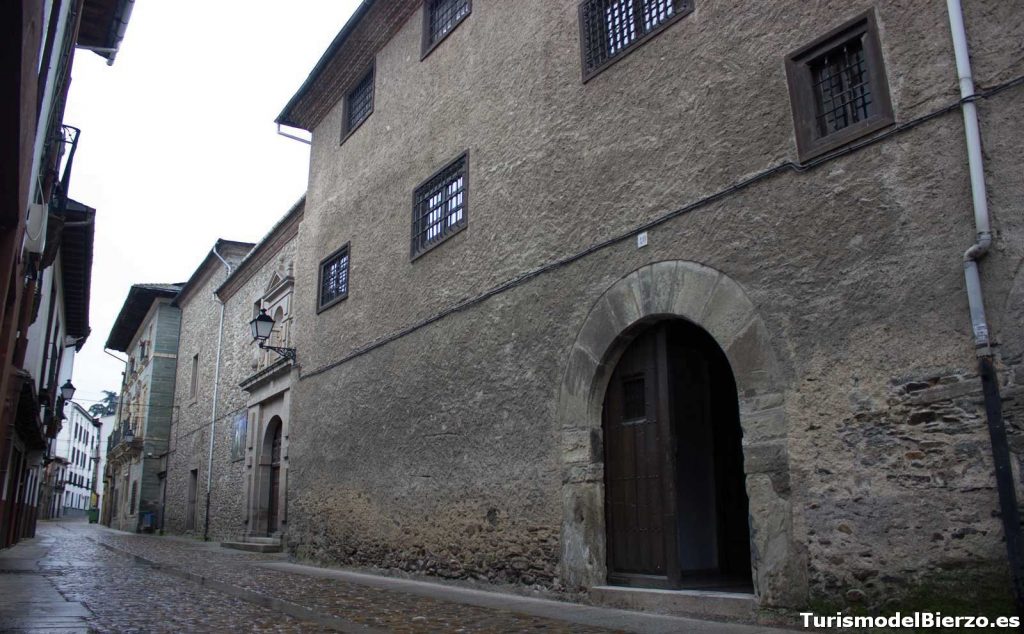 Through which services/activities do you promote the dissemination of the Bierzo Wine Route?
The Wine Route is promoted through its digital media and participation in fairs, trade missions, forums. Now, we try to strengthen the communication work by promoting a series of visits with the specialized press on tourism, food and wine and style of life.
We also carry out actions to make the path visible or sensitize in association with other agents of the Region and also, individually, the associates promote their products supported by the Brand Ruta del Vino Bierzoenoturismo. 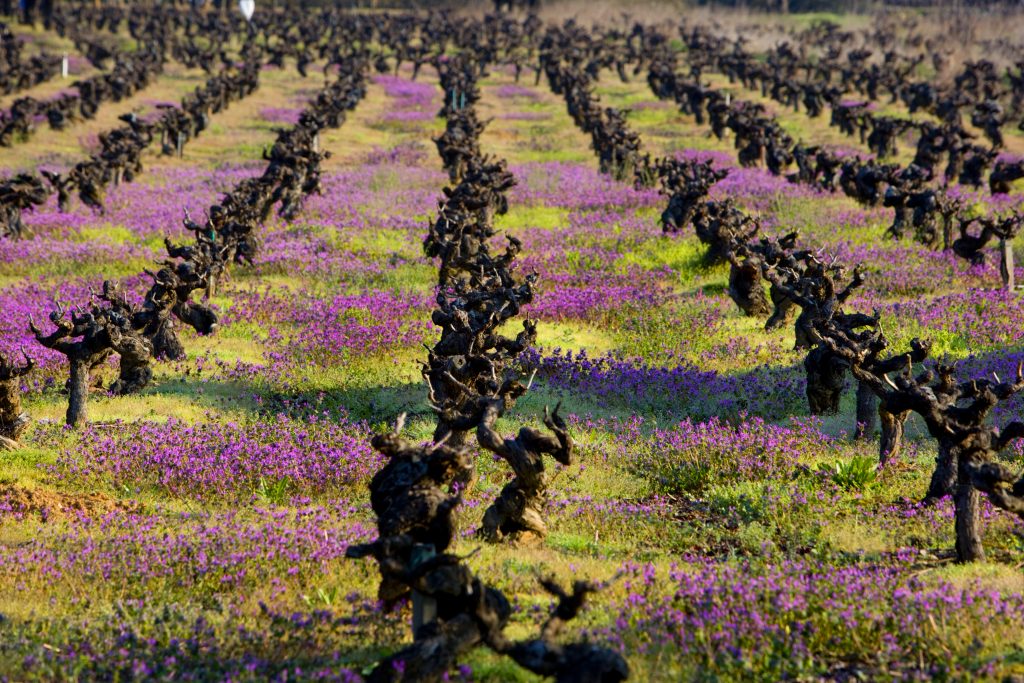 What are the peculiarities of the territory and its wines?
The Bierzo region is immersed in a large vessel surrounded by mountains and bathed by numerous rivers. It has geographical, morphological and climatological characteristics which, together, make it a unique territory, with great contrasts between the mountain and the valley.
The vineyards are located on terraces close to the rivers and on land with an average altitude between 450 and 1,000 meters. The microclimate, without major fluctuations during the year, halfway between the continental and Atlantic climates, greatly favors the cultivation of the vine. In El Bierzo different types of high quality grapes are produced, adapted to the characteristics of the land. The best known varieties are Mencía and Godello, which are indigenous varieties, although Garnacha Tintorera, Doña Blanca and Malvasía are cultivated to a lesser extent.

Can you briefly describe the route and the territories of cultural and wine tourism interest it crosses?
El Bierzo, as one of our slogans says, is a land of intense emotions, where you can enjoy nature in emblematic places such as Las Medulas, ancient Roman gold mines declared a World Heritage Site, or the Los Ancares Biosphere Reserve. You can discover paths and testimonies of an ancient way of life. Los Ancares have remained intact in the middle of a wild landscape where bear, capercaillie, wolf and roe deer hide among immense forests of oaks, hollies, beeches and chestnuts.
With a very important historical heritage you can enjoy medieval villas with all the history that bring with them cities like Molinaseca or Villafranca del Bierzo, places like Tebaida Berciana, which preserve a very important cultural heritage or the city of Ponferrada with the Templars Castle as a main attraction. 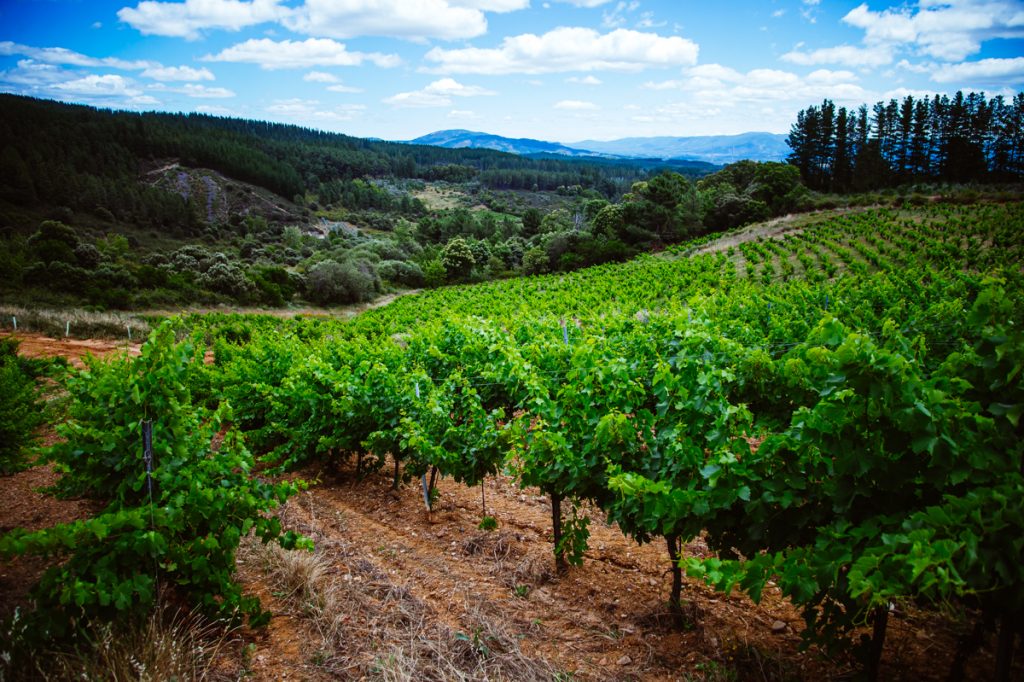 And, of course, the French Way to Santiago, our other World Heritage site. It is the Way par excellence, it runs along our Wine Route from East to West showing woods, villages and fortresses, it starts in Molinaseca, elected this year as one of the most beautiful villages in Spain, passing through Ponferrada, Camponaraya and Cacabelos until reaching Villafranca del Bierzo in whose Church of Santiago is located La Puerta del Perdón. This “Door of Forgiveness” is the only one, together with that of the Cathedral of Santiago, in which “Plenary Indulgences” can be obtained in case of arrival injured, ill or prevented from continuing the journey, due to a privilege granted by the papal bull of Alexander VI and which remained walled up for more than 100 years until 1948. Its opening is a symbolic act that represents the beginning of the Compostela jubilee year. 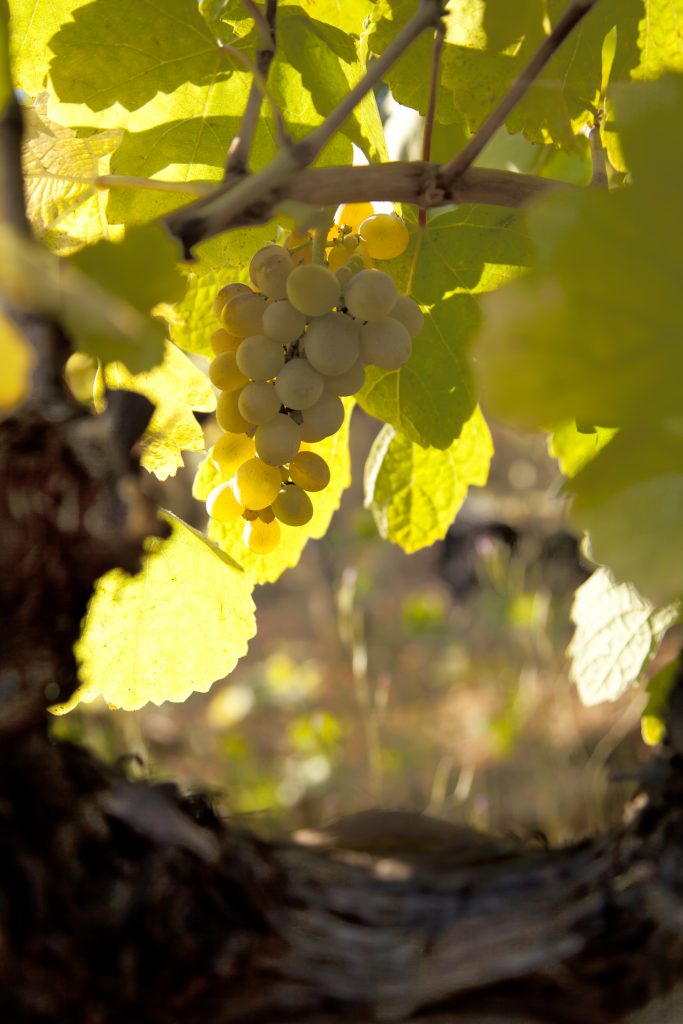 In El Bierzo there are up to four variations of the Camino de Santiago:
Manzanal Way: For centuries it has been an important pilgrimage route, less known than other variants of the Jacobean routes. At the entrance of Bembibre, you pass in front of the Ecce-Homo Sanctuary and continue to important places like Congosto, until you reach Ponferrada where you continue along the Winter Way or the French Way. 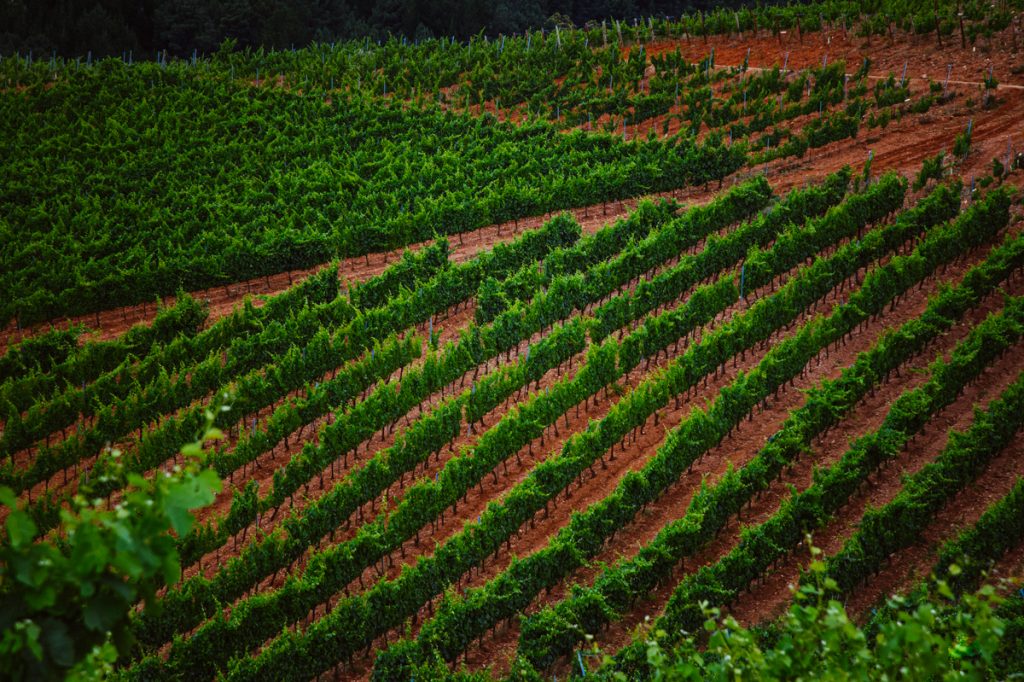 Winter Way: It is an alternative to the French Way that was used when the snow made it difficult to climb O Cebreiro. It is a variant that leaves the French Way in Ponferrada, avoiding crossing the Boeza river and deviating towards Priaranza, runs alongside the Medulas to continue and then enter the lands of Galicia
Forgotten Way: This route was a very popular route for pilgrims in the Middle Ages, around the 10th and 12th centuries. The itinerary starts from Bilbao and on our Wine Route crosses the villages of Congosto, Cubillos del Sil and Cabañas Raras until it reaches Cacabelos, our City of Wine, where it connects with the French Way. 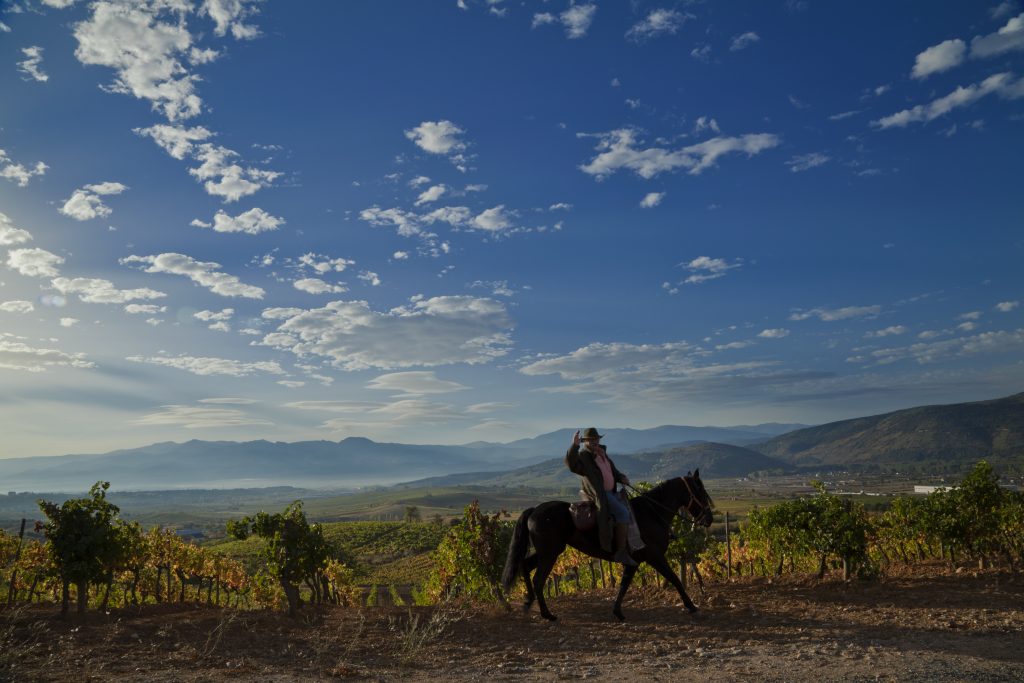 Why choose the Bierzo Wine Route?
Discovering El Bierzo is a unique experience. Get to know its natural and cultural heritage, understand its territory, its history, its people, its values ​​and savor its gastronomy. Choosing this Route is to discover one of the most emblematic areas of the Camino de Santiago and some of the most beautiful vineyards in Spain; enter the home of the producers and their cellars, learn about the processes, production methods, the unique characteristics of their wines and enjoy the various activities it offers, its surroundings and the quality of its establishments.