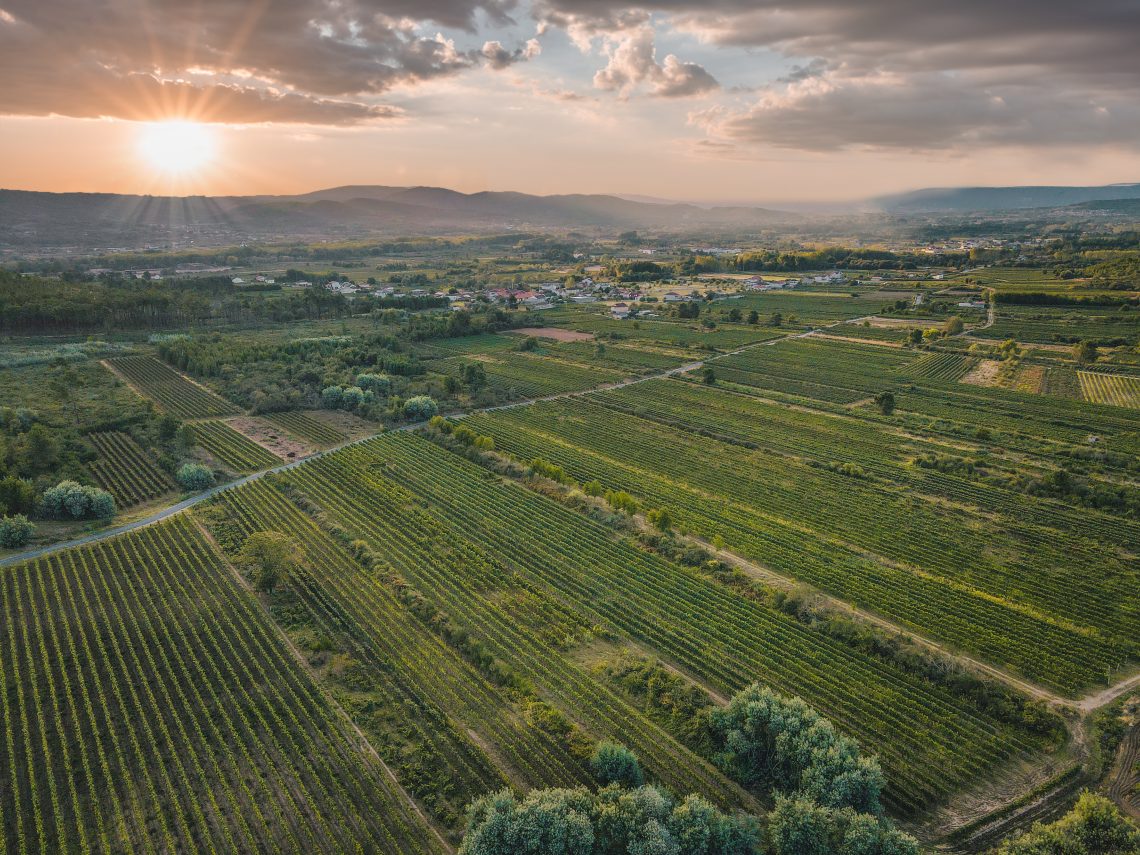 The Monterrei Wine Route (Galicia), on the border with Portugal, is the smallest D.O. in Spain. Yet, this patch of land has a Mediterranean microclimate and a wealth of landscapes that make it particularly voted for excellent wine production.

The historical heritage of the region is important, among all the castles they are the best known artistic testimony, as well as the wealth of mineral-medicinal springs, scattered throughout the territory, which make it an interesting tourist destination. 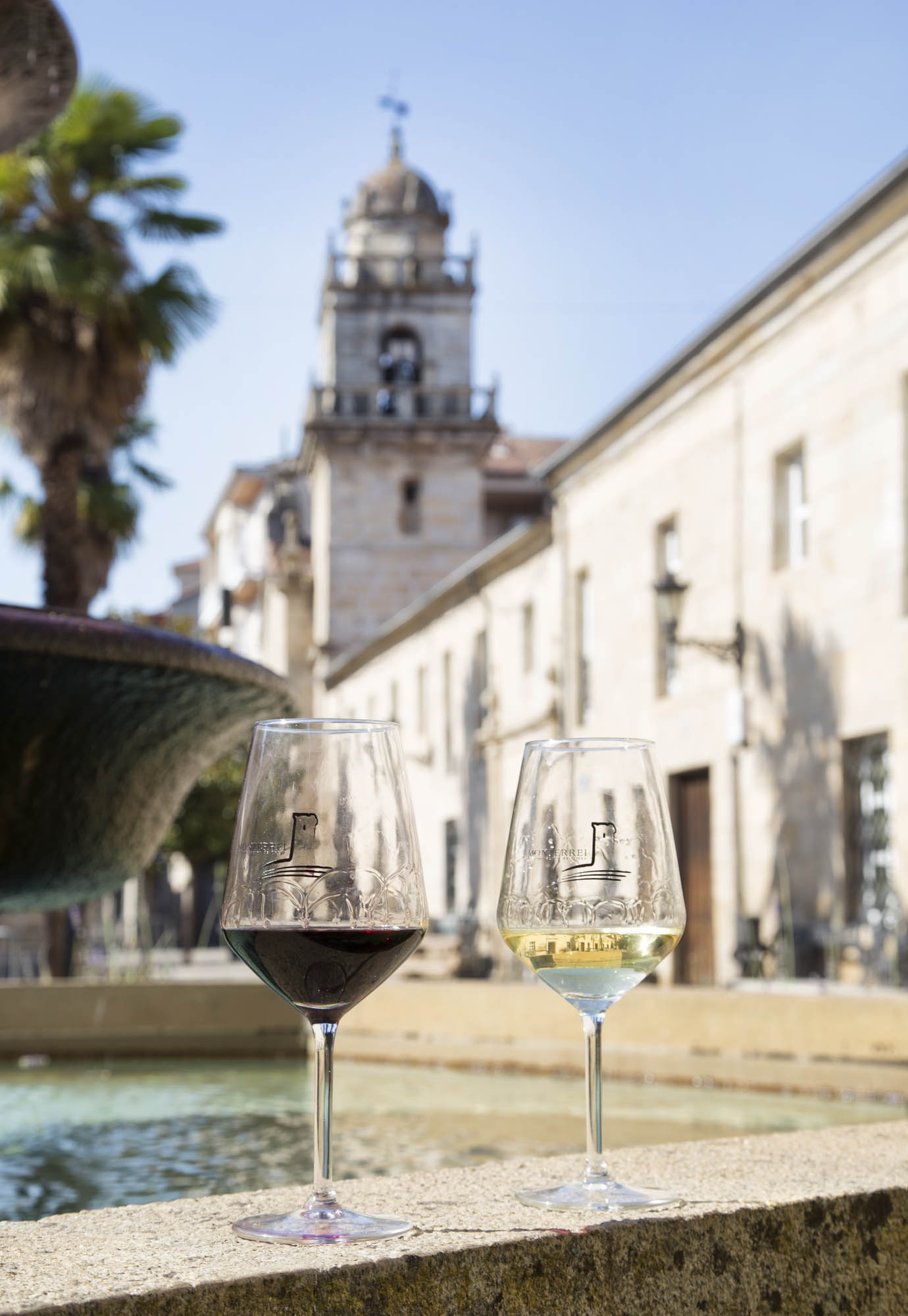 From when the Association was born to date, what goals has it achieved and what goals still need to be achieved?

The Monterrei Wine Route Association was born at the end of 2009, thanks to the union of the public and private sectors of the Verín-Monterrei region (municipalities, wineries, hotels, restaurants, associations and, of course, the Regulatory Council of the Denomination of Monterrei Origin). Since the beginning, the members of the institution have worked hand in hand to carry out basic and fundamental questions such as obtaining the signaling of the route (establishments annexed to this body), creation of a web page, design and printing of promotional material of the same or joining the project “Wine routes of the Galicia-Northern Portugal Euroregion”. In the same way, various activities have been promoted in the area such as, for example, excursions to get to know this wine region, commented tastings, the Harvest Festival, the Days of Open Doors or the Tourist Train of the Monterrei Wine Route. These last two, Open Doors Days and Tourist Train, continue to take place even today, in fact at the end of October the tenth edition of these days will be held, and in August we received the last Tourist Train, which saw the participation of 90 people . These activities have the support of Turismo de Galicia and the Tourist Train also of INORDE.

Therefore, if we look back, we can see that the purposes for which this association was born, and included in its statute, are being realized: the promotion of wineries and wines protected with the Monterrei designation of origin, as well as the promotion of cultural development, economic and social of the territory. And, more importantly, the number of adherents who join it has not stopped growing, in fact of the 27 wineries registered in the denomination in total are therefore attached to the route, that is more than half. Nor can we ignore the joint projects carried out with the other four wine routes in Galicia, under the Enoturismo en Galicia brand, as a marketing platform that will start in the near future, workshops for agents and tour operators, or advertising campaigns, among others.

At the moment, on the Monterrei Wine Route, we are working on the complete remodeling of our website and, in the coming weeks, the project for the renewal of the route signs will start, which will allow the old signage to be replaced, thus adapting it to current regulations , to the current reality of the path and to the partners who are part of it. We would like to continue to promote the development of wine tourism activities and make our territory a reference wine tourism territory in the province of Ourense. 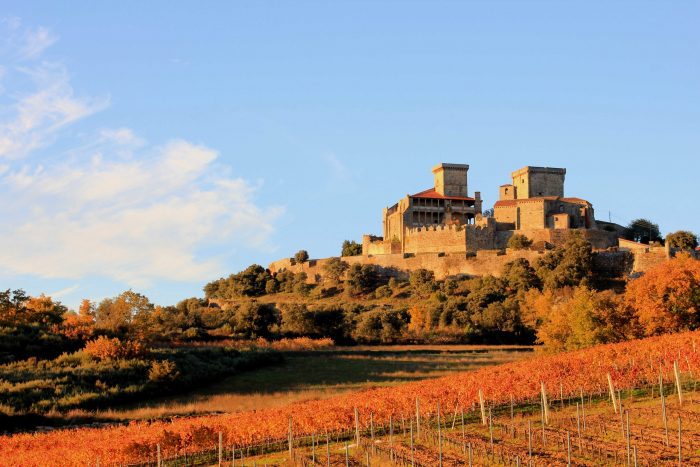 Through which activities do you promote the dissemination of the Monterrei Wine Route?

As we have already indicated above, in recent years we have taken part in several advertising campaigns under the aegis of Enotourism in Galicia, which have been carried out not only in the autonomous community of Galicia, but also in neighboring communities such as Asturias or Castilla y León and in the north of Portugal. But we also carry out the dissemination of our activities, partners and resources through our media, announcements in the regional media and, of course, from our website, also from the D.O. Monterrei, and obviously from the social networks of these two entities (Facebook, Twitter and Instagram).

Talking about the Monterrei Wine Route also means talking about the wines that are produced in this wine region located in the south of the province of Ourense. A designation of origin made up of six municipalities (Castrelo do Val, Monterrei, Oímbra, Riós, Verín and Vilardevós), and which has two distinctly different sub-areas: Valle de Monterrei and Ladera de Monterrei.

Monterrei has been a territory strongly linked to the production of wine for 2000 years, considered the gateway to viticulture in Galicia. This is revealed by the findings made in the area, such as the sculptural group “Dionisos y Ampelos” found in the agricultural village of A Muradella (Mourazos-Verín), and which is kept in the Archaeological Museum of Ourense. In addition to the role of religious orders in the expansion of the vineyard or the existence of the Charter of Puebla de Verín (1183), which already included legal provisions on the use or marketing of wine. A special mention deserves the existence of the most important network of rock presses in Galicia, more than 60 located at the foot of the vineyards or in the fortresses. Furthermore, as an anecdotal data, we must remember that Felipe II appointed Don Gaspar de Zúñiga Acevedo y Velasco, who was V Count of Monterrey, Viceroy of the two Americas (Mexico and Peru), who took with him people of the area, and with them the influence of viticultural practices and varieties, which probably would have left their mark on the new continent.

The autochthonous varieties, together with the soils and the extreme microclimate, give rise to wines with differentiated, personal characteristics and great complexity of aromas.

This wine-growing area, which belongs to the Duero account (where the Támega river flows, which crosses the appellation), is characterized by hot, dry summers and cold winters, as well as by low rainfall and significant temperature variations in the ripening season. Climatic conditions that are added to the peculiarities of the soil (three types of soils: slate, sandy and clayey), and to the white and red varieties that are produced in it.

Most of the wines of the appellation are white, made with varieties such as Godello, Treixadura and Doña Blanca. Intense whites, with floral and fruity notes, which combine the Galician character with the peculiarities of the wines of the Douro basin. But Monterrei also produces a range of excellent young reds aged in oak barrels, made with Mencía, Araúxa (Tempranillo) or Merenzao, which give rise to complex wines and different nuances that distinguish variety and territory. 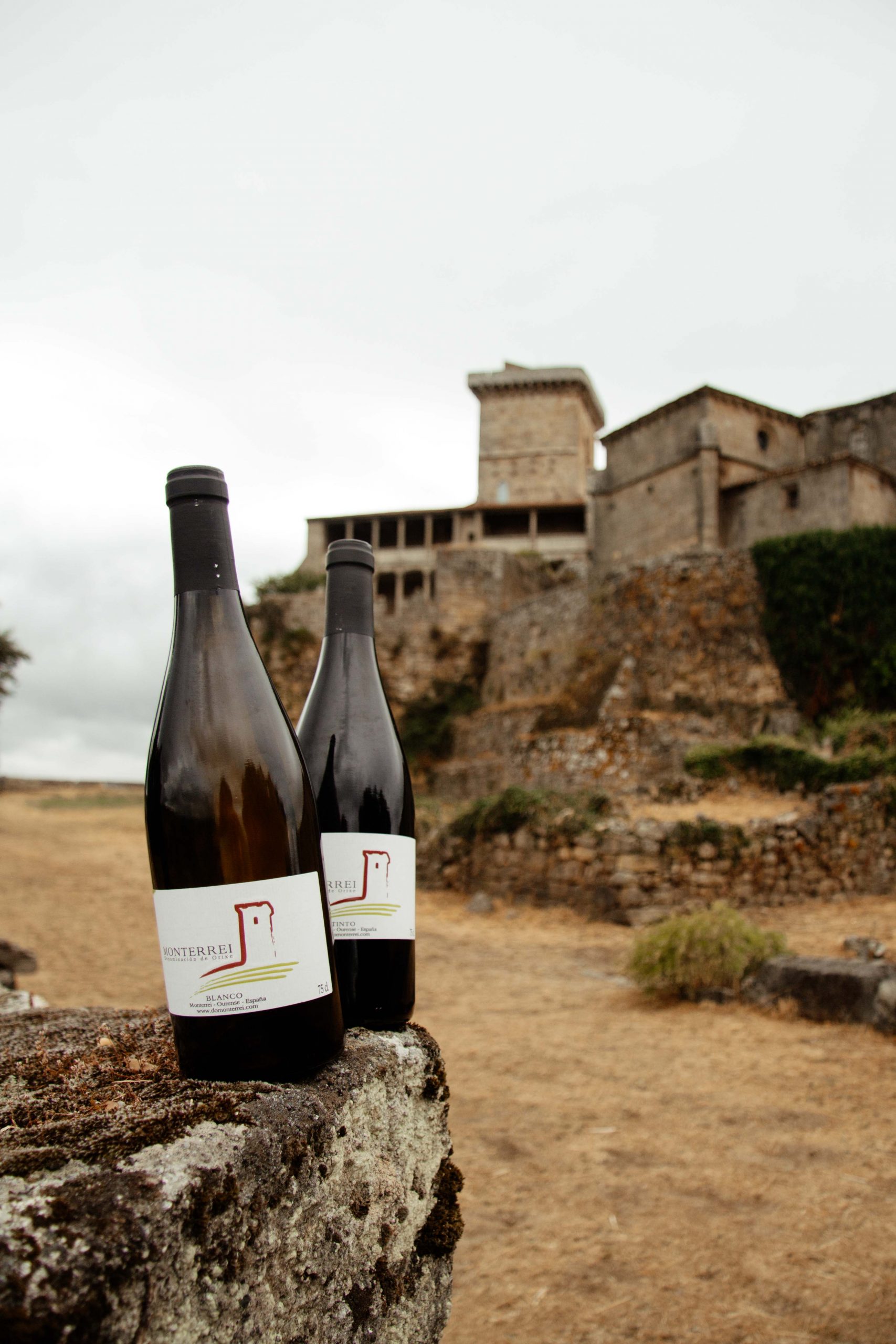 Can you briefly describe the route and the territories of cultural and enotourist interest that it crosses?

The Monterrei Wine Route is located in a region of great cultural wealth, where monuments such as the Castle of Monterrei emerge, the largest acropolis of the community and where the first Galician incunabula was printed, the pre-Romanesque church of Mixós, church and Cloister of La Merced (which houses the Claustro Mercedario Museum, which has a specific area of ​​the DO Monterrei), Casa de los Acevedo (which hosted a meeting between Felipe El Hermoso and Cardenal Cisneros), Plaza de José García Barbón (historical patron and philanthropist of the city) or the House of the Shield (dated in the year 1737), among others.

Nor can we ignore a resource closely linked to viticulture, which is the Ruta de los Lagares Rupestres located in Oímbra. It is the municipality of Galicia that has the most documented rock presses and this route, in addition to discovering spectacular landscapes, allows you to discover different models of presses (one of which has been restored, such as the Xan Preto) and the cellar-lagar das Barocco.

The Monterrei Wine Route hosts a great variety of places to visit and remember. The nature is spectacular, as demonstrated by the Invernadeiro Natural Park (of which the municipality of Castrelo do Val is the gateway), the Cidadella waterfall (Vilardevós), Pozo do Demo (Verín), the ornithological paths along the Ecovía from the river Támega, the centuries-old chestnut groves of Riós, or the mineral-medicinal water springs (Cabreiroá, Sousas, Fontenova, Caldeliñas and Fonte do Sapo), which are part of the Thermal and Water Route – European Cultural Route. Without forgetting the passage in the territory of two variants of the Camino de Santiago: the south-east road of the Vía de la Prata (coming from Zamora) and the Via dell’Interior Portuguese (from Chaves -Portugal-).

An entire natural, artistic and cultural heritage to which the gastronomy of the area must be added, with products such as pepper (IXP Pemento de Oímbra), mushrooms and chestnuts (with their festival in Riós), cod, empanadas, kid, pork derivatives ( Chorizo ​​Festival in Ábedes -Verín-), and sweets such as bicas, bishop’s tongues or Cigarrón cake. A cake that takes its name from the figure of the Verín Carnival, declared a Festival of National Tourist Interest in 2009.

Why choose the Monterrei Wine Route?

Those who travel along the Monterrei Wine Route will discover a different landscape, a path immersed in the colors of wine, enriched by its history, its gastronomy and, above all, by the cordial hospitality of its people. Those who visit Monterrei will feel in a different land, with centuries-old roads, pilgrimage routes, popular architecture, boundless mountains, wild nature and, above all, wine, good wine.