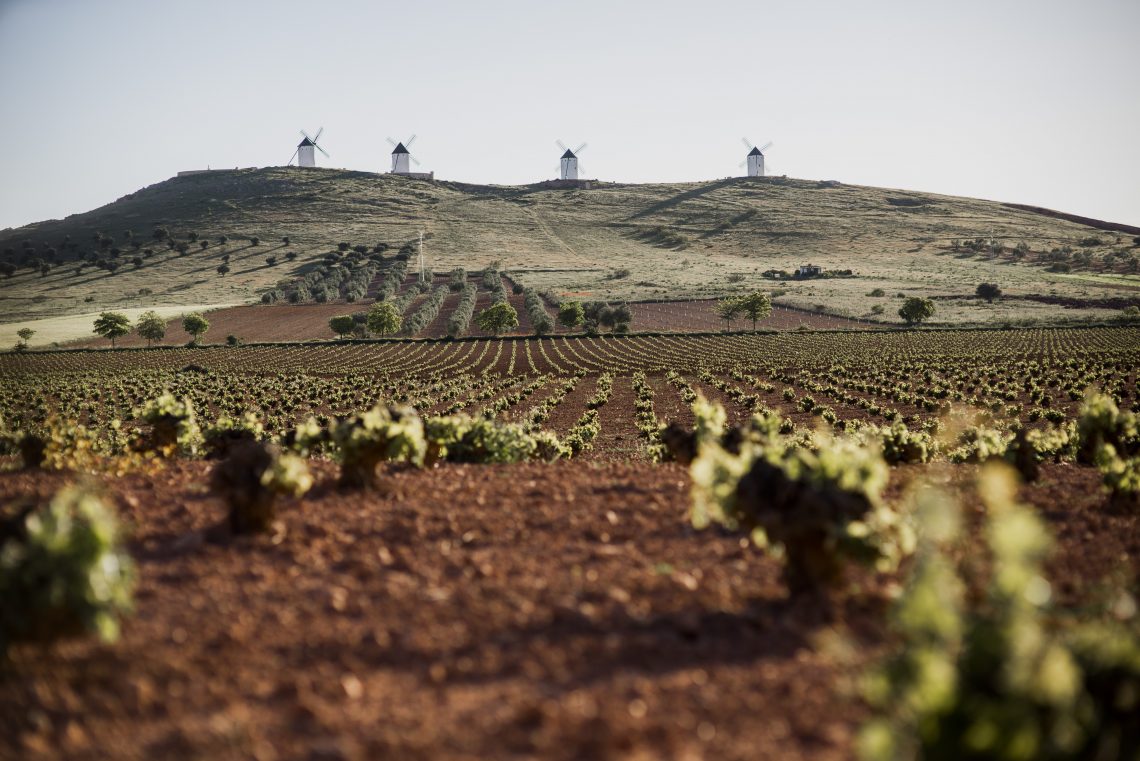 The winemaking history of La Mancha dates back to the times of the ancient Romans. A long tradition that makes this territory one of the oldest and with a high wine vocation.

The Great Commanders of the Order of Santiago were the major promoters of the viticultural development of this area, granting privileges to those who planted vines. Privileges that have remained in force for several centuries and thanks to which La Mancha is now defined as the land with a “sea of vineyards”.

Characterized by an exceptionally flat landscape, La Mancha is dominated by large expanses of vines and cereals, as well as areas of Mediterranean scrub that offer landscapes of great beauty and interest. 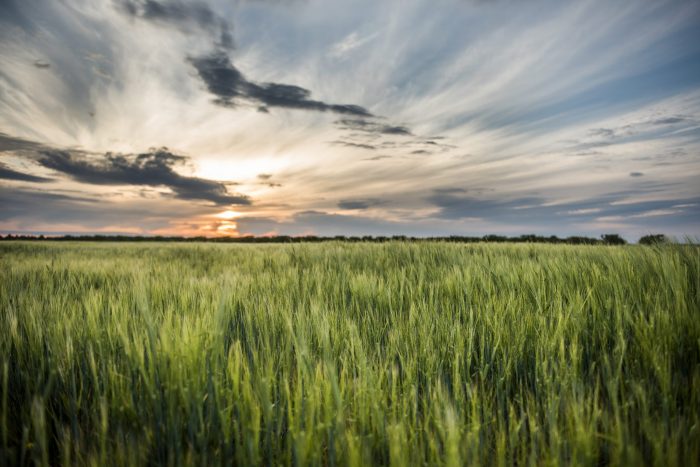 Wine tourism in La Mancha means exploring the past of the old wine producers. It is possible to learn more about how wine was processed in the past. In Tomelloso there are more than 100 caves, which can now be visited, where the farmers produced wine. In Villarrobledo the jars were produced, which were the amphorae where the wine was kept.

The La Mancha Wine Route is all this and much more. Let’s discover the opportunities and wine tourism routes offered by the words of Cristina Sánchez. 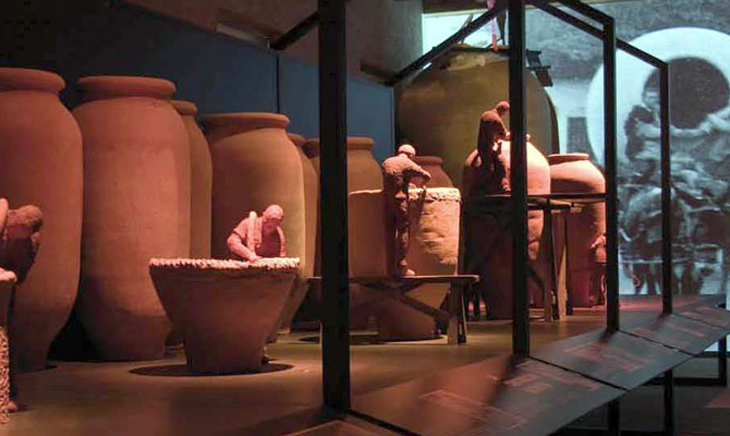 From when the Association was born to date, what goals has it achieved and what remains to be achieved?
We have managed to consolidate ourselves as a wine tourism destination, being one of the Spanish Wine Routes with potential for growth.

La Mancha Wine Route offers an important number of experiences that are communicated and marketed through the web and social networks. Furthermore, partners are the main beneficiaries of the marketing plan. We would like to improve the accessibility and sustainability of our offer, even though we have numerous sensitized partners who are already developing sustainable good practices. 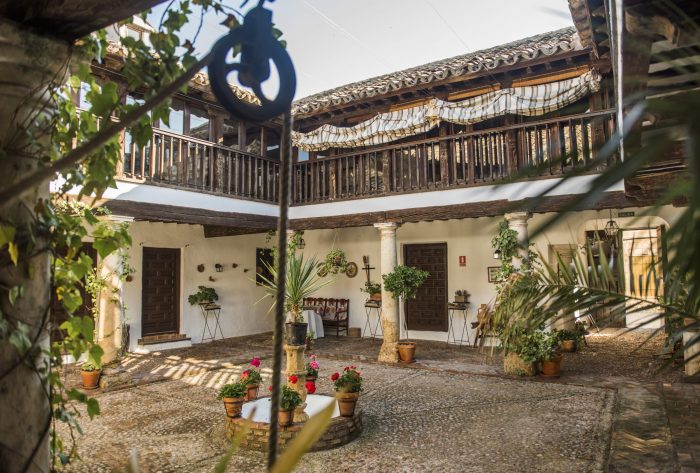 Through which services/activities do you promote the dissemination of La Mancha Wine Route?

The main lines of promotion are our channels: web, social networks, promotional material.We collaborate with other institutions, participating in trade fairs and events of interest and organizing trips for both travel agents and the specialized press. We also carry out national advertising campaigns and send press releases with the projects or initiatives of La Mancha Wine Route to the regional and local media. 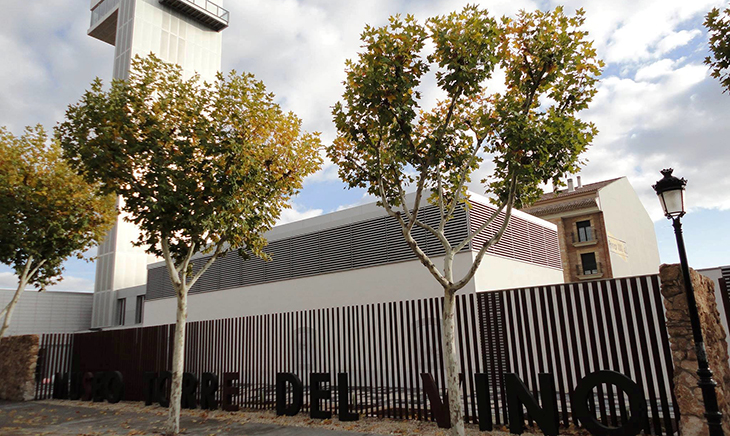 La Mancha is the largest vineyard in the world: we have more than 400,000 hectares of vineyards. We also have more than 3000 hours of light per year.

The soils, the climate, the rains are what define the wines of each region: our calcareous and clayey soils are located at an altitude between 600 and 800 m, the extreme climate: cold winters and hot summers. Precipitation is minimal: it does not reach 400mm. All these conditions, especially the hours of sunshine and scarce rains, prevent the appearance of fungi and diseases and ensure that our vineyards are in excellent health and require few treatments. This is why many of La Mancha’s winegrowers and winemakers are betting on natural, ecological and sustainable.

We have twenty-five varieties that produce wines with intense aromas and flavors from traditional white grape varieties: airén and macabeo, or cencibel or tempranillo in reds and garnacha to foreign varieties such as chardonnay or syrah that are perfectly suited to this land.

Can you briefly describe the route and the territories of cultural and enotourist interest that it crosses?

Alcázar de San Juan is a very lively city, with many leisure services and many cultural, festive, gastronomic activities. Its moment of splendor was in the 16th century when it became the capital of the San Juan Priory. We recommend a visit to the oil mills, the Wine Interpretation Center and the Hidalgo Museum.

Campo de Criptana is known as the “Land of the Giants”, due to the widmills dating back to the 16th century and the Albaicín district, formed by narrow streets and steep slopes, with buildings of typical one-storey La Mancha cave-houses, whitewashed lime with white and indigo base.

The fame of El Toboso is mainly due to Dulcinea, the imaginary and perfect woman that Don Quixote carried in his heart. A visit to the Casa di Dulcinea and the Cervantino Center is not to be missed with an interesting exhibition of editions of Don Quixote in more than 70 different languages

Tomelloso is a very dynamic and entrepreneurial city. The chimneys of the old spirits factories, the underground caves that still preserve the clay jars where wine was produced and stored and the Bombos, a type of typical rural construction that served as a refuge from the elements, stand out.

Socuéllamos is considered the “Country of wine” because it is one of the most important wine producers in the region. A crop that developed in the Middle Ages thanks to the Military Order of Santiago, which exempted anyone who planted a vineyard from paying taxes. A visit to the La Torre del vino Museum is a must.

Villarrobledo, with over 30,000 hectares of vineyards, is one of the leading producers of grapes and wine in the world. Famous for the elaboration of the clay jars that can be seen in the La Alfarería Tinajera Interpretation Center and for the celebration of one of the best alternative music festivals, Viñarock. 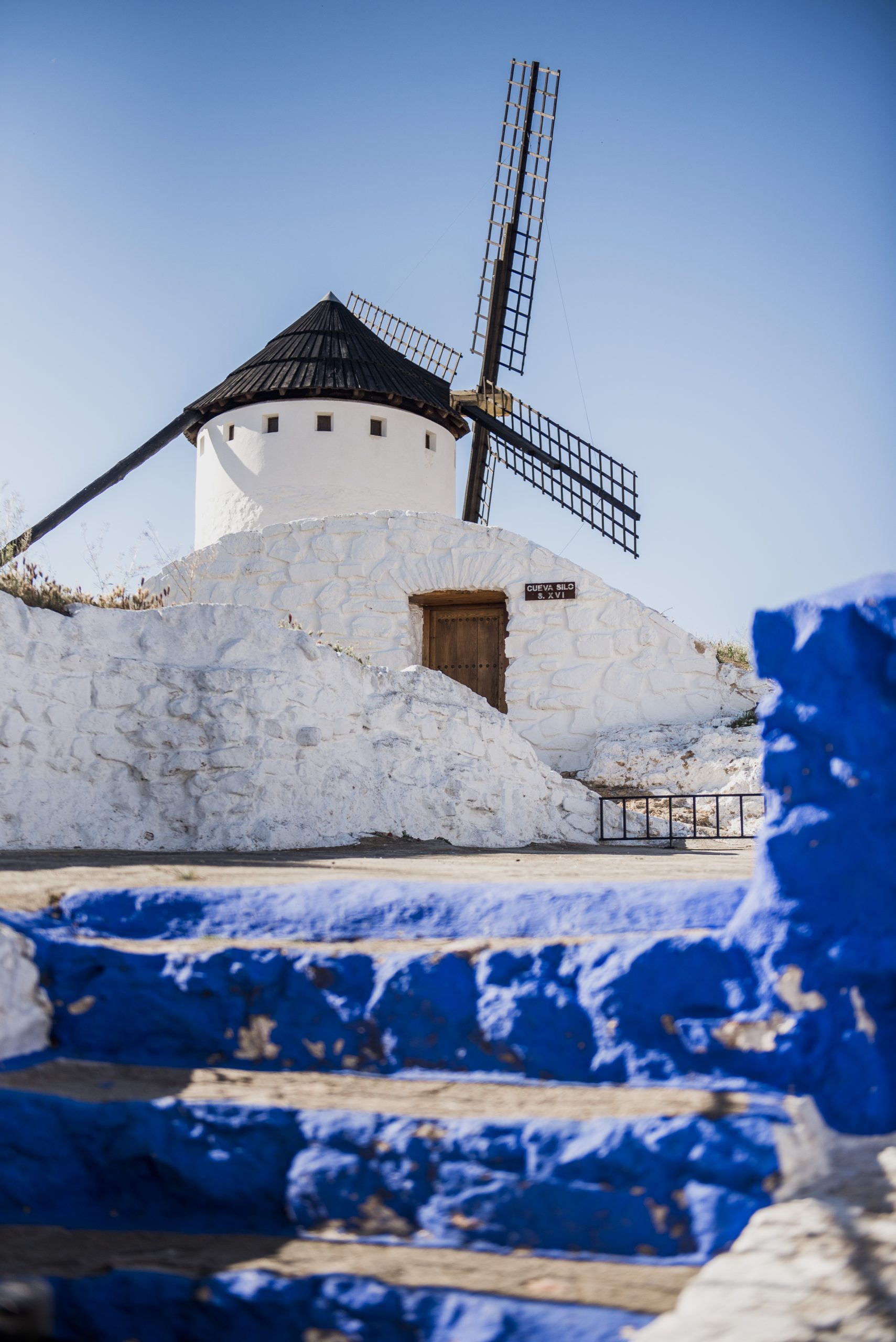 In the La Mancha Wine Route, in addition to enjoying the culture of wine, you can discover the places where the life and adventures of the universal knight Don Quixote and his squire Sancho took place.

Miguel de Cervantes in his novel describes the architecture of La Mancha, the landscape: the sea of vineyards, the clear sky, the infinite horizons, the mountains, the wetlands and the gastronomy. That cuisine of peasants and shepherds, travelers, priests, nobles and nobles: asadillo, migas, porridge, pisto, tiznao, cod, lamb, pork, roasts, gazpacho de pastor or galianos, rabbits, partridges, pepitorias, pickles and stews. Tasty dishes to combine with the excellent wines of this land.