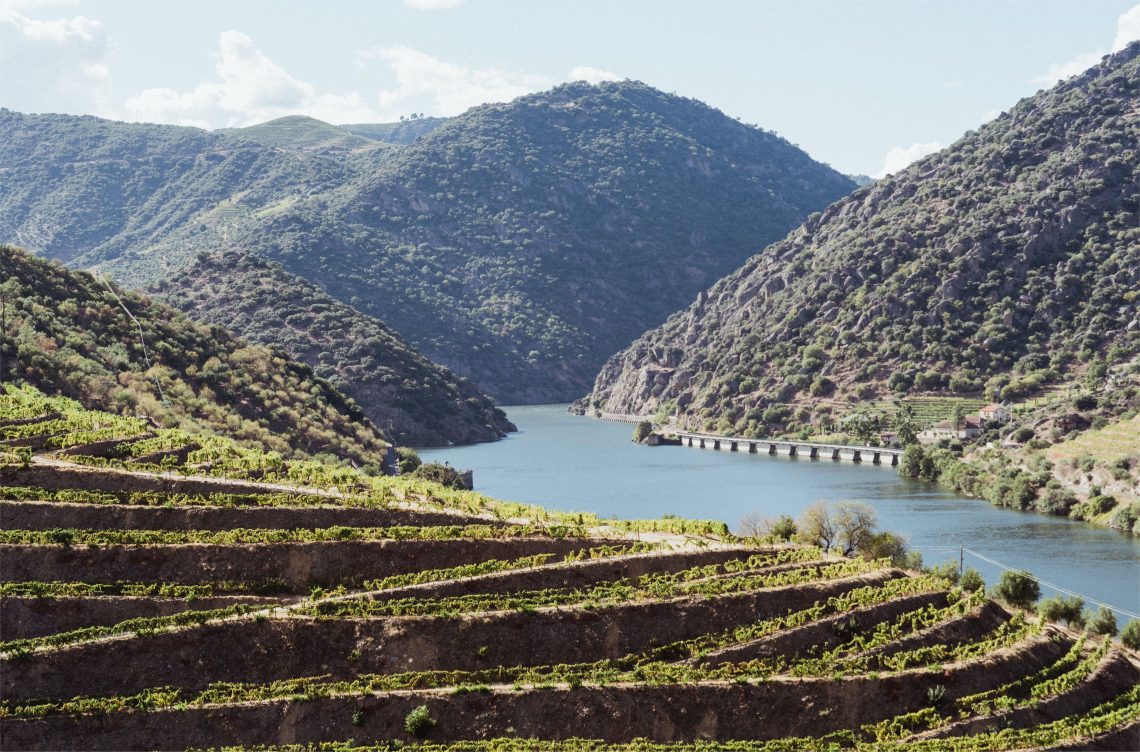 Although the wine history of Portugal, like that of other Mediterranean producing countries, has its roots well before the time of the Romans, it was the latter who introduced the cultivation of the vine in a systematic way.

The lucky season of Portuguese wines began, however, starting from 1600 when some English merchants presented the Port in the salons of the good Anglo-Saxon bourgeoisie. The positive feedback was such that many Brits moved to Portugal to become Porto producers.

The wars between England and France, from the mid-seventeenth century, went in favor of imports of Portuguese wine, placing an embargo on French wines. The English merchants landed in the Oporto area and invested there to make that area one of the areas with a high wine vocation, producing a fortified wine that they adapted according to their tastes.

The Douro valley thus became an exclusive symbol in the world for the production of Port wine. A territory proclaimed, in 2001, a World Heritage Site. A territory whose uniqueness is also safeguarded by public bodies, created with the aim of guaranteeing, approving and promoting the quality of the wines produced.

Created in 1933, the Port and Douro Wine Institute controls the quality and quantity of Port and Douro wines, regulating production and protecting the Douro and Porto designations of origin. 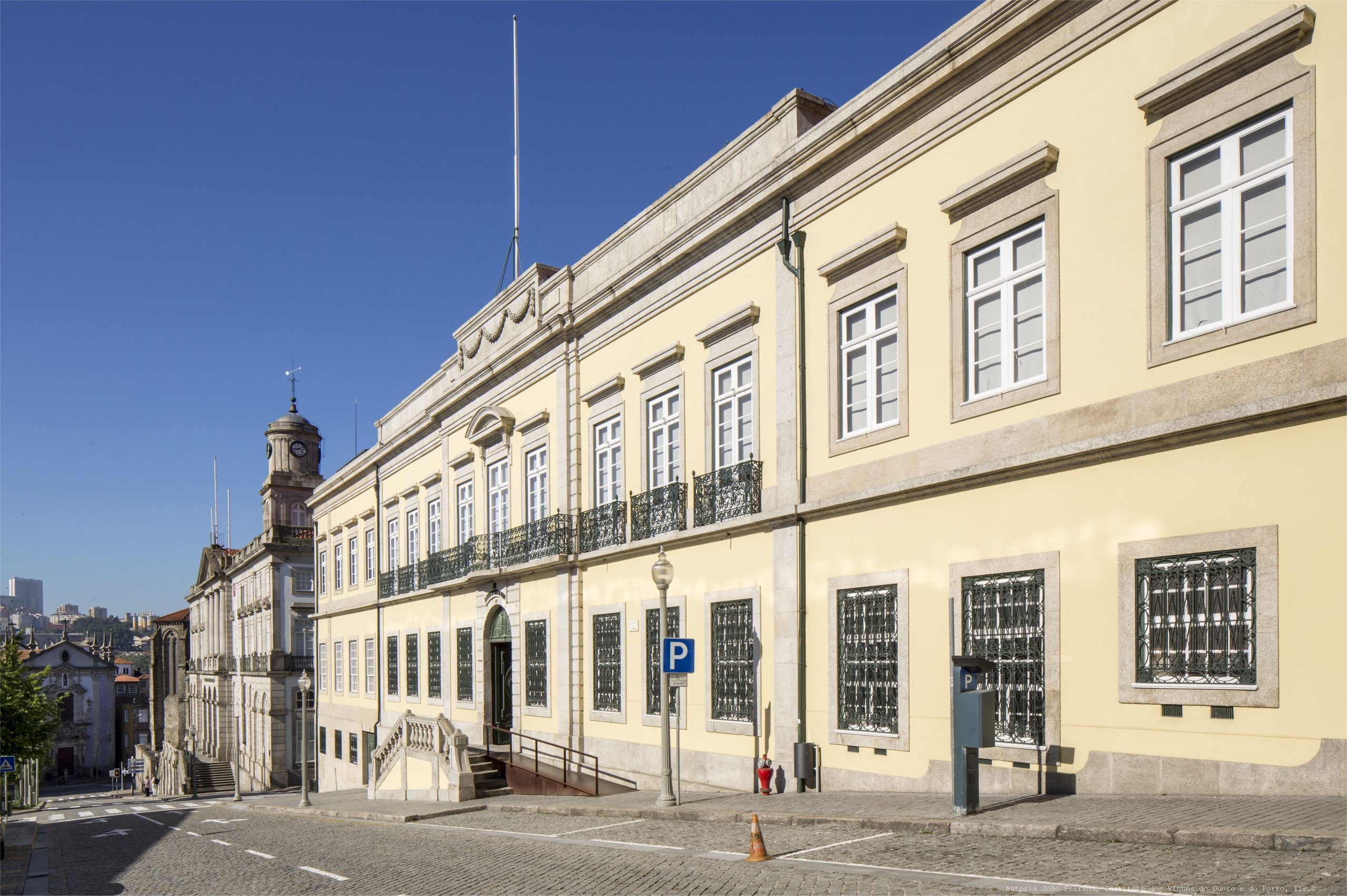 The Port and Douro Wines Institute (IVDP), supervised by the Ministry of Agriculture, is an ambassador of Portuguese excellence as explained by its President Gilberto Igrejas. 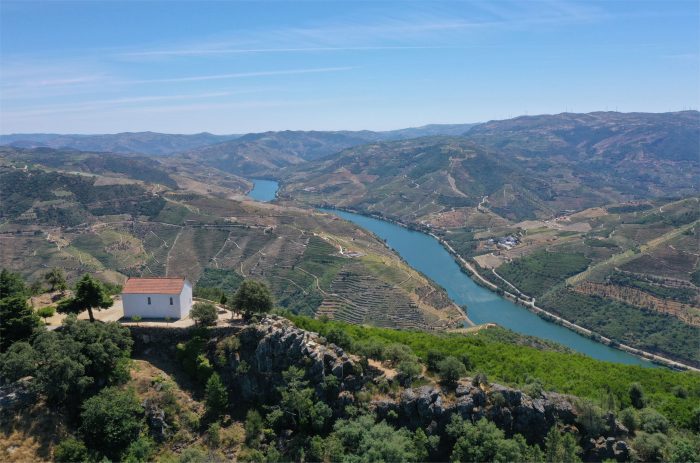 When was your Institute born and what tasks does it carry out?

Created on 10 September 1756, the Douro wine region is the oldest demarcated and regulated wine region in the world. It includes the Port and Douro designations of origin. These two designations of origin are the guarantee of the unmistakable and unique nature of these wines and their origin. This uniqueness is recognized and guaranteed by the Instituto dos Vinhos do Douro e do Porto (IVDP), created in 1933 as the Port Wine Institute.

The IVDP is the only body responsible for the control, certification, promotion, and protection of the wide range of wines with these designations of origin. Through the innovation of the producers and the efforts of the IVDP, quality is guaranteed, and consumer confidence is maintained.

It is the Institute that upholds the control of the quality and quantity of Port and Douro wines, regulating production as well as protecting and defending the Douro and Port designations of origin and the Douro geographic indication worldwide.

Global ambassador for Port and Douro wines, the IVDP is a public body, one of the government’s indirect administrative organizations, with nationwide jurisdiction. It is overseen by the Minister of Agriculture.

The IVDP‘s mission is to promote the control of the quality and quantity of Port wines, regulating the production process, as well as protecting and defending the Douro and Port designations of origin and the Duriense geographical indication.

Quality is an expression of the distinctiveness and uniqueness that is guaranteed and approved by the IVDP.

Binding specifications, rather than a regulatory standard of global reference, approved by the Interprofessional Committee of the IVDP, translated the will of the winemaking community in the region. Compliance with the specifications is enforced by the control and certification body – the IVDP. 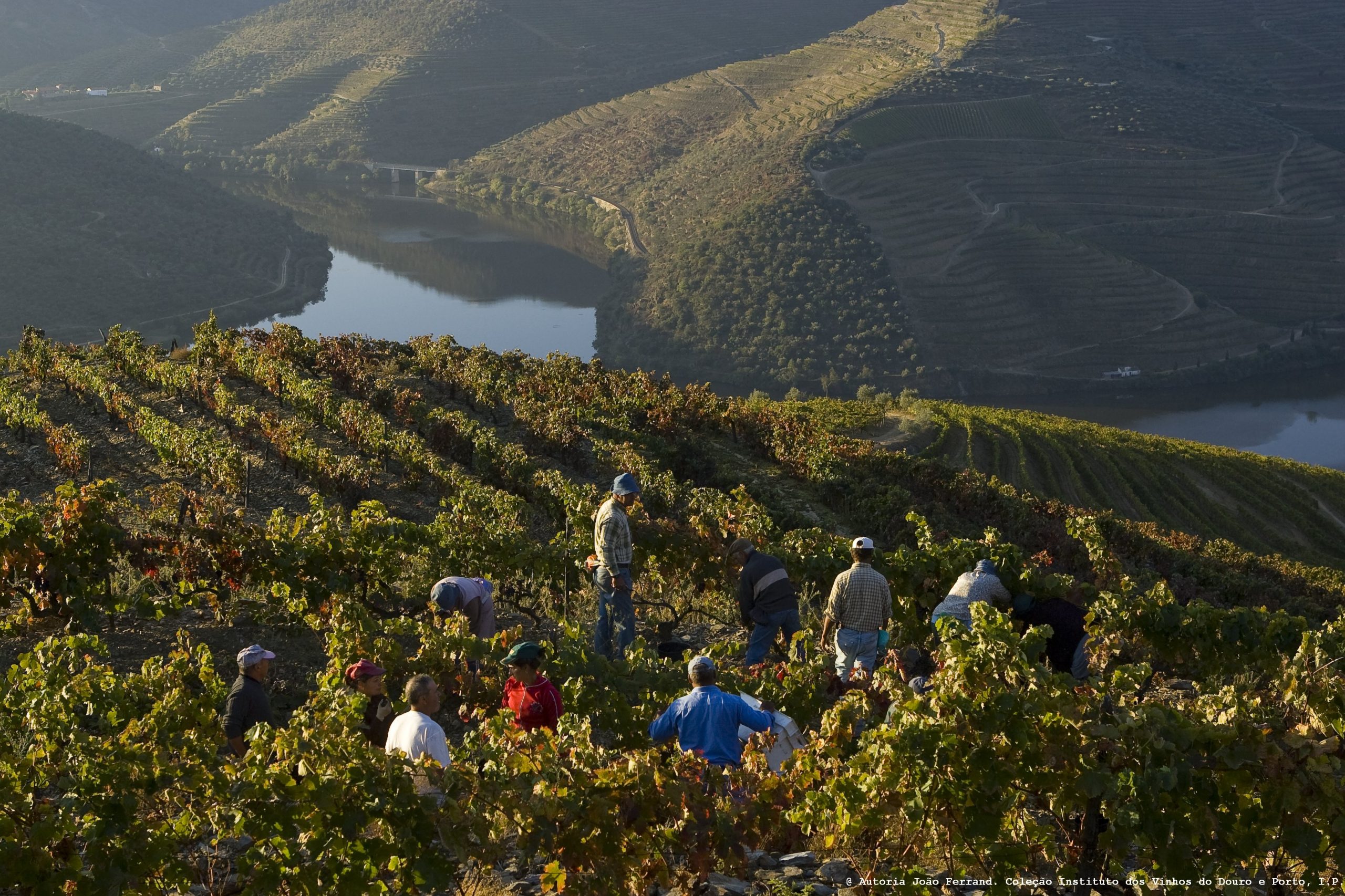 To be sold as Port, Douro or Duriense Geographic Indication, the wine must be certified by IVDP in order to obtain the Seal of Guarantee. Wine producers and shippers send samples to IVDP for certification whilst the IVDP also carries out onsite inspections to ensure that all requisites are being met.

The IVDP certification is done with great precision and implies a physical-chemical evaluation (which takes place in the laboratories) and a sensorial evaluation (by the Tasting Chamber).

Both the IVDP’s laboratories and Tasting Chamber are accredited by the Portuguese Institute of Quality. 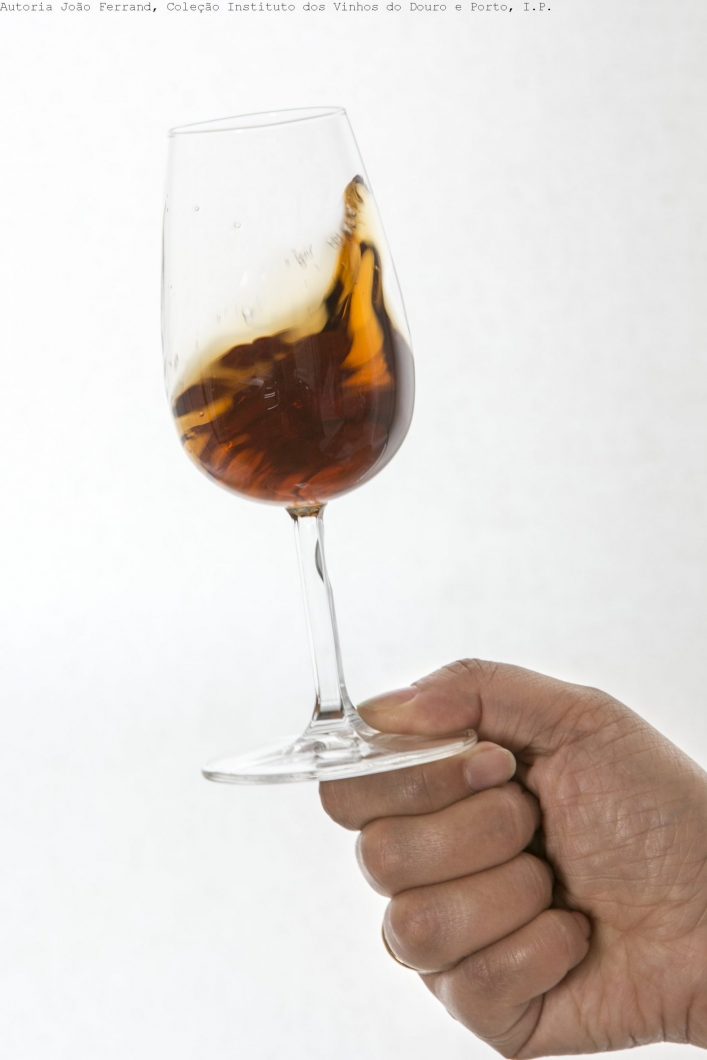 Porto and Douro represent Portuguese wine excellence, how do you defend and promote the quality of these two Designations of Origin?

The Port and Douro Denominations of Origin are the expression of a unique territory and reflect its excellence, requiring daily inspection, certification, protection, defence and promotion, activities exclusive to the IVDP, IP. Regarding protection and defence, in collaboration with the Ministries of Agriculture and Foreign Affairs, the IVDP follows the international negotiations that involve the protection of these appellations of origin, which are protected in over 160 countries through various mechanisms. The Appellation of Origin Porto is the oldest in the world (demarcated, regulated and controlled since 1756, although with an older use), and Douro is one of the most recent (regulated 1982, but legally recognised in 1907).as the protection and defence of the Douro and Porto appellations of origin and the Duriense geographical indication.

Port is available in over 100 countries and promotion is concentrated in ten markets, with various profiles and differing approaches. Our aim is to introduce importers, traders, and wine consumers to the diversity of wines from the Douro Valley, to increase their international recognition and to promote sales of premium qualities. By introducing different ways of enjoying Port (with food, in cocktails, at different times of the day), we are working to attract new and younger consumers and deseasonalize its consumption. 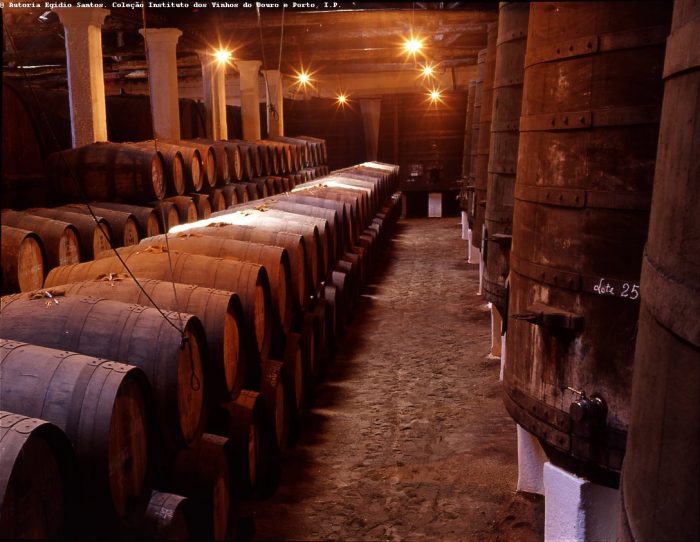 What visits does your Institute recommend/offer tourists to get to know the territory better, absorbing a culture that also tells the territory of the two products?

The Douro stands out as one of world’s top visitor destinations, especially for wine lovers, offering unrivalled quality, unique wine, and cuisine experiences, as well as a combination of tourist, leisure, nature, and other activities. The Quintas, (wine estates) are fully equipped and staffed and able to respond to requests from even the most seasoned and demanding wine aficionado.

To understand Port and Douro wines, any visit must encompass the Douro region and the city of Porto. Visitors have the opportunity of visiting three UNESCO World Heritage Sites: The Historic Centre of Porto, the Alto Douro Wine Region, and the Coa Valley, site of rare prehistoric rock art.

Port’s famous wine cellars, located across the River Douro from Porto Centre via the Gustave Eiffel-designed Luis I Bridge, reveal an array of distinguished styles of Port to sample before heading upriver into the majestic Douro Valley.

A Wine Enthusiast “7 Best Wine Travel Experiences of 2020”, the Douro Winemaking Region provides visitors the opportunity to explore ancient innovations in wine production set within a Mediterranean climate. The birthplace of Port, this region has recently produced several highly regarded red, white, and rosé Douro varietals as well – there is so much more to discover!

With all this in view, the IVDP has a re-vamped Port and Douro Wines’ Route, in accordance with the principles set out in the European Wine Tourism Charter: this will include wineries, winemaking facilities, reception centres and other related facilities that provide diversified and complementary visiting and experimentation programmes and contents, thus contributing to enriching the experience of tourists in discovering Port, Douro and the regions they come from.

Can you describe the peculiar characteristics of the Porto and Douro territories that make wine production special?

The Douro is the world’s oldest demarcated and regulated wine region. Created in 1756 when the Marquis of Pombal established the General Company of Agriculture of Vineyards of the Alto Douro.

In 2001, the Alto Douro wine region was classified by UNESCO as a World Heritage Site for its “cultural and evolutionary living landscape”.

Protected by the mountains that surround it, the Douro Demarcated Region, with its slopes of schist, benefits from a diversity of microclimates and is divided into three subregions: Baixo Corgo, Cima Corgo and Douro Superior. If history and human occupation dictated the rhythms of the vineyard deployment, the climatic differences have produced different terroirs that differ in the wines: advancing upriver, humidity and temperatures rise, resulting in a drier climate and with higher thermic amplitudes.

There are 250 thousand hectares of total area that produce two types of wines: Port and Douro. The vineyards in the Douro are the result of the hard work of many centuries. One of their expressions is its valuable genetic heritage, with over a hundred vine varieties, which are suitable to the various Douro terroirs.