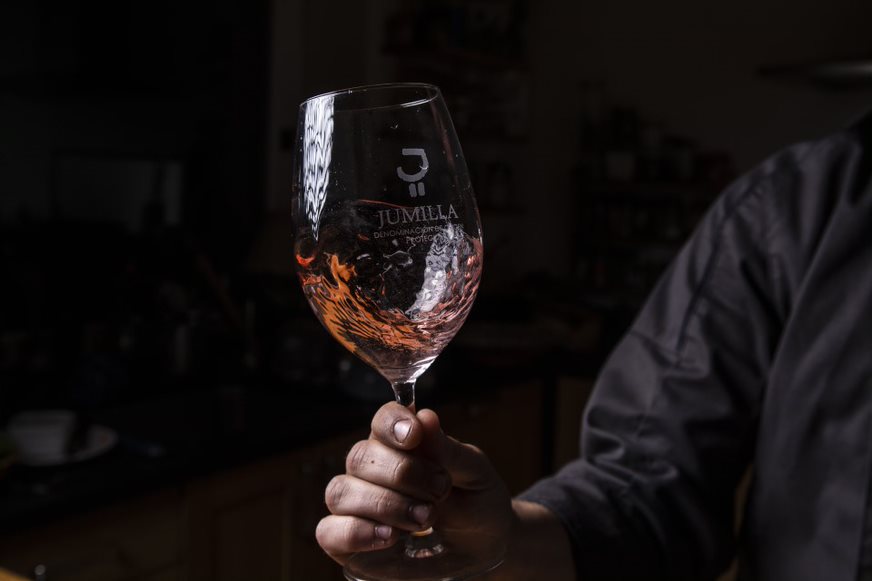 The Jumilla PDO includes about 22,700 hectares of vineyards scattered between the Spanish provinces of Murcia and Albacete.

A centuries-old wine tradition that has its roots in the times of the Roman Empire. It was, however, when, in the mid-nineteenth century, the philo-oxera plague struck vast areas of Europe, especially in France, that the Jumilla wine industry began to grow, especially in the number of exports that allowed it to enrich the local agricultural sector.

Over the years, Jumilla has become one of the oldest Designations of Origin in Spain, regulated since 1966.

Let’s find out more from the words of the PDO President Jumilla, Silvano García. 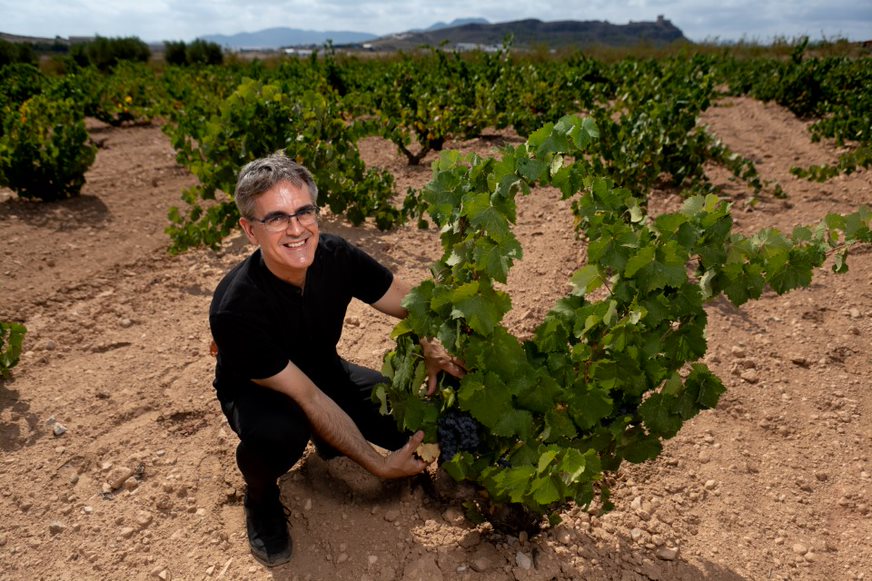 When was the Jumilla PDO born?
The Protected Designation of Origin Jumilla was born in 1966 when Albacete and Murcia were the same Autonomous Community. Hence the supra-autonomous character of our Denomination. This makes the Jumilla PDO one of the oldest in Spain.
Furthermore, there is evidence that vines have been cultivated in the area for more than 5,000 years, since vitis vinifera seeds have been found in our area, dating back to 3,000 BC, thus being the oldest remains of beech in all of Europe. 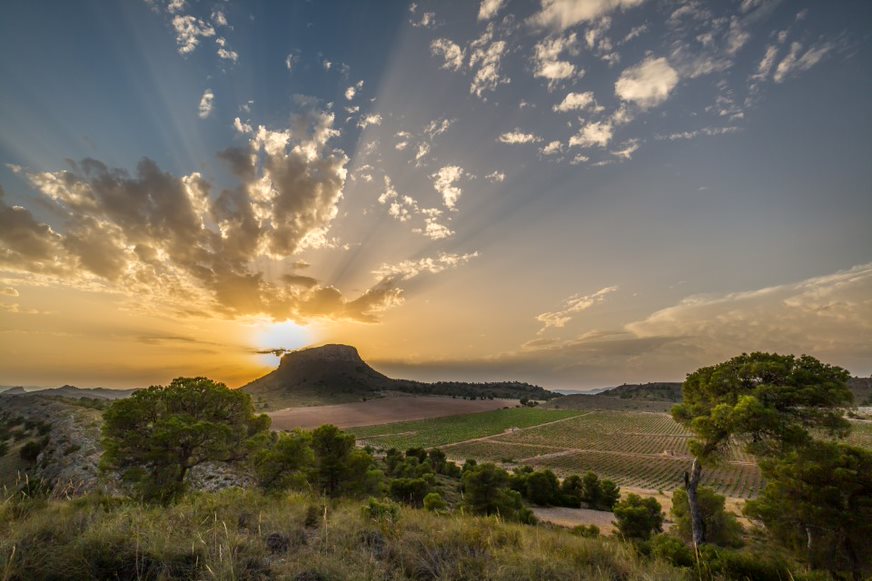 What are the characteristics of the territory and the wines?
The territory of Jumilla PDO is very varied, with different types of soil, altitudes, exposures.
Our PDO has more than 3000 hours of sunshine per year, less than 300 mm of annual rainfall, this leads us to grow our crops in dry soils and our main variety, Monastrell, has adapted to this climate and makes it penetrate its roots in our limestone soils to look for the water and humidity that is retained there.
Our soils are generally stony, the closer we get to the slopes of the mountain and as we go down these stones become smaller, due to erosion. 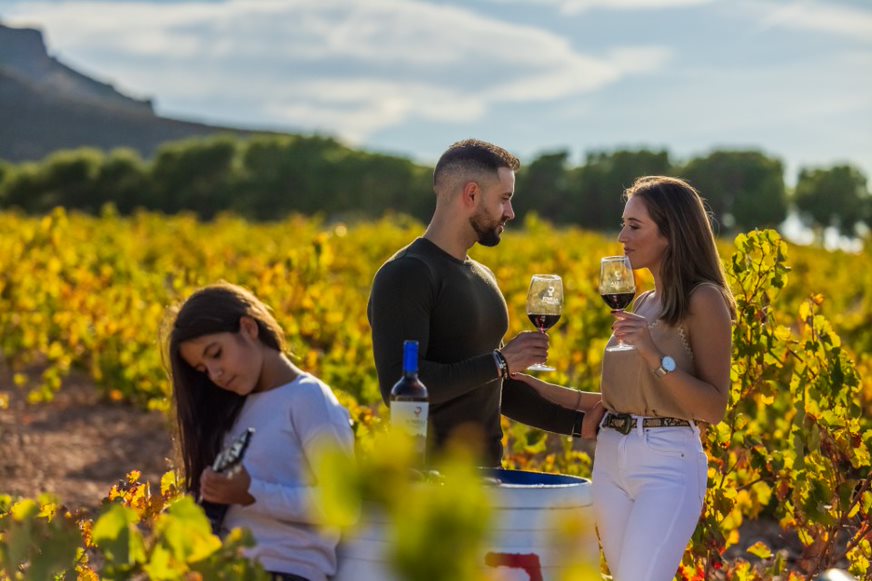 As for wines, Monastrell is the main hero of red wines, even if to these are added varieties such as Syrah, Cabernet Sauvignon or Garnacha Tintorera, among others. These wines, especially the young ones, are characterized by being very expressive on the nose, their fruitiness (black fruits, ripe fruits, cherries, strawberries, currants), their intense color, generally deep purple red with purple edges. On the palate they have structure and strength, with lively and resistant tannins. Wines aged in oak show the elegance of well integrated wood, they are tasty, meaty, aromatic and complex. Rosé wines are obtained mainly from the Monastrell variety, by pressing this grape and short macerations of pulp and skins.  They are clean and bright wines, with very captivating tones such as rose, raspberry, cherry, with purple hues. In terms of aromas they are elegant, fruity and floral, keeping the aromas of the variety and in the mouth they are meaty, tasty and fresh, with a broad aftertaste. The white wines are bright and nuanced, with shades from greenish yellow to straw yellow and fruity, citrus and fresh aromas. On the palate they are vibrant, highlighting its freshness, lightness and balance. Natural sweet wines and liqueur wines are high quality traditional wines. Bright, dense and with an intense color, they provide aromas of ripe fruit, balanced acidity, good tactile sensations and are very persistent in the mouth. 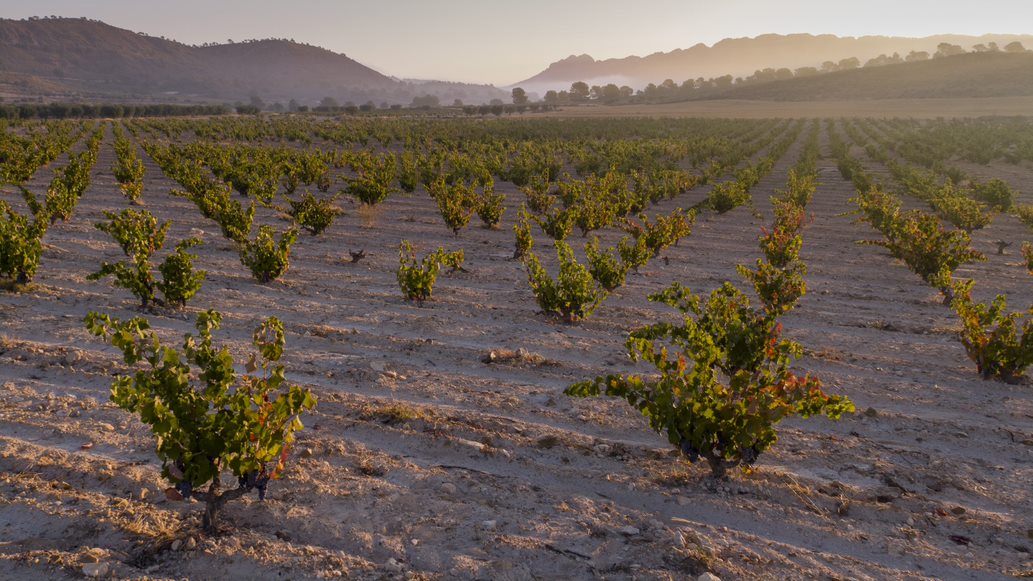 As for wine tourism, what kind of proposals and territories do you offer to the user?
Jumilla PDO is part of the Jumilla Wine Route, a wine tourism proposal that includes wineries, heritage, gastronomy.
The chances offered by the area are many and varied, the landscapes that make up our denomination are spectacular, and also offer the visitor the opportunity to enjoy life in the open air. We have very important mountain ranges such as El Carche, Santa Ana, El Madroño, El Pitón Volcánico de Cancarix.
Regarding the heritage, in Jumilla we have the pendientes (earrings in the shape of a grape) of Iberian origin which were found in Coimbra del Barranco Ancho and which are a symbol of our Quality Competition. Currently, they are located in the Municipal Archaeological Museum. Jumilla Castle is another symbol of the city.
In Hellín we have a historical center declared BIC (Bien de interés cultural. Asset of cultural interest), the archaeological site of Tolmo de Minateda, a three thousand year old city, whose Holy Week has been declared of international tourist interest.
Equally interesting are the other municipalities that make up the Jumilla PDO, we can find a Roman aqueduct in Albatana, the Ontur dolls. 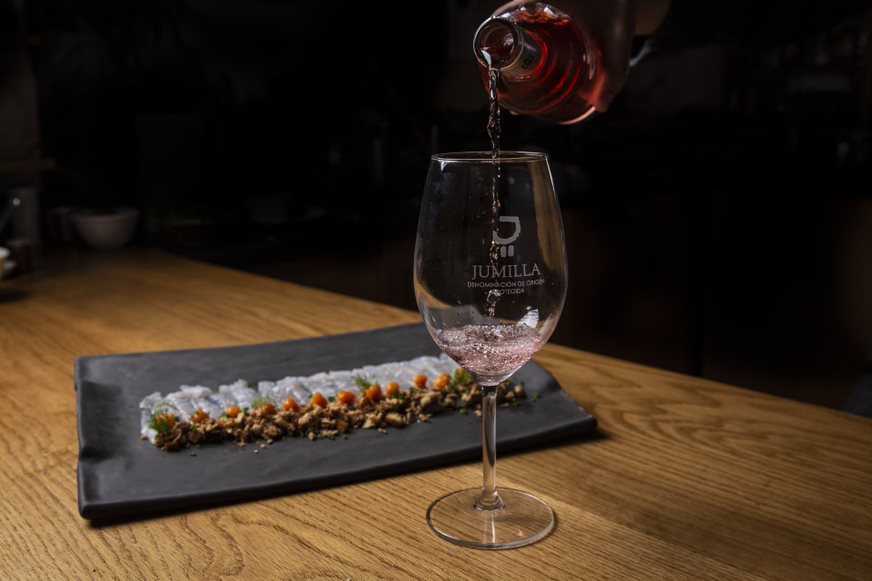 What are the goals set for the near future to spread your excellence more and more both nationally and internationally?

Continuing to bet on the things that make us unique and that differentiate us such as our Monastrell vine or the Pie Franco vineyard, another of our distinctive features.
All this combined with the tradition of our Denomination create the perfect fertile ground to continue growing. 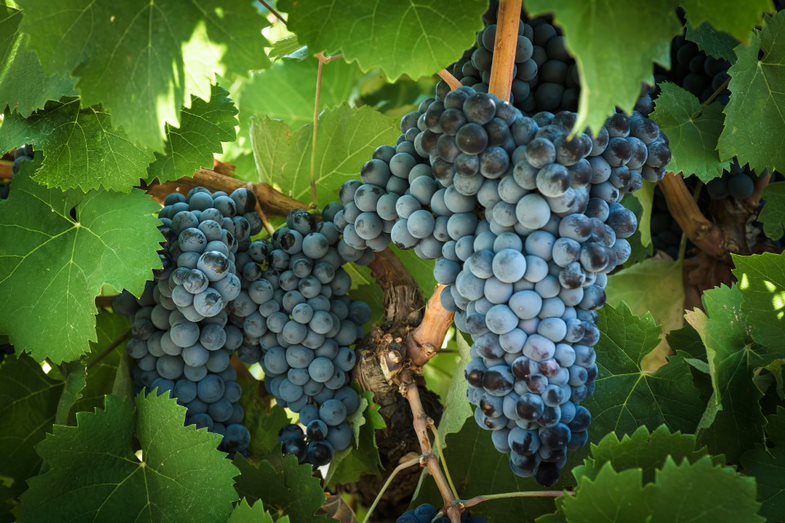 Why are wines with Jumilla PDO special?
Jumilla PDO wines are mainly obtained from our queen variety, Monastrell, which represents almost 80% of the total vineyards planted in the Denomination. They are wines full of nuances, fresh fruit, sweet, with balsamic and scrub aromas. On the palate they are mineral wines, which faithfully reflect the place they come from.
We have five types of wines, white, rosé, red, sweet and fortified. Another distinctive feature of the variety of this magnificent territory.