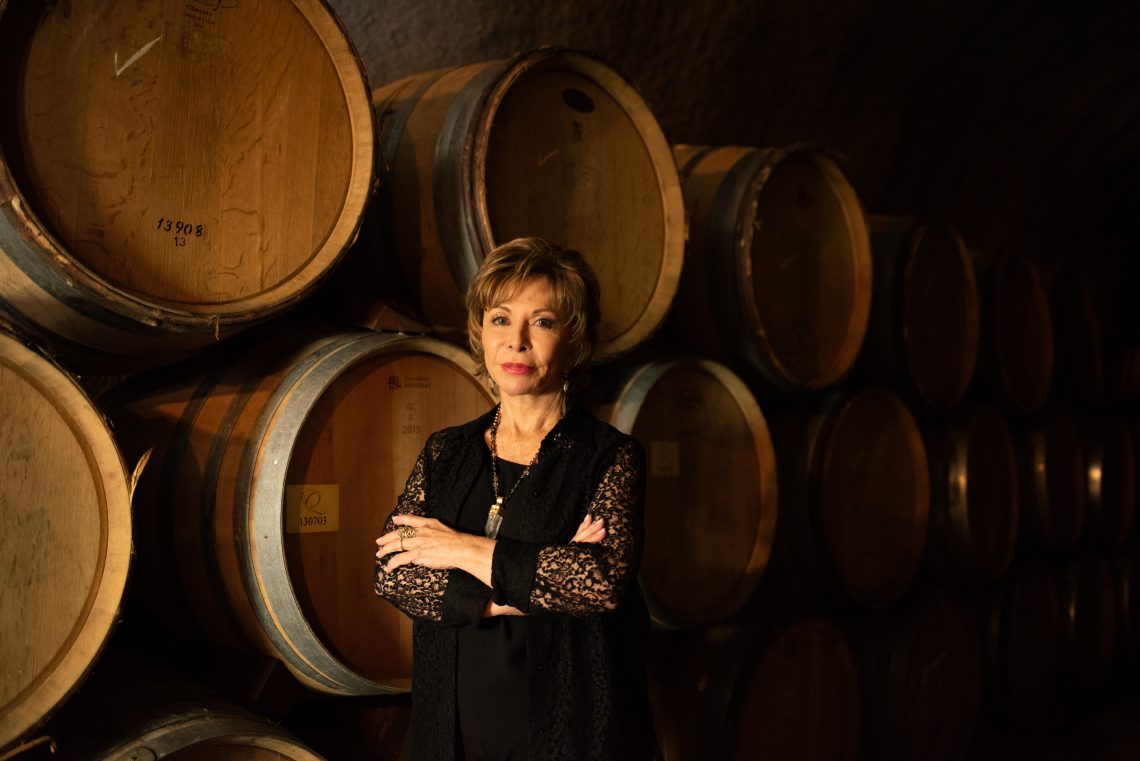 “Nectar of the gods, consolation of mortals, wine is a marvelous beverage that has the power to drive away worries and to give us, though it be for but an instant, the vision of Paradise”. 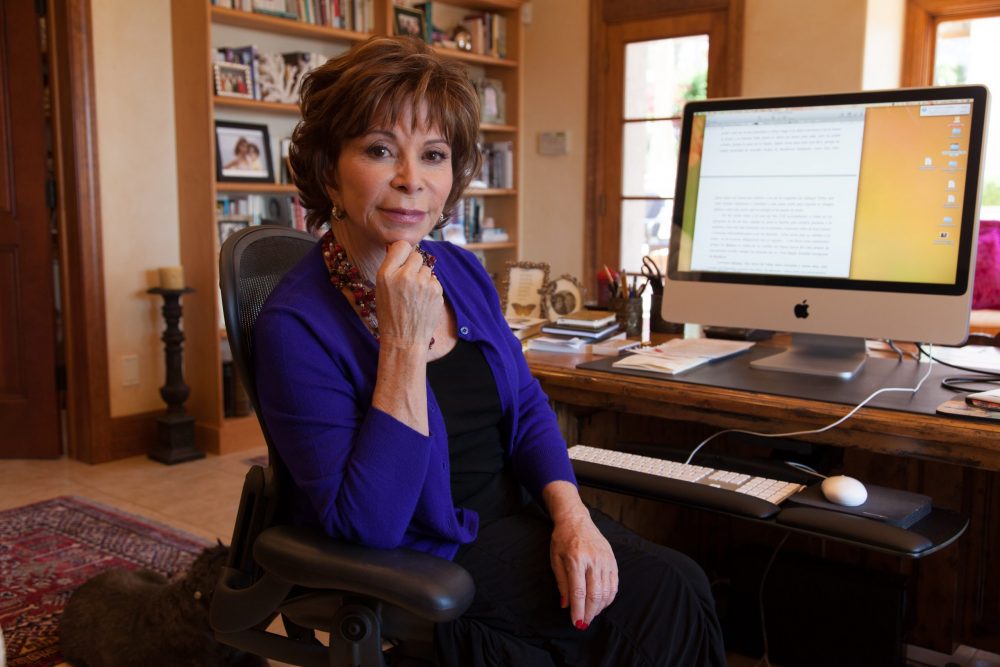 25 books, translated into 42 languages, over 75 million copies sold worldwide, numerous international literary awards and honors (such as the Presidential Medal of Freedom conferred on him by the President of the United States Barack Obama), these are some of the numbers by Isabel Allende, the most widely read living Spanish-speaking writer in the world.

Born in Peru, from the marriage between Francisca Llona Barros with the diplomat Tomás Allende Pesce, cousin of the former Chilean president Salvador Allende, after the separation of her parents, at the age of three, Allende returned to Chile where she lived with her mother and brothers until 1953. Subsequently, the writer moved first to Bolivia and then to Lebanon, in Beirut, together with her mother’s second husband, also a diplomat.

In 1958, Isabel Allende returned to Chile again and approached writing, working as a journalist.
In 1975, following the settlement of the military dictatorship in Chile, the author of “Eva Luna” left the country with her family, moving to Venezuela where she lived for thirteen years. There, she began her career as a novelist with the publication, in 1982, of the best seller “The house of the spirits”. Her global success continues with subsequent novels and film adaptations of some of her hits.

At the end of the 1987s, the writer of “Along Petal of the Sea” moved to the United States. Here, she continues her brilliant career, interrupted in 1991 (the year in which “The Infinite Plan” is released), due to a very rare disease (porphyria) that affects her daughter, Paula, causing death a year later, at only 29 years old. A tragedy that distances Allende from literary production. She will return in 1994 with the autobiographical book “Paula”, dedicated to her daughter.

Since 1997, Isabel Allende, with “Afrodita”, begins her most prolific phase with an average of one book per year, whose writing begins every 8 January.

One triumph after another that places the author of “The soul of a woman” in the Olympus of contemporary fiction.

An intense life, the first fifty years of which are told in the three-episode miniseries “Isabel”, which premiered in Latin America and Spain on the Amazon Prime Video platform, of which Allende provided photos and videos.

In her literary production, Allende has dealt with various genres and as many themes: political, historical, autobiographical, children’s novels, showing a rare versatility in dealing with different themes. A talent dormant until the age of forty when, with her grandfather dying in Chile, the author of “Inés of my soul” begins to write a letter, where childhood memories, the nostalgia of Chile, of work and friends, become, unknowingly, narrative material for “The House of the Spirits”.

Getting to the top of the sales rankings can, in some cases, also be a combination of favorable circumstances. Maintaining that peak, consistently publishing best sellers, having the ability to adapt writing, themes and narrative techniques to the times that inevitably change, without “betraying” the readers, is an exclusive feature of purebred writers, as well as rare talent. Isabel Allende is all of this and with her latest literary effort “Violeta” (2022) she still confirms, if needed, charisma and narrative ability. 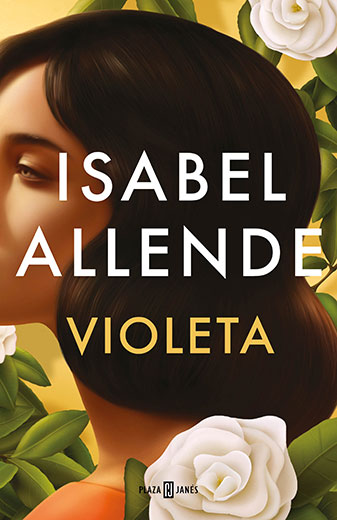 Closely linked to contemporaneity but, as always, equally connected to memories and personal experiences, with “Violeta”, the author of “The Japanese lover” gives a slice of life lived between two pandemics, the Spanish of 1920 and Covid19.

The material from which Allende drew inspiration for the narration is, among other things, the correspondence between her and her beloved mother. In the nearly 24,000 letters that the writer of “My invented country” declared to possess of her mother and copies of her own, her story in detail of a life is preserved. At the death of the woman, which took place in 2018, at the age of 98, the instinct to tell the long and intense life of Panchita was strong but, at the same time, the pain was still too close to tell with the right detachment such an immense love.
“Violeta” is the best compromise where fantasy and reality are, as always, skillfully intertwined, giving life to a character that remembers, in part, the profile of the mother but, at the same time, moves away from it in other aspects. Another wonderful female portrait, where there are references to a certain type of society, classist, conservative, male chauvinist. 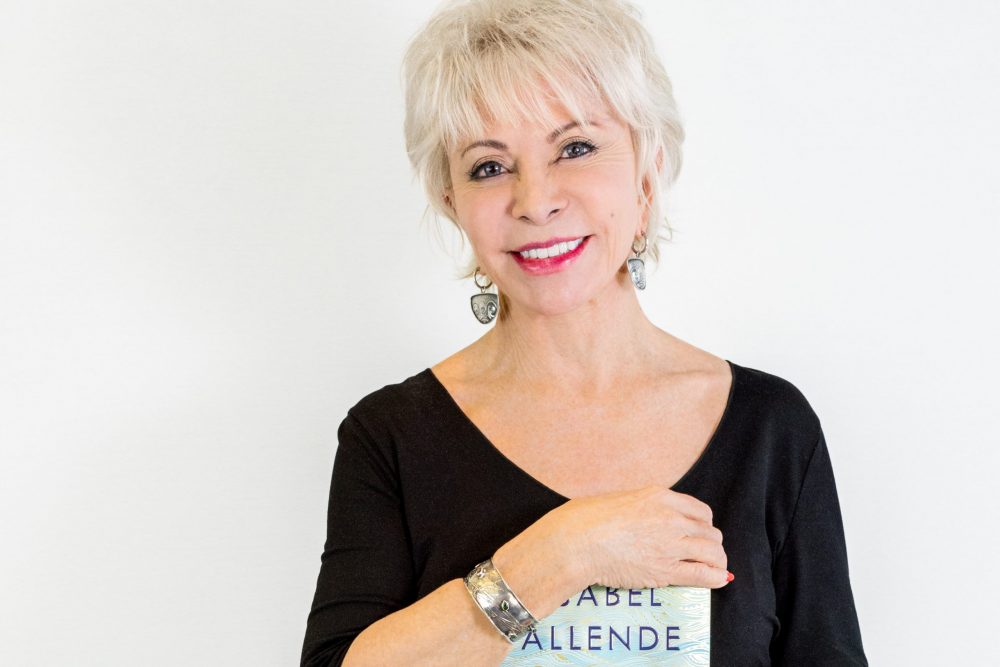 Violeta is the one who tries to undermine the dictates of a generation that struggles to accept diversity and freedom in their broadest meanings.

Some themes of the novel, such as violence against women, are still sadly current and not just in Latin America.

Allende talks about society, exposing the limits, vices, weakness and strength of characters who, for this very reason, become credible.

The strength and audacity that the author of “Maya’s notebook” gives to Violeta is what she would have wished for her mother, unable, unlike the character, to support herself economically. The same independence she wishes for all women in the world.

Isabel Allende is so contemporary and this ability to live her time, without forgetting her origins, makes her loved even by the younger generations.

A passion for various aspects of life that the author also recounted in one of her best sellers, “Afrodita”, where cooking, good food and a glass of wine become instruments of pleasure and conviviality.

In this interview, the Chilean writer talks about her latest novel and gives us some considerations on the “Spirit of wine”. 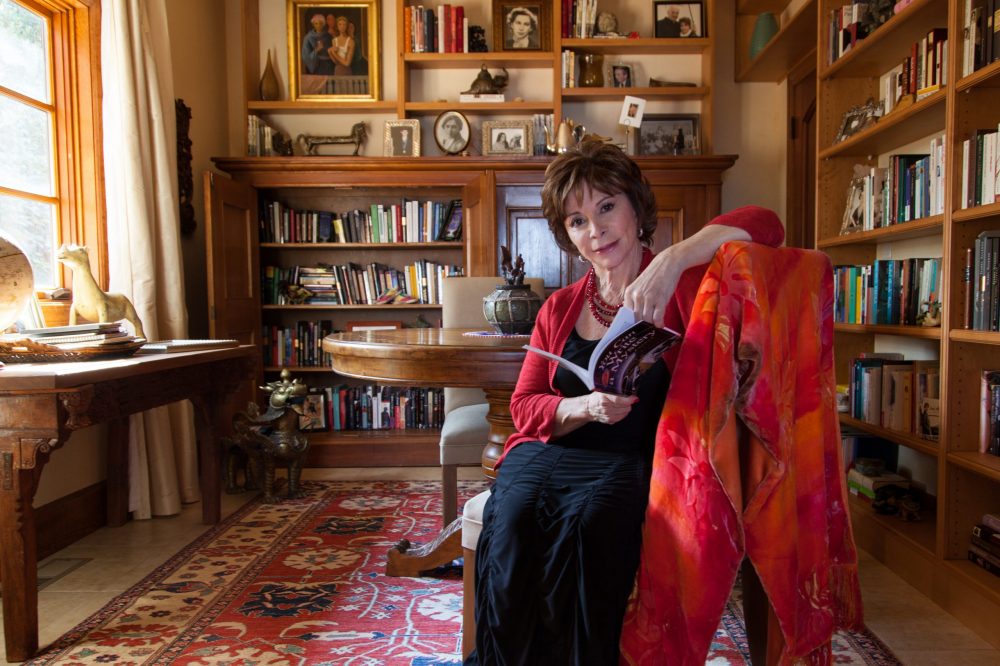 Mrs. Allende, with “Violeta” you confirm how much, despite your decades spent in the United States, now a naturalized American, Chile is the place where memory, passions and hopes are indissolubly intertwined. Not just this. In the novel, through the events of Violeta, Latin America is crossed and told. How, after so many novels and as many narrated lives, does this wonderful continent, at times still tormented, manage to surprise you and is a constant source of inspiration for you?

I have been a foreigner all my life, first as daughter of diplomats, then as a political refugee and now as an immigrant.  Where are my roots? For some strange reason, they are in Chile, although I have lived most of my life abroad. In my writing I go back constantly to the landscape and the history of Chile. Much has changed in Latin America – and especially in Chile – during my lifetime, but the spirit remains intact. I will never run out of stories. My continent will always give me abundant material for my books.

“Violeta” is also the portrait of the evolution of society, with the ambitions, greed, passions that have always moved the world, a world where women often struggle to find “their place”, without having to depend on a man. You have devoted the entire life to giving a voice to women, not just through your novels. How much does your personal experience affect your desire to raise awareness of the importance of the true (and not fictitious) emancipation of women, especially in some parts of the world?

I was born in 1942 in a conservative, Catholic, patriarcal and male chauvinistic family and society. I was raised to be a wife and a mother but I rebelled very early on. My personal journey to escape the restraints imposed on women and to be in control of my life has not been easy but the rewards have been great.  I have been a feminist since I can remember. Even before I knew the word or the concept of feminism, I was fighting for independence and to be respected. As a journalist and now as a writer I tell stories of strong and resilient women. I also have a foundation whose mission is to invest in the power of women and girls. We work with the most vulnerable and at risk. 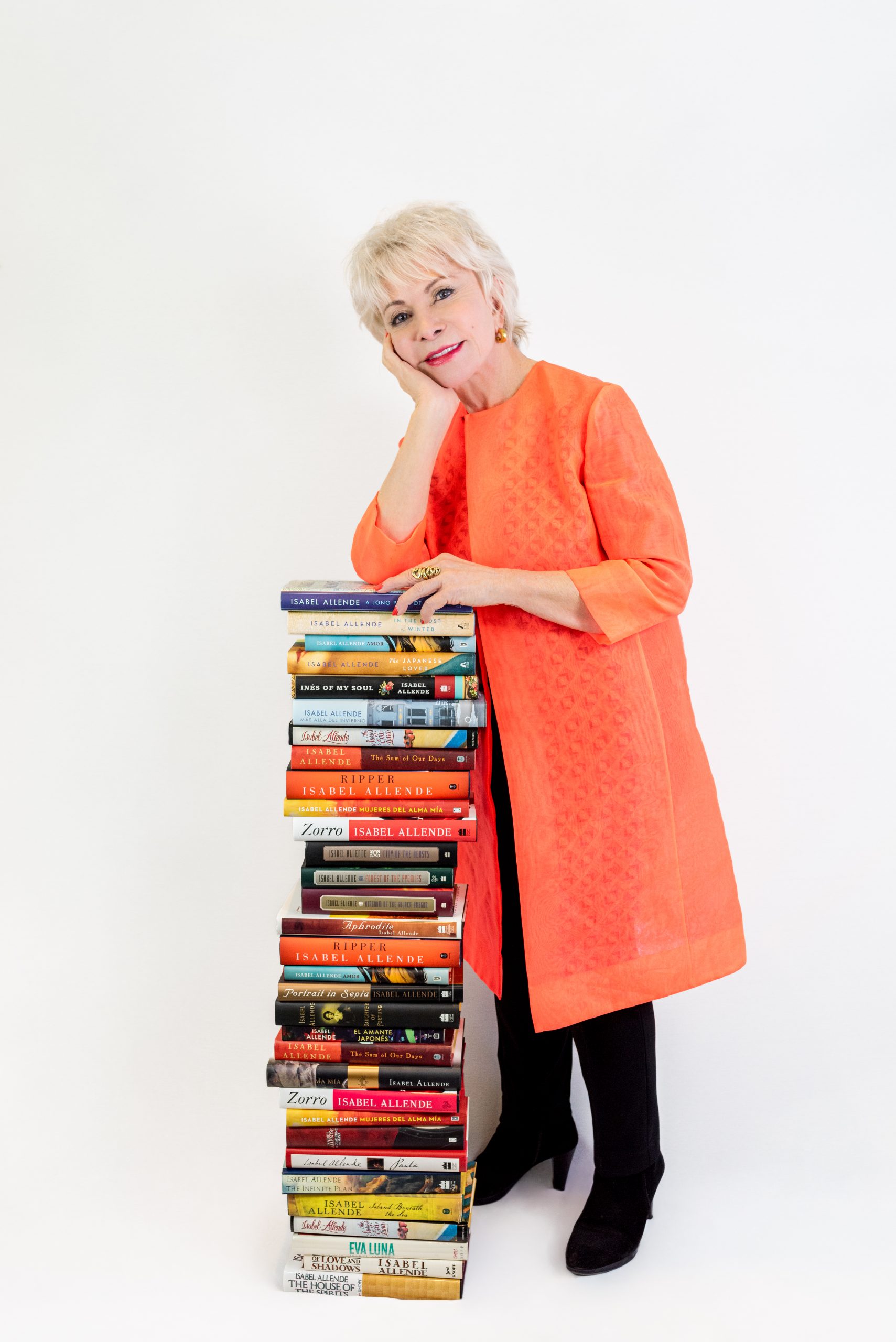 In your life, passion is a stimulus to live fully, as you demonstrated in the lucky “Afrodita”. In one of the passages of the book you write: “The most intense carnal pleasure, enjoyed without haste in a messy and clandestine bed, a perfect combination of caresses, laughter and mind games, tastes like baguette, ham, French cheese and Rhine wine” . In the course of your life, having traveled all over the globe, which wines you tasted aroused and still arouse pleasant emotions? Which Italian wines among these?

The scene described in “Afrodita” is one of the most cherished experiences of my life, a clandestine love affair and a bottle of German wine. That was 35 years ago and the memory still makes me smile. And I am 80 years old! I also have good memories of certain Italian wines, like Giacomo Conterno and Angelo Gaja which I had on a book tour, and some white ones like Greco Di Tufo, Trebbiano and Verdicchio on a honeymoon in lake Como. I believe that if I am going to get the calories, I better drink really good wines. Life is too short to drink cheap wines. 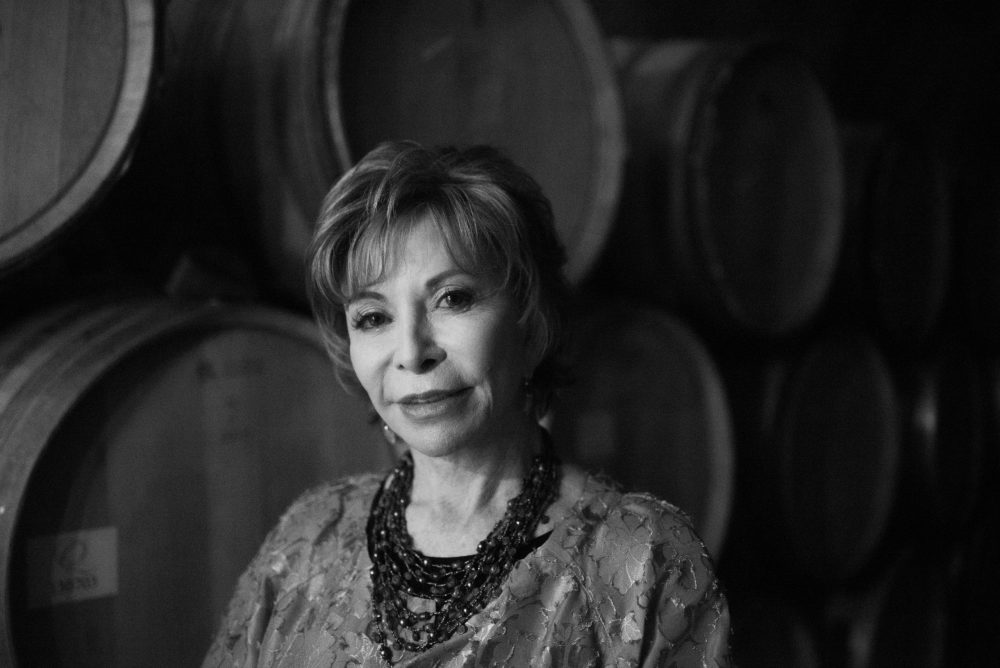 Wine is the culture and history of peoples. At one time, the world of wine was purely male, while today women owners of wineries, oenologists or wine writers are no longer an exception. After all, wine and literature have some common characteristics. To “be given to the world” they need perseverance, constant work and also waiting. Who better than a woman can represent all this? Do you agree?

I am very happy that women have entered the wine industry with such force and success but I don’t think that wine making – like literature – has gender. Women, men and all the others who do not enter in a binary category can have the heart and talent to create wonderful wines, if they have the proper soil and climate. 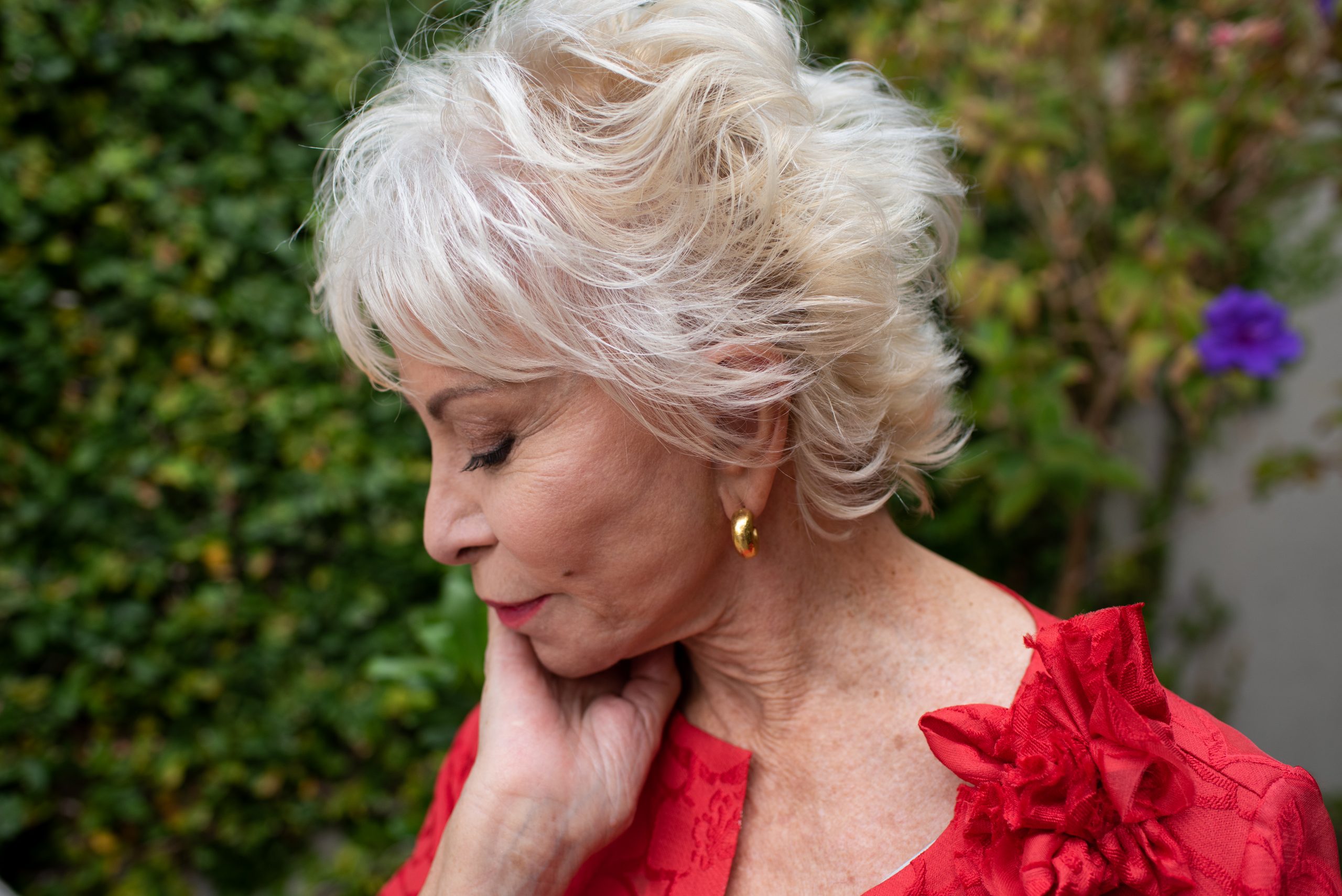 Have you ever thought of setting a novel or a story in a cellar, perhaps in the beloved Chile, in the generous Valle Central or in the Curicó?

Yes, I have thought about the story of a wine maker who has vineyards in Chile and California, a sort of complicated family saga. I hope to live long enough to write all the stories that I have in my head.