If the sommelier is the ambassador of wine, the node of contact between the product and the final client (professional or consumer), the winemaker is the spearhead of the wine sector. The oenologist does not review wine, he does not write about wine. The oenologist MAKES wine and he is the one who has the potential success of a company in his hands. Giacomo Tachis wrote the international history of this profession and it is from him that generations of oenologists have been inspired and continue to do so. Thus, it was for Umberto Trombelli, an internationally renowned oenologist, called by Giacomo Tachis, in 2009 when Tachis left the business of Winemaker for health reasons. Trombelli replaced the master for the “Cantina Santadi” in Sardinia and for the “Agripunica” winery, with the Barrua and Montessu wines, officially becoming the official winemaker for the two Sardinian wineries. After graduating from the Oenological School of Alba (Piedmont), in 1984, Trombelli began some collaborations with small Tuscan wineries, thus coming into contact with teams of oenologists led by Giacomo Tachis, whom Trombelli defines as the father of the “Renaissance of Italian wine” . At that time, Giacomo Tachis was about to retire from his thirty-year collaboration with the Antinori winery and Umberto had the opportunity to be introduced to Massimo Bernetti, owner of the Umani Ronchi winery in the Marche region, where Tachis was starting a wine consultancy collaboration. . Thus Umberto begins his experience together with Tachis, developing the famous “Pelago” wine. In 2003, Umberto moved to Tuscany at the “Fattoria La Vialla”, in Arezzo, a leading company in organic and, later biodynamic, cultivation, specializing shortly after in the production of Chianti, Vin Santo, Spumanti and Supertuscans wines. At the same time, having achieved considerable experience and knowledge in winemaking under the supervision of Tachis, Umberto begins his activity as a consultant oenologist. Talent and passion, Trombelli becomes the curator of some Italian businessmen: aristocrats, such as Brachetti Peretti and his winery “Il Pollenza”; Diego Della Valle, Entrepreneur-stylist owner of the “Tod’s” label who appoints him to his estate “Tenuta l’Entrata” in Incisa Valdarno “, as well as Baron Ciani Bassetti who asks Umberto to work for his cellar in Roncade, in Veneto region. Today, Umberto is a Consultant throughout the Italian territory carrying out an oenological coordination and business management service in the wine sector.

How and when was the passion for wine born?
The real passion for wine did not coincide with the choice of a course of study. I began my studies in Oenology at the Oenological School of Alba with a certain curiosity but the choice came from an address of my parents: the precedents in the family with my great-grandfather who was a wine merchant in the Bolognese area were still rooted. The light bulb went on a few years later, already in the workplace. There, I understood that it would be my future.
When did you decide that the oenologist would become your profession?
After completing my studies and military service, I moved to London at the ICE which, at the time, had a beautiful wine shop in Piccadilly. I worked on the management of that structure, contributing to the promotion of Italian wines. Those were difficult years: the methanol scandal brought us to our knees. It was necessary to start from scratch, I observed the exposure of those wines, Region by Region, with an immense choice of wines from traditional vines that even at school I didn’t realize how many there were and what cultural heritage they brought with them. After almost a year I found myself at a crossroads: choosing to stay and live in Great Britain, dealing with market activities, or to go home and take care of production. You can see the result of that choice for yourself. 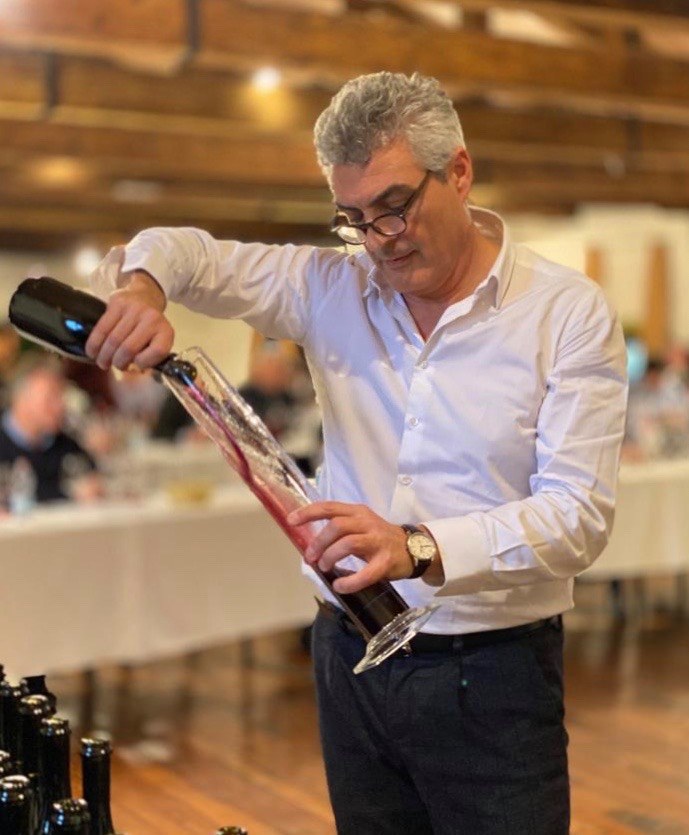 Can you explain in some specific details, for less experienced readers, what a winemaker does?
The oenologist is the one who obtains a degree in oenological sciences; he deals with viticultural management, wine production, business management. The oenologist is the technician who produces the wine, who creates the wine, the one who refines it, decides how and when to vinify the grapes, according to company and market needs. The winemaker also carries out this activity and many of them have studied oenology. The oenologist knows the physical, chemical and biological processes that underlie them, he constantly studies them, having to live in a world that is still unknown in many ways. He is the pilot who drives the ship if we are to accept this association of ideas. Above all, which many do not know, the winemaker tastes! The winemaker bases a lot of his work on tasting: from the tasting of the grapes to determine the harvest time and to define the vinifications to those of the musts to finish with the wines during their aging in the cellar and in the bottle. The sommelier focuses more on tasting the wines on the market. 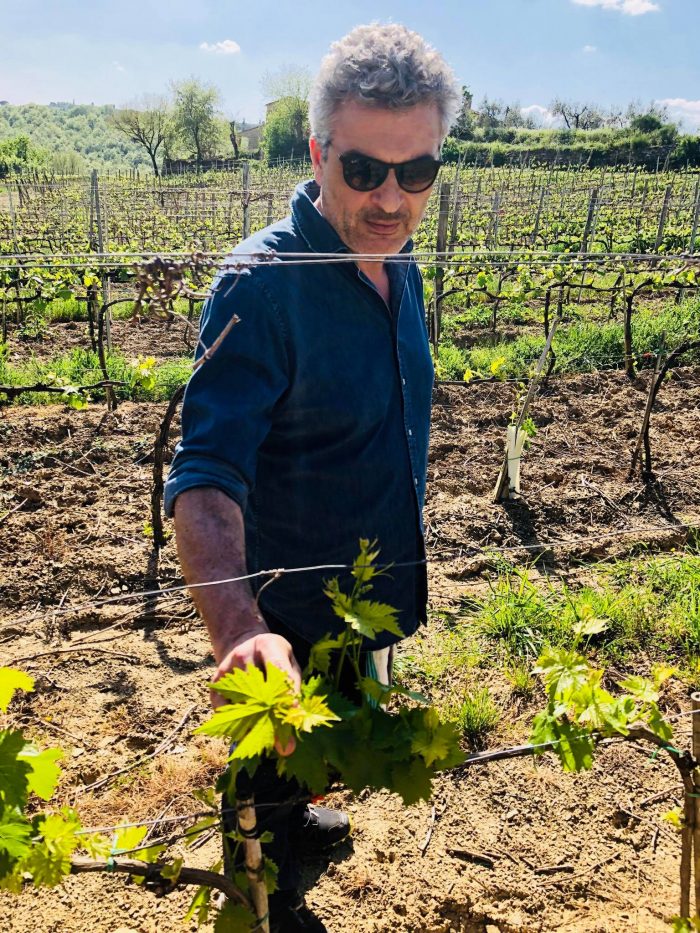 “When a company chooses me, I first look at their vineyards, the hills and imagine what I will drink”. How important is it for an oenologist to empathize with the people who take care of that vineyard and those hills?
Is critical. Ours is a team effort, it is not possible to achieve results without the contribution of all those who work in a wine business. Those who work in the vineyard constantly, year after year, know those plants, those places intimately; he holds the historical memory of that environment. The results in our field are obtained after many years: the success of a wine is not immediate. Those who approach this environment believing they are making an investment soon change their minds.

The oenologist studied for many years and still a lot during his business. The sommelier starts as an enthusiast and only those who practice that profession, after many years, become an expert: but only as a connoisseur of wines, as an observer and promulgator of wine consumption. The sommelier cannot take care of production because he does not study the principles underlying it. Therefore, the skills are substantially different and the tasks, the areas of maneuver, are perfectly complementary: one deals with production and one with promotion, sales. Many commercial managers are sommeliers or have followed sommelier courses and I believe that for them it is a necessary step because they receive, from those courses, general notions on the characteristics of wines from all over the world and can study the competition with a much more professional approach. 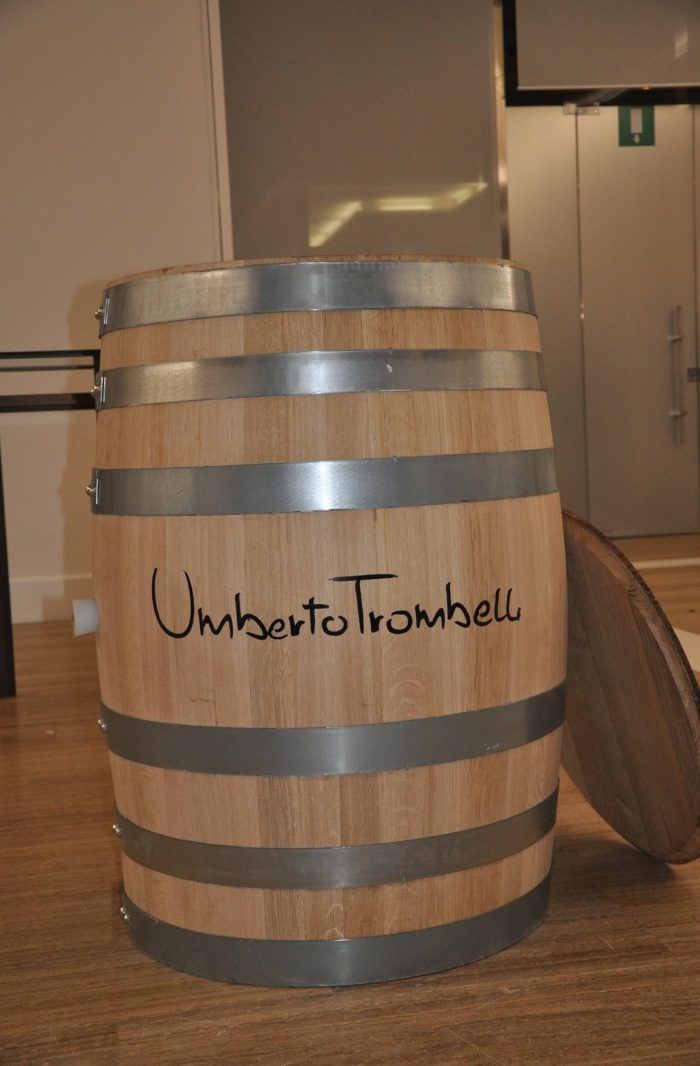 How much has your profession changed, more or less positively, compared to your beginnings?
Not much has changed since I started, perhaps because I was lucky enough to stay alongside a consultant who taught me how important it is to make wines from the vineyard. It has changed before. Once the winemaker stood at the cellar door waiting for the grapes, now it would no longer be possible. Instead, the perception that the neophyte has of it is changing: in popular belief it is still thought that the oenologist is the author, even mystical, of a wine, for better or for worse: think only of those who believe in wines and producers who define themselves as “Natural”, defining us oenologists as absolute evil. In reality this is not the case; today the world of wine is also the result of communication, market operations, advertising campaigns. The wine must be communicated to be successful. The winemaker, I always say, must “hide” his hand: he must enhance the typicality of the grapes in that place; he must be the protagonist of the “Terroir”, but it is unlikely that anyone thinks that wine can be done well and in a healthy way without him.

Pandemic and state of health of the wine sector (Italian and International), what can your current experience tell you?
I can say that the one who benefited from the pandemic is the wine trade in large-scale distribution. We have lost all the wine market that was promoted with tourism and wine tourism, catering is at a minimum as well as that of wine bars. Online commerce, which everyone talks about for great success, covers just 3% of the wine market. At this rate, quality wines, which have suffered serious damage, will be severely damaged. Everyone says that as soon as this pandemic is over, we will return to great sailing. We all hope so. 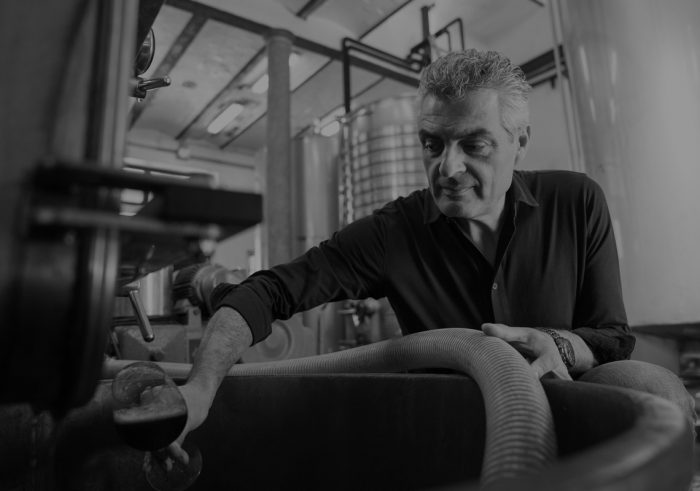 The winemaker is also a controversial figure, acclaimed by most, but also the subject of strong criticism from others. You are accused of “creating” wines that must meet the canons of the guides, in short, please everyone. Fantasies, or is there, in some cases, a basis of truth?
The activity of oenologist is expressed on many production variants: just think of how many different wines are produced in the world and, above all, in Italy. There are not only wines that express a terroir but there are also “Bevanda” wines and our work embraces them both. Yes, it’s true. There are sectors of our work that require wines with a conventional and approved taste and we must be able to offer them on the market. There are also colleagues who still think that their art is a trendy style, so they adopt production techniques that can bring quality wines from different places to resemble each other because they thus meet the benevolence of certain reviews. This does not mean that everything and everyone should be homologated. After all, we work in the sector but, more often than not, we work for the producers. We are also at the service of market demands. Personally, I believe that my business must guarantee to each of my potential customers the lowest possible impact of my taste by offering each of them a unique product.

One of your merits and flaws, professionally speaking.
An advantage: being a team man and constantly looking for the best result. A defect, if I have to speak of a defect, is that of always being too immediate and sincere.
Asking her which wine she is most attached to assumes an almost obvious answer, I guess everyone. Instead, I ask her which wine she would have liked to “create”.
Responding in an obvious way to the wine that I still have to make. The wine that I wanted to help create, that of some Regions where my business has never brought me directly: a Piedmontese and a Sicilian wine.

Translation, from the Italian interview, by Veronica Lavenia

Freelance journalist, since May 2002.
Co-author of the essay "Gianni Clerici - The writer, the poet the journalist", Le Lettere publisher.
Since 2015, Sommelier AIS (Italian Sommelier Association).
He writes about wine, sport and technologies.
Since 2016, founder and editor-in-chief of "The Wolf Post".