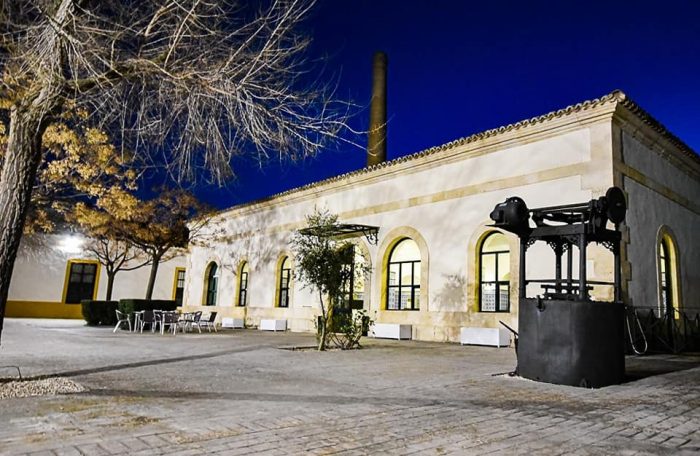 In the last decades, Andalusia, in particular Jaén and its province, have invested in the cultivation of olive groves. A quality production, internationally recognized, which has made this beautiful Spanish region the world capital of Extra virgin olive oil.
In a context so rich in history and tradition, Andalusia is no longer just a region dedicated to coastal and artistic tourism, but also a point of reference for lovers of EVOO culture. Specifically, the province of Jaén provides a rich tourist offer in the olive sector with a series of events and guided tours, all linked to the dissemination of a culture rich in tradition such as the olive grove.

Baeza is one of the must-see places for anyone visiting Andalusia. A wonderful city that, with Úbeda, is a UNESCO World Heritage Site. Not only a rich artistic heritage, dating back to Humanism and the Italian Renaissance, but also a quintessential destination for lovers of olive culture.

The “Museum of the Culture of the Olive Tree” of Baeza is a little gem that contains the history, traditions and everything that revolves around the culture of olive oil.

Sebastián Moreno Cuevas tells the story of one of the best-known oil museums, set in a scenic and historical context that makes it one of the flagships of olive-growing Spain. 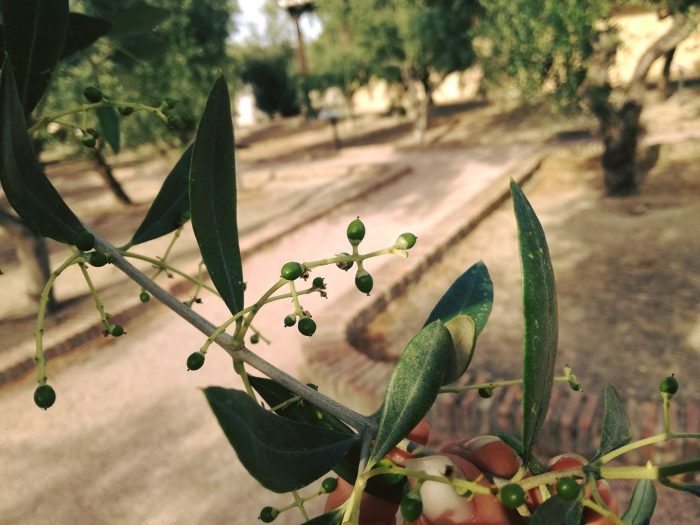 Sebastián, when was the Museum born and what history does the building that houses it tell?

The project to create the Museo de la Cultura del Olivo Hacienda la Laguna was born in the 90s of last century and in fact the inauguration was in 1997 being the first cultural center or museum dedicated to the Olive Tree and Olive Oil in Andalusia.
The museum is located in a unique monumental and natural space, in an old Hacienda from the s. XVII that receives its name from a Natural Area “La Laguna Grande” which is the largest wetland in the province of Jaén and a stopping place for thousands of migratory birds.
At first, it was owned by the Jesuits, but at the end of the s. XVIII passed to private hands and throughout the s. XIX transformed the landscape with the planting of more than 100,000 olive trees, watered from the Laguna Grande by means of a brick aqueduct of which within the museum itself you can see a small section that has been preserved. The history of Hacienda la Laguna is also linked to a Polish engineer named Bartmansky who was brought here in 1848 by the then owner Mr. José Manuel Collado. This technician was in charge of the olive tree plantation, irrigation and also the extension of the Hacienda with an oil mill, quarters for the gentlemen, the Chapel and especially the winery made of stone and influenced by Central European architecture, considered a Property of Interest Cultural and one of the industrial jewels of the s. XIX, in fact it is known as “The Cathedral of Oil”.
The farm became a tourist complex at the end of the 90s of the 20th century. The School of Hospitality is located, a benchmark of Jiennense cuisine and where the best chefs of the moment in the province have come from, the hotel, the spa and the Museum. Currently, the management of this museum is the responsibility of the Pópulo Servicios Turísticos company, pioneers in the province in carrying out Oleo Tourism activities since 2000.

How is the visit to the Museum organized?
Hacienda la Laguna is located 8 kilometers from Baeza, in the heart of the Guadalquivir Valley, in a unique enclave surrounded by millions of olive trees, many of them more than two centuries old.
In the museum, many activities related to the world of olive oil are carried out, such as the guided tour, tastings of Extra virgin olive oil, visits to olive groves to see the tasks throughout of the year, highlighting the time of collection, the visit to modern oil mills to see the process of making liquid gold, the millers breakfasts or the country lunch in the Garden of Olive Varieties, visits to the Natural Area to see the centenarians olive trees of the farm, educational workshops for school children and more.
You simply have to contact the staff and we will organize your activity à la carte for both groups and individuals, as well as congresses, incentives, etc., in different languages. 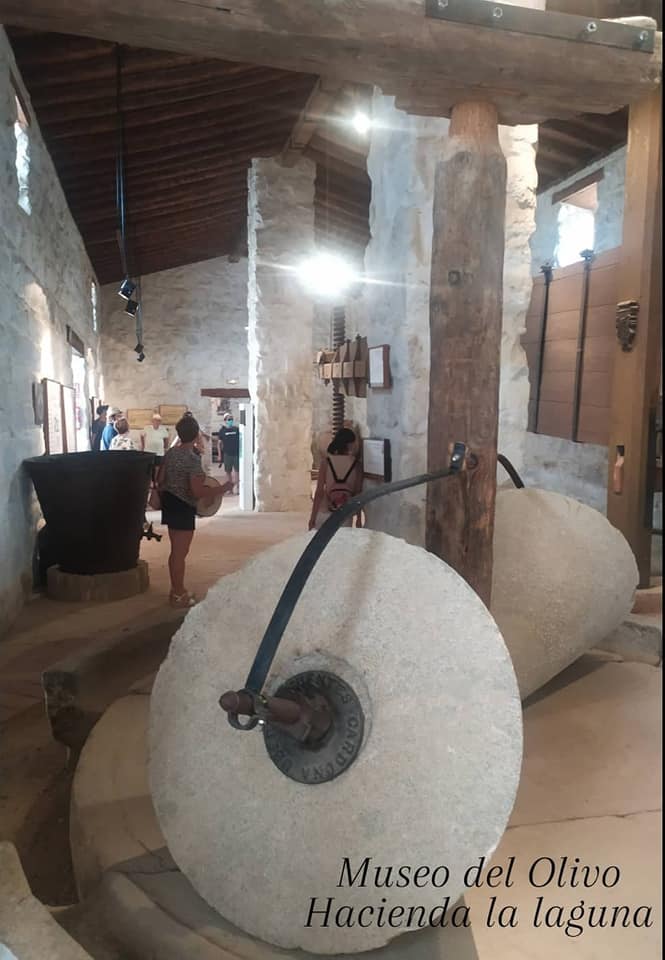 What are the main present valuable objects useful to reconstruct the historical trajectory of olive cultivation?
The building has a unique historical and architectural value, an area of about 5000 square meters, divided into several very interesting spaces that offer a historical and chronological evolution of the production of olive oil.
First of all, we point out the Olive Tree, with a Garden of Varieties of olive trees from the entire Mediterranean basin, 49 trees of different varieties such as the Turkish Aybalik, the Greek Koroneiki, the Italian Frantoio, the Picual of our province, the ‘Arbequina, etc … 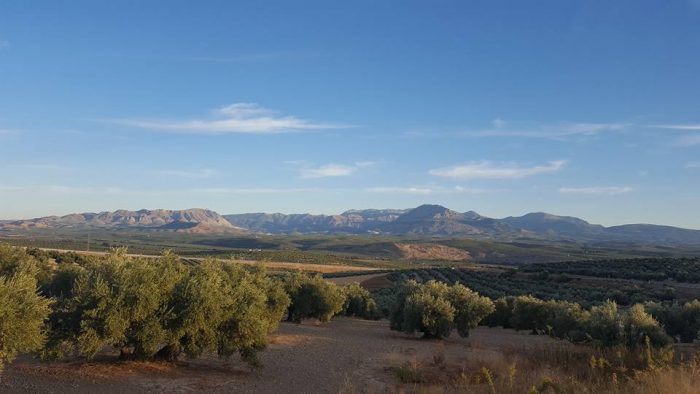 We have ancient mills that represent pressing systems of Antiquity, such as the Trave of Roman origin, represented by a 19 meters long Trave, coming from the Cortijo el Romeral de Carmona, Seville, and which is considered the largest in Spain, dated 1875, the Torre de Andújar press, the Alhorí press of a small mill in Belméz de la Moraleda in the Sierra Mágina.
Throughout the museum you can see the tools related to the tasks of cultivation, pruning, harvesting, decanting in the cellars, all accompanied by stories about the quality of olive oil, its varieties, its health benefits. , the use at home and the use of pomace. In general, a historical visit in which we also use models, audiovisuals, where numerous topics are touched from the landscape to the packaging of the product of which Jaén is the highest producer in the world. 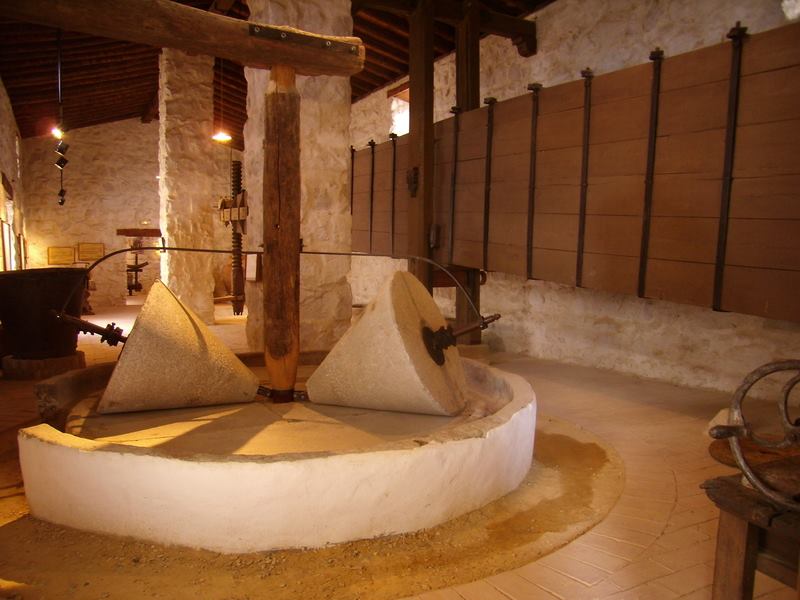 How is the tasting organized?
Every day, it is possible to taste the oils in the museum shop. Furthermore, upon reservation, an Initiation Laboratory for Olive Oil Tasting can be organized which takes place in the museum’s ancient oil mill and in which we will carry out an organoleptic tasting of different varieties of oils to evaluate their strengths and any defects. 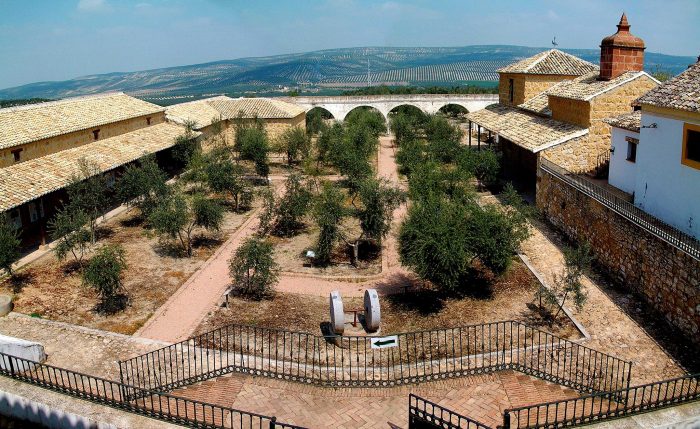 How are visits organized in this period?
Currently, and taking into account the Anti Covid measures, we carry out visits by appointment every day and in several languages. It is one of the most important activities to get to know the Olive Culture, the statistical data of our province, the highest producer in the world, to know the qualities of the Oils, the different uses, etc …
Without a doubt, being accompanied by a specialized guide is the best option to see before and after the cultivation and production of olive oil.
We have professional guides in Spanish, English, French and German who not only explain the museum but also tell us about the many parallel activities proposed such as seeing an oil mill, visiting an intensive or traditional olive farm, and having a tasting.