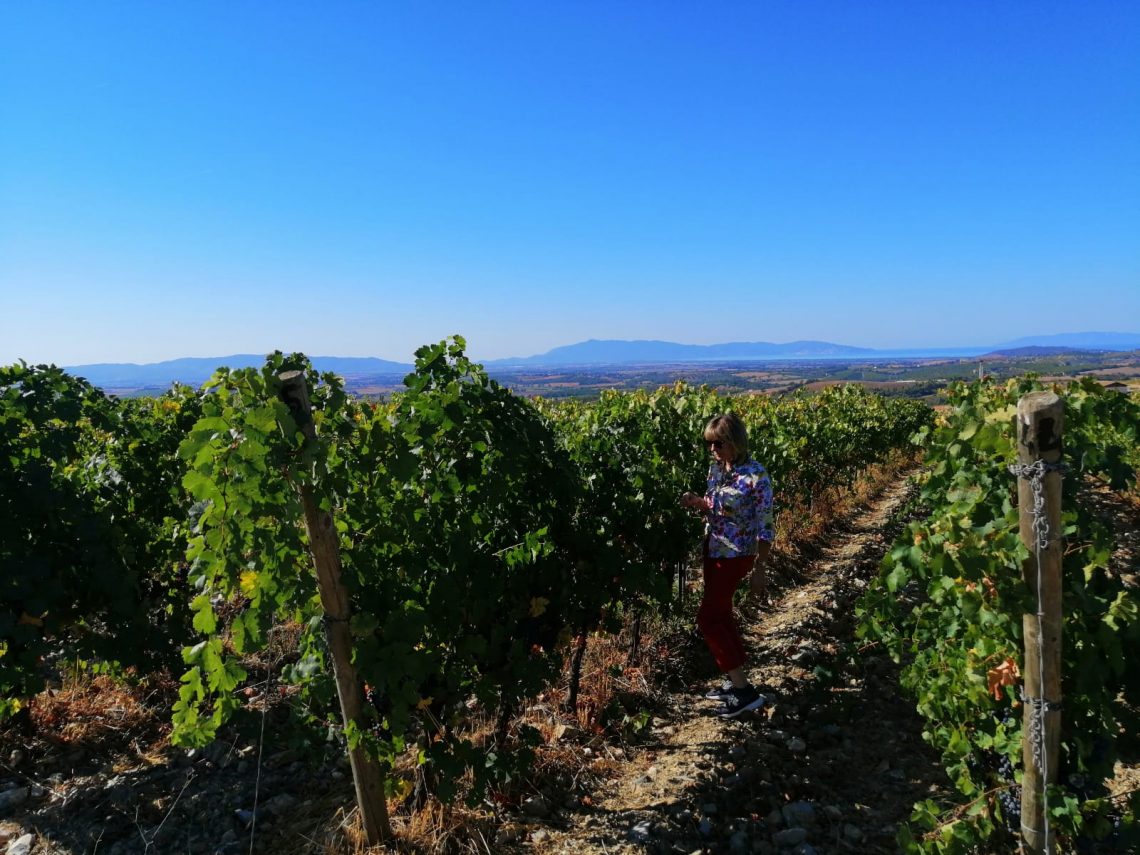 Tuscan oenologist and biologist, Graziana Grassini develops her professional career as oenologist through an important technical-scientific training, together with extensive experience gained from a very young age.

After obtaining the Technical Maturity with specialization in Industrial Chemistry, she continues her studies obtaining the Diploma of Agricultural Expert specialized in Viticulture and Oenology, founding an Analysis Laboratory, specialized in the oenological sector, which, to date, is a technical reference for the Italian agri-food sector.

In 1994, having obtained the title of Oenologist, she collaborated with Giacomo Tachis, the father of modern Italian oenology, becoming her undisputed “heir” of her technical and humanistic knowledge.

She perfects her academic studies at the Bordeaux Faculty of Oenology, honing her scientific expertise.

Consultant Oenologist of prestigious wineries in the national territory, Grassini collaborates with important projects for the Regional Institute of Wine and Oil of the Sicily Region (former IRVV), teaching at the Faculty of Agriculture of the University of Pisa, up to to hold the role of President of the DOC Wine Tasting Commission of the Grosseto Chamber of Commerce.

Since 2019, she is a member of the Scientific Committee of the O.N.A.V. (National Organization of Wine Tasters), an authoritative association that is dedicated to the art of tasting and the dissemination of Italian wine culture. 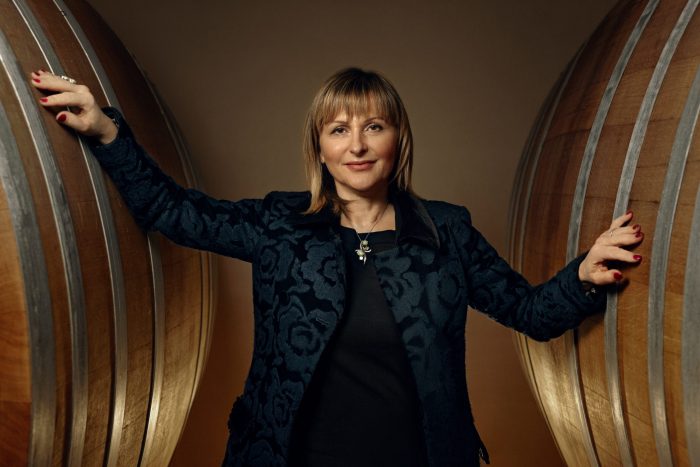 How and when was the passion for wine born?

I have always liked wine: when I was a kid one of my favorite snacks was a slice of bread with sugar and wine, as was used at least until a few years ago in my dear Maremma. I confess that, sometimes, I would steal a little even directly from the bottle, then I felt my cheeks flush and then I went around the house looking for cold surfaces to rest my face on to cool it!

When did you decide that the oenologist would become your profession?

My scientific approach to wine began when, as soon as I graduated as an industrial chemist, I started my analysis laboratory. My first customers were, above all, farmers and small local producers, who brought me samples to analyze and asked me for advice on how to improve this or that aspect. It was then that I understood my true vocation and I oriented all my subsequent training in this direction, achieving a second maturity, this time in Agricultural Expert with a specialization in viticulture and enology. The professional qualifications of oenologist before and subsequently, when the figure of oenologist was born legislatively, up to the degree in Biological Sciences, following, at the same time, numerous professional courses held by public and private bodies and organizations, Italian and foreign.
And now here I am, with the same passion, the same curiosity and the same enthusiasm of those early years. 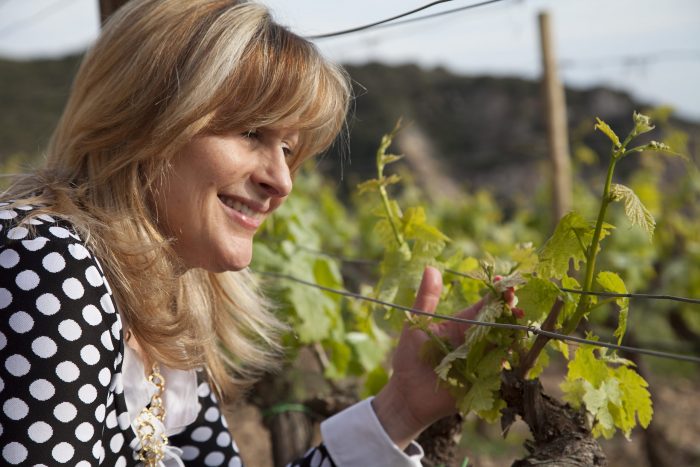 How important is it for an oenologist to empathize with the people who take care of that vineyard and those hills?

It is essential and right from the start. The vineyard and the cellar are the two key elements in making wine and, obviously, the human resources that carry out the work both in the vineyard and in the cellar play a fundamental role.
The winemaker is important but, if she/he does not have the people on her/his side who must apply her/his advice, she/he will not be successful in achieving the objectives agreed with the owner. We need to create a cohesive team that has esteem, respect and loyalty. Empathy is not enough. 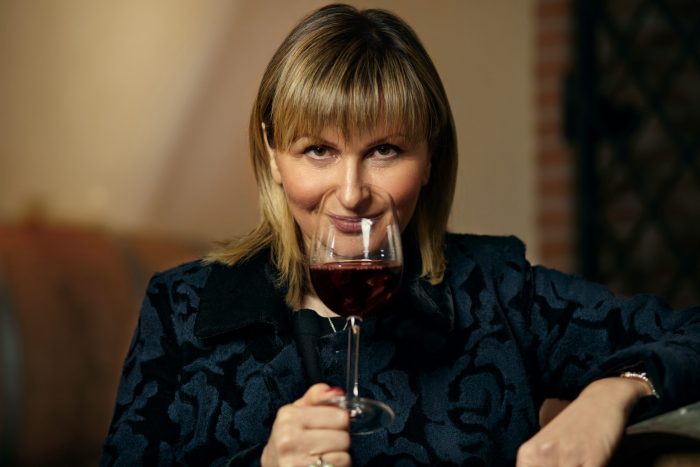 Between the two figures, the sommelier mainly carries out informative functions, of presentation of the wine: she/he is a professional called to “serve” the wine in the best way, choosing it in combination with food, finding the right combination between the wine and the dish that goes to accompany.
The oenologist, although, especially nowadays, is also recognized as a certain role of communicator, has, mainly, the function of producing wine.
From this point of view, therefore, in some respects it is good for the winemaker to remain behind the scenes: the less the wine is connected to the technique, the better, because, in this way, the hedonistic aspect is enhanced.
Therefore, rather than placing the two figures on the same level by speaking of opposition or complementarity, it is better to keep the levels distinct and configure a relationship of collaboration between the two subjects. In this way the oenologist comes to represent a support for the sommelier, since with her/his knowledge and experience in oenology in general, but, above all, in relation to the wine, she/he contributed to produce, she/he is able more than any other to transmit the technical notions to the sommelier. On the other hand, the sommelier can also be of support to the winemaker because, precisely from her/his position “at the forefront” in the relationship with consumers, she/he has the tools in hand to provide useful information about the tastes and trends of the market. 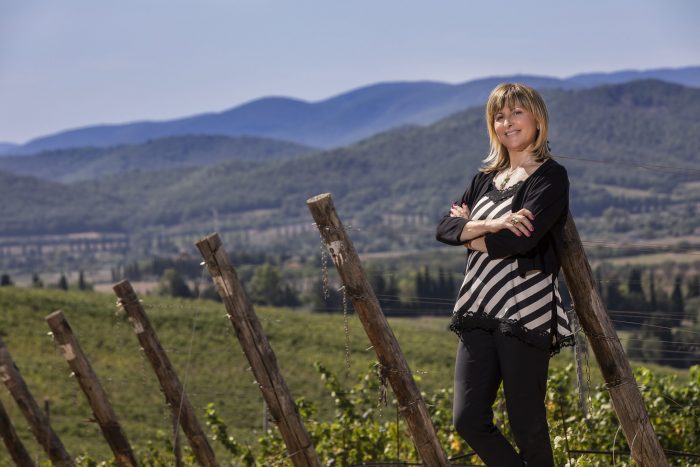 Pandemic and state of health of the wine sector (Italian and International), what can your current experience tell you?

Of course, since the catering sector was closed for a long time, less wine was sold. On the other hand, nature cannot be stopped, so the wine sector continued its production without being affected too much by the pandemic, even though it clearly worked in a climate of suffering. The great wines are those that have been least affected by the pandemic effect, while the most affected have been the low-end ones, but even these have slowly recovered thanks to online sales and large-scale distribution.
In general, currently, a certain recovery can be observed: the market is awakening and, perhaps, will become even more active and brilliant than before because we perceive this general and widespread desire to think about beautiful things and to live more lightly, freeing oneself of the oppression and fears caused by the pandemic and the consequent more or less widespread closures.

The winemaker is also a controversial figure, acclaimed by most and criticized by others. You are accused of “creating” wines that must meet the canons of the guides, in short, please everyone. Fantasies, or is there, in some cases, a basis of truth?

There is a grain of truth, I must admit, and it is plausible as producing wine is not only poetry but also and above all business. The wine must be an expression of the territory – grape variety – producer, but it must also be in line with the tastes of the market because wine is produced to be sold.
At one time, guides influenced the market a lot. Currently, this is no longer the case: today the consumer is more independent and informed and does not allow himself to be easily influenced, so even guides must adapt to the new reality. If once upon a time the editors of the Guides could at least reward wines that exclusively met their tastes, now a guide whose first objective is to direct the market can no longer be successful while it is destined to acquire ever greater importance if one assumes the role of owning and expressing the tastes of consumers.

One of your merits and flaws, professionally speaking.

Perhaps, the characteristic, or the value, if we want to call it that, that I feel most often recognized is sensitivity, both, obviously, in the approach to wine and in relations with the producer. This helps me a lot to get in tune with the philosophy and the project of the producer and also in relation with the team, made up of all the staff employed in the vineyard and in the cellar, with which it is essential, for the final success, that the oenologist is able to bond and create a team.
And another characteristic of mine is grafted onto this, which is sometimes attributed to me as a defect: I am very direct in my relationships with others, I always say what I think, perhaps because I am Tuscan and frankness is one of our characteristics, which, at times, it can collide with the habits present in other territories. In any case, I am very proud to be Tuscan and above all I love being from Maremma!