Chiaramonte Gulfi is one of the small Sicilian gems, located in the eastern part of the island. The town is known for being called the “Balcony of Sicily”, by virtue of its particular geographical position. From the terrace of the public garden it is possible to enjoy a magnificent view that goes from the mountains to the sea.

Set in the chain of the Iblei Mountains, the ancient city was called Gulfi (from the Arabic “Gul”, meaning “flowered with roses”). On the remains of the city, destroyed by the Angevins in 1299, the count of Modica, Manfredi Chiaramonte, built the new center, hence the new name.

Tourists visiting this little corner of paradise can admire, among other things, the opulence of the Baroque, very characteristic of this area of ​​Sicily. A small city yet full of museums, including that of oil. One of the flagships not only of the area but of all Sicily.

A visit suggested and useful for historical and cultural purposes, as the museum is truly a treasure rich in objects and images from the seventeenth century to today, as explained by Vincenzo Cesareo, Coordinator of the museum management project at the Municipality of Chiaramonte Gulfi. 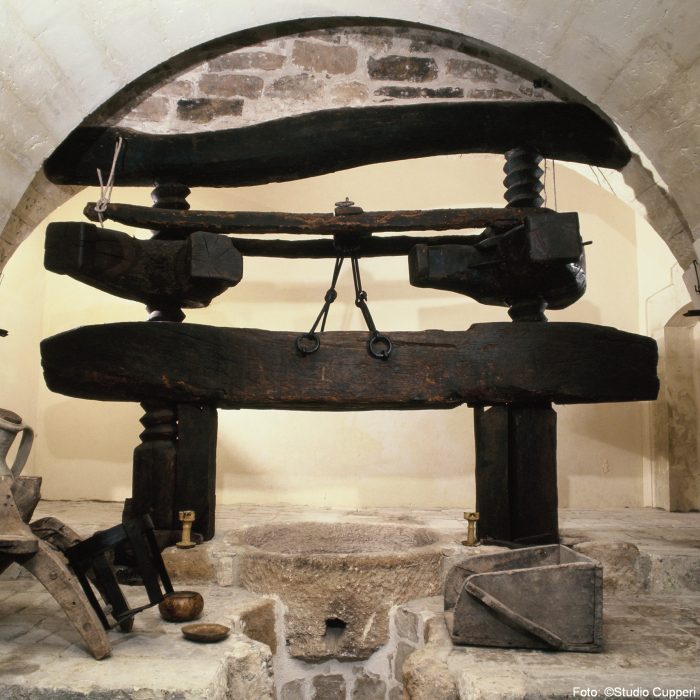 The Museum is a mine of information that tells the story of a food as old as the world. When was the museum born and how was it possible to collect such ancient and valuable testimonies?

The Chiaramonte Gulfi Oil Museum was inaugurated in March 1997 in the lower part of the eighteenth-century Palazzo Montesano. A collection designed to preserve, enhance and transmit the memory of an entire community, strongly linked to one of its products of excellence: olive oil.

The research and composition of the collection saw the contribution of many citizens of Chiaramonte, eager to “tell” through tools and information a context that has now been replaced by modernity but which is preserved in its fundamental values. Ancient instruments, even monumental, so saved and contextualized that they carry with them the signs of time and fatigue.

Can you briefly describe how many rooms the Museum is divided into and what are the most important objects contained in them?

The museum is divided into seven rooms with barrel vaults, each room is part of a path that shows the tools of the popular tradition responsible for the cultivation of the olive tree and the transformation of its precious fruit. Each object, from the smallest to the largest, helps to recreate the ancient atmospheres of peasant civilization and traditional environments (for example the kitchen and the bedroom). On the walls there are also photos of olive trees and local landscapes to further emphasize the relationship with the territory.

The press of 1600 and that of the late nineteenth century equipped with small tools functional to them, the limestone millstone of the late nineteenth century with the elements that were used to make it work by the work of animals, the large jars for oil conservation and reconstruction of a traditional kitchen with all its accessories and tools. It is difficult not to underline the global value for the wealth of details and tools, each environment tells us about the technical and human aspects of peasant civilization. 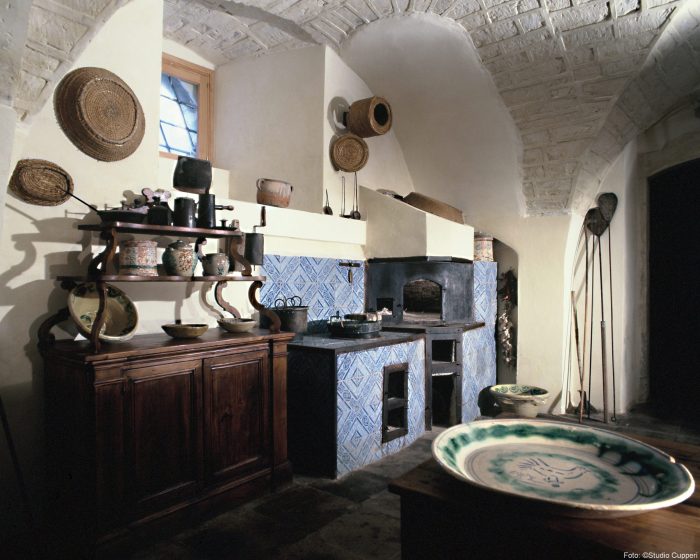 How is the guided tour organized?

The visit is with the presence of qualified operators also in languages ​​who accompany the visitor to discover the museum from room to room, thus being able to interact and respond to curiosities.

What, in your opinion, is the added value of the Chiaramonte oil museum?

Which type of visitor prevails (in general, excluding the current period): school groups, local, national, international tourism and which of them seem to be most attracted to the visit?

School groups (especially local ones) appreciate it very much for the rediscovery of customs, traditions and values ​​that children often do not know. National and international visitors are equal in number but it is the foreigners who are most struck by the details proposed by the museum.

What role do museums like this play in EVOO culture education?

Compatibly with the current situation and current regulations, when is it possible to visit the museum?

After a period of forced detention, starting from Saturday 29 May, the museum can be visited by appointment. On our website all the information and timetables: https://chiaramontemusei.quick360.it/ 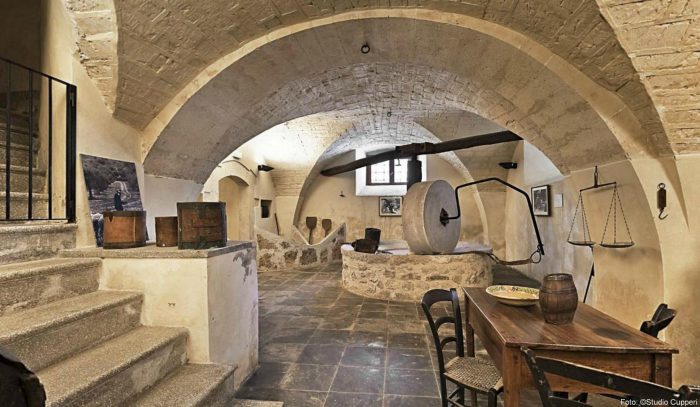