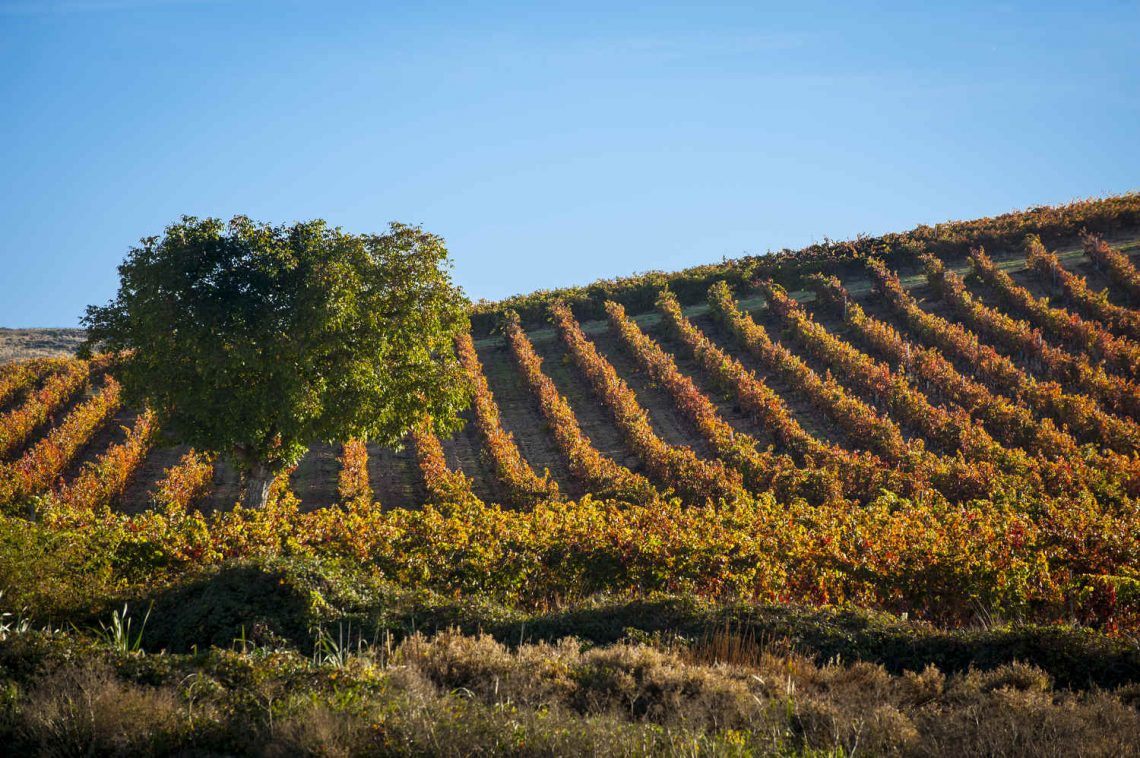 Ribera del Duero is one of the most interesting Spanish and international wine territories with a very rich and varied cultural heritage.
Two thousand years of history of the vine and winemaking of which, especially the Romans, have left traces with works of art such as the Roman mosaic of over 60 square meters in honor of the God Bacchus, the largest in the peninsula. Discovered by the winemakers during the 1972 harvest, the Historic-Artistic Site was looted in 2011, causing significant damage that made it necessary to reproduce replicas of the missing tiles. Today, the work can be visited at the Baños de Valdearados Interpretation Center.
There are other monuments that include references to wine along the road and also underground cellars, present in most cities, such as Atauta, recognized in 2020 with the First Prize for best practices in the historical and ethnological complexes of Castilla y León.
Let’s find out more from the words of Miguel Gayubo, Presidente de la Ruta del Vino Ribera del Duero. 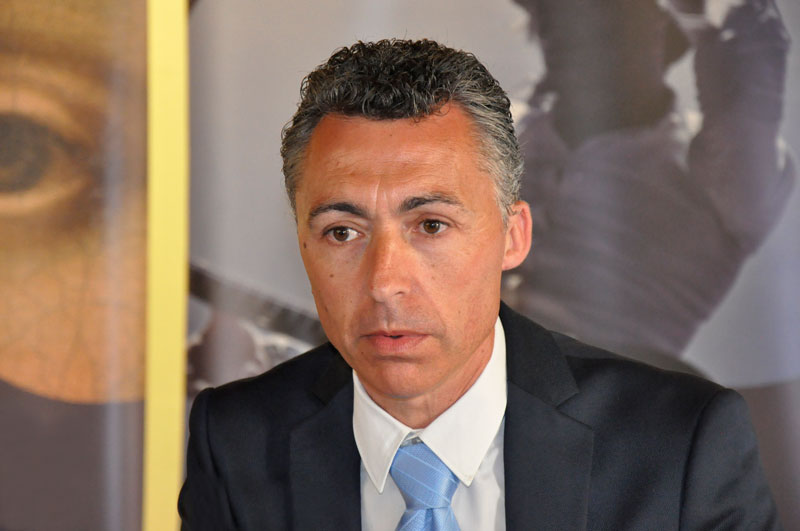 From when the Association was born to date, what objectives has it achieved and what remains to be achieved?

We have always been based on the pillars of excellence, innovation and sustainability, on which we build all the initiatives we carry out. But for a project like ours to be in good health, it is essential that it is constantly adapting and being able to offer the best of each trend without fear of changing its schedule. It happens as with wine which, as they say, improves over the years.

In its 15-year history, the Ribera del Duero Wine Route has received numerous awards, such as the best region of the year by Wine Enthustiast and the recommended destination to visit by the New York Times, among others. Turning fifteen requires almost a lifetime in terms of tourism, but it places us in a very sweet moment of our project, in which we continue to grow in the number of members and visitors, where we face new challenges and initiatives that contribute to a more sustainable destination and, above all, genuine and quality.

Our main priority, in these months, is to advise and accompany our partners and adherents in the adaptation process at the present moment, as we must be prepared to change the pace according to the rules and restrictions of each stage. Last year we registered 24 new requests to join the Wine Route, testifying to the good work done and that the adherents see in us as an important ally to overcome this crisis. 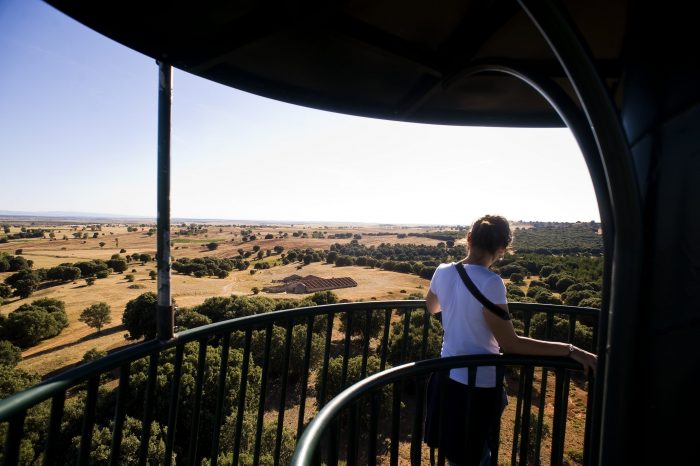 Through which services/activities do you promote the Ribera del Duero Wine Route?

We are part of the Network of Smart Tourist Destinations in Spain, as part of our commitment to innovation in our sector through various projects, such as being the first Wine Route with smart signage. The Ribera del Duero Wine Route stretches over a strip of 115 kilometers with the Douro River as a companion and has more than 21,000 hectares of vineyards, with the Regulatory Council of the Ribera del Duero DO and 62 wineries, which offer a wide variety of wines for every person and occasion.

On a gastronomic level, we have an exquisite offer through 28 restaurants and steakhouses faithful to the culinary roots of the area, including several Sol Repsol, BIB Gourmand and Michelin Stars. The culture and historical heritage of the region are also one of our great attractions. For example, along the entire route we have 92 municipalities, of which 8 are declared Historic Complexes; two “Magic Cities” and one of them considered the Most Beautiful City in Spain. Through all of them, and 24 museums and interpretation centers, the tourist can discover firsthand from the Romanesque Soria, to the medieval underground cellars, through archaeological sites, castles and monasteries.

Finally, the nature that surrounds the entire Ribera del Duero Wine Route allows us to have an excellent variety of options for tourists looking for sustainable outdoor holidays, such as the Hoces del Río Riaza Natural Park, which has the largest refuge for birds of prey in all of Europe; or the Senda del Duero GR-14 which allows you to enjoy more than 100 kilometers of route on the banks of the River Duero. 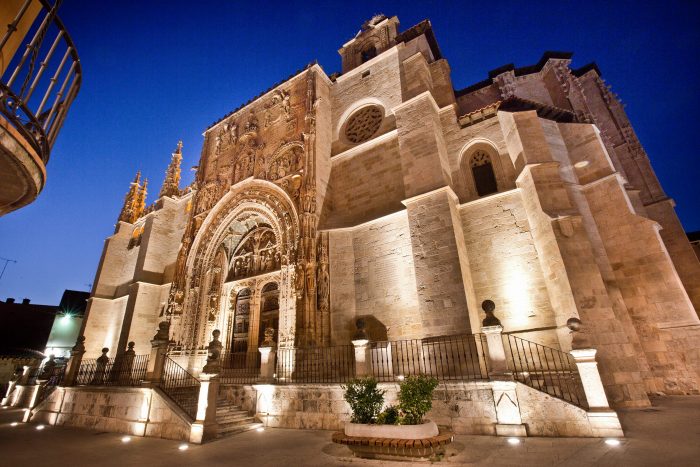 One of our greatest characteristics is our guest character, the Ribera Spirit to whom we always appeal and for which we are proud to open our land as Ribera de Todos. This way of life affects everything, in the way we make our magnificent wines, in the way we serve tourists or, for example, how we are still deluded by the innocence of a child when we see groups of travelers strolling through our villages. .

The Ribera del Duero Wine Route brings together 90% of the wineries that do wine tourism in the Ribera del Duero. We are currently talking about 62, although many more are in the process of joining. All have passed an audit as a mandatory requirement to be part of this Product Club, thus ensuring that the tourist service provided meets the high expectations of our customers. 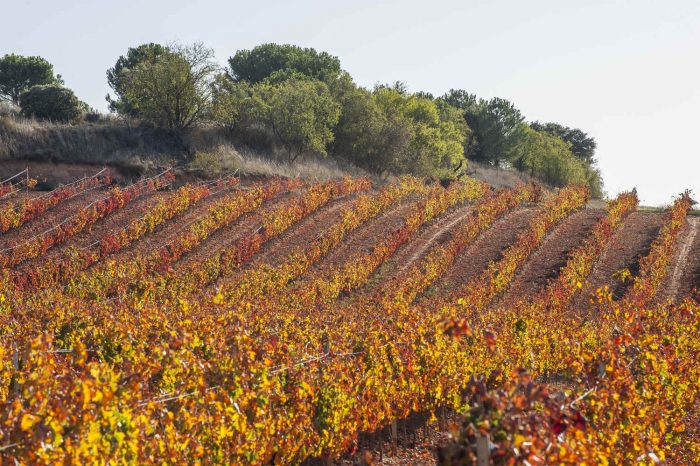 Can you briefly describe the route and the territories of cultural and enotourist interest it crosses?

Wine, and everything that surrounds it, is the basis on which the Ribera del Duero, its culture and its history are founded. We are a region of excellence, internationally recognized for the quality of our wines, but also for the historical heritage found in our region, for our gastronomic offer and for the hospitality we offer to those who visit us. For all these reasons, our Route is a set of experiences that has all the leisure offers related to rural tourism, which has led us to be the second most visited Wine Route in Spain with over 389,000 visitors in 2019.

On a tourism level, wine tourism is increasingly positioning itself as one of the preferred alternatives for tourists on a general level. According to the latest data from the ACEVIN Spanish Wine Roads Tourist Observatory, in 2019 there was an increase in visitors of 3.9% compared to the previous year, generating an economic impact greater than 5.68%, considering only the visits to wineries and museums on the Spanish Wine Roads.

In the Route we have more than 30 Cultural Heritage, 8 cities that are Historic-Artistic Complexes, some of which are recognized as the Most Beautiful City in Spain. Also with more than 40 short-distance, long-distance and thematic trails, Natural Parks such as Hoces del Río Riaza, wetlands and river beaches.

Under the umbrella of a brand, we collect all the tourist offers necessary to make our visitors live an unforgettable experience. 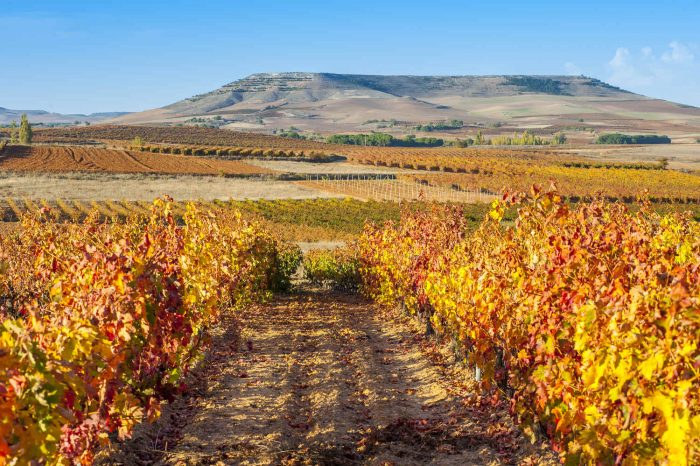 We always say that there is a Ribera for every person because the Ribera del Duero Wine Route destination is so versatile and friendly that it fits virtually all travel motivations. Traveling in wine means knowing its history, gastronomy and heritage, culture and nature.

For this reason, our visitor profile is very heterogeneous due to the wide offer. There are many “wine lovers” and those who come because they are looking for a rural tourism destination and here they find everything they are looking for. We have the tourist in love with gastronomy and who organizes his trip around it and we also have tourists who do not like wine or who think that, not having the basics, they cannot practice wine tourism.

When they arrive, they realize that the Ribera Spirit is present in each of the residents along the river and it is very easy for them to be seduced by it. Many have their first wine tasting here and we are proud to know that we will be part of that first memory. But we also have alternatives for those who don’t love wine, of course, that’s why Ribera del Duero is a lively and welcoming destination that we invite you to get to know without complexes.