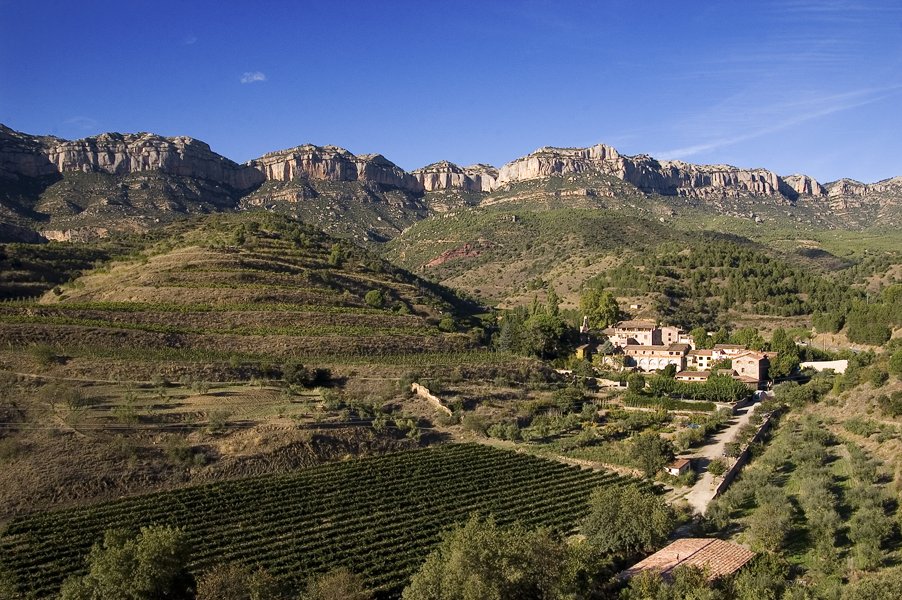 This territory, located in Catalonia, has ancient origins, dating back to the Roman era. At the time, the region was flourishing and the cultivation of the vine predominated in its hills. The decline came with the Arab domination and then found new vigor in the Middle Ages, exactly in 1163. In that year, the Carthusian monks founded the Monastery of Scala Dei and the Prior gave them the management of the surrounding land.

Between ups and downs, over the centuries, which led to the abandonment and, again, to the grafting of vineyards, today El Priorat is a happy reality that, in the seventies of the last century, obtained the recognition of the Denominación de Origen Calificada, DOCa.

The Oficina de Turisme de Priorat offers multiple itineraries, not only to visit the wine and wine routes and taste the excellences but also to get to know a territory rich in history that offers, among other things, interesting oil roads. 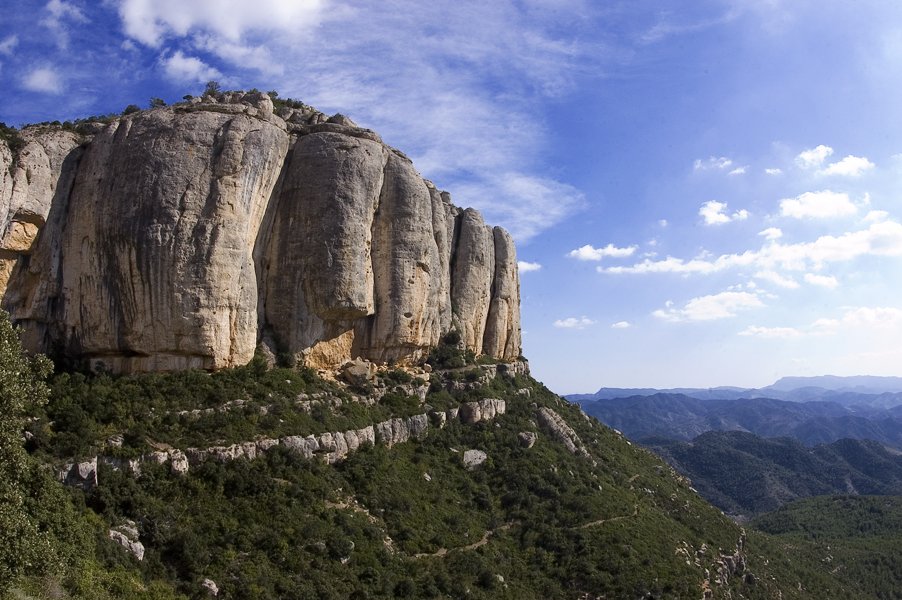 El Priorat is much more than a sensory journey to discover excellent wines. Could you introduce us to this special territory?

El Priorat is also a series of suggestive towns, paths, the Natural Park of the Sierra de Montsant, the protected natural area of the Sierra de Llaberia, still hermitages and museums, the already known roads of oil, wine but also roads of the car and mountain bike trails.

Certainly, the Montsant is the symbol of El Priorat and the regions of Tarragona. Not because it is the highest mountain but because of the strength of its orography: a compact massif, with much of its perimeter walled up by cliffs and rocky areas. In 2002 it was declared a Natural Park by the Generalitat of Catalonia. 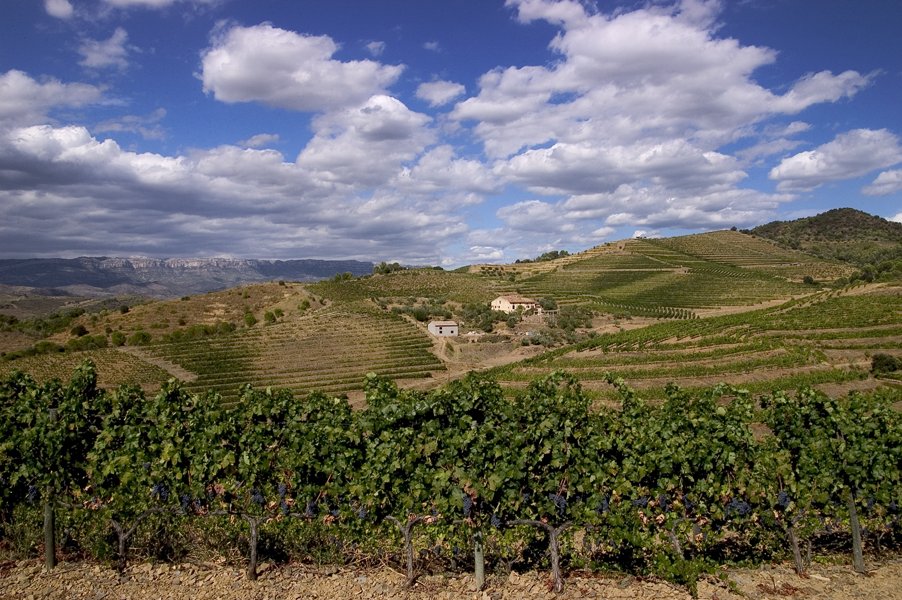 Landscapes where Nature expresses all its beauty, towns and villages, equally noteworthy, allow us to have a privileged place within the tourist destinations of the nation. Certainly, the peculiarity of the wine is an important attraction. El Priorat, in fact, is the only region of Catalonia with two designations of origin, Priorat and Montsant, and one of the most prestigious in Spain, since the DOC Priorat is the only one, together with La Rioja, to hold the C of Calificado (“qualified”). 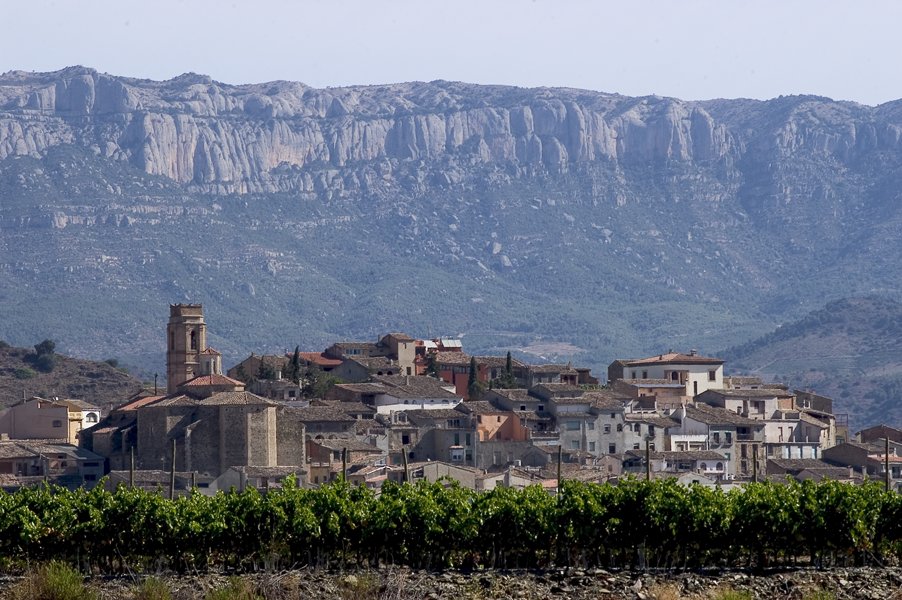 El Priorat is an area of ​​exceptional environmental and landscape qualities, with a natural park, the Sierra de Montsant and two protected areas of natural interest, the Sierra de Llaberia and the Muntanyes de Prades. All this made it possible, in 2016, to obtain accreditation to the European Charter for Sustainable Tourism, as well as the double accreditation of the Generalitat de Catalunya for the protection of acoustic quality and light, the first territory to obtain it in Catalonia.

El Priorat is also preparing its candidacy for UNESCO Cultural Landscape as a paradigm of the agricultural landscape of the Mediterranean mountain, in “danger of extinction”.

The administrative region of Priorat has two prestigious designations of wine origin: DO Montsant and DOC Priorat.

In El Priorat the so-called “heroic viticulture” is practiced due to the particular position of the vineyards. To the great wines and landscapes we must add a wide range of wineries that can be visited, along the Priorat DOC Wine Route.

Why choose the Priorat Wine Route?

El Priorat Wine Route allows visitors to discover the territory on foot through its ancestral paths and to visit over sixty wineries, small and family or cooperatives, and their artisanal and environmentally friendly way of working. Furthermore, it offers the wine tourist the opportunity to experience the cellar not only in the tasting phase but also in the vineyard (pressing the grapes, experiencing the harvest…).

Priorat and Montsant wines are appreciated all over the world, but getting to know them firsthand, doing wine tourism in the land where they are produced, is a fascinating experience. If you want to do wine tourism in Catalonia, the Priorat Wine Route is what you are looking for.