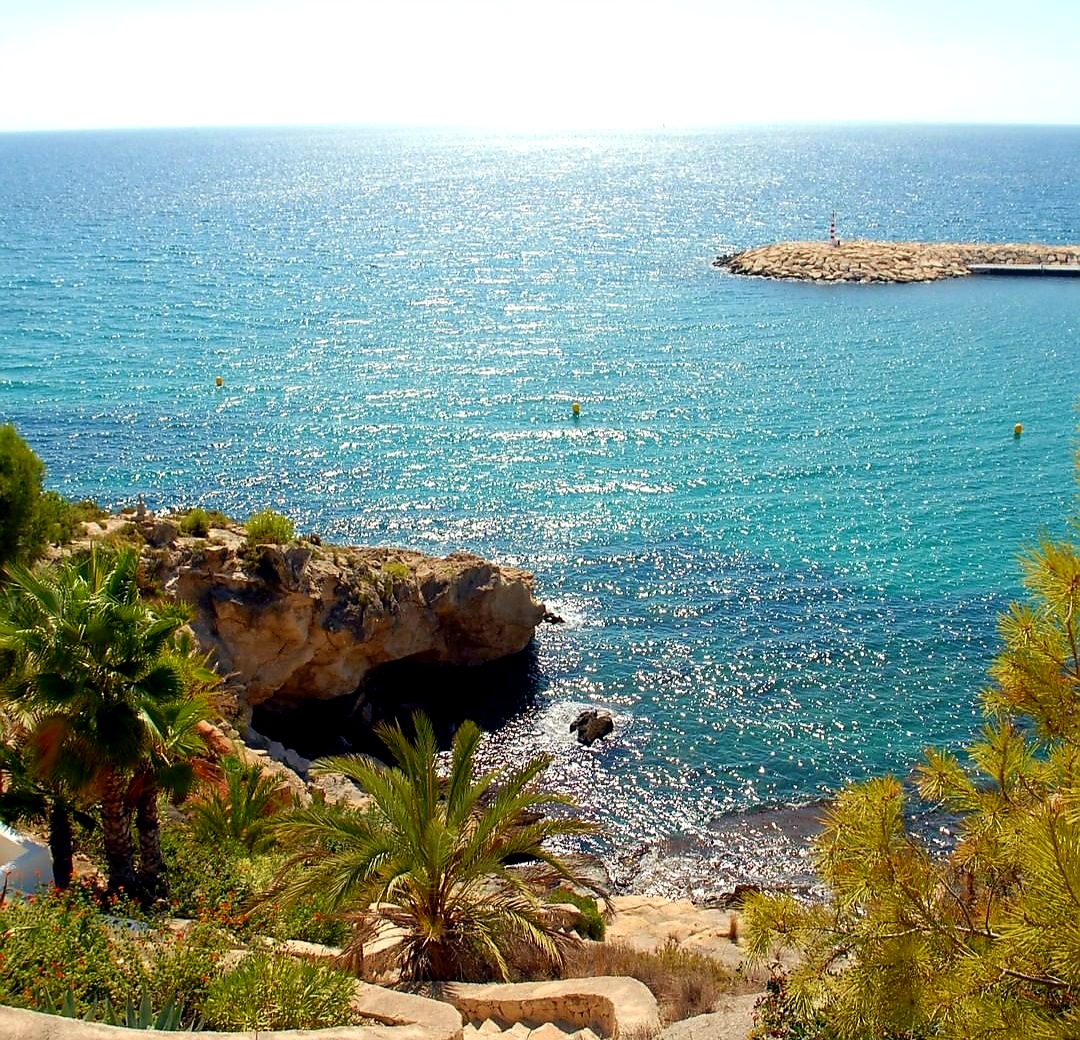 Sun, sea, golden beaches, Alicante is all this and much more. The Alicante Wine Route was born as an ideal complement to sun and sea tourism, allowing tourists to discover an area rich in food and wine history such as the quality of the D.O. Alicante.
The history of the vine in Alicante dates back to the time of the Phoenicians who introduced it to the peninsula but it was only at the time of the Iberians that it began to be cultivated for consumption.
Let’s find out more from the words of María Miñano, President of the Alicante Wine Route. 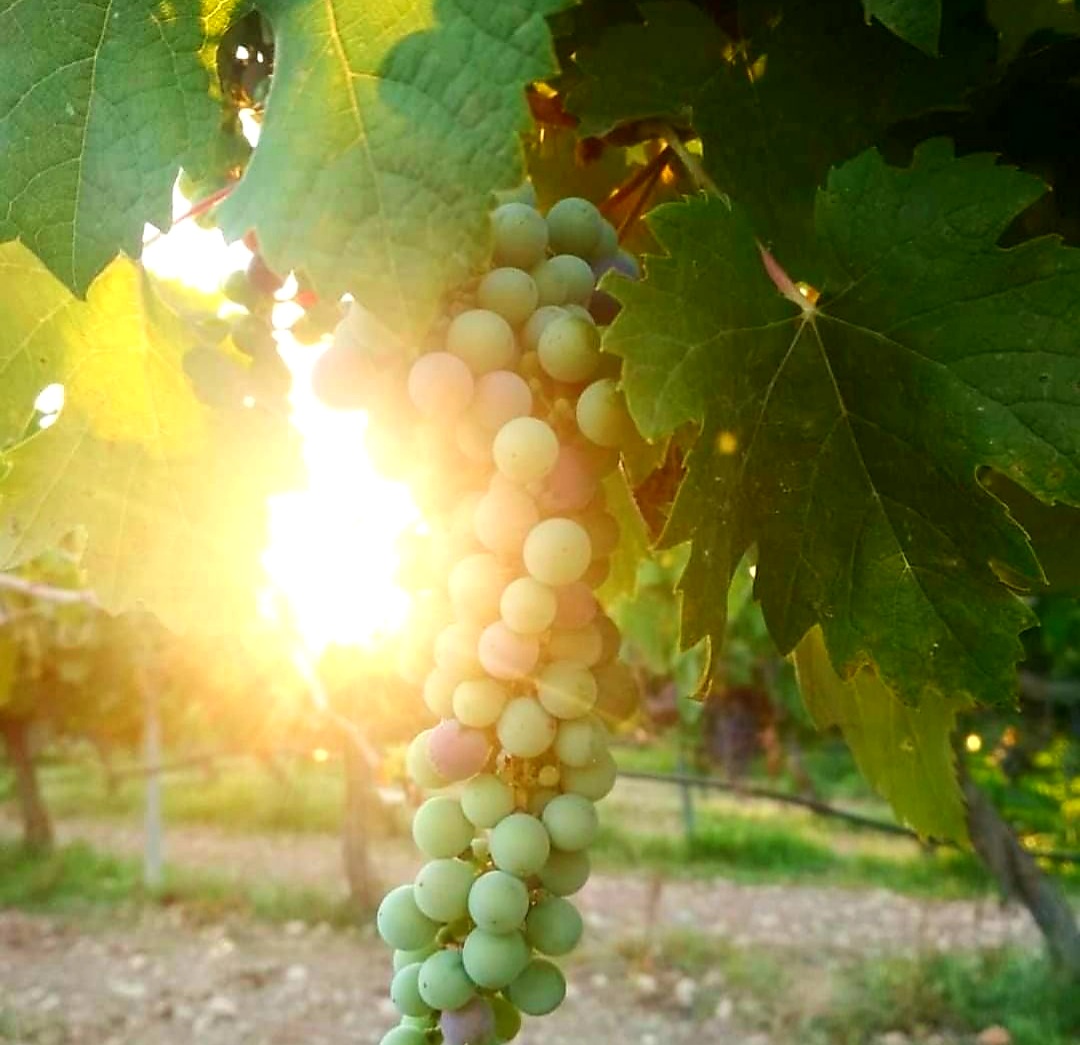 From when the Association was born to today, what goals has it achieved and which still to achieve?
The Alicante Wine Route was born in 2012 and, since then, has increased the number of partners, both private and public. We are proud to have more than eighty private partners (wineries, restaurants, wine bars, accommodation and active leisure) and eleven municipalities/destinations in the province of Alicante.
As for the quality objectives, every day we work for the quality of the affiliated structures, a club to which we have belonged since 2016. Every two years we internally check our partners and are audited.
Another of our strengths are networks. Our network, which we have created over the years, has nurtured and nurtures the professional relationships between our partners, which, in turn, create very positive synergies. In addition, we belong to the Costa Blanca Tourist Board, the Wine Tourism of the Valencian Community, the Spanish Wine Routes, the Tourism of the Valencian Community, the CdT network and the Chambers of Commerce. All of these platforms provide us with invaluable support at different levels such as training, promotion or marketing actions.

Through which services / activities do you promote the dissemination of the Alicante Wine Route?
Our services to associates are contained in four main areas: training, quality, promotion and marketing support. We have already talked about training and quality. In terms of promotion, we have carried out offline actions, such as fairs, but also online, such as webinars, virtual tastings, video interviews, radio collaborations, actions on social networks, etc. In the marketing area we focus on creating packages to facilitate their sale through the various sales agents. 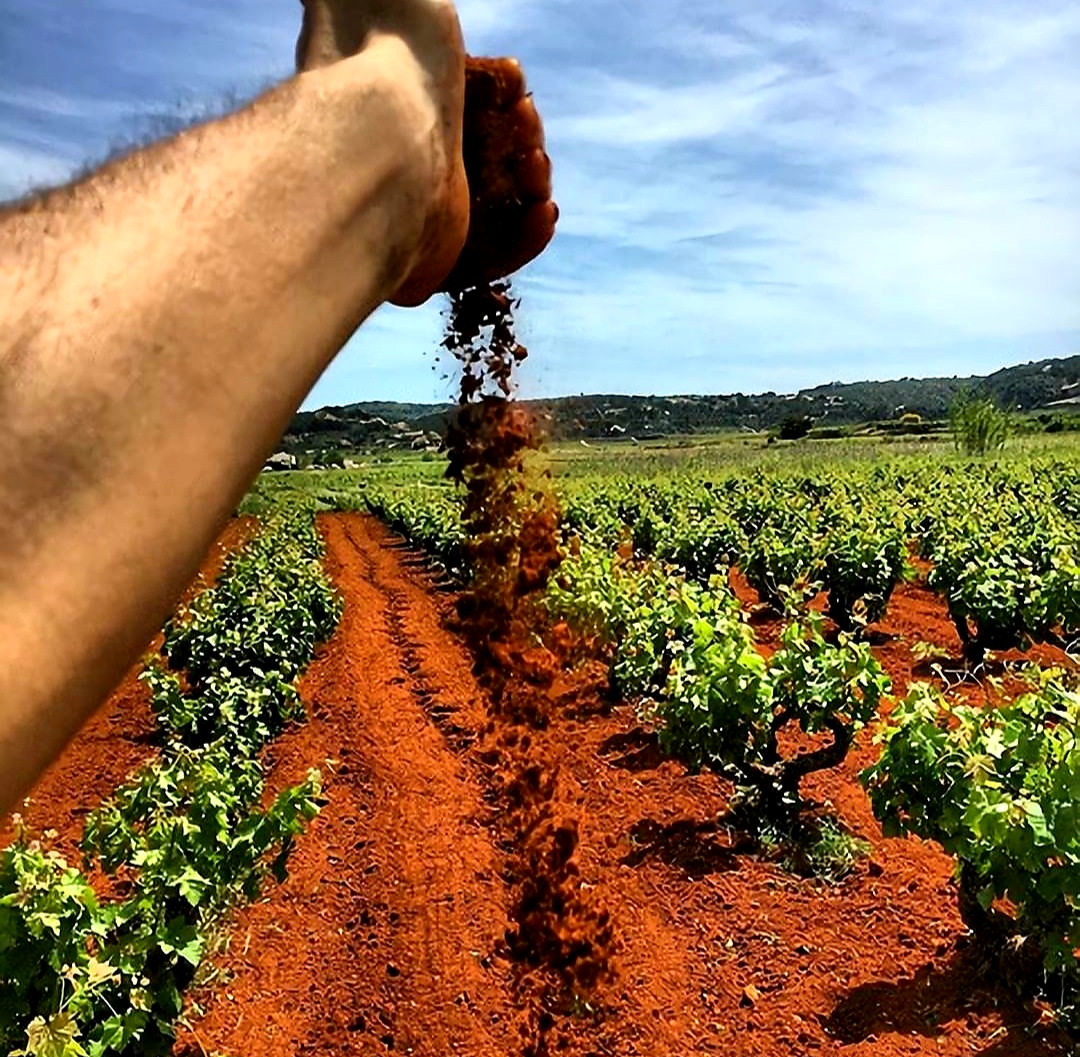 The main peculiarity of the Wine Route is that it is located in two territories with their own particularities, but united by wine.
On the one hand, the regions of Marina Alta and Marina Baja, located in the north of the province and close to the coast. Its Moscatel wine is born in small minutiae separated by old dry stone walls. Its gastronomy is based on rice from the fish market.
On the other hand, the regions of Vinalopó, towards the interior-south of the province, cradle Monastrell and Fondillón in extensive vineyards. Internal gastronomy, with particular attention to rice dishes and game gazpachos.
Two ways to enjoy the route at any time of the year. 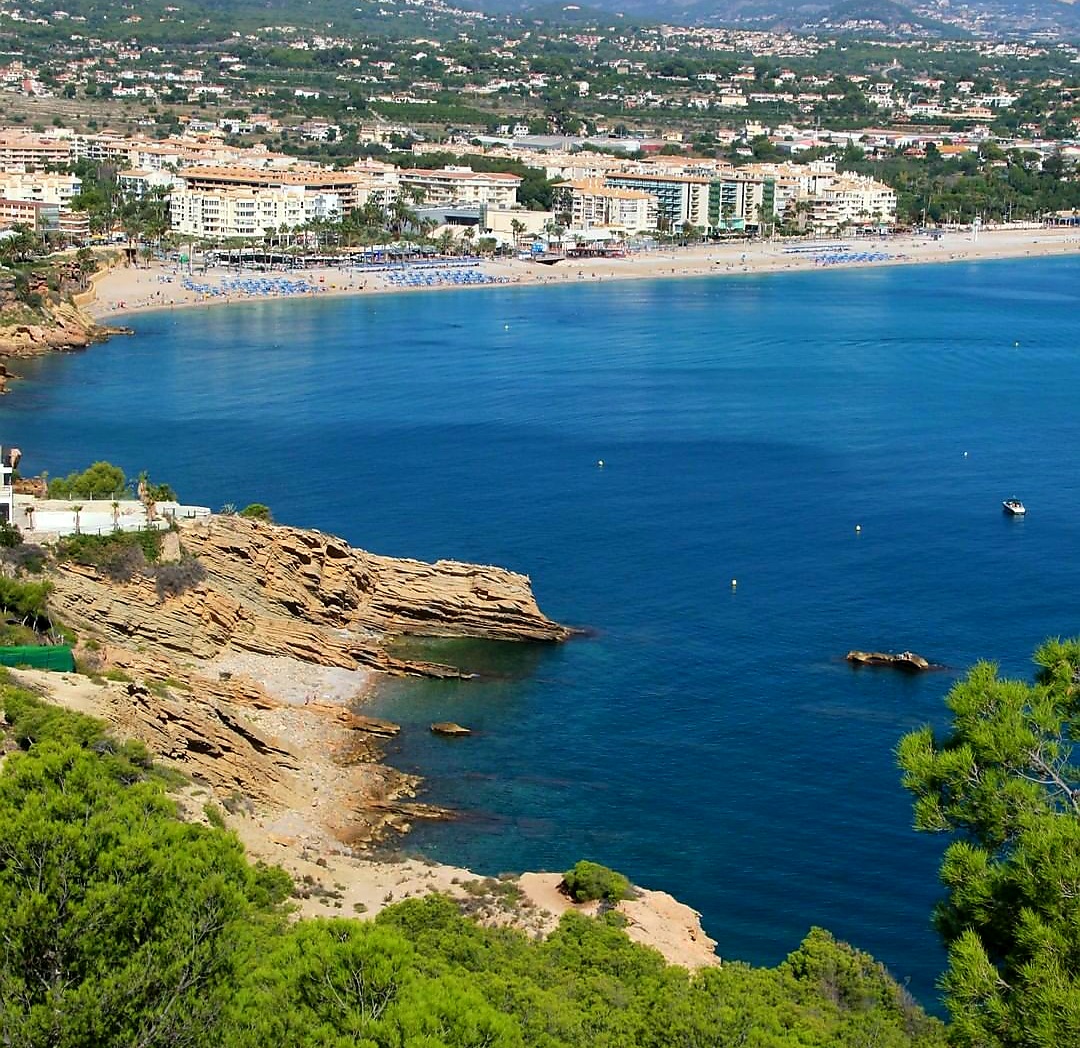 Can you briefly describe the route and the territories of cultural and enotourist interest that it crosses?
We start our journey from the north. We stop at Alt de Benimaquía, the first evidence of winemaking in the province, a press located in an archaeological site of the Iberians. Then, we take the N 332 south to Benissa and from there inland to enjoy, on foot or by bicycle, the spectacular sea of vineyards that the Plá de Llíber offers us. A little further south, along the coast, we will stop at l’Alfás del Pí to follow another natural path: “the Route of the Lighthouse of Albir”.
We return to the N-332 and, again, south towards the city of Alicante and from there, via the A-31, towards Madrid with exit at Monóvar to learn the secrets of Fondillón in a room of centuries-old barrels. We will stop to taste a risotto with rabbit and snails. Returning to the highway, we will cross Petrer, Sax and Villena, admiring the castles of these three cities, which will tell us about the past and the present of their inhabitants. 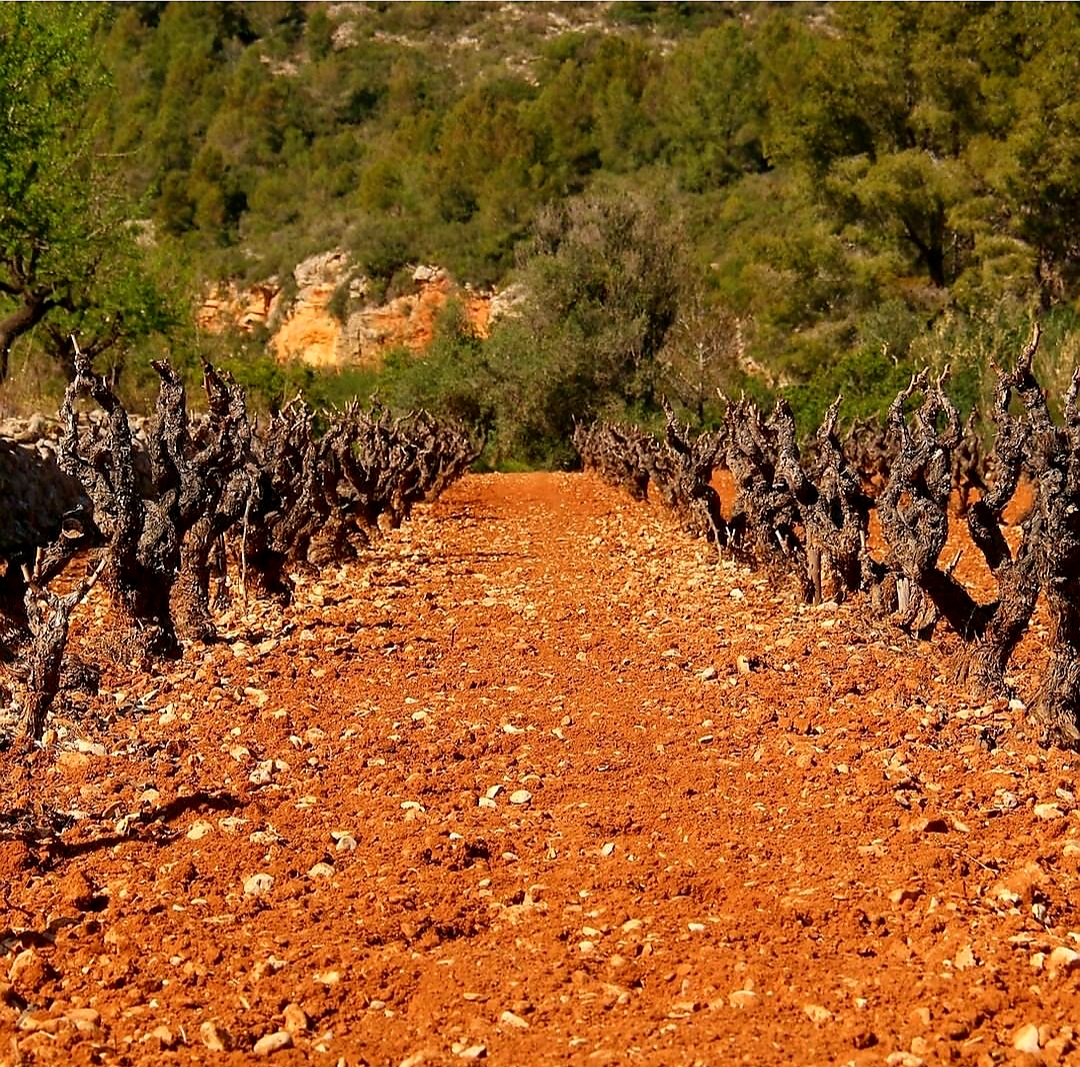 Why choose the Alicante Wine Route?
Because on the Costa Blanca we enjoy a friendly climate 10 months a year, because in a few kilometers you go from a vineyard by the sea to one in the hinterland. Because that uniqueness favors a wide variety of landscapes which results in an extraordinary culinary richness. From north to south, from the coast to the hinterland and from the orchard to the mainland, visiting a great variety of delicious dishes and enjoying them with the family, as a couple or with friends.