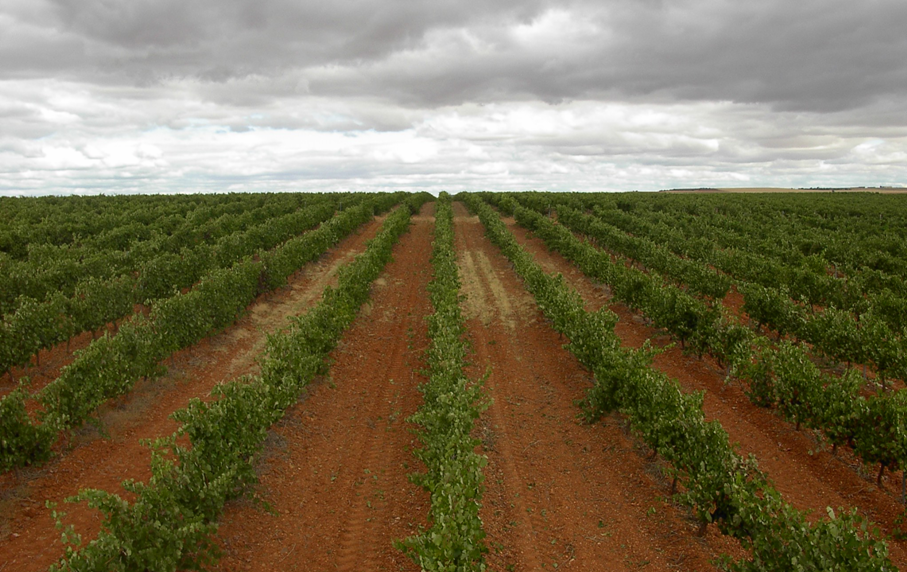 The D.O. León is one of the most interesting panoramas of the sector at an international level. The peculiarity that differentiates this area from other wine-growing realities is the native Prieto Picudo vine.

Prieto Picudo is the red vine which occupies 69% of the cultivated vine area. It is a red variety, with a small and compact cluster, resistant to drought, with medium-high fertility. Prieto Picudo gives rise to the well-known sparkling rosé wine, made with an ancient technique, called “madreo”.

Alejandro González Jiménez, Technical director and manager of the D.O. León, explains, in detail, the particularities of a territory and of a wine production that aims to achieve important goals on an international level. 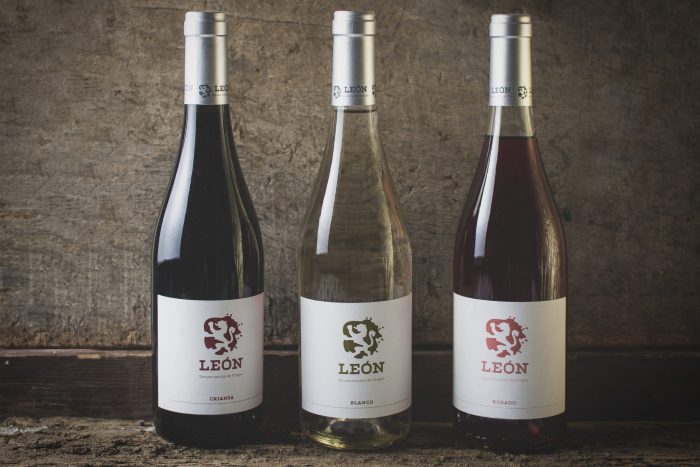 What are the goals achieved by the Regulatory Council of D.O.León designation of origin and what remains to be achieved?
In 2007 we obtained not only the recognition and protection of the designation of origin for our territory, but also the consolidation of the entire structure of the Regulatory Council itself, both at the institutional level and at the control level. All this has allowed us to experience a gradual growth in terms of the number of bottles sold each year. Even the discovery to the general public of the white Albarín grape, a Leonese grape, perfectly adapted to the environment, was a breath of fresh air for the atomised white wine market in Spain and in particular in the north of the country.
We were also able to change the mention of the Designation of Origin in 2019 which, previously, was Tierra de León a D.O. León. This milestone meant for the Supervisory Board the updating of the name to a more modern market, managing to identify our wines with their origin, thus allowing our wineries to be more competitive and differentiated both in the national and international market.. Finally, we have just obtained accreditation from the National Accreditation Body (ENAC), to the European standard UNE EN ISO 17065: 2012, which consolidates our position in the elite of Spanish designations of origin in terms of compliance with current regulations, grape production and the production of high quality wines.

Our current challenges are aimed at promoting business development in the area by increasing the sales of our wines, which will directly translate into the profitability of the production of our grape varieties. 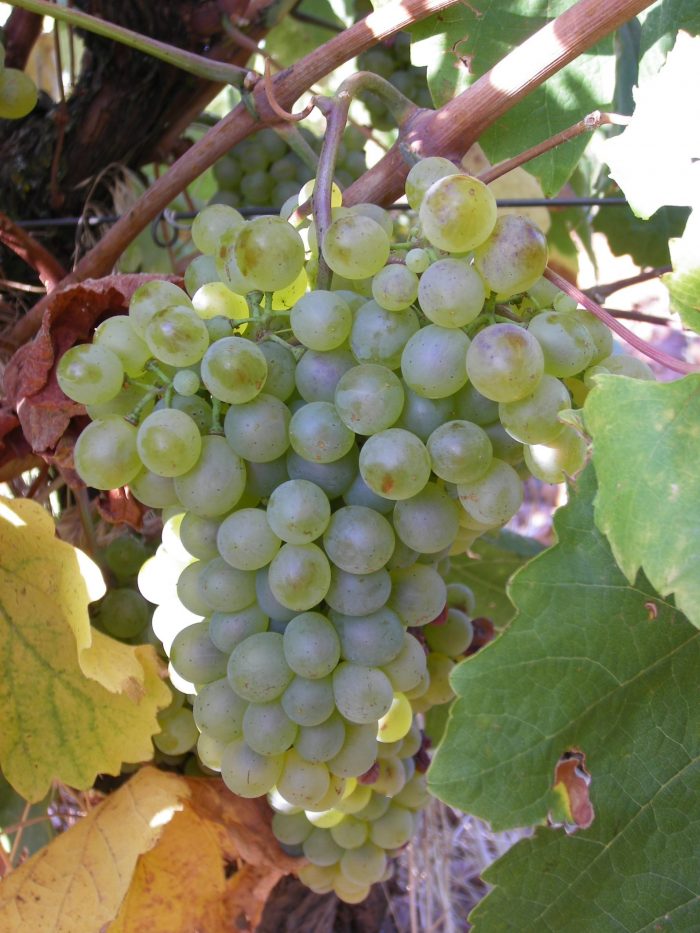 In a highly competitive market, inside and outside the country, how the D.O. León promotes its wines?
Since 2017, León has based its entire promotion strategy on the dissemination of wine and its culture directly to the general public. For this reason, the Denomination of Origin has carried out numerous activities, in collaboration with the wineries, to promote and sell the protected wines, to spread the exclusivity of its vines and the peculiarities of the territory. (In our YouTube D.O. León channel you can see the numerous summary videos of all those promotional activities).

The promotion of the D.O. León has also relied on the training of professionals in the hotel and restaurant sector, mainly. For this reason, we have organized purely training actions in which we deal with aspects directly linked to the peculiarities of the designation of origin, its wines and its varieties, passing through aspects related to the service and identification of wine in the establishments and technical tastings that allow professionals of the sector to know the main organoleptic characteristics of the same in order to then be able to propose and defend them in front of the consumer. We addressed both active professionals and all training schools for sommeliers, cooks and dining room staff.
I would also like to point out the numerous direct promotional actions aimed at improving the brand positioning of the León Designation of Origin. These actions were aimed at hotels and restaurants.
Finally, we cannot forget the entire communication strategy developed in recent years, using all the distribution channels within our reach: written press, radio, television, social networks, mainly the website and the YouTube channel. 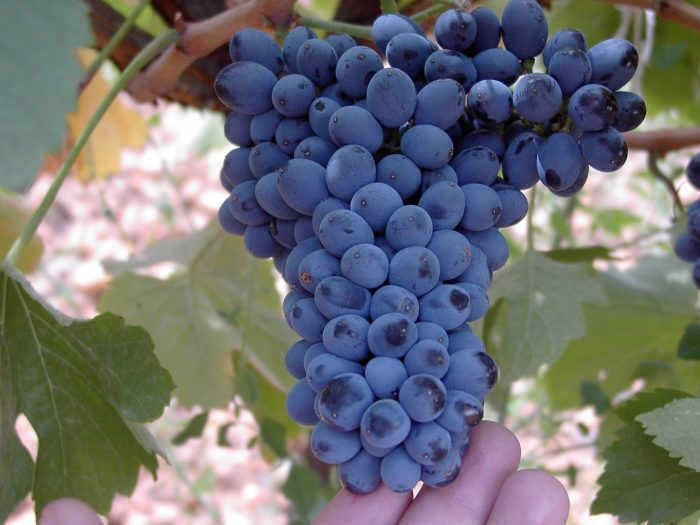 What are the characteristics of the territory and the wines?
The León Designation of Origin covers a large area of ​​territory within the Leonese province (3,317 square kilometers), comprising nineteen municipalities north of the neighboring province of Valladolid. Since this geographical area is so large and includes the area of ​​influence of the two banks of the Esla and Cea rivers, the D.O. León is situated in the broad context of the domination of the Mediterranean climate in its cold variant. Although the influence of the Atlantic and the North should soften temperatures and make rainfall abundant, the high altitude of the plateau in which it is located and the limit of the mountainous relief of the Cantabrian mountain range, modify the climatic characteristics, giving rise to a strong continentality.
These orographic characteristics define climatic characteristics such as temperature, with a rigorous and long winter period and an irregular spring period, alternating mild temperatures with the dreaded spring frosts. In summer, hot and arid periods alternate with cold ones. Autumn is mild and generally rainy, which favors a good final ripening. The high luminosity of the area, with an average of 2,700 hours of sunshine per year, helps the grapes to ripen evenly. The soils are suitable for the cultivation of vineyards as they are all located below 900 meters above sea level and lying on alluvial terraces. 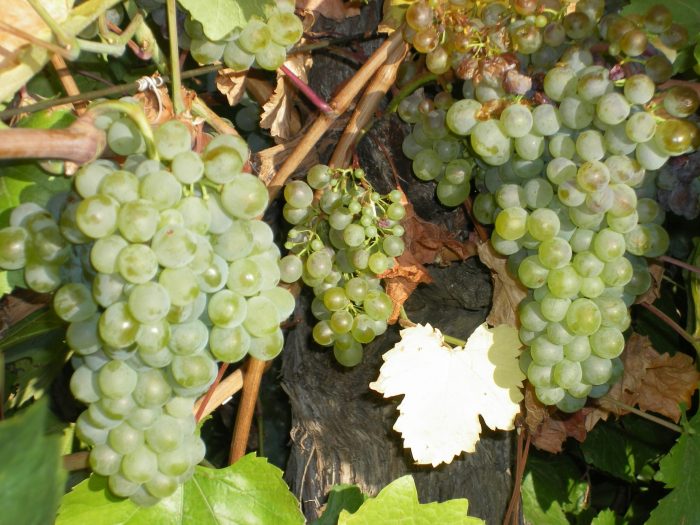 On the other hand, and as far as the characteristics of the wines are concerned, although the Godello and Verdejo varieties are authorized for whites, they are almost exclusively from Albarín, a winemaker that has allowed the D.O. León makes a leap in quality and distinction. It is a very aromatic and expressive variety, with a marked tropical and citric character in its aromas and, in general, differentiating and exclusive.
The rosés are almost exclusively also of the Prieto Picudo variety, with some exceptions of Mencía. The Prieto Picudo are very aromatic and fresh, with a wide range of fruit and a marked acidity in the mouth that gives them elegance and refinement. In addition to being one of the lesser known vines in the national panorama, in the D.O. León uses in its production a little known technique called madreo, which consists in adding a certain quantity of whole bunches of grapes, stalks and berries to the fermentation tank of the must, so that all together carry out the fermentation process. Eventually, the set of added grapes, the mother, is discarded. This technique gives the wines a high color and aromatic intensity, in addition to the precious aguja, natural carbon dioxide that originates inside the whole grape during the fermentation process.
The reds, also predominantly from Prieto Picudo, are tremendously powerful, expressive and burly. A great balance in the mouth between acidity, bitterness, astringency and alcohol content must be added to the aromatic intensity of the variety. It is a variety of great aptitude and versatility for oenology, which allows it to produce young wines, but also short, long and even very long aging.

How is wine tourism promoted in the region?
The Regulatory Council does not have an established and developed enotourism itinerary as such, although we develop extensive activity in this field. We understand that, today, the particular commitment of each winery for wine tourism is more effective and from the Designation of Origin we bet and support these activities by spreading and promoting them at any time of the year globally.

Why is D.O. Leon special?
Without doubt for the Prieto Picudo and Albarín varieties. They are two magnificent wines from an organoleptic point of view and this is the key to obtaining a great differentiation in the quality of the wines. They are very little known and not very widespread varieties. Specifically, only 90 hectares of Albarín are recognized in the world, of which about 75 are located in the territory of the D.O. León. This exclusivity is one of the pillars on which the D.O. León bases its promotional work. They are grapes perfectly adapted to the environment and cultural factors of the region that express their full potential in the vineyards that cover the territory of the D.O. León.