Leonardo da Vinci is the essence of Tuscany, the land where he was born, where he studied and left precious signs of his genius.
A multifaceted artist, at the time known beyond the Italian borders too, Leonardo was also very closed to Milan, the city where he lived for twenty years, in the service of Duke Ludovico il Moro, and to which he gave various forms of his masterful talent.
For Milan, Leonardo designed an ideal city of which he drew various details but which was not understood at the time while, today, it represents one of the highest expressions of Renaissance civilization.
Ludovico il Moro, fascinated by Leonardo’s creativity, gave him a vineyard that is now re-proposed, respecting the original rows and grape variety.

The Tuscan genius was very fond of that vineyard. Once he left Milan, due to the entry of French troops and the defeat of Ludovico il Moro, Leonardo leased the vineyard to the father of his pupil Gian Giacomo Caprotti, known as Salaì.

Leonardo will regain the vineyard when the French confiscate it from him and, in 1519, shortly before his death, he will quote it in his will, leaving one part of it to a servant and another part to the Salaì. 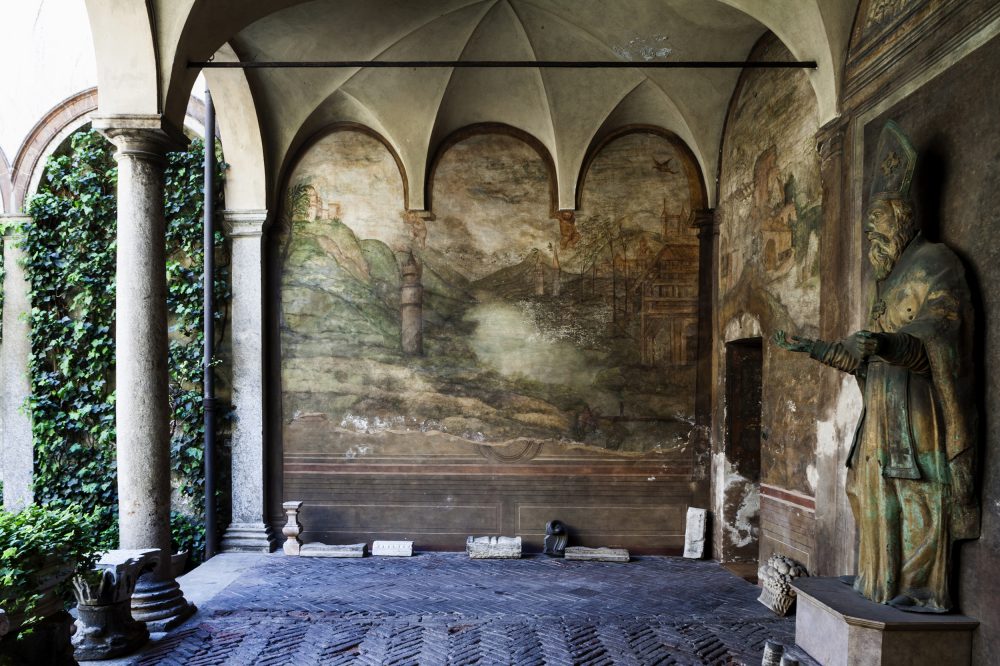 On the land of the large vineyard of San Vittore, the Duke of Milan Ludovico il Moro imagined building a new residential area, where his most loyal men could stay. Today, of that dream, more than five centuries later, only remains standing the Casa degli Atellani.

Let’s find out more from the words of Alessandro Cotroneo, director of La Vigna di Leonardo. 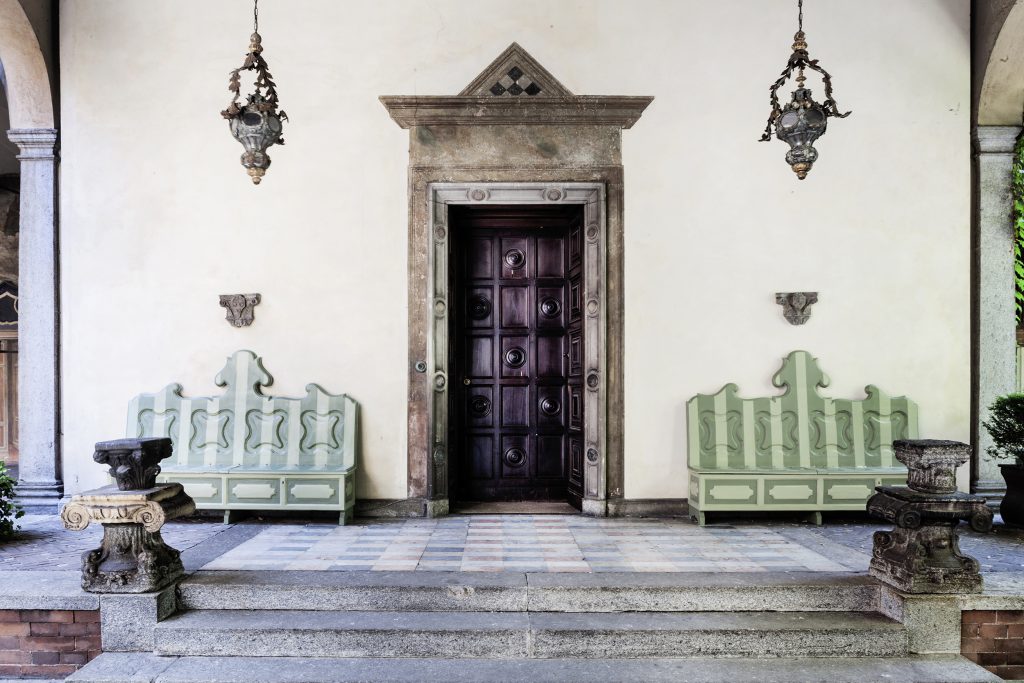 “A house, a vineyard, a garden”, this is the slogan of “Leonardo’s vineyard”, a museum that celebrates the Tuscan genius, highlighting perhaps still little-known aspects, enhancing its myth. What does this museum represent for the city of Milan and for all of Italy in terms of culture and high-level tourist appeal?

The research of the University of Milan, which led Professor Scienza and his team, to recover the DNA of the vine of the genius of Vinci, was considered by the Ministry of Italian Foreign Affairs to be one of the most important scientific-cultural discoveries of the new millennium.

The Museum of Casa degli Atellani and Vigna di Leonardo represents an example, on the national cultural scene, of the historical recovery of our roots. The Vigna di Leonardo aims to be an ambassador of responsible tourism, supporting the beauty of its territory. An ancient, and, at the same time, modern, form of tourism that recognizes the centrality of the host community and its territory and its right to be an active participant in the history of our culture.

The journey into the history of the Milanese Renaissance is completed in the figure of Leonardo in a natural area, undisturbed and uncontaminated over the centuries; with the aim of admiring and appreciating the scenery of the vineyard as a manifestation of a timeless gift. With the aim of promoting knowledge and enhancement of the immense cultural heritage that Leonardo left us, while respecting an environment that is and will forever remain a method of payment for the work of the Last Supper.

When was the Museum born and what story does it tell?

The Museum was born from a project dated 2007 and materialized with Milan Expo 2015. The sponsorship of the Portaluppi Foundation and that of the President of the Italian Republic supported the DNA research of the vine by the Faculty of Agricultural Sciences of the University of Milan. On 1 May 2015, Casa degli Atellani and Leonardo’s Vineyard became the venue for government events outside the Expo in the city center.

The story that our museum tells is that of the Milanese Renaissance. The story of the Duke of Milan, Ludovico il Moro, who, starting from the Casa degli Atellani, realized his dream of a headquarters that could be the seat of a concentration of beauty and culture through the presence of Bernardino Luini, Donato Bramante and Leonardo da Vinci. 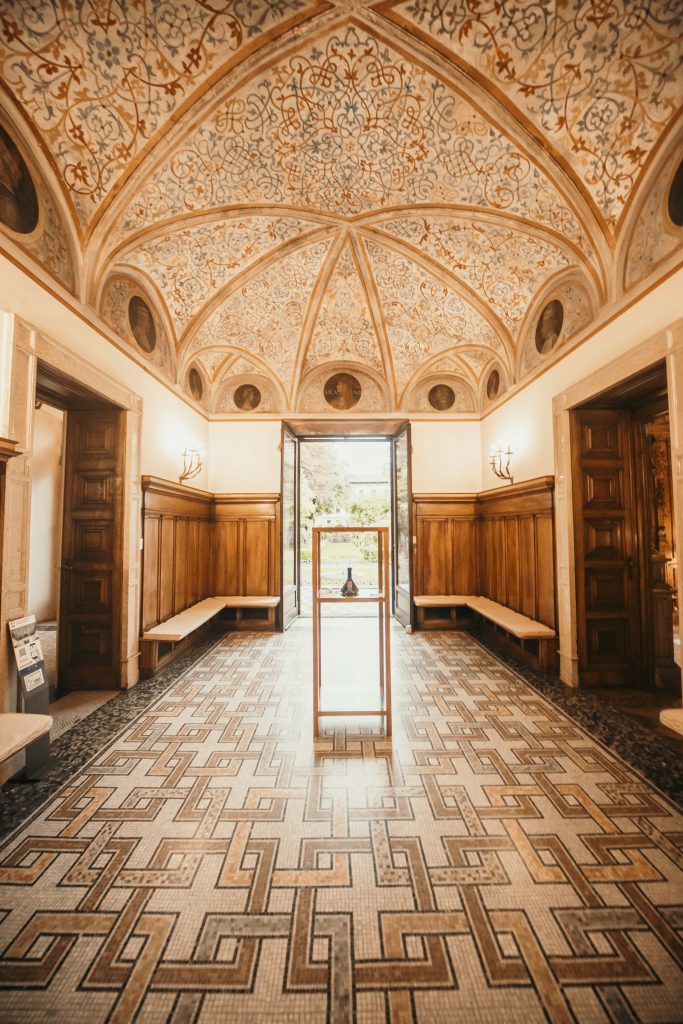 Can you briefly describe how the visit is structured and which most valuable finds can be admired?

Casa degli Atellani and Vigna di Leonardo are a museum, open to the public from Tuesday to Sunday. Guided tours and audio-guided visits are organized: both take visitors through the entrance courtyards of Piero Portaluppi, the ground floor of the House, which is divided into the Sala dello Zodiaco, Sala dei Portratti, Sala dello Scalone and Senator Ettore Conti’s studio. The visit continues through the Garden of Delights and Leonardo’s Vineyard, enclosed within it.

The path is a circle: to go to the exit, the public must retrace their steps. In this way, the visitor has the opportunity to dwell on works of art and historical artifacts that testify to the ancient and modern soul of this place.

Above all, the Opera Malvasia di Milano: the precious wine collected from the first harvest – year 2018 of La Vigna di Leonardo is now exhibited in a display case under the vault frescoed by Bernardino Luini, after the trip that I took to be presented in Venice – in the Scuola Grande della Misericordia – as part of the celebrations for the Biennale on 22 July. 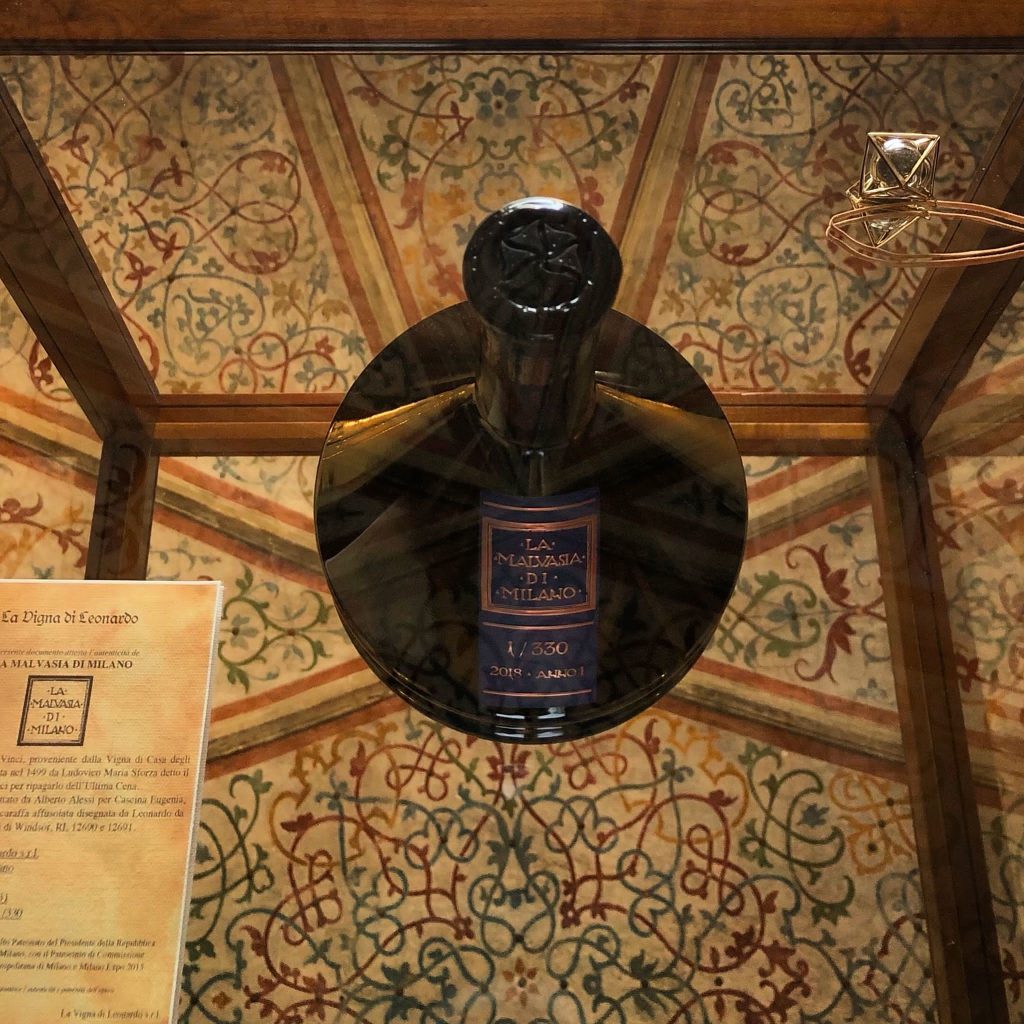 What role do museums like this play in the dissemination of wine culture and beyond, especially among young people?

Museum also means territory. And it is in museums that the action of historical, cultural and landscape recovery and enhancement of the territory can be cultivated, making it productive for the community and for the future.

With this in mind, the Urban Vineyards Association (UVA) was born, of which La Vigna di Leonardo is an honored member: an international network that aims to protect the rural heritage represented by urban vineyards, unique crops within a metropolitan area. . Agricultural, historical and cultural heritage of enormous value, the vines grown within the cities, in fact, are often real treasures of biodiversity, ancient and very rare varieties.

The future is increasingly linked to the city dimension. And here, therefore, that a network of urban vineyards can become an opportunity for exchange and dialogue so that there is more awareness in present and future generations on the measure of man within cities. 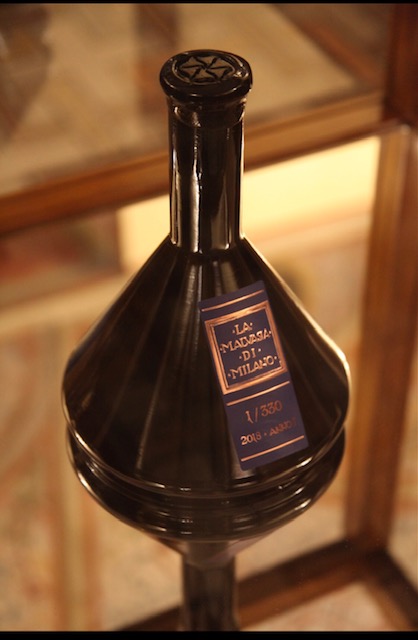 What are the goals to be achieved in the near future and/or projects that have the museum as a protagonist?

The present and the future of the Museum is Leonardo da Vinci’s wine: La Malvasia di Milano.

In 2018, the first harvest of the Vigna di Leonardo gave its fruits, then vinified in underground terracotta amphorae, according to the medieval method; La Malvasia di Milano, the precious wine produced, was then collected in 330 Decanters, reproduced by Alberto Alessi for Cascina Eugenia on the drawing by Leonardo da Vinci present in folio 12690 of the Windsor Codex.

Aware of the high value of the success of the historical and scientific project of Leonardo’s Wine, we strongly wanted this to be linked to a noble cause and a tangible sign.

On 15 September 2021, the largest Italian Foundation that raises funds for the fight against leukemia, the Maria Letizia Verga Committee, organized the first auction at our Museum and the first 3 bottles of 330 were sold as a world preview. They were assigned, respectively, to 8 thousand, 10 thousand, 10 thousand, for a total collection of 28 thousand euros. The entire proceeds from the event were allocated to the research project on the genetic passport which aims to identify the genetic profile of each child with leukemia and lymphomas, in order to study a more targeted personalized therapy and therefore offer an opportunity for recovery. more from the disease.

The genetic research that made possible the rebirth of a unique wine of its kind, thanks to the recovery of the DNA of the vine, gives the children hospitalized at the Maria Letizia Verga Center the hope of a future. And of this future, of this tangible sign, we have written only the first step.