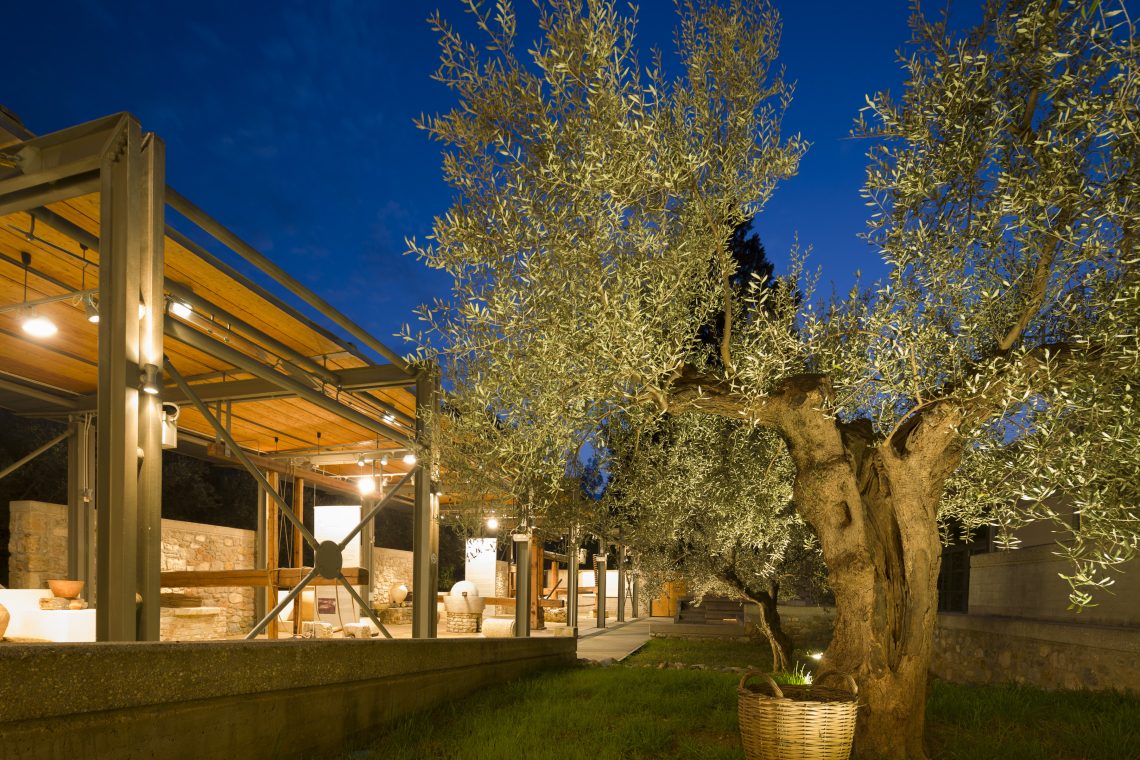 The Museum of the Greek olive and olive oil, in Sparta, in the Peloponnese, is one of the most evocative testimonies of the ancient culture of extra virgin olive oil. A story through objects and work tools that starts from prehistoric times and goes up to the beginning of the twentieth century.

The Museum offers various themes to tell about this world: from the economy, to food, to the uses of olive oil, religious worship, art and technology 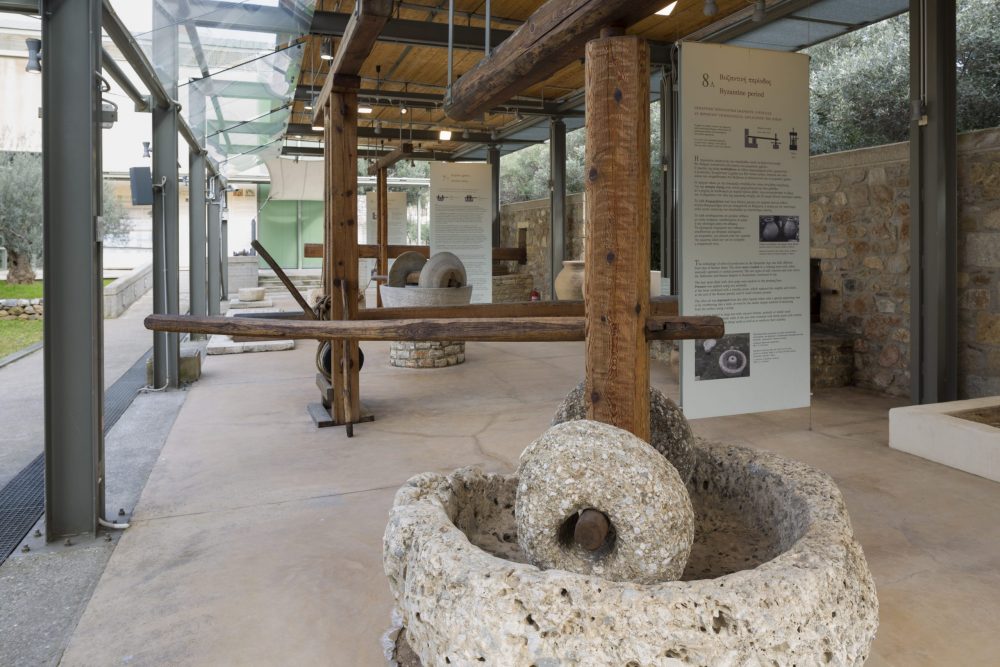 Piraeus Bank Group Cultural Foundation supports and disseminates the immense Greek cultural heritage also through a network of thematic museums, such as The Museum of the Olive and Greek Olive Oil, in Sparta. How was this thematic museum project born and what proposals does it offer?

The goal of the Piraeus Bank Group Cultural Foundation is, among others, to record and showcase Greece’s cultural heritage and identity. There is an intrinsic connection of the olive to the identity of Greece. The Museum is the first of its kind to be created in Greece and it showcases the civilization, history and technology of the olive and olive oil production in the Greek realm, from prehistoric times to the early 20th century. At the same time, as a thematic museum, it examines all aspects of the subject it deals with, i.e. history, nutrition, technology, art, etc. Our Museum Network includes The Museum of Industrial Olive-Oil Production of Lesvos as well, which showcases the industrial phase of olive-oil production in Greece. 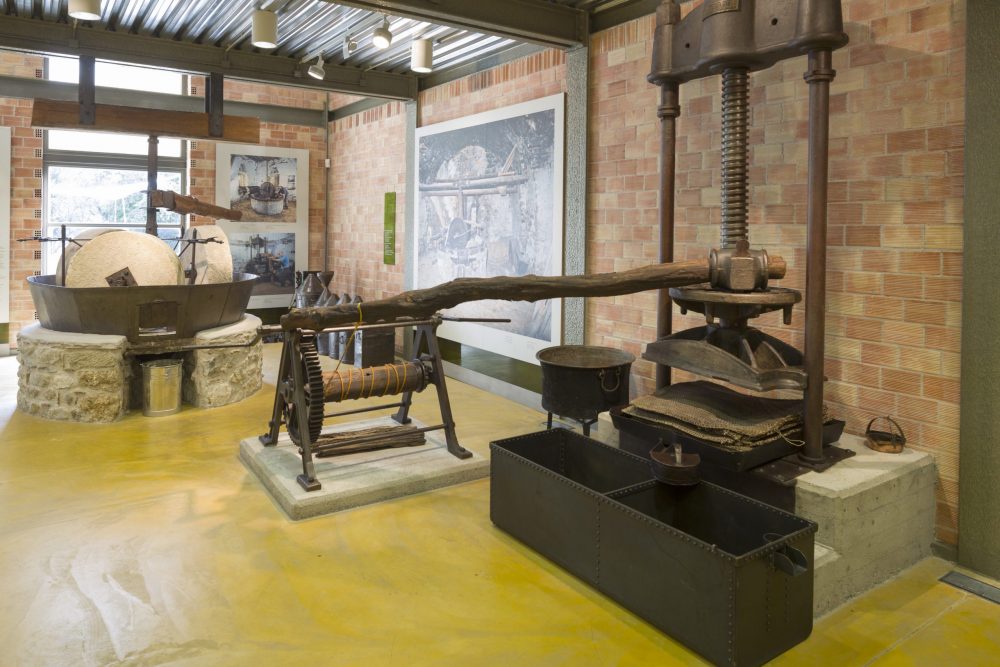 The Museum of the Olive and Greek Olive Oil is full of proposals and pieces of history on a high-value theme. Can you briefly describe how the visit to the Museum is organized and what the visitor can see?

The Museum of the Olive and Greek Olive Oil is located in Sparta (Peloponnese) and it is housed in the premises of the old Electricity Company, the use of which was granted to the Foundation by the Municipality of Sparta. The permanent exhibition is divided in two sections. The Museum’s upper floor presents the age-old history of olive and olive oil, while highlighting the wide-ranging impact in fields such as economy, nutrition, hygiene, religious rituals and folk customs.  The visit continues with the outdoor exhibition, which refers to the olive tree’s cultivation and the harvesting of the olives. In the ground floor the presentation of the technological developments in olive presses in Greece continues, covering the post-Byzantine period to the mid-20th century. Various pieces of machinery that have been preserved and restored, as well as large-scale working models exhibited, help the visitor acquire some knowledge of the traditional techniques involved in olive oil production. The visit is completed by information on soap-making in the region’s cultural and economic life. 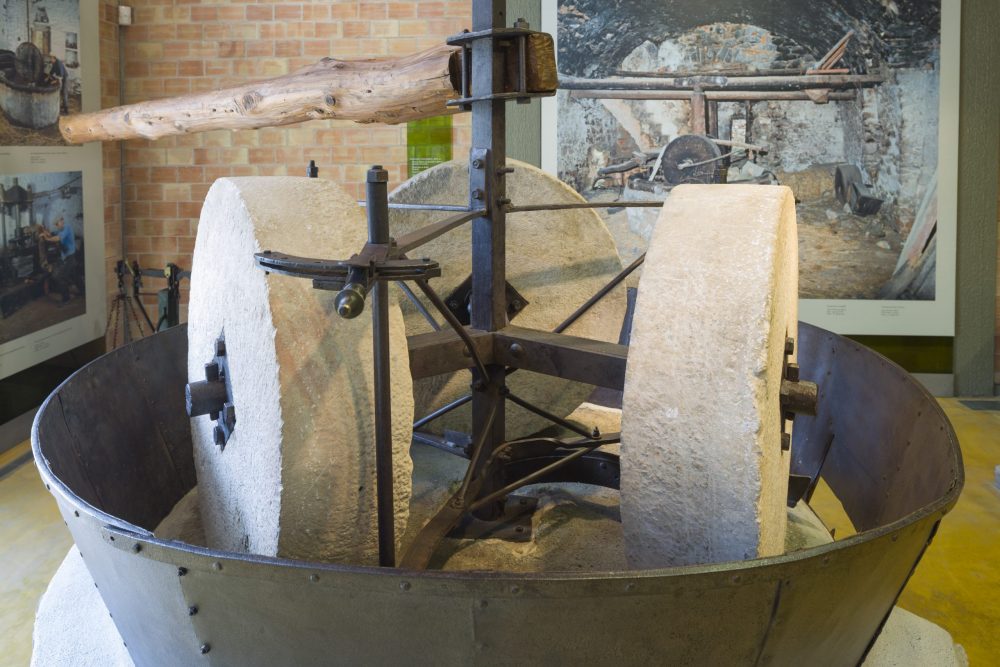 What are the main valuables present useful for reconstructing the historical path of olive oil culture?

The Museum of the Olive and Greek Olive Oil presents the very first testimonies about the presence of the olive tree and the production of olive oil in Greece; rare fossilized olive leaves, 50,000-60,000 years old, from the island of Santorini, the oldest findings offering proof of the presence of the olive tree in Greece, linear B Tablets of the 14th century BC (exact replicas), with the first written testimonies about the olive and olive oil. The visitor can also see exact replicas of a Prehistoric, a Hellenistic and a Byzantine olive press, an authentic impressive wooden double press with a winch from the neighboring village of Xirokambi, an olive press from the island of Lefkada, which documents the survival of animal power in the 20th century and models representing the functioning of engine-powered olive presses.

Which type of visitor prevails (in general, excluding the current period): school groups, local, national, international tourism and which of them seem to be most attracted to the visit?

Sparta is a historic city, so we have both national and international tourism. We have all kinds of visitors, among them, many students, but also individual visitors, families, people over 65, archeologists and people with an interest in Greece’s cultural heritage, in general. Young visitors especially enjoy the educational programmes we organize with games and activities, where they learn how to make olive oil “in the ancient manner”. 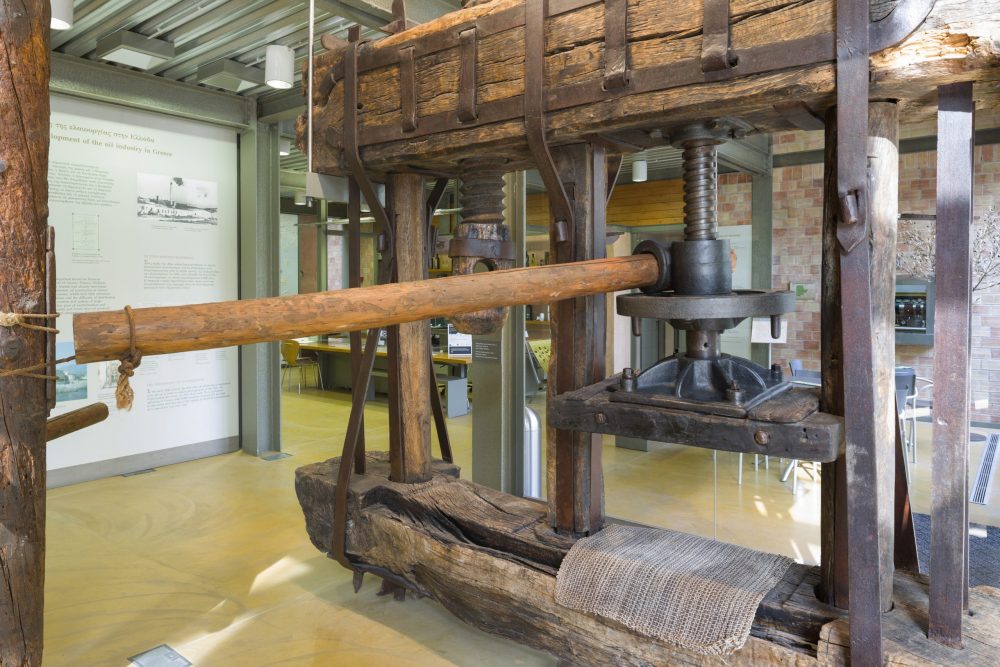 What role do museums like this play in EVOO culture education?

Olive oil is a product of vital importance to Greece as to all Mediterranean countries. The Museum of the Olive and Greek Olive OilIt stands at the basis of the dietary pyramid and is considered absolutely necessary for a healthy diet. Through various initiatives, including museum experiences, all Mediterranean countries can showcase their own production and especially the production of EVOO.