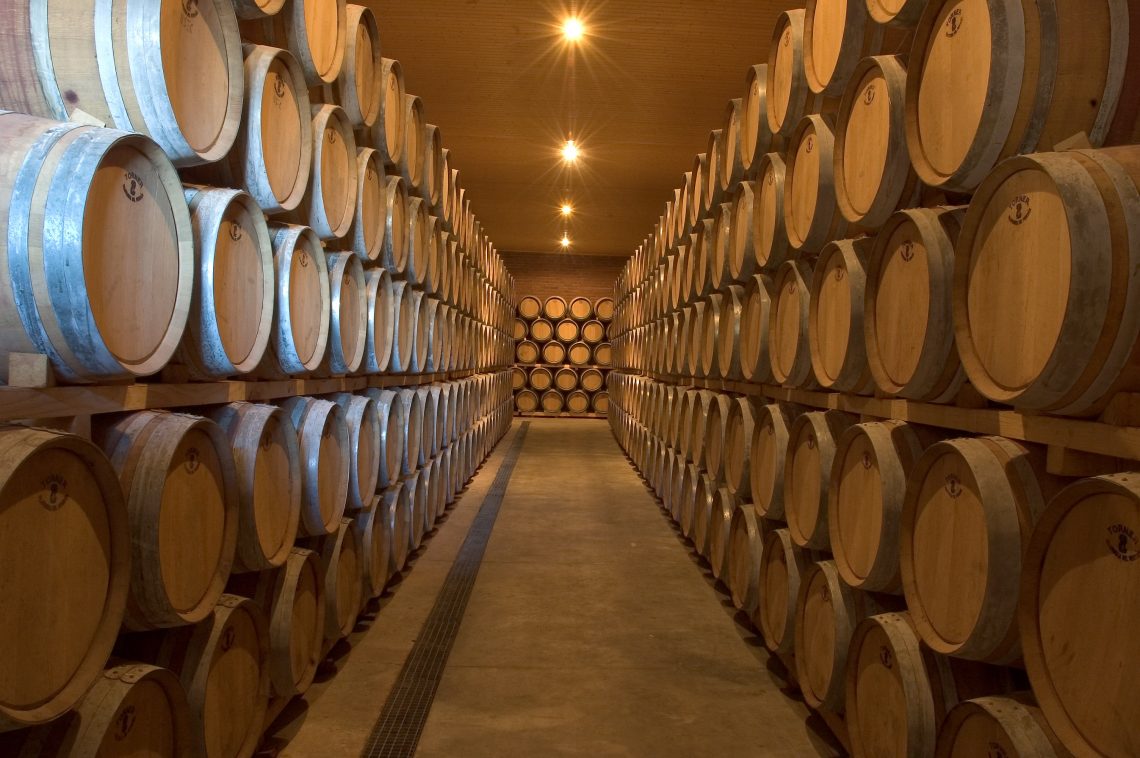 The stones are the distinctive element of the territory of Cariñena (Aragon, Spain) that make the wine produced unique.
A rocky land that winemakers define as full of life, vineyards and great stories.

This is the essence of the Cariñena Protected Designation of Origin which gives life to “El vino de las Piedras” (“The wine of stones).

The terrain and the altitudes give the Cariñena landscape a wide variety of scents and colors. The stones force the vines to survive in almost extreme conditions. This results in more concentrated and intense grapes, and much more aromatic than those grown in other lands.
A unique area in the world where native varieties such as Garnacha are grown.

Since the birth of D.O. Cariñena, which goals have been achieved and which remain to be achieved?
The production of wine in this area is already documented in Celtiberian and Roman times and the Designation of Origin was officially established in 1932, making it one of the oldest in all of Spain.

We have always been a territory dedicated to wine, with centuries of experience and effort. Since the birth of the PDO, we have consolidated a reference region in Spain and in the world, guaranteeing the quality of wine production and promoting it with increasingly important marketing actions in such a competitive market. 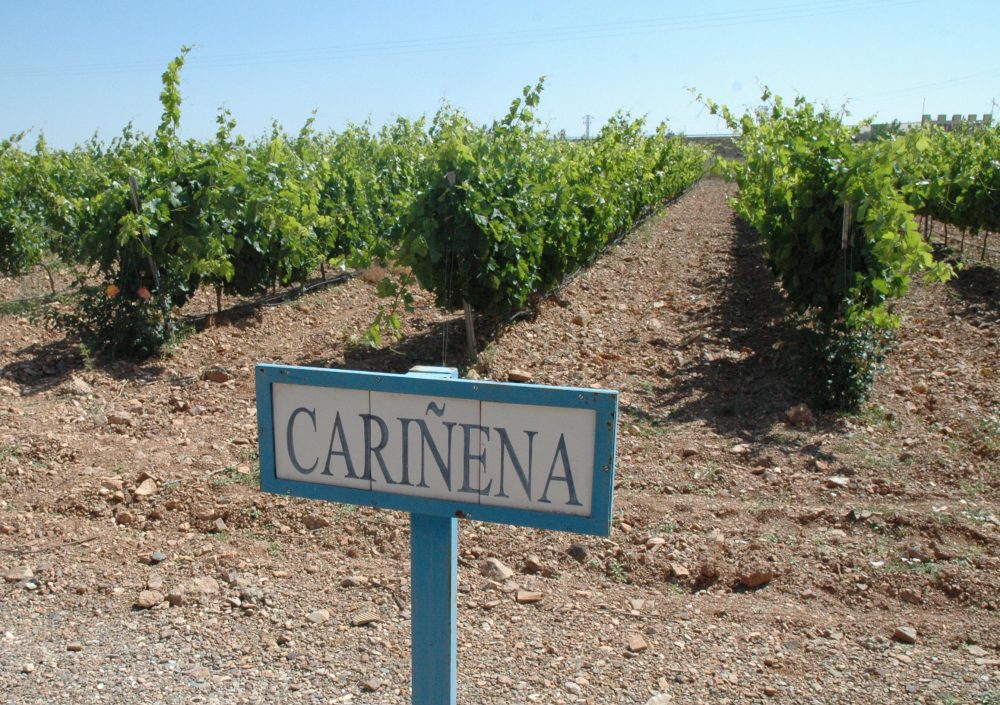 Production in 2021 exceeded 35 million bottles and most of them were exported to 60 countries on the five continents, even if the domestic market is of great importance for us. We are overcoming the serious crises with which this decade started better than other appellations and the challenge is to continue with the competitive improvement of our wines, consolidating the current markets, in particular North America, and expanding them as much as possible. 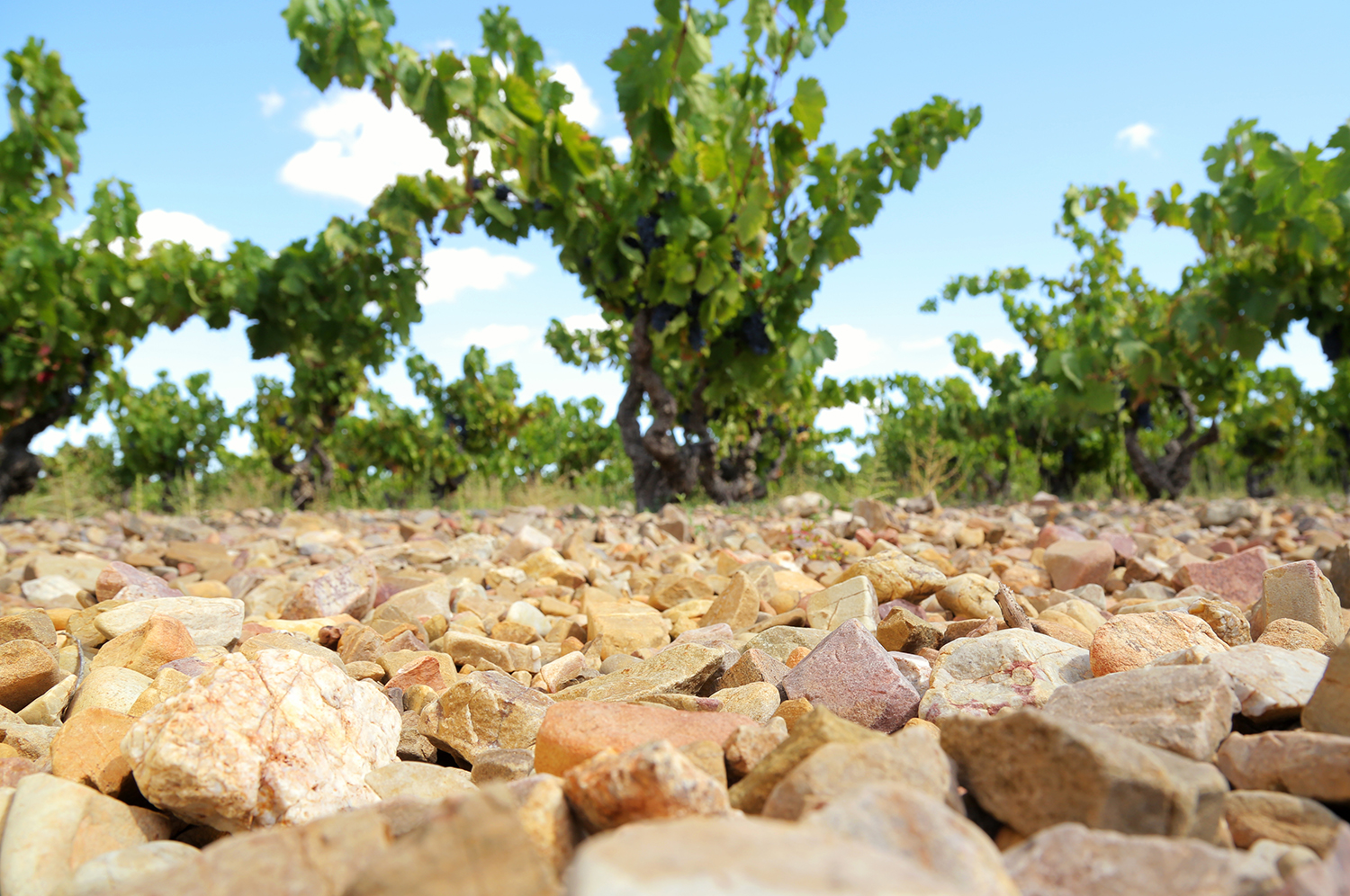 What are the peculiarities of the territory and its wines?
A great diversity of soils and altitudes and the great potential offered by its most characteristic vines. Rocky terrain predominates, which is the essence of our successful “El Vino de las Piedras” promotional campaign. The stones are an inert and rather uncomfortable element in the field but the winemakers have managed to transform what seemed a drawback into a success factor, obtaining more concentrated and intense grapes, and much more aromatic than those grown in other lands.

What services/activities do they use to promote the wine region?
The Cariñena PDO initiated an extensive renewal of its image in 2007, on the occasion of its 75th anniversary. And in 2011 he launched the successful El Vino de las Piedras campaign, which perfectly defines how excellent wines emerge from our stony soils thanks to those unique soil conditions.

In this period, innovative initiatives around this motto, which already identifies the entire Denomination, have led to a complete relaunch of Cariñena wines. Powerful national and international campaigns were carried out, with prominent personalities from all the territories, who participated in events and got their hands on the so-called Paseo de las Estrellas and were the protagonists of the Grape Harvest Festival, a tourist reference point in Aragon. 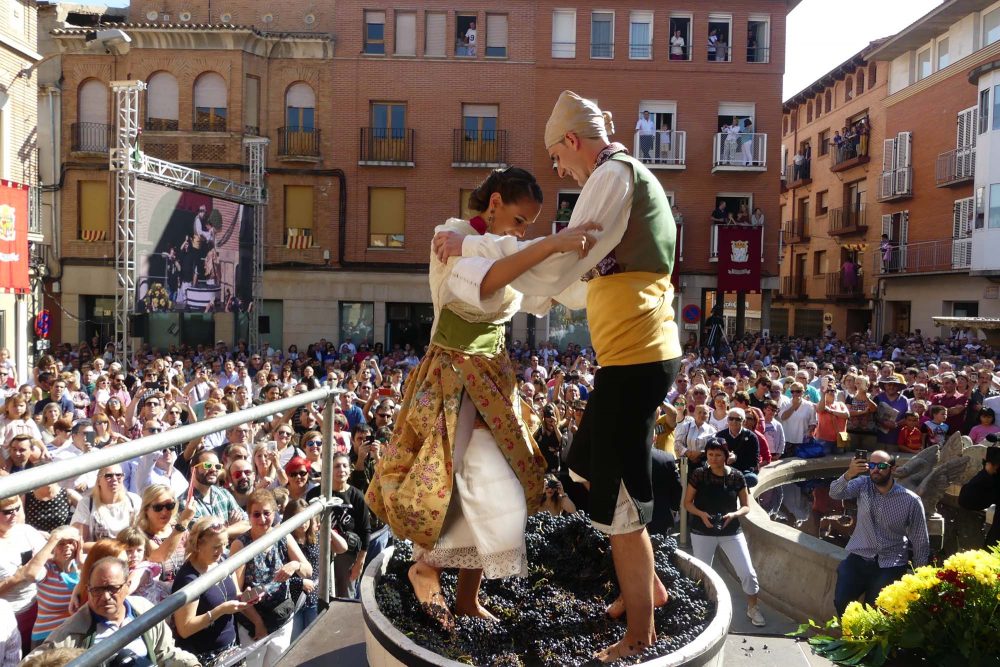 Another exceptional action that reinforces our promotion every year is the El Vino de las Piedras Premium Collection, a showcase of twelve of our best wines, chosen by the best experts as champions of modern production carried out by all wineries.

Can you briefly describe the areas of cultural and wine tourism interest in D.O. Cariñena?

The Cariñena Protected Designation of Origin goes hand in hand with other institutions in promoting wine tourism in the area, through the Cariñena Country Wine Route La Ruta del Vino de las Piedras, recognized by the Association of Wine Cities (ACEVIN). In collaboration with the wineries, which have been developing initiatives in this field for years, numerous activities are carried out every year. 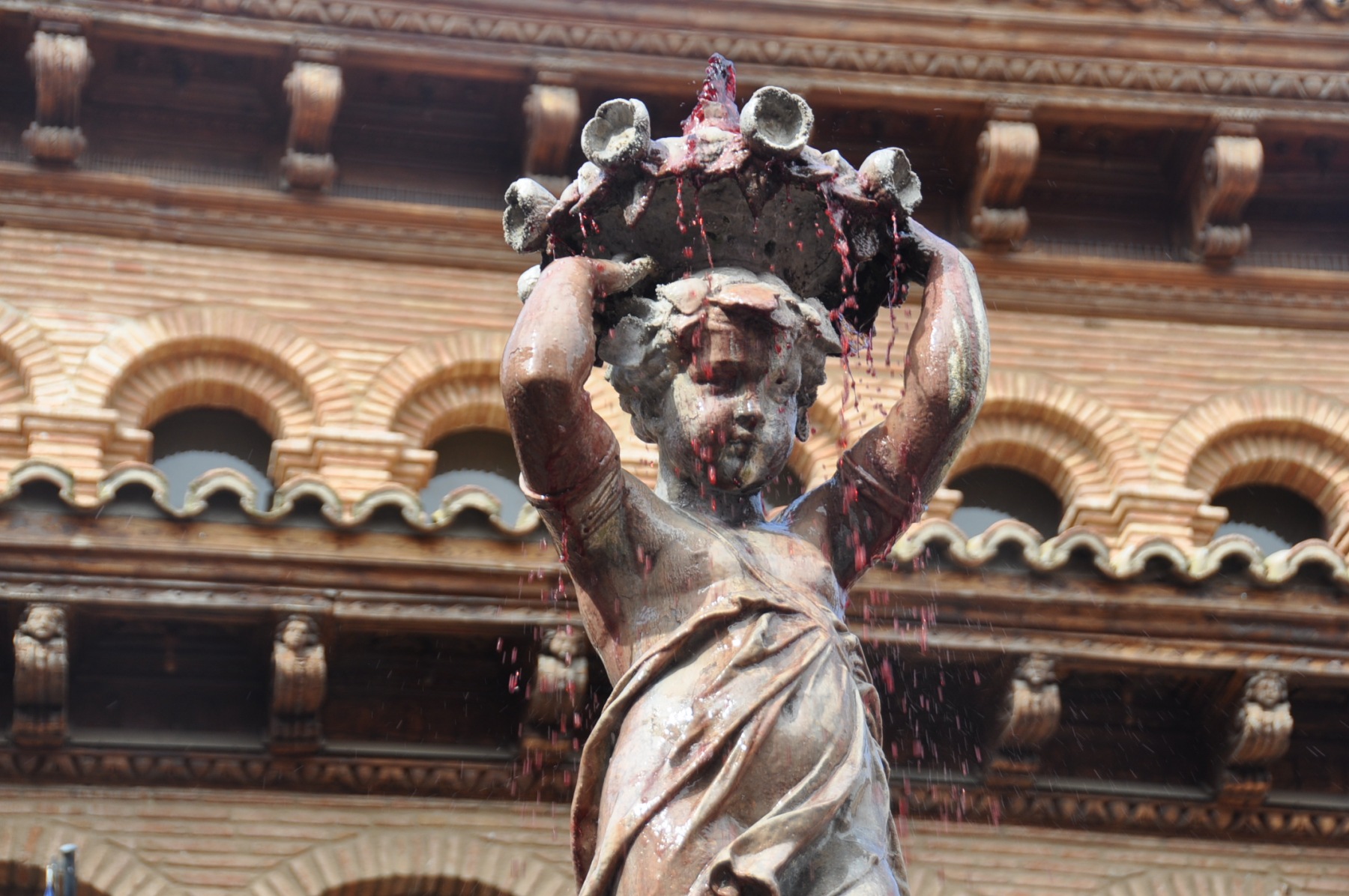 The Wine Museum of the Denomination, located in an old cellar, is one of the obligatory stops. In addition to wine tourism, the area has other extraordinary tourist attractions such as the Ruta de Goya (his hometown is a few kilometers from Cariñena) or the ceramics of Muel. Zaragoza, capital of the autonomous community of Aragon and fifth largest city in Spain, is just 47 kilometers away. 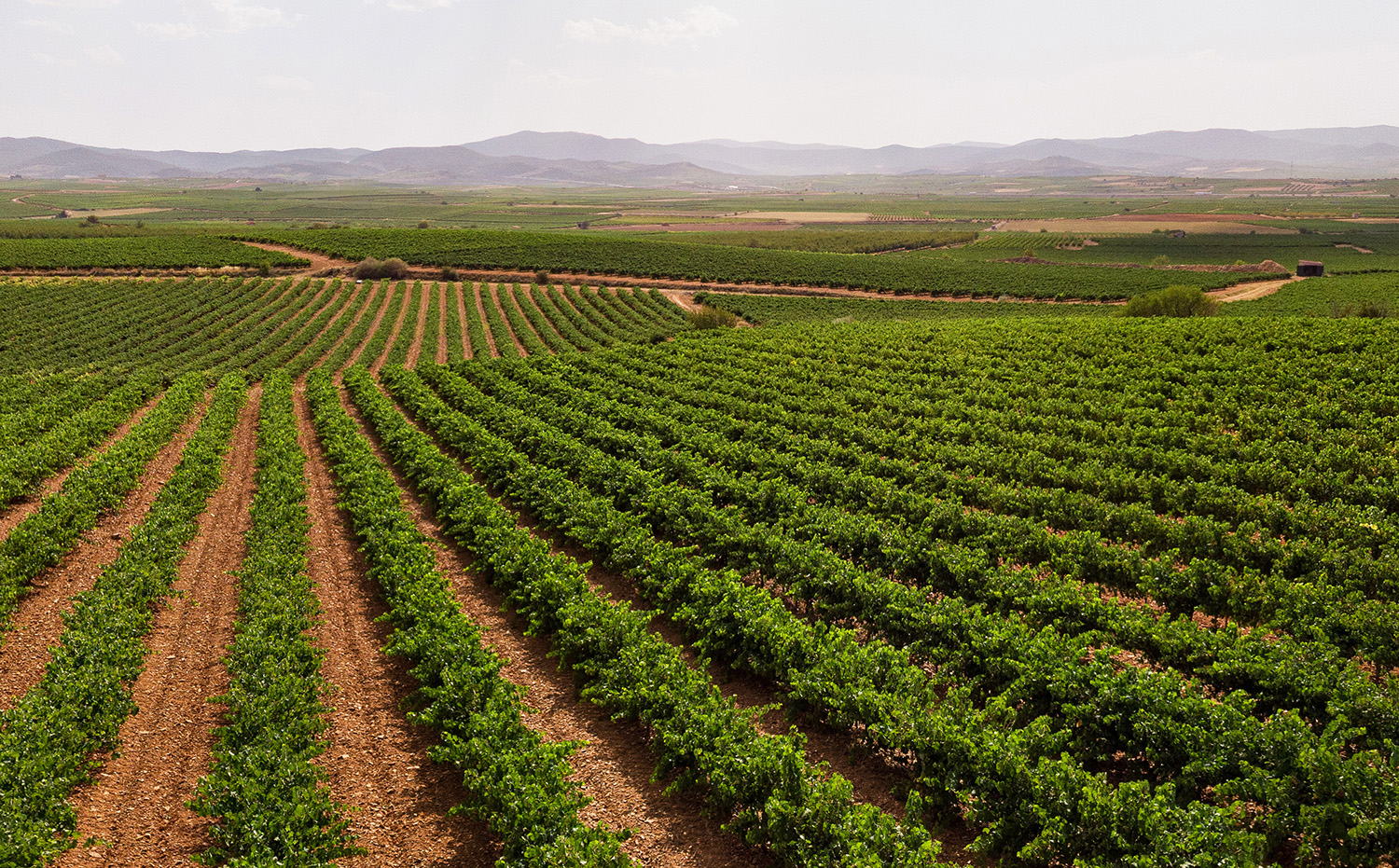 Why are DO Cariñena wines so special?

They are modern and highly elaborated wines that meet the demands of the various markets.

The different brands produced by the over 30 wineries of the Denomination are obtaining numerous awards in the most prestigious competitions around the world.

The Garnacha Tinta grape, native to the territory and increasingly appreciated by all consumers, is the most cultivated, accounting for a third of the production, but we must not forget another wonderful grape that has been inextricably linked to this Denomination from its origin: la Cariñena.

We are the only Denomination in the world that names a variety. And, for this reason, wineries use it more and more, not only in coupages, but also to produce surprising varieties.