The plantations are placed on terraces, on steep slopes facing north and facing the sea. The soils are reddish in color, rich in organic matter, with a low percentage of lime and abundant nitrogen, phosphorus and potassium.Let’s find out more from the words of María Paz Gil, Director of the Tacoronte-Acentejo Regulatory Council. 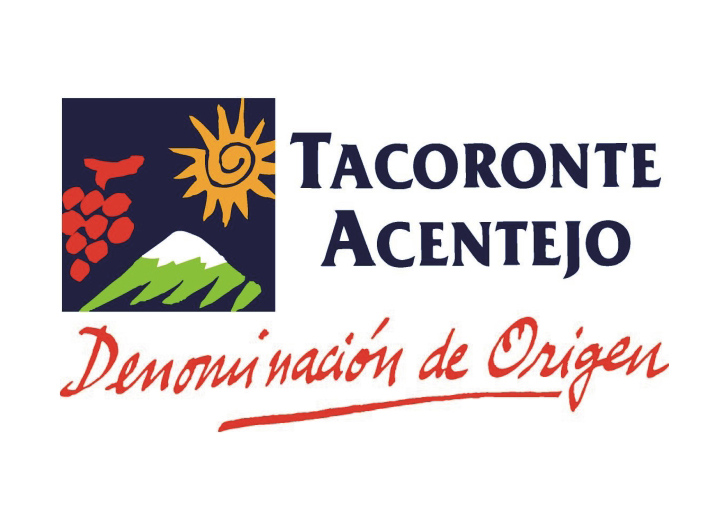 Since the birth of the D.O. Tacoronte-Acentejo, which goals have been achieved and which remain to be achieved?

Tacoronte-Acentejo is the first designation of origin of wines in the Canary archipelago and in this year 2022 it celebrates its thirtieth anniversary.In these three decades many wineries and winemakers have been part of this Tacoronte-Acentejo Regulatory Council, positively contributing to raise and maintain the symbol of quality and origin that the back label represents in the wines that are placed on the market.Landscape, environment, history, economy, culture and social relations constitute a network of positive synergies that allow the Tacoronte-Acentejo wine region to be a unique reference space in the Canary Islands as regards wines and vineyards.The notoriety of Tacoronte-Acentejo is palpable in the different markets, whether local, regional or national when referring to the wine sector of the Canary Islands; however, there is still a long way to go in terms of presence on European markets.

These thirty years have served to organize and raise awareness of a sector that has been able to adapt to the proposals of technological changes in search of quality viticulture and exceptional wines recognized in many national and international competitions. The main challenge that Tacoronte-Acentejo has at the moment, in its bowels – like the entire agricultural sector in general – is precisely that of stopping the abandonment of vine cultivation and creating a generational change that works the vineyards.

Contribute to making viticulture attractive and economically efficient for the new generations. The role of the winegrower is essential to maintain the production, and with it the landscape, the environment and the socio-economic history of the Tacoronte-Acentejo region. 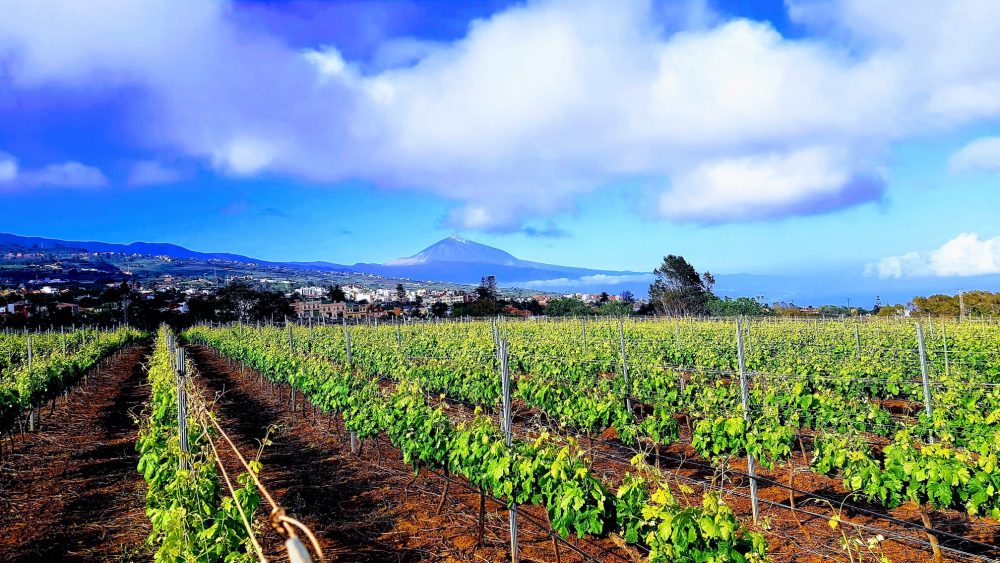 What services / activities do they use to promote the wine region?

Tacoronte-Acentejo is also constantly engaged in the promotion of its territory and its wines. In addition to the usual channels of print, radio and billboards, there is the potential of social networks and influencers with the implications that this entails. In addition, regional and national fairs are held every year, where the presentation of wines and the possibility of tasting them implies a sensorial approach to the varietal richness of the Tacoronte-Acentejo region.

The promotion is generally global, we speak of “Tacoronte-Acentejo” as the sum of individual brands that make up a vast region to be discovered. And it is that, within Tacoronte-Acentejo there is space for all kinds of projects, from winemakers with a thousand meters of vineyards to winemakers with, for example, more than ten hectares of vineyards. From the cellars that produce a thousand bottles to the cellars that produce more than a hundred thousand bottles a year. Tacoronte-Acentejo is a space where everyone adds up. The logo of the Designation of Origin with the representation of the Teide volcano, the bunch of grapes and the sun is a good synthesis of the identity of Tacoronte-Acentejo.

Can you briefly describe the areas of cultural and wine tourism interest of the D.O. Tacoronte-Acentejo?

Tacoronte-Acentejo is more than vineyards and wines, as it also forms a cultural landscape capable of attracting different cultural sectors. Obviously, gastronomy is the main partner of the region’s wines and for this reason every year it is the absolute protagonist in the various enotourism actions that are proposed, or in the various activities that are planned to bring the wines of the rural environment closer to the city (mainly to the area subway of the island); but also artistic events such as the Biennial of Art and Wine Tacoronte-Acentejo La Vinal, where the world of art merges with the world of wine, resulting in the publication of artistic catalogs and various exhibitions (to date various groups have participated, such as such as, painters, sculptors, photographers, illustrators, cartoonists, jewelers and engravers) or the Vinaletras Culture and Wine Notebooks where the wine sector is faced with different approaches, both from literature and science or art (available in the section on web publications: www.tacovin.com). Furthermore, the firm commitment in the various appointments with the world of cartoons in their meetings known as Entre Viñas y Viñetas for more than a decade represent an “export” of the Tacoronte-Acentejo region beyond its terrestrial borders, towards predominantly cultural spaces.

Focusing on wine tourism, Tacoronte-Acentejo participates in large fairs – usually in the hands of a higher public administration – which show the attractiveness and richness of the Canary Islands, for example in fairs such as FITUR, Madrid Fusión, San Sebastián Gastronómika, etc. . In these events, in addition to wines and vines, the landscape and the possibilities of the territories are indicated as factors of attraction for the tourist mass. These are meetings where the goal is to capture the customer’s attention through living experiences that also generate emotions in him; so that finally the customer appreciates the destination of Tacoronte-Acentejo or the Canary Islands when he decides to go on a trip. Normally, the offer of good gastronomy, landscape, tranquility and entertainment is transmitted. 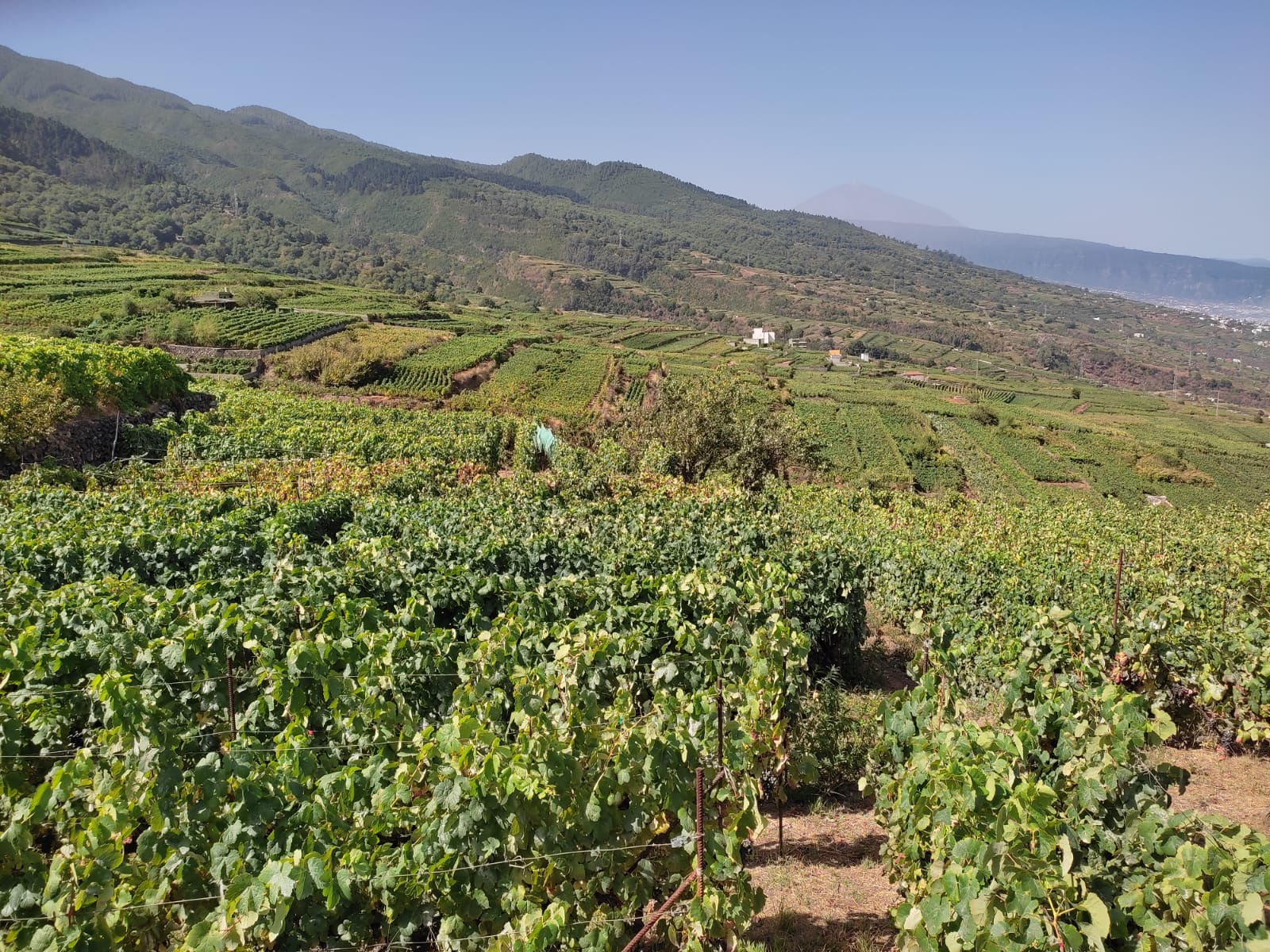 What are the goals set to spread its excellence more and more internationally?

The presence of our wines in the large European and American markets continues to be expected, beyond the presence of testimonials with which they are currently. However, the limited annual production of around one million liters is mainly destined for the domestic market itself, namely the Canary Islands.It would be very relevant if the millions of tourists who visit the islands every year chose our wines for their consumption occasions.An active presence in digital media can help domestic or foreign tourists to associate the island as a “wine island”, as well as sun and sand. We recall that a few centuries ago, during the period of expansion of the island’s wine economy, the archipelagos of the Canary Islands, Madeira and the Azores were known by American customs as “the islands of wine”. Closer to London, in the Docklands area, was Canary Wharf, the port area where maritime trade with the Canary Islands arrived, a name that is still retained today, although now for other commercial purposes. This gives us an idea of ​​the presence of our wines, long ago, abroad. 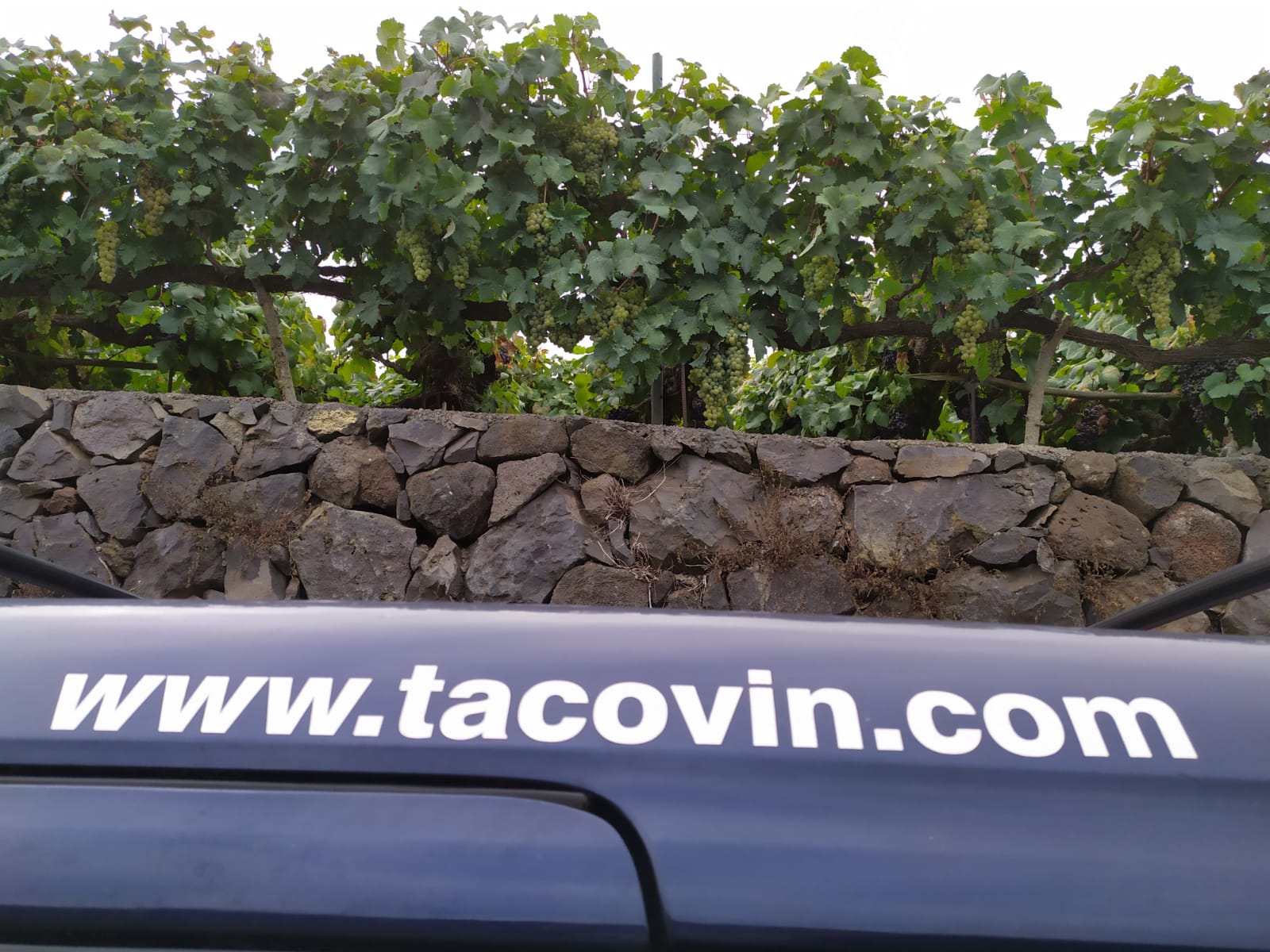 Why do D.O. Tacoronte wines are so special?

The production of wine, from its origins to today, continues to be mainly young red with Listán Negro as the main variety. We have wines that, every year, manage to place themselves in the most important medals at a regional and national level. They are local wines, respectful of the environment that sees them born, wines at Km.0. In addition to young reds, barrel-aged reds, dry whites, fruity whites, rosés and sweets are also produced, wines in their entirety, capable of satisfying the most demanding palates.

Behind the different wines there is a huge amount of work in the vineyard and in the cellar. This global work allows the population to settle in rural areas, protecting a landscape of vineyards that gives charisma to the wines that are produced there every year.

The vineyard has been present in the landscape of the region for more than five centuries (since the first settlers brought it after the conquest of the Canary Islands), so I think it is worth fighting for it to remain a symbol and image of the region.