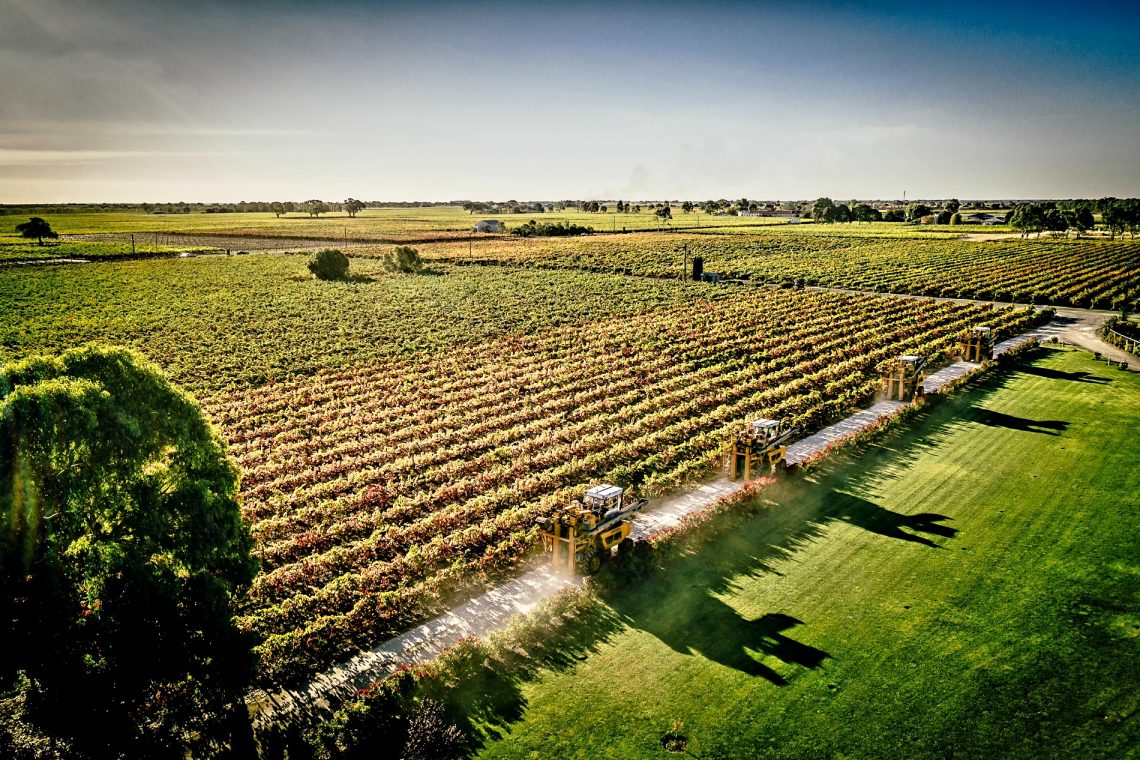 Coonawarra is located in the heart of South Australia’s Limestone Coast, approximately 380km south of Adelaide and 427km west of Melbourne, making it a comfortable half day trip from the two vibrant capitals.

A unique land of its kind, 27 kilometers long, Coonawarra is known for the production of incomparable red wines, such as Cabernet Sauvignon.

The famous Coonawarra Strip, as it is known, is home to more than 25 wineries.

The Red Earth of Coonawarra is extremely valuable: a light permeable clay with an average depth of 50 centimeters on a limestone base, allows water to flow freely, providing ample air and opportunities for the vine’s roots to explore and thrive. The vines growing in red soil have a natural balance between leaf and harvest, with the grapes developing intense colors, varietal fruit flavors and fine tannins as they ripen slowly in the clear light and cool climate of Coonawarra.

Let’s find out more about the Coonawarra Wine Region from the words of Ockert Le Roux. 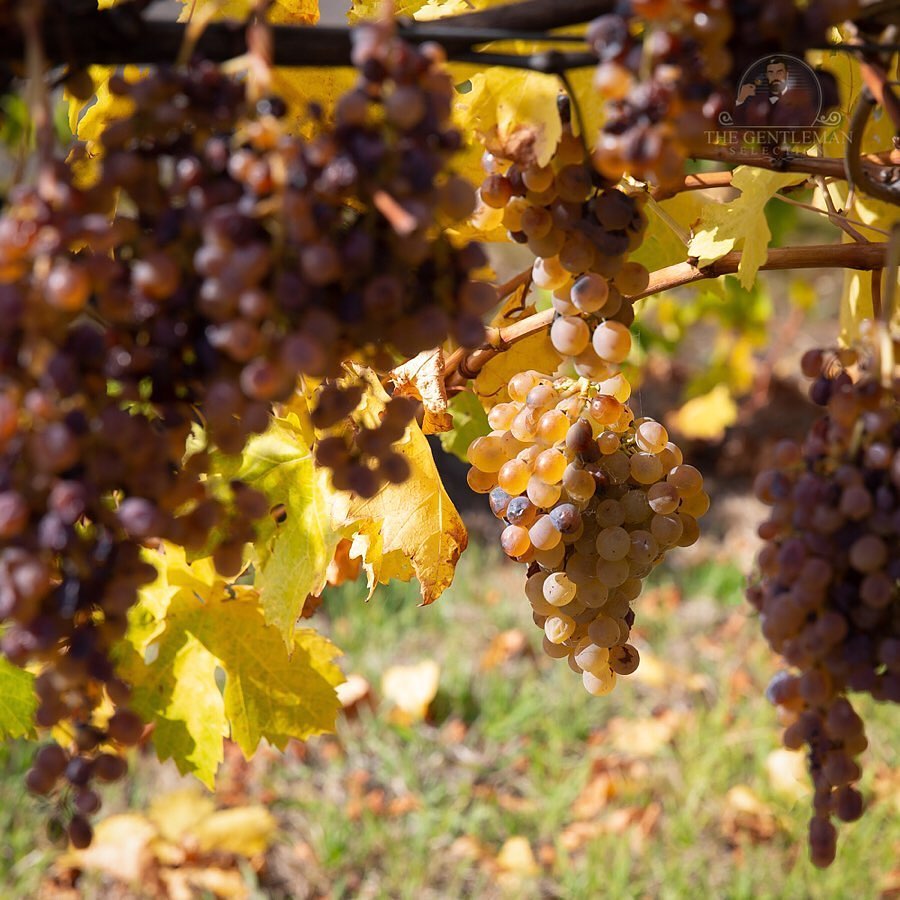 Harvest: mid March to late May

Soils: predominantly terra rossa, with black and brown rendzina soil- which lies to the west of the ridge. Altitude 53-69 meters above sea level.

Although Coonawarra is 80 kilometers inland from the coast, it is very flat.  Ocean currents from the Antarctic easily cover the distance from the coast and can cool the vines during late summer afternoons, resulting in warm days and mild to cool nights.  This, combined with consistent cloud cover, allows for a longer and slower ripening season, giving the fruit a chance to develop more complex flavours and retain its natural acidity.

Terra rossa is by far the region’s most prestigious and valuable land.  The soil is calcium-rich, which leads to good drainage and iron oxides.  Below the terra rossa is a calcrete capping, a hard layer of calcium carbonate on top of the less-dense limestone below.  This calcrete curbs profound root growth and controls the vigour of the vines.  This restriction is essential to the concentration of flavour and distinctiveness of these wines. 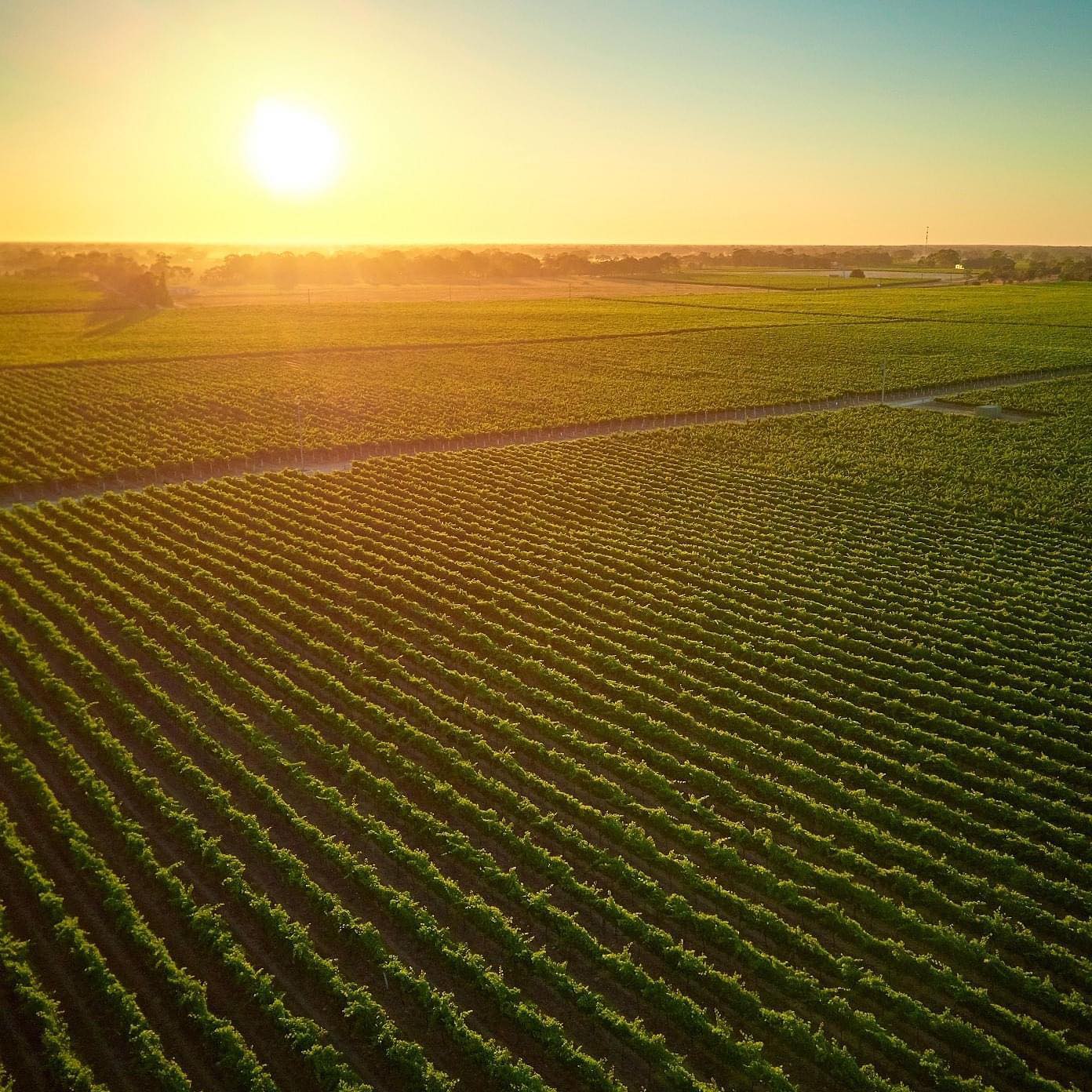 The culmination of the factors described gives Coonawarra a cool climate that prolongs the ripening season and a unique soil structure that restricts water and nutrients to the vines.  This results in fruit that has reached phenological ripeness with great concentration and complexity of flavour whilst retaining high natural acidity.  In terms of the region’s Cabernets, this translates into wines with medium body, velvety tannins and highly intense aromas and flavours which consist of black fruits and dark chocolate, which are usually accented with notes of toasted oak in the winery.  It also means these wines will cellar exceptionally. 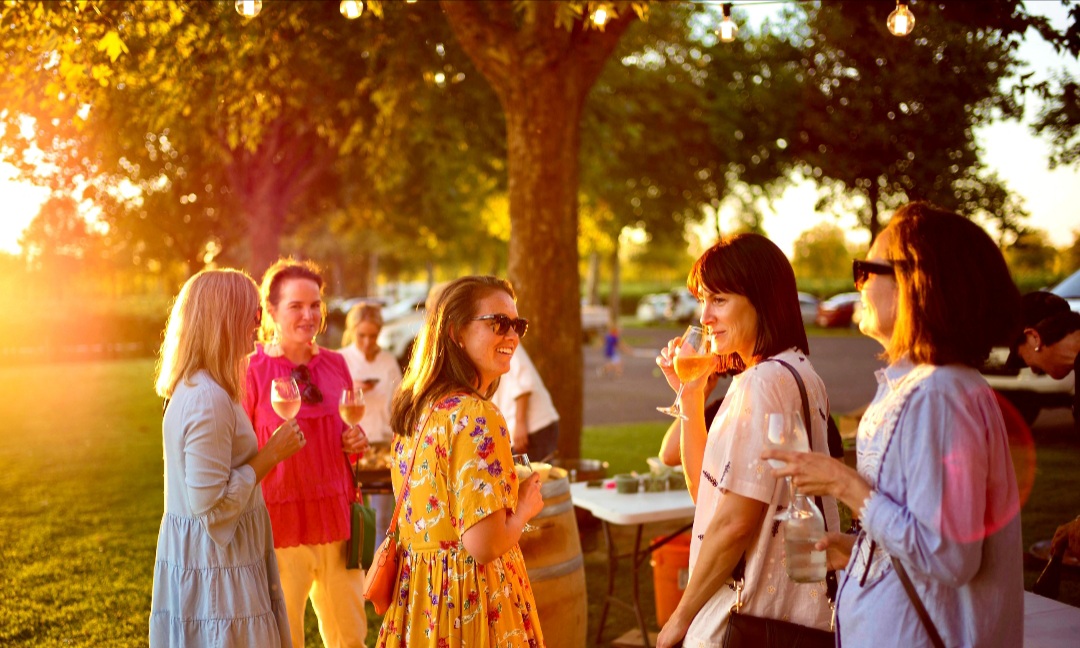 What services/activities do you use to promote your wine region? 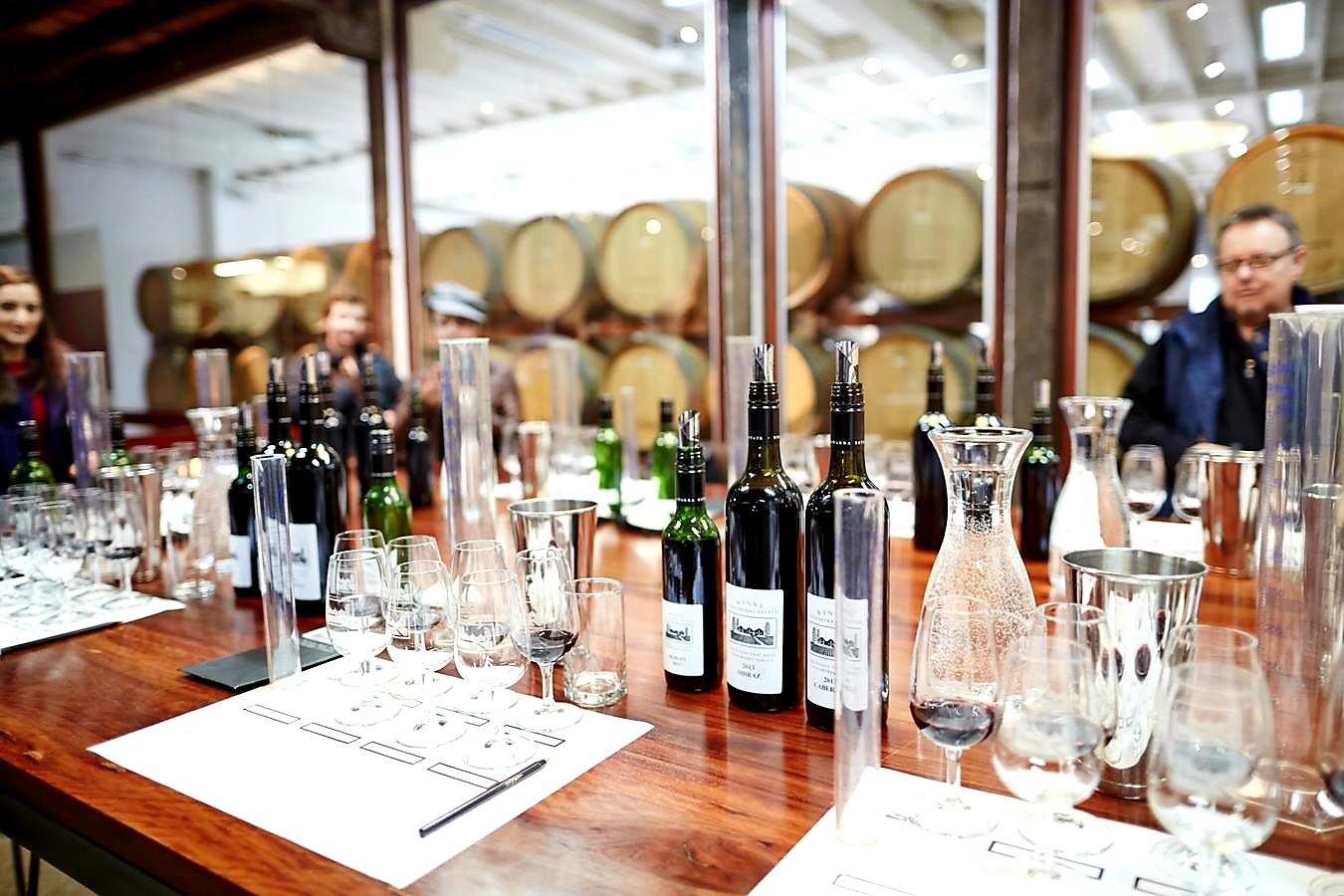 Can you briefly describe the areas of cultural and wine tourism interest of Coonawarra Wine Region?

Coonawarra is a burgeoning tourist destination, and the primary reason for visiting is wine.  But if you need a tasting-bench break, there are other activities on offer to keep you entertained.  Geographically Penola and Coonawarra are situated in the centre of the Limestone Coast.  Within a 90 minutes’ drive, you can reach the picturesque seaside settlements of Robe, Beach Port, and Port MacDonnell.  Naracoorte Caves, the first and only World Heritage listing in South Australia, lies 40 minutes drive to the north.  It is one of the world’s ten greatest fossil sites which opens a window to the ancient animals that roamed the area 530,000 years ago. 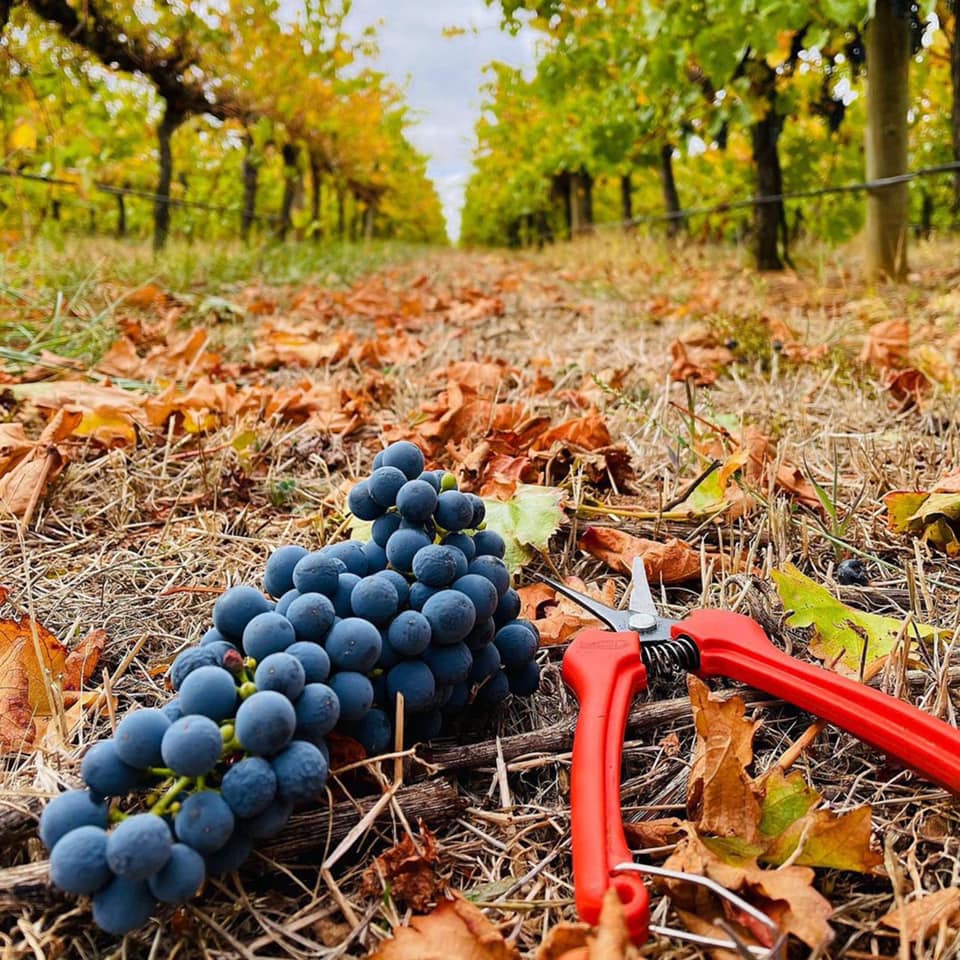 To the South lies Mount Gambier, South Australia’s second-largest city built on the slopes of a dormant volcano which was still active as recently as 5,000 years ago.  The world-famous Blue Lake and Umpherston sunken garden are other major tourist attractions.  While on the road, you’ve got to eat and luckily, there are plenty of award-winning restaurants such Ottelia (Coonawarra), Hollick Upstairs (Coonawarra) Piper of Penola (Penola) The Barn (Mt Gambier) and Mayura Station Millicent) and many more welcoming eateries in between. 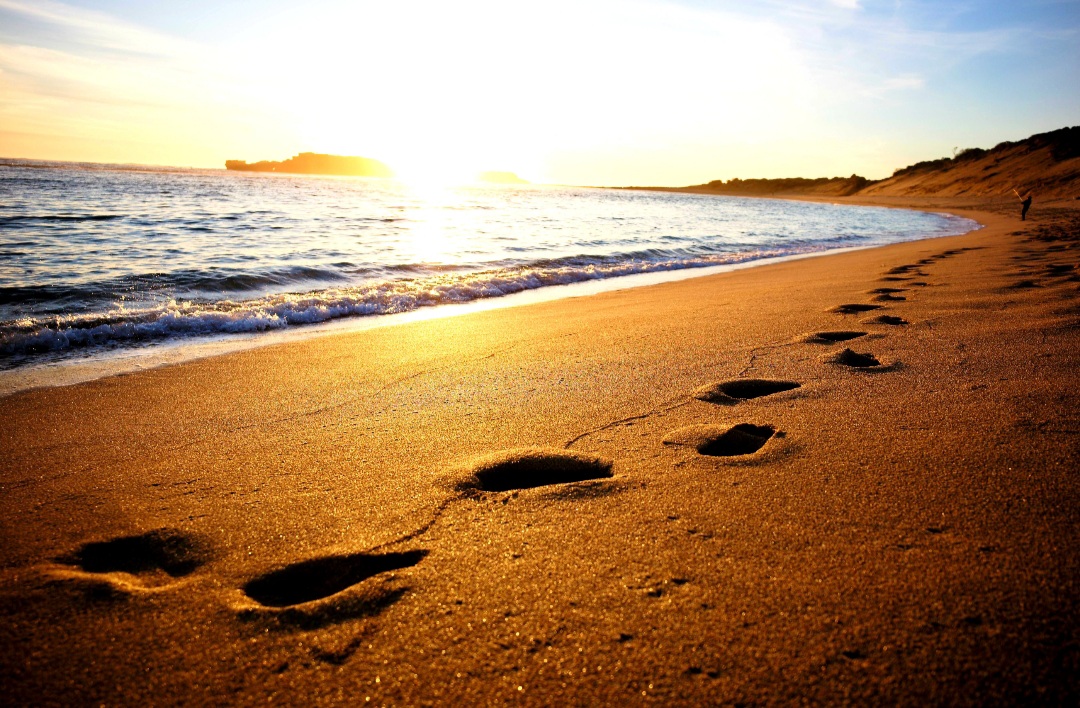 What is the goal set for the near future to spread your excellence more and more internationally?

There has been a resurgence in demand for Coonawarra Cabernet both in Australia and overseas after a perceived or actual period when Shiraz, alternative varieties and styles garnered the spotlight.  This has been stimulated by new wine drinkers who are excited about discovering classic Coonawarra wines and our outstanding reputation for reliable quality and consistency.

Coonawarra is one of the few regions where free draining soils and maritime ripening conditions achieve the ultimate Cabernet Sauvignon varietal expression.  There are currently 5,841 hectares of vineyards in Coonawarra, with 64% devoted to Cabernet Sauvignon – representing 13% of Australia’s planted Cabernet.

Coonawarra constantly seeks new markets, both at the domestic and international level.  The recent trade embargo introduced by China against bottled red wine from Australia impacted our industry negatively. We are currently focusing our marketing on the European markets.

Why are the wines of the region so special?

Coonawarra is Australia’s premier red wine region, a truth shared by wine connoisseurs, visitors, and locals.  From the rich rust-coloured Terra Rossa soil to the prized red wines that have made it famous.  Today’s style of Coonawarra wines is more approachable but still has the ability to age wonderfully.  There is a renaissance taking place in Coonawarra which is exciting.  We can see a modern Coonawarra style evolving that started in the vineyard with a closer collaboration between winemakers and viticulturists.  This has led to the introduction of new and improved clones resulting in better consistency in quality and a purer expression of Coonawarra produced fruit.  It has come about through the natural evolution of viticulturists and winemakers understanding not only Coonawarra, in the broad sense, but the build-up of the history of the wines produced from individual sites. 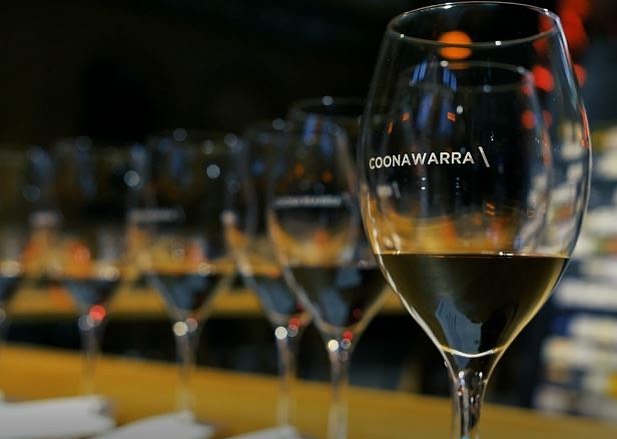 Wineries within Coonawarra now have a great resource in their operational reference stock.  This base has allowed the evolution of the modern Coonawarra style – reflected in fabulous fine tannins, bright fruit characters, finessed by more restrained French oak.  Coonawarra’s style demonstrates our commitment to producing 100% estate-grown fruit from our unique trellised vines, maintaining a reputation for delivering consistent quality wine year in year out.  We seek finely woven tannins with classic Coonawarra flavour layers in a medium-bodied wine.