Located in the extreme south of mainland Portugal, the Algarve is one of the most fascinating areas of Portugal, with well-defined characteristic features, whose climate, natural vegetation, proximity to the sea and the pedoclimatic characteristics of the territory make it ideal for grape cultivation.
The region produces red, white, rosé and fortified wines. There are four regions that produce wine with a Designation of Origin: Lagoa, Lagos, Portimão and Tavira.

CVA is a legal entity of private law and of public utility, of an inter-professional nature, with the aim of guaranteeing the genuineness and quality of the wine products entitled to the Algarve DO and Algarve IG, the definition of the respective production processes, the promotion and the defense of these denominations.

Let’s find out more about this region rich in wine history from the words of Sara Silva, President of the Algarve Wine Commission. 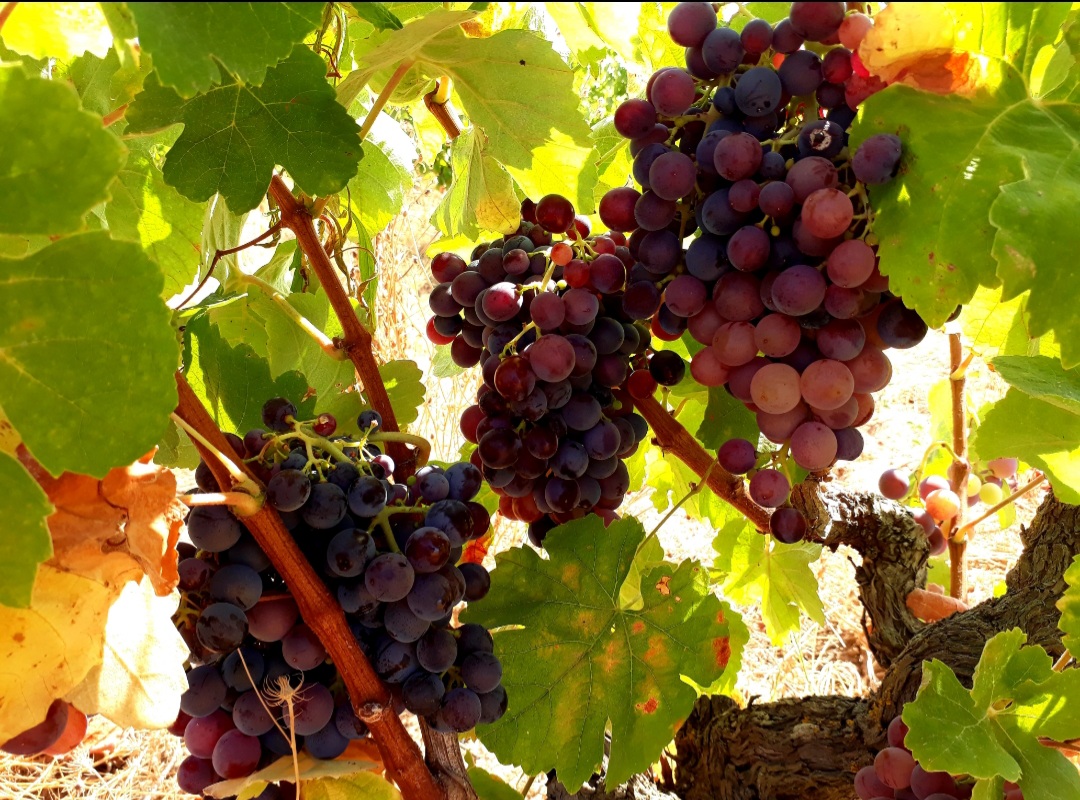 When was your Wine Commission born and what are its objectives?

The Algarve Wine Commission is an association made up of entities representing the professional interests of the sectors of production and trade of wine products entitled to Denomination of Origin (“DO”) and Geographical Indication (“IG”) of the Algarve region. Its purpose is to manage and defend the designations of origin and geographical indications of that region, the registration of the respective economic operators, as well as the control and certification of said products.

The Algarve wine region was demarcated in 1980 and the Algarve Wine Commission started its activity in 1994.

The Algarve Wine Commission has been accredited since 2012 for the certification of wine products with Denomination of Origin Lagos, Portimão, Lagoa and Tavira and Geographical Indication Algarve. Over the last few years, it has registered a very positive evolution in terms of the increase in the number of producers, vineyard area, production and quality of wines.

Today, the Region produces around one million six hundred thousand liters of wine and introduces more than one million bottles of certified wine on the market. At the moment, the region has 1,400 hectares of registered vineyards and the area corresponding to certified wines is approximately 500 ha.

Of all that can be said about Algarve wines, some elements stand out that make this terroir unique. The high incidence of sun exposure, close to 3000 hours of annual sunshine, and the spice of the maritime air of the Algarve Atlantic that give the vineyard a relatively low and moderate temperature range.

We also have the diversity and mix of soils that, in the same vineyard, and even in the same row of vines, makes the same variety behave differently. These are just some of the factors that enrich these southern vineyards.

Due to its orography, the Algarve has 3 well-defined areas: – The coast, an area by the sea where a large part of the vineyards were once located, in sandy and sandy clay soils; – The barrocal, an area between the coast and the mountains, where most of the Algarve vineyards are currently located, based on terrains mostly sandy clay, limestone, schist and alluvial clay, the latter due to the proximity to the various streams that flow in the barrocal ; – And an orographically much more rugged area, the mountains, where there are practically no vineyards.

In the production of these types of wines, we find varieties of national and international recognition, in vineyards with clones that are very well adapted to the Algarve terroir.

Among the varieties, we highlight Negra Mole, the second oldest Portuguese variety, with greater genetic variability, with white clones and colored clones, and is considered the Algarve variety par excellence. In the 80s of the last century, Negra Mole represented 75% of the Algarve vineyards. Nowadays, there is a resurgence of more open red wines, with the Negra Mole variety, which is quite versatile, also used for fortified and sparkling wines. 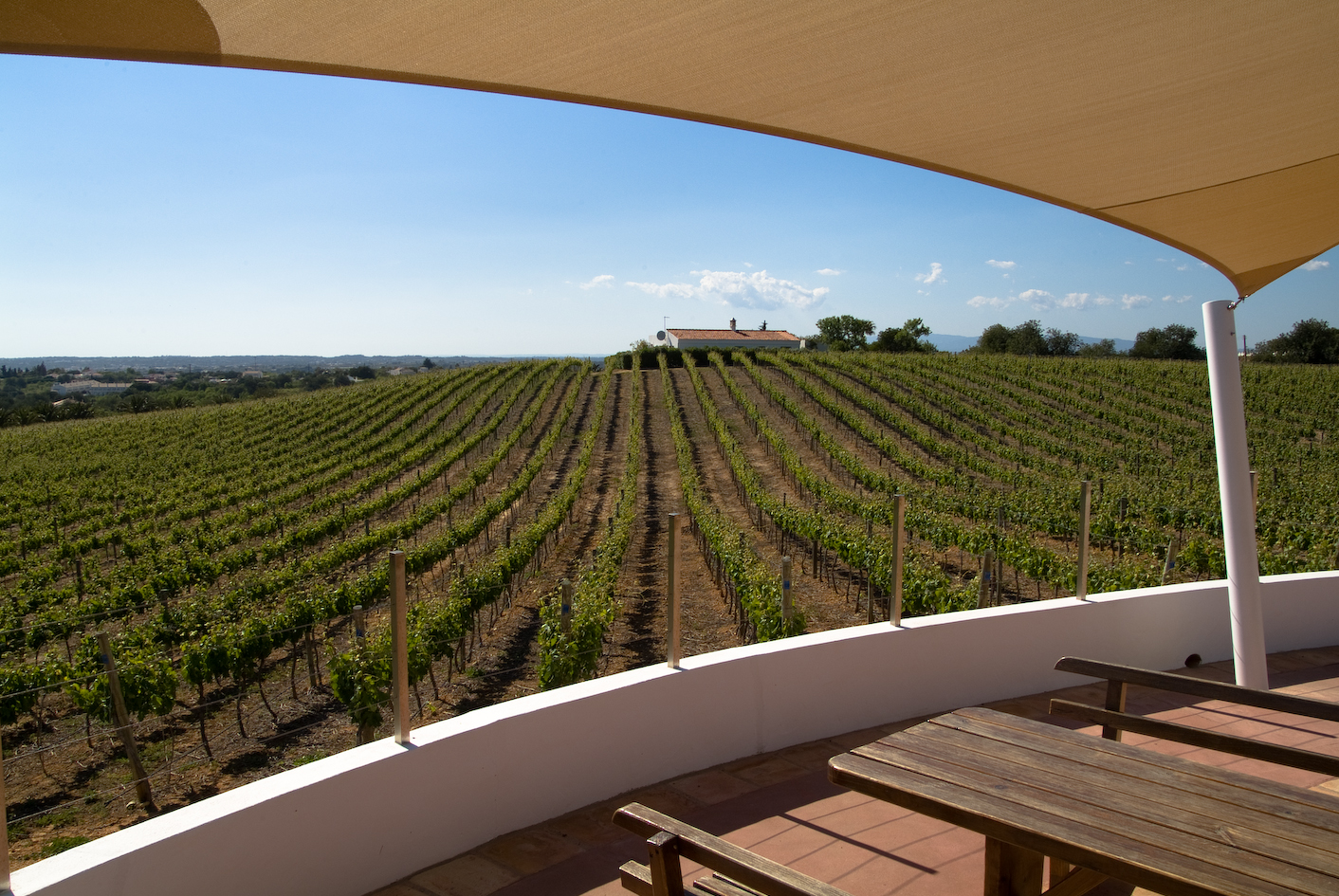 Through which services/ activities do you promote your wines and wine tourism in the Algarve?

The promotion of Algarve Wines is carried out by CVA with the aim of continuing to project the Vinhos do Algarve brand and the Algarve Wine Region and boosting the sales of Algarve Wines on the horeca channel, through a series of actions. aimed at the sector, as well as at the level of wine tourism.

We have several initiatives in the restaurant and hotel sector, through training on Algarve Wines and a seal of dissemination for restaurants that sell the region’s wines, with a view to increasing the perception of value and differentiation of Algarve wines. This campaign also intends to show the market the union and cohesion of the different economic agents in the Region, highlighting, at the same time, the Wine Producers and the Restaurant, for the certification of the genuineness and quality of their products.

Annually, the Algarve Wines Contest aims to award distinctions to bottled wines from the Algarve. For this contest we invited an important segment of sommelier judges from the region and the country. 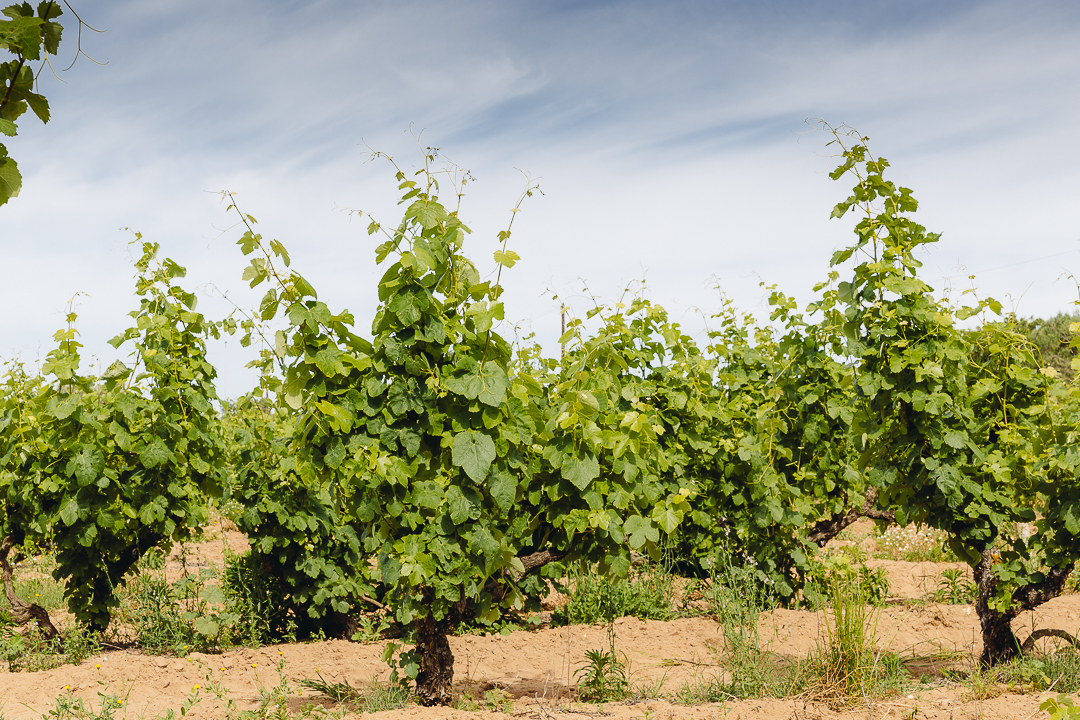 We are present with producers in various fairs and events that take place in the region, taking advantage of the dynamics of tourism in the Algarve.

We have collaboration protocols with the Algarve Tourism Region that promote our wines within the gastronomy and wine tourism segment. We train technicians from tourism posts and regional guides to better understand the wine tourism offer.

In the field of wine tourism, we have the Algarve Wines app, where it is possible to consult the geographical location of the producers, find out which points of sale and restaurants where the wines are available, as well as find news and events related to the Algarve Wine Region.

This year we started to carry out reverse sommelier and distributor missions in partnership with other entities such as ViniPortugal and NERA, referring to the US, Netherlands and Germany markets. 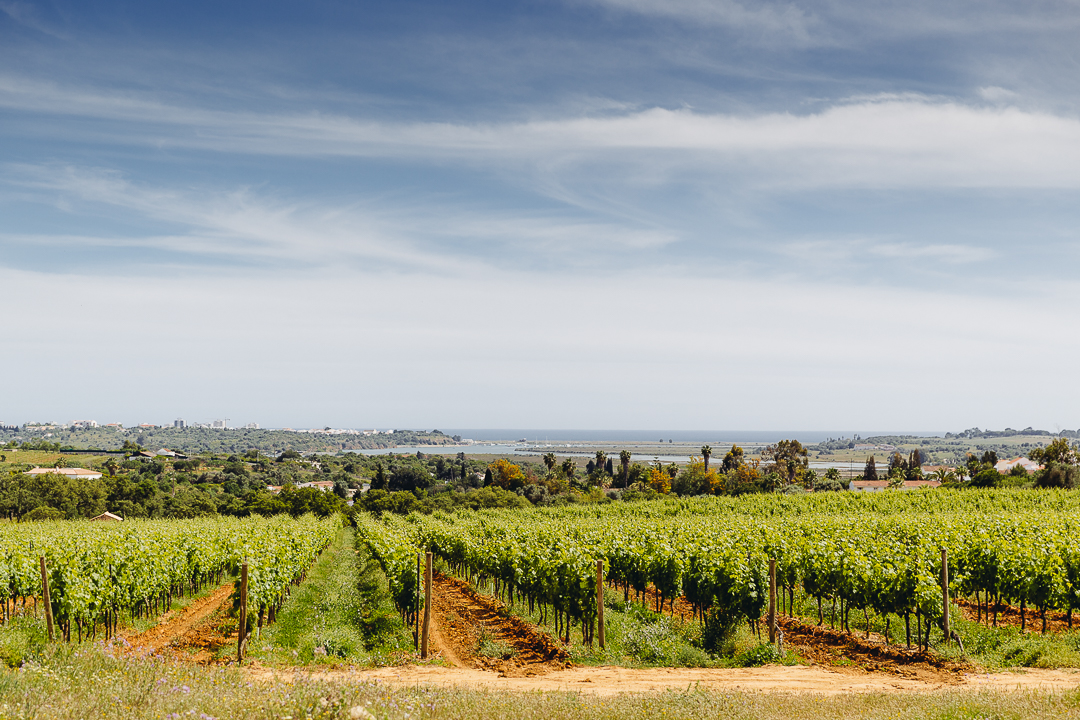 What are the goals in the near future to spread your excellence nationally and internationally?

The great challenge for Algarve Wines is, in a first phase, to assert its image in the regional and national market. Foreign markets will naturally emerge. As the Algarve is one of the target markets for the vast majority of national wine producers, competition from Algarve Wines in its natural market is very strong.

The main objectives are to bring producers closer to potential buyers (end consumers, restaurants and hotels in the region and the country, and importers), dissemination of the Algarve Wines brand to national and foreign consumers visiting the Algarve, and in the country , with a focus on Porto and Lisbon. At the same time, continue to promote and contribute to greater knowledge of Algarve Wines and the wine tourism offer, which we consider to be a strategic area. 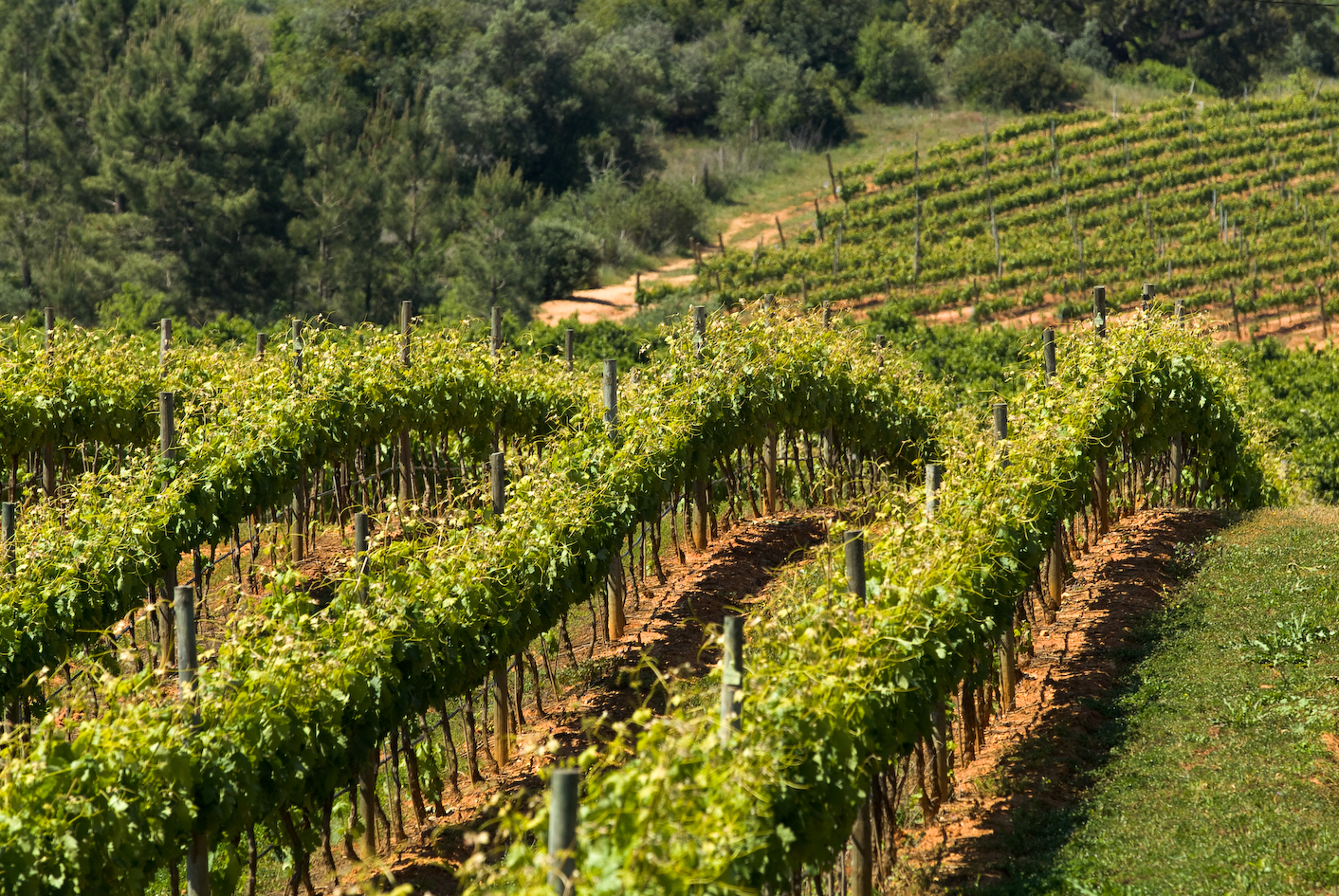 Why are the wines of the Algarve special?

Algarve Wines are indeed special due to their unique terroir, which stands out for its differentiation of soils, grape varieties and our fantastic climate with the influence of the sea. On the other hand, the intervention and history of national and foreign producers (about 35% are foreigners), contributes to a diversity of wines, with relatively small quantities, in which the producer/owner brand is very present.

The focus on quality over quantity has been the region’s development path, which has reinforced the appreciation of its native variety, Negra Mole.