The Euganean Hills are one of the most important cultural and natural heritage sites on a national and international level. The green heart of the Regional Park, within the province of Padua, has been the setting for famous literary narratives, signed by the likes of Petrarca, Foscolo and Shelley.

The volcanic origin of the soil, the Mediterranean scrub and the work of man make an area particularly fertile that, for two thousand years, among other things, has also hosted the Baths.The winemaking tradition is also important and protected by the Euganean Hills Wine Route Association, created with the aim of promoting and enhancing the area, as Manuela Allegro tells us. 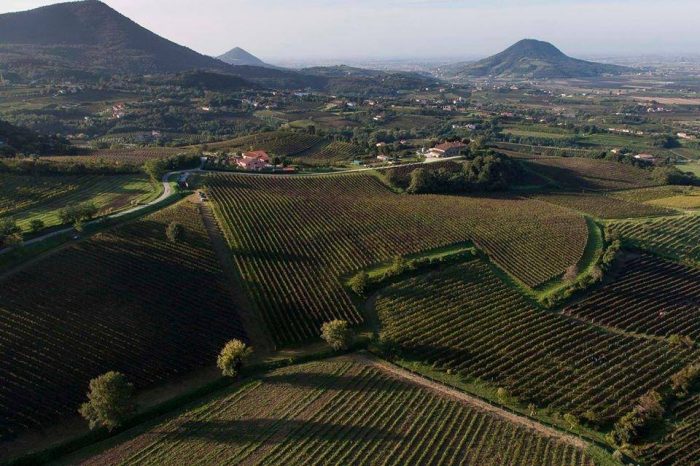 From when your Association was born until today, which goals have you achieved and which ones still to be achieved?

Founded in 2002, the Euganean Hills Wine Route brings together wineries, agritourisme, oil mills, accommodation facilities, restaurants, specialized food and wine shops, distilleries, municipalities of the Euganean territory, local associations and territorial bodies. Since its establishment in 2002, the Association has been involved in developing awareness of food and wine tourism in the Euganean Hills, through diversified internal and external promotion actions.

The first goal achieved, which continues to be updated, is precisely the development of tourist sensitivity in productive sectors that primarily deal with other things, such as agriculture and crafts, or catering. The companies associated with the Euganean Hills Wine Route grow together with the territory, aware that their work has the double value of: maintaining and enhancing the Euganean territory, as well as allowing economic and social sustainability of the population who live and work here. 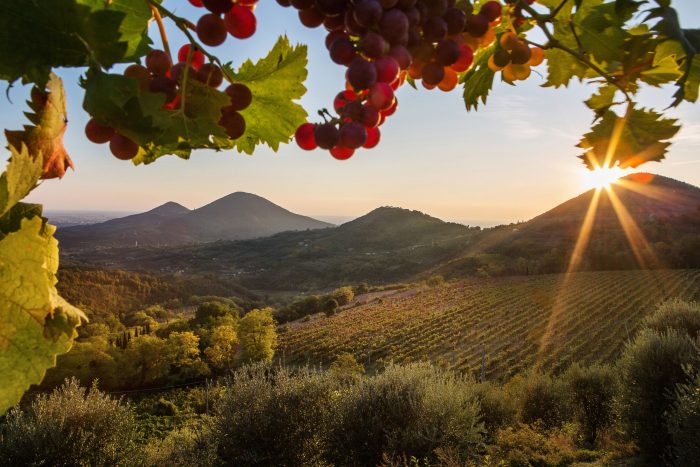 Through which services/activities do you promote the dissemination of the Euganean Hills Wine Route?

It is therefore possible to promote our wine tourism destination through: tourist itineraries, events:

– Guided visits and tastings: in the cellar, in oil mills, in a salami factory, in a historic mill and in the brewery;

– Lunches and dinners (with different price ranges: tailored to the target of guests);

– Visit to places of historical and cultural interest in the Euganean Hills Regional Park;

– Dinners in the vineyard;

– Picnic in the vineyard and among the olive trees;

– Excursions on foot and by bike with tourist and naturalistic guides;

The association also takes care of hosting press tours, television footage and collaborates in the creation of promotional materials for the tourist destination.

Between 2014 and 2017, the Euganean Hills wine route edited the edition of the guide “Euganean Hills, stories and itineraries in the hills of Venice” by food and wine journalist Patricia Guy, in three languages: Italian, English and German.

Between 2017 and 2019, the Euganean Hills wine route edited the editions of “Goblets of Euganean stars”: an event of the Wine Tourism Movement and City of Wine, which the Association directed in the beautiful scenery of the medieval village of Arquà Petrarca with an excellent public success. 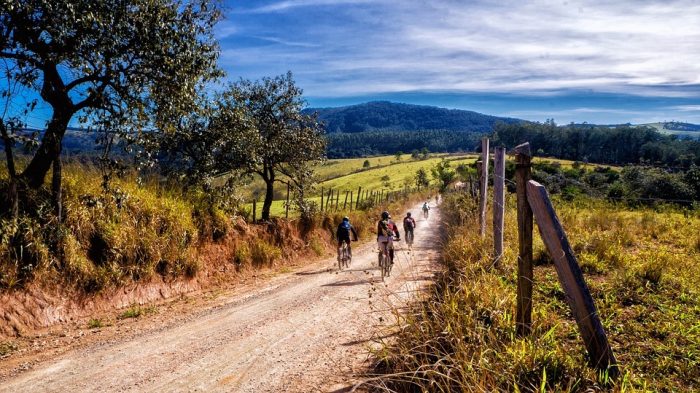 What are the peculiar characteristics of the territory and its wines?

The Euganean Hills, which were formed between 34 and 33 million years ago, are not a typical mountain range: each hill is the result of a specific shift of the earth’s crust and consequently has not only a unique shape, but also its own composition of the soil and minerals. This explains the existence of solitary hills, with an unusual and evocative atmosphere, surrounded by the plain. An example of a hill of this type is Monte Lozzo.

The climate of the Euganean Hills is generally mild, so much so that this area is described as a corner of Tuscany in Veneto. The Mediterranean climate makes olive trees and cypresses thrive and, in spring, the air smells of broom and other plants associated with central and southern Italy.

However, the steep slopes of the hills generate a myriad of microclimates, if in fact the side of the mountain can be hot because it is exposed to the sun for a long time, the other remains much colder.

The area is so rich in rare plants and animals that in 1989 it became a Regional Park and is protected from building abuse and industrialization.

Natural reality that is handed down and advanced technology that is constantly renewed, give life to the wines guaranteed by the Consorzio Tutela dei Vini DOC dei Colli Euganei. They are the warm Colli Euganei Rosso, the classic Colli Euganei Bianco, the fragrant Cabernet Franc, the powerful Cabernet Sauvignon, the noble Pinot bianco, the citrusy Fior d’Arancio, the intense Moscato, the fresh Pinello, the elegant Merlot, the sparkling Serprino.

The protection of the environment guaranteed by the Regional Park also contributes significantly to the quality of the oil produced here. The Euganean Hills are very rich in olive groves, orchards (cherries, figs, peaches, plums, apples, pomegranates and jujube), chestnut, hazelnut and almond trees. The best known vegetables of the area are radicchio, asparagus and peas. The variety of edible plants, cultivated and wild, is so abundant that the dishes are invariably based on seasonal products. 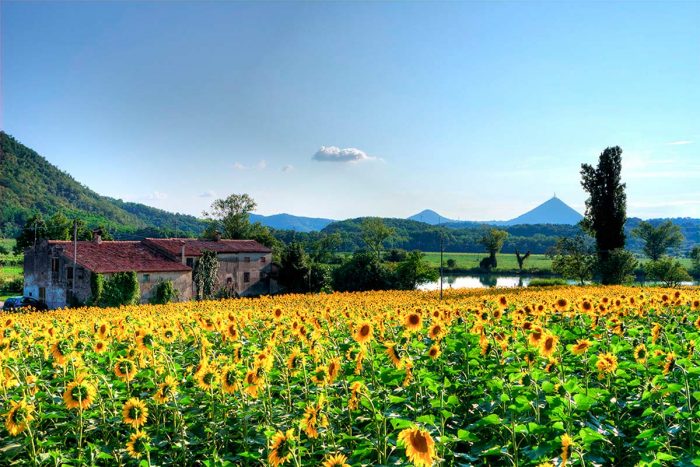 A splendid world of the Euganean Hills Wine Route; a land to love, with the heart and with the senses, to be savored in its beauty and generosity.

On the Euganean Hills producing wine has always been an art, favored by the morphology of the vineyards and the particularly favorable climate: we are in the southernmost mountains of the Veneto region; here the vineyards dwell next to prickly pears and, thanks to the beneficial influence of the sea and the volcanic soil, they give us wines characterized by Mediterranean and mineral notes of great character.

Along the Euganean Hills Wine Route you can recognize the favorite places of famous people such as Petrarch, Goethe, Foscolo, Byron and Shelley. Enchanted places described by Martial, Ariosto, Montaigne, Ruzante, Goldoni, Fogazzaro and D’Annunzio.

Among the jewels of the hills stands Arquà Petrarca, which has been awarded the orange flag of the Touring and is one of the most beautiful villages in Italy. The atmosphere of placid medieval serenity that attracted Francesco Petrarca at the end of the fourteenth century is still intact: you can visit the poet’s house-museum, the ancient Pieve dell’Assunta, the oratory of the Trinity. Famous for jujubes (each house has a jujube tree in the garden) to which Arquà dedicates a very crowded party in October.

There are Montegrotto and Abano Terme which form the heart of the Euganean Spas. The phenomenon of Euganean thermalism is geothermal, linked to the increase in temperature with increasing depth. The journey of water into the rocks enriches it with mineral salts and a slight radioactivity, essential characteristics for its thermal value. 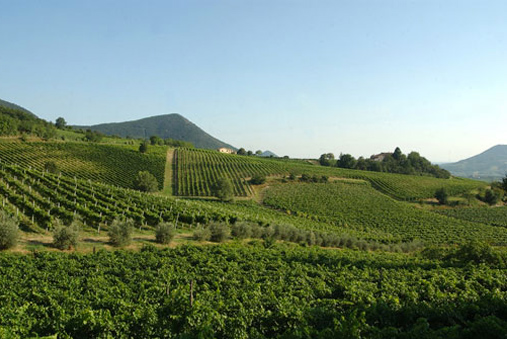 Monselice is a beautiful town located at the door of the Euganei on the road between Padua and Bologna. The keep built by Frederick II of Swabia dominates the town below from the top of the hill. The crenellated walls and the mighty castle complex, with its rich collection of weapons and armor, recall the strategic importance of this town in medieval times.

Among the places not to be missed:

Chosen by the Camaldolese monks to build the Hermitage of Monte Rua (hermits) Torreglia boasts one of the most important villas in the Euganean landscape and throughout the Veneto, Villa dei Vescovi (property of FAI), the most important pre-Palladian Renaissance house. In perfect harmony with the surrounding hilly landscape, maintained unchanged over the centuries. 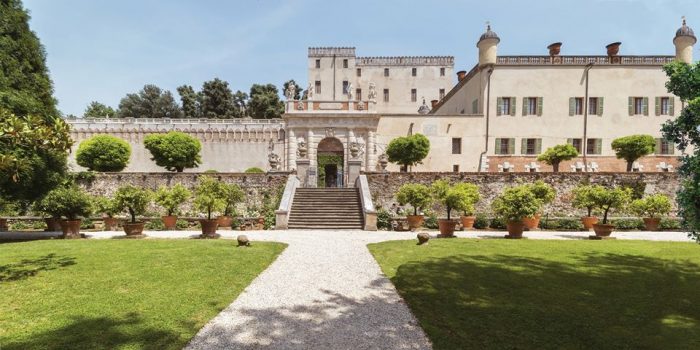 The Catajo castle, on the slopes of Monte Ceva is a mighty fortress-residence commissioned by Pio Enea degli Obizzi in the sixteenth century, a dwelling halfway between a military fortress and a princely villa, frescoed inside by Gian Battista Zelotti with the deeds of Obizzi family, in one of the most spectacular fresco cycles of the Venetian villas. 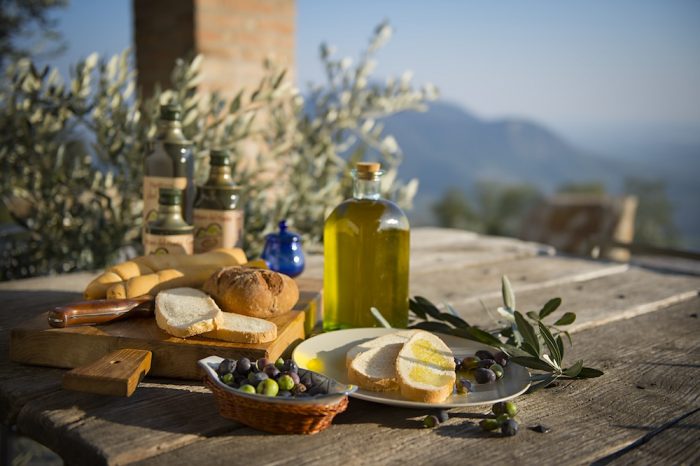 The gentle reliefs of the Euganean Hills are formed by a hundred elevations very different in shape and height, the result of an underwater eruption that occurred about 35 million years ago, and are characterized by the incomparable botanical richness and the immense historical heritage. monumental that enclose. A simple walk is enough to realize the extraordinary naturalistic variety: these environments are protected by the Euganean Hills Regional Park Authority due to the presence of numerous orchids – whose flowering takes place between April and May – of which 35 different species have been reported. .

On the Euganean Hills producing wine has always been an art, favored by the morphology of the vineyards and the particularly favorable climate: we are in the southernmost mountains of the Veneto region; here the vineyards dwell next to prickly pears and, thanks to the beneficial influence of the sea and the volcanic soil, they give us wines characterized by Mediterranean and mineral notes of great character.

Tourists are welcomed in the farms and cellars where they can stop for pleasant wine tastings accompanied by typical snacks; you can relax in the farmhouses and have fun at parties and village festivals.

Guests will bring into their homes a fragment of the territory, a travel memory, enclosed in a bottle of wine, in an artistic ceramic or in one of the many traditional products to be found in specialized shops.