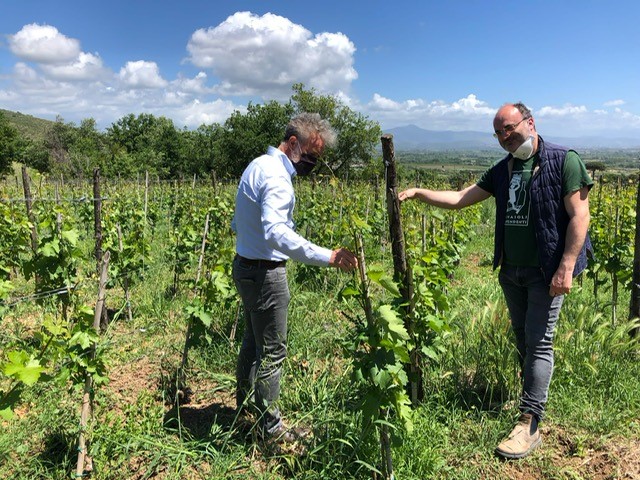 Oenologist by chance. Maurilio Chioccia “breathed” the air of wine since he was a child but only as an adult, due to a series of fortuitous coincidences, that wine will become much more than a passion: a job. A work full of experiences, adventures, travels that Chioccia owes to his master, Riccardo Cotarella. A reference figure for many, but for Chioccia, Cotarella undoubtedly assumes an important weight. Thanks to his talent, his studies, his work and his teacher, Chioccia is today one of the most influent Italian winemakers. 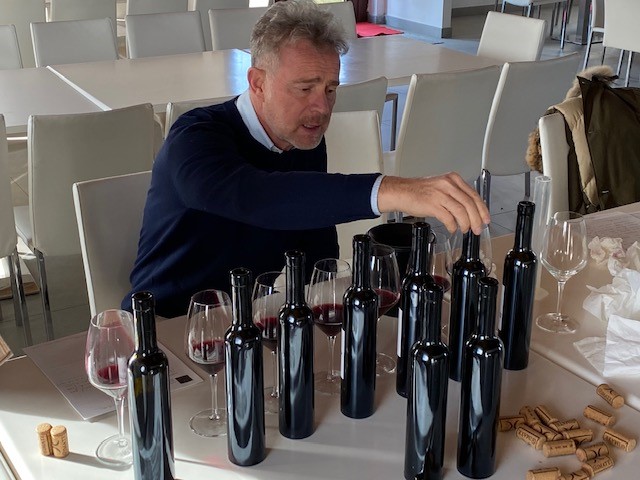 How and when was the passion for wine born?

My passion for wine, in truth, was born by chance. Although I was the son of peasants who considered wine to be a food to drink to give energy to the fields, I was completely abstemious up to 18/20 years of age. My grandfather was angry with me because having a teetotal grandson was almost a disgrace.
In those days, in the countryside, those who drank large quantities of wine were a point of reference and their exploits were told.
After a course of chemistry studies, in 1980 / ’81, by pure chance, I got to know Riccardo Cotarella. At the time, he worked at the Vaselli winery in Castiglione in Teverina (Lazio), and needed to set up a laboratory for wine analysis.
From there, the contact for wine was born, I attended the Hygiene and Prophylaxis laboratory in Viterbo for a year where, in fact, I learned to do all the analyzes on musts and wines. I began to divide myself between the laboratory of Vaselli and of the Riccardo and Renzo Cotarella company for oenological and agronomic consultancy. 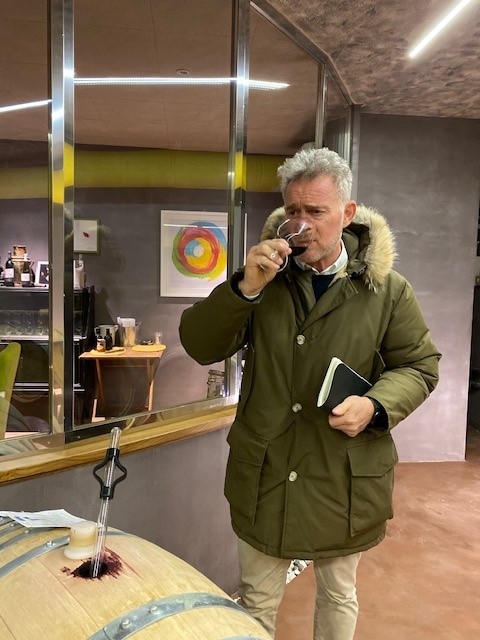 When did you decide that the oenologist would become your profession?

Riccardo Cotarella could not bear that I did not taste the wines being analyzed and asked me, with insistence, an opinion that I, frankly, did not know how to give. At which he forced his hand so that I began to taste and try to express some opinion, even if elementary. It wasn’t easy at all.
However, day after day, supported by his professionalism, I began to approach wine more and more and with greater pleasure. Then began the first tastings, the first trips to wine-known areas, then Tuscany, Piedmont to arrive, then, in France. Then taste South African, Californian, Chilean, Austrian wines. Gradually I liked the game more and more and my skills grew.
Then, it happened that, for compatible qualifications and exams, it was possible to obtain the title of oenologist and, therefore, I arrived at the title, thanks to this opportunity. 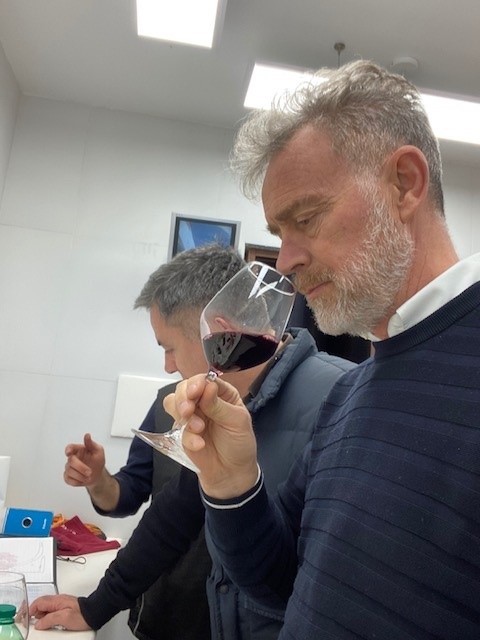 At this point, I was combining passion and work. Thanks to the Cotarella brothers, I was also lucky enough to be able to frequent Tachis a few times. Every word of him was high school.

Always dragged by Cotarella, I continued my journey, first as an employee of a large Umbrian cooperative and then as a freelancer.

To date, I work in many regions, especially Umbria, Tuscany, Lazio, Marche, Romagna, Campania. For Cotarella I followed and still follow important realities in various Italian regions. This year, I celebrated my first forty years in business. 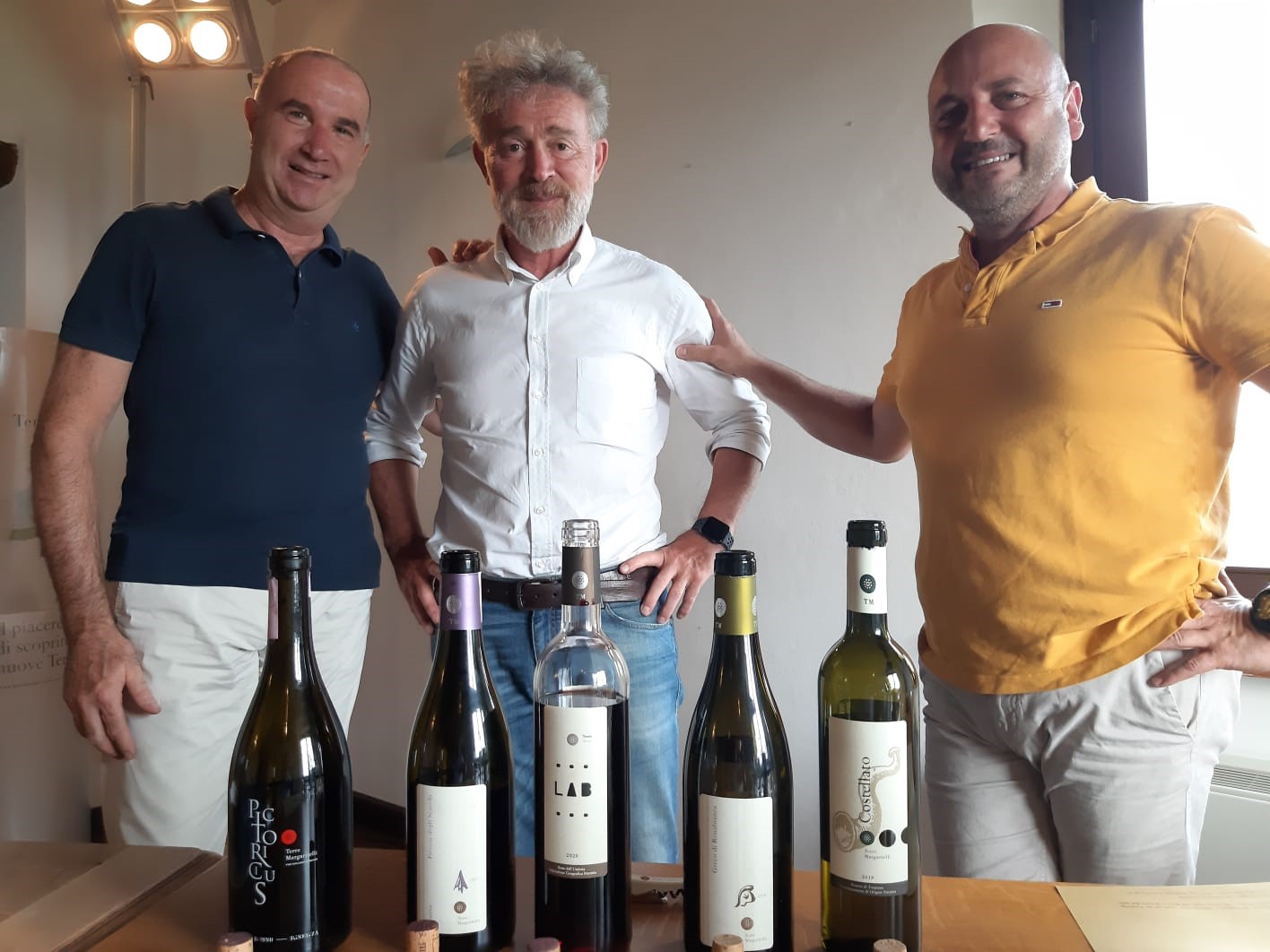 How important is it for an oenologist to empathize with the people who take care of that vineyard and those hills?

With regard to empathy both with the producer and with the territory, for me it is extremely necessary that this harmonious relationship occurs.
First of all comes the territory, which must be respected, and the wines that are drawn from it must as much as possible be the best result, (naturally of right choices made both agronomically and also enologically) that that territory can give, with merits and, why not , even some flaws. Currently, we are still in a large phase of perfect but also somewhat standardized, emulative wines.
We have many types of soil, climate, adaptation altitudes of the various vines and then the good management of man. Naturally, I am talking about people who love wine and who fight to reach the consumer with a product that is the exact translation of what was said before. 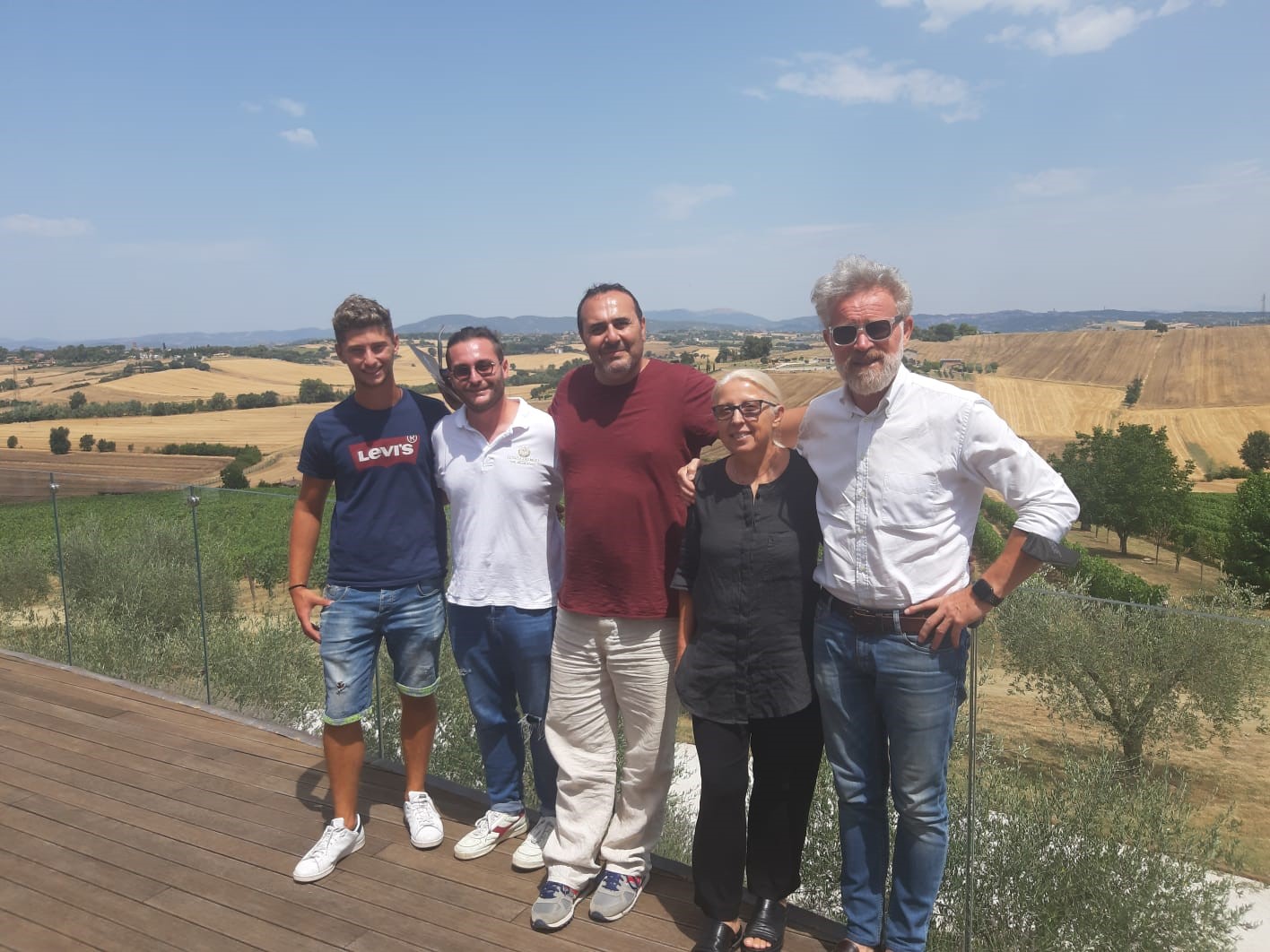 Furthermore, the traceability of the wine to the producer must not be lacking. One must be the mirror of the other, otherwise for local wines, if this harmony with those who produce them is lacking, they become two distant elements.
I take great care of this aspect, I am passionate about it and leads to a close contact between the territory and the winemaker. It is not easy, especially to understand the producer, who often emulates without thinking of integrating with the project. Often, many think of legendary wines and are engulfed by paths that then lead nowhere.
I have had the good fortune to come across, frequently, already with sensitive producers and a few times I have had to make people understand the importance of the territory and the winemaker, something extremely natural and apparently simple. 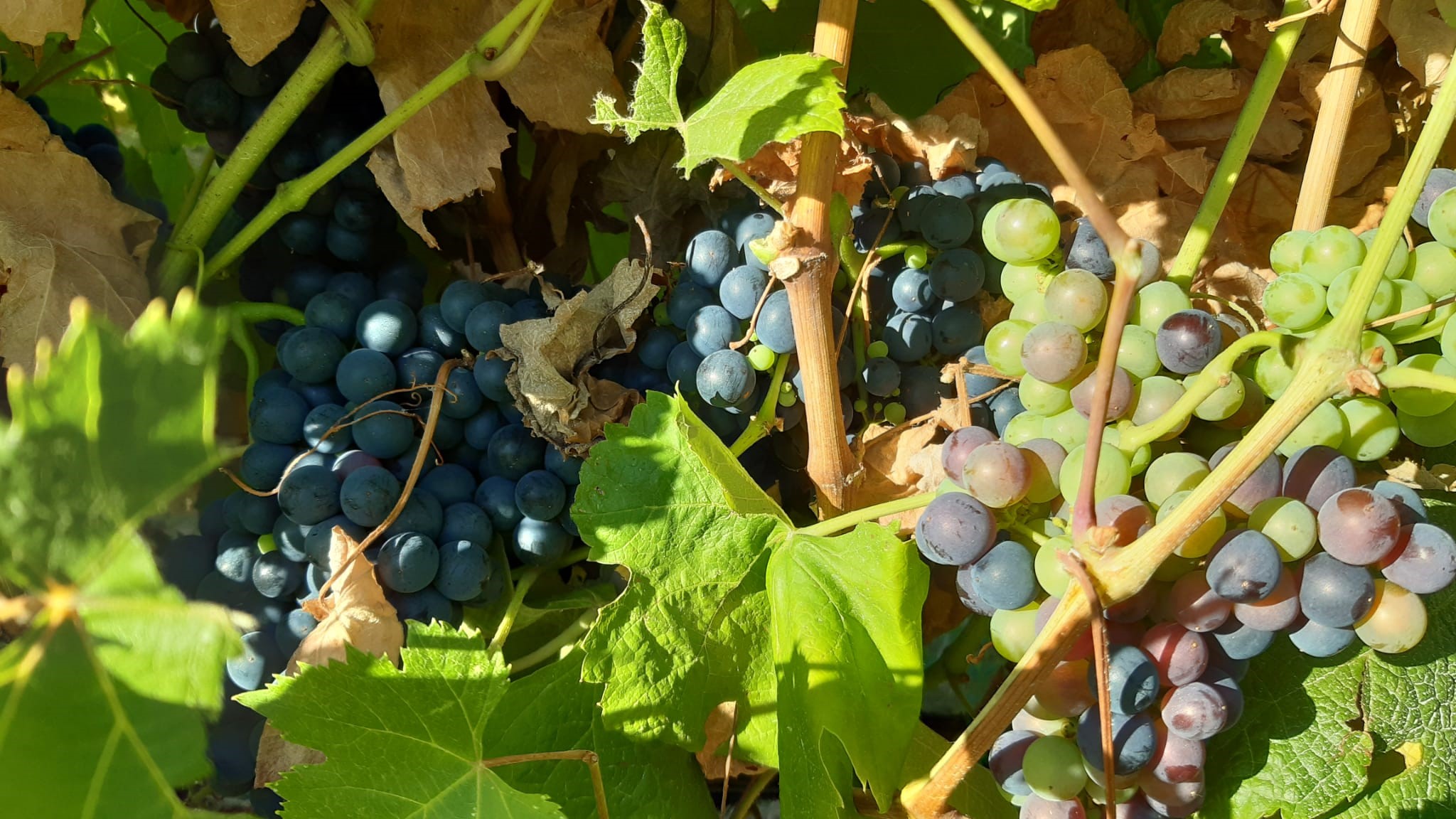 I consider the relationship with professional sommelier very important, because they have the necessary skills and know how to speak the language of wine. Today, all the associations have great professionalism, they listen to the producer and know how to combine the relationship between producer and consumer very well. Without their precious communication it would be an even more uphill path for producers.
Of course, there is no shortage of black sheep, few but there are, as indeed in all sectors. I often involve sommeliers in various tastings before going into the bottle. A good qualitative result easily leads to a good commercial result. 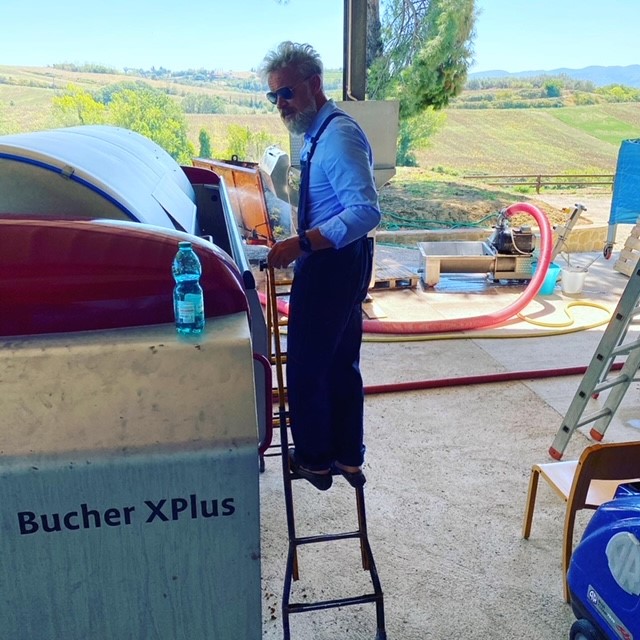 I work in the direction of the consumer. I have never exercised the whim or the vanity of making wines that first of all appealed to me and least of all that were traced back to me for certain characterizing characteristics. Often, some want to recognize the wines made by that winemaker. For me it has never been a goal.
I have always let the grape variety, the climate, the character of the seasons and the love of the winemaker speak. 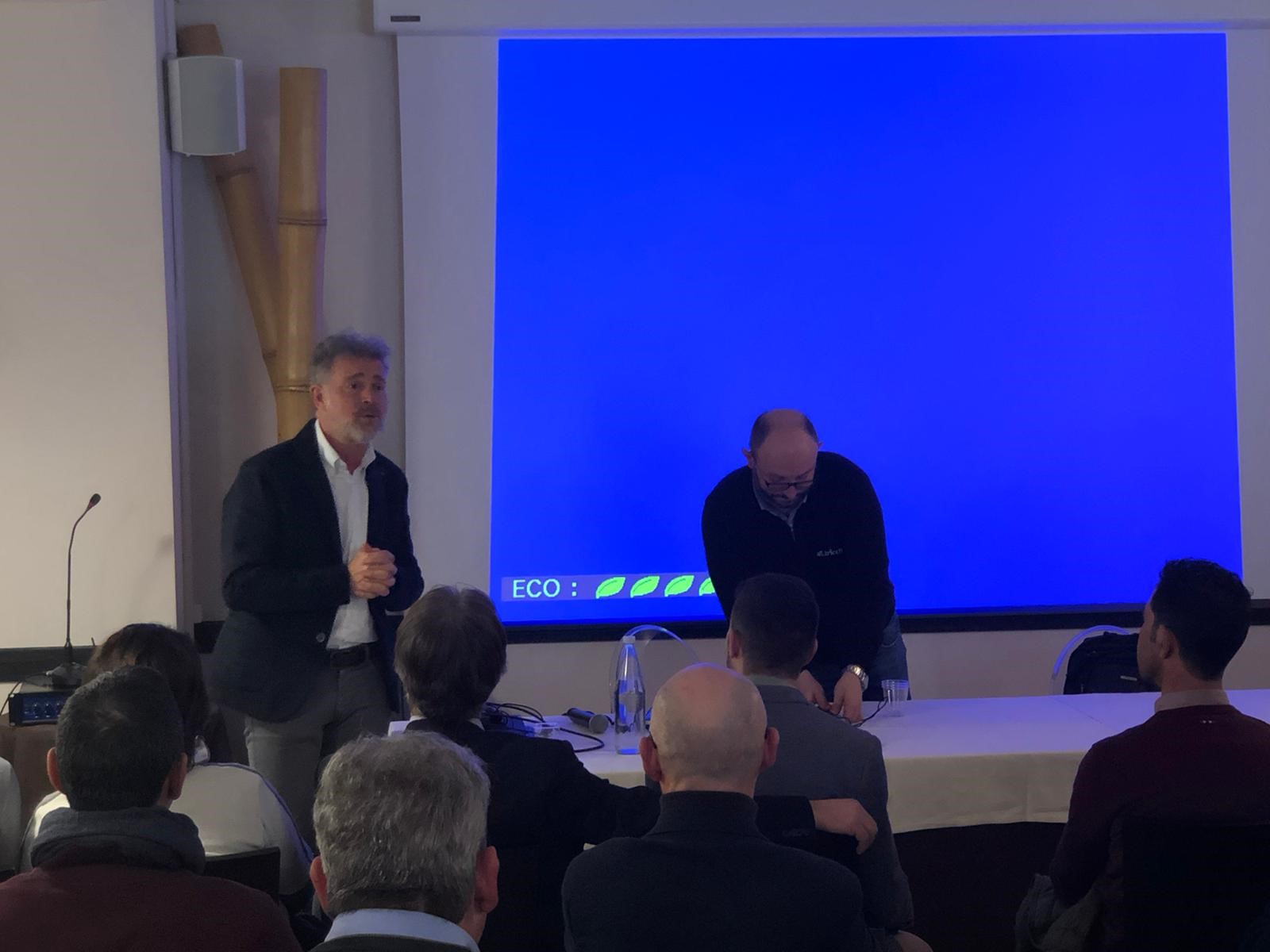 The winemaker is also a controversial figure, acclaimed by most and criticized by others. You are accused of “creating” wines that must meet the canons of the guides, in short, please everyone. Fantasies, or is there, in some cases, a basis of truth?

If the relationship with the guides is healthy, is good and useful. I think guides have been more useful for a few years. For others, they have led some producers out of the possible project to follow standards, often imposed by journalists who have never even gone to the vineyard and cellar but have settled on the exciting stories of producers and winemakers. A period that I hope is over. Today, I see more preparation and awareness in this part of the wine as well.
Even the wine critics and guides, in my opinion, are more informed and always try to get into the matter. For this reason, it is increasingly common to see small, unknown producers receiving well-deserved reviews.
I feel more serenity in this area. There are also many producers who, more or less rightly, do not at least follow the guides and try to do a more personal work. I think this is also a way forward. 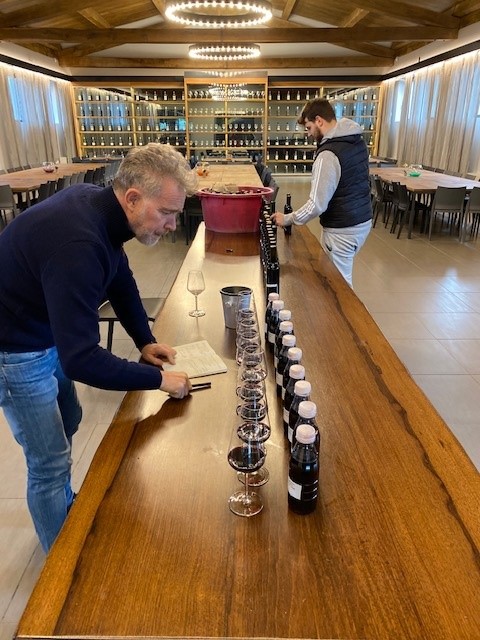 We do not have a horizontal situation but a vertical one and the effects are visible. Then, as mentioned before, whoever decides the game regardless of the guides and prizes is and will increasingly be the judgment of the consumer.
Many consumers are not interested in the judgments of the guides and make their own independent ideas and become good communicators. There is room for everyone, the important thing is to be professional, impartial and serious. 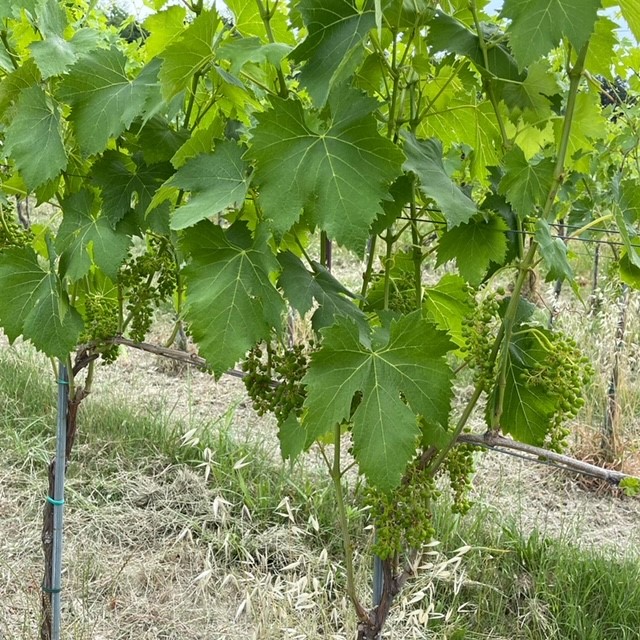 One of your merits and flaws, professionally speaking.

Professionally speaking, my values and my flaws coincide with the same thing, that is, love for wine, respect for wine and respect for the consumer. I have always felt far away from the mythical winemakers and I have spent forty years of business always running, with the awareness that you can and should always get better.

Each harvest is an important event that we wait for twelve months and we can’t wait to download the new knowledge both in terms of agronomy, oenology and awareness of what the consumer desires that I try to listen and attend as much as possible.

The best wine, then, is the one that is sold and makes the wine growers pay back who often do not selfishly pocket the profits but are always ready to reinvest them to give more joy to the consumer. When people compliment you on a wine, that’s where you feel rewarded by everything.