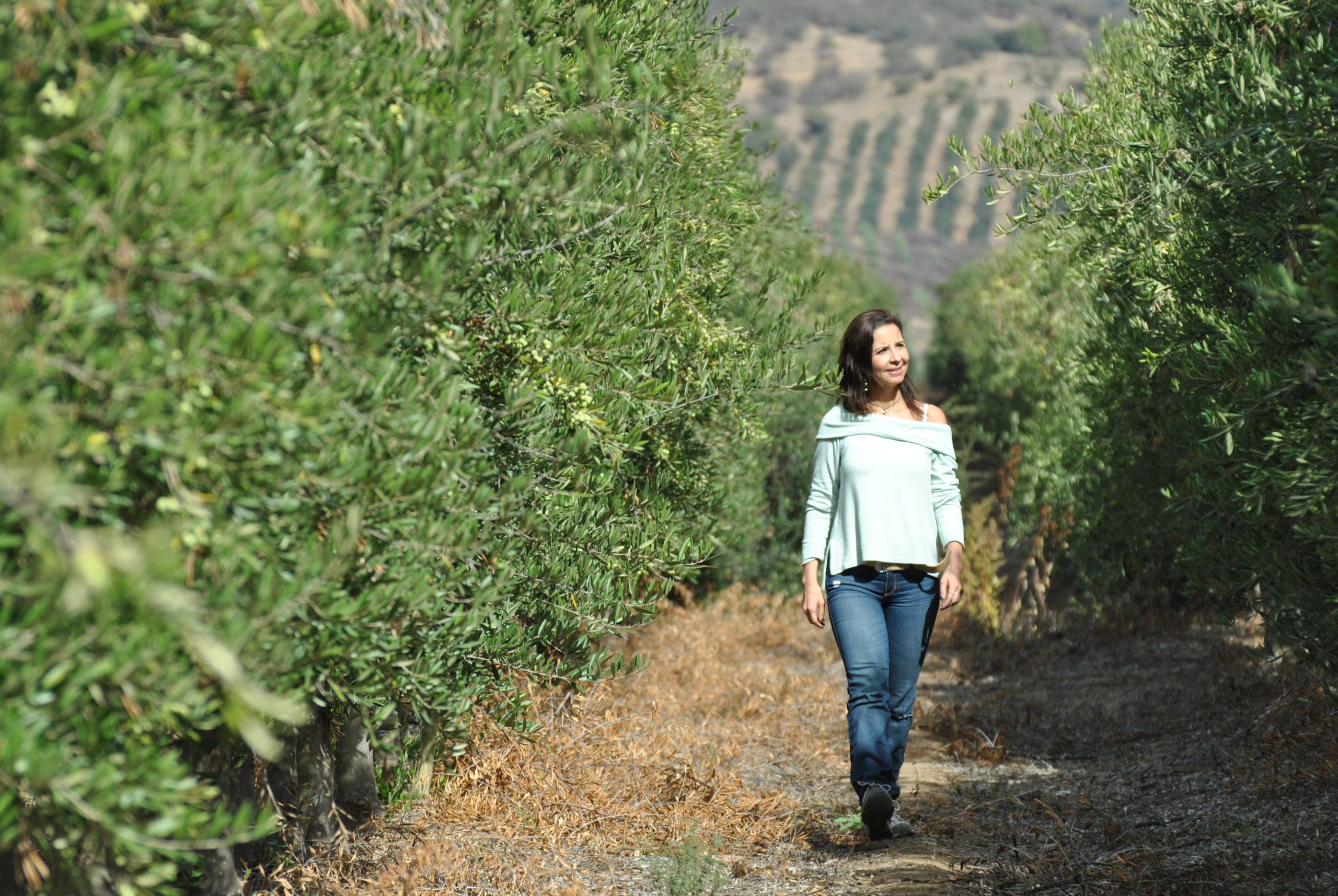 It is no longer time to waste time. Climate change has already modified the approach to agriculture in various parts of the world, requiring research and extraordinary maintenance by professionals.

In the wine and olive growing field,  agronomists and oenologists offer their professionalism to stem the current problems. What today seems to worry, above all, companies in the sector, will soon also concern consumers and what they bring to the table.

Alicia Moya, Chilean agronomist, already known to readers, for an interview dedicated to the world of EVOO available here, expresses her opinion on the matter, thanks to a long experience and travels around the world to know various climatic realities. 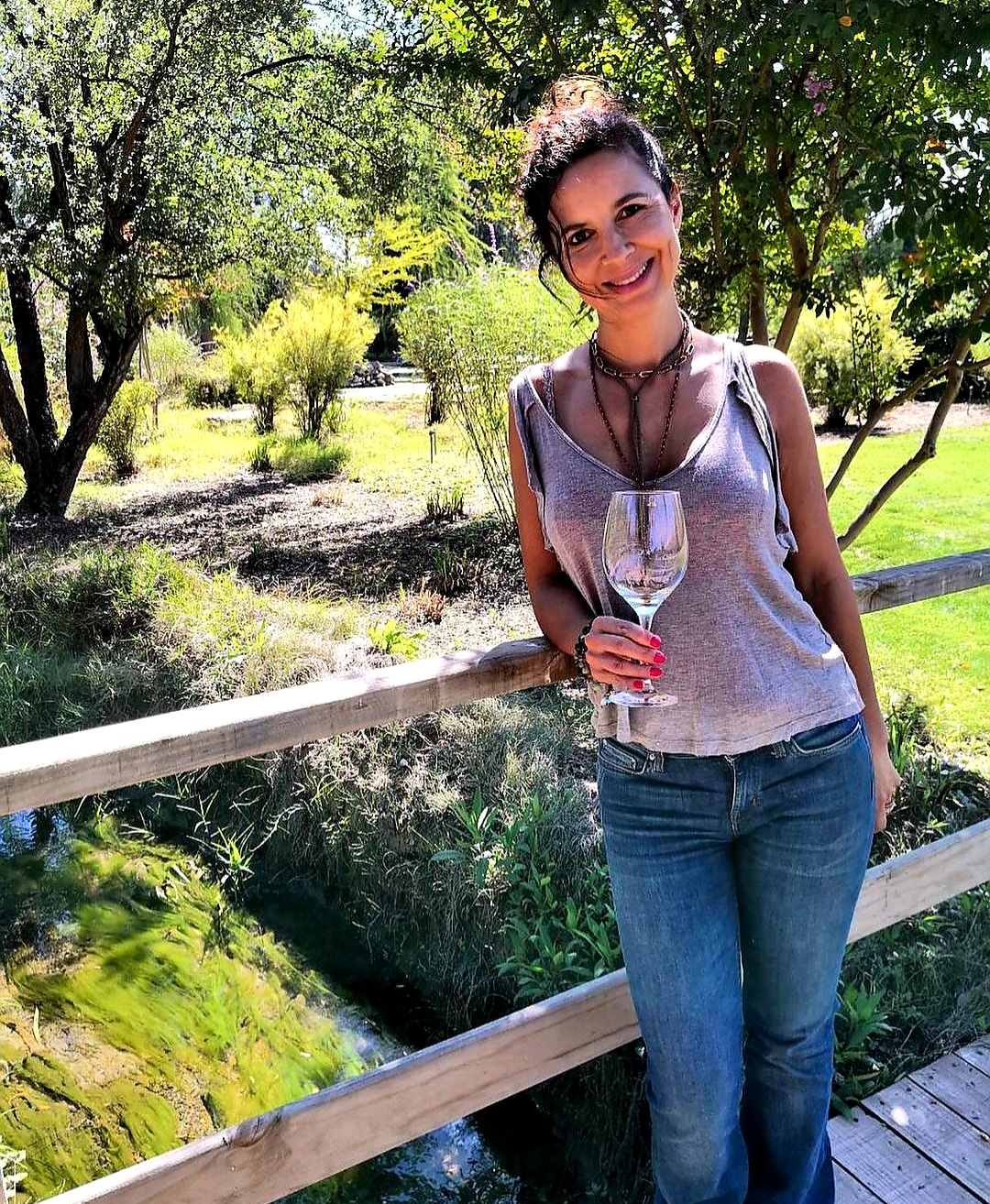 Climate change is already underway. In general, for agriculture, what are the possible future scenarios, say in the next ten years, if the right measures are not taken?

Climate change is one of the biggest environmental threats we face as human beings and the agricultural sector will be the hardest hit if we don’t take the necessary measures.

Climate change, coupled with dwindling water resources, will reduce world agriculture, as we have known it so far. Cultivation areas will be limited, which will reduce productivity and product quality. This is a big problem for countries like Chile where fresh fruit production is an important entry in the national GDP.

However, the most worrying thing is the reduction in water availability, accentuated by the melting of ice in the mountain range, glaciers and Antarctica itself, which could produce changes in ecosystems, especially in the flora and fauna of our planet. It is necessary to become aware of this reality and look for alternatives for the conservation of the species, in order to maintain their balance and avoid the risk of extension in the near future. 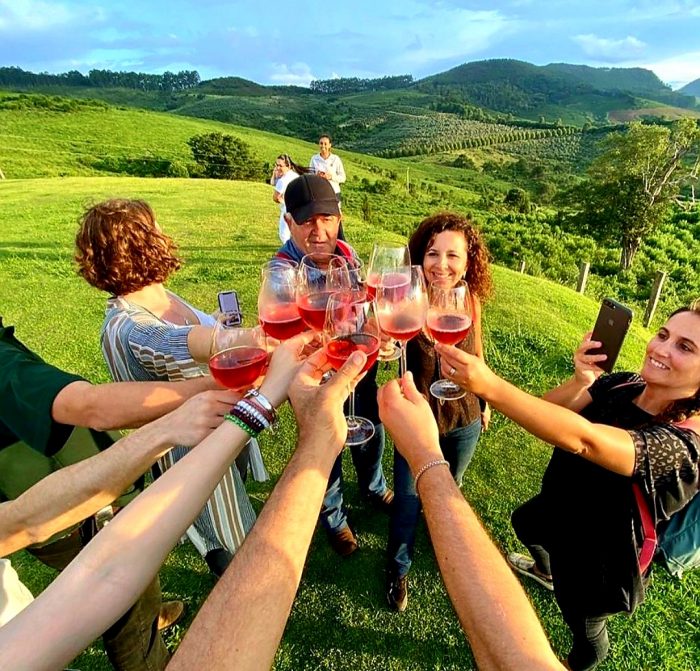 As an agronomist, what changes are you already noticing, for example, in Chile, in your country and, in general, what is your experience in this regard?

Chile has always been characterized by a very heterogeneous climatic condition, due to being a long country, influenced by the Pacific Ocean and the Andes mountain range, which acts as a climate screen. This allows for a favorable scenario for all types of crops. However, in recent years the drought has been increasingly strong and constant in most of the country, becoming very severe in the northern area and advancing towards the central area. The cultivation areas had to favor less intensive crops in water consumption. It is a big problem that grows from year to year, as rainfall decreases more and more. 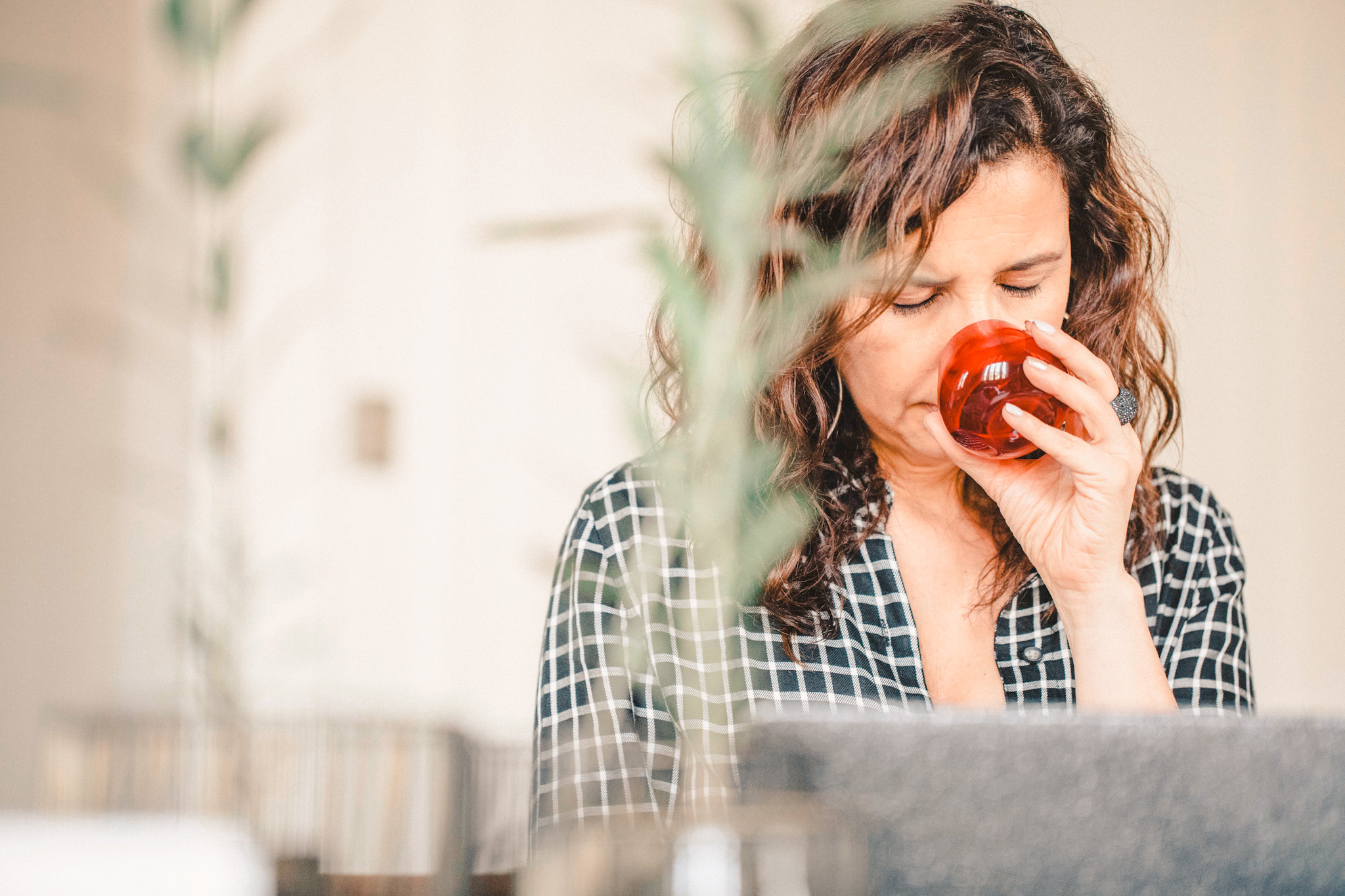 Which plants are best adapted to climate change and which are in danger of disappearing in some areas of the world?

It is difficult to define which plants could be in danger of extinction. I believe that nature is wise and that the evolution of species plays a very important role in this matter. Plants adapt their metabolism to adverse conditions, whatever they are. They acclimate, moderate their energy in order to generate new individuals and perpetuate their species, which is their goal of existence. In this sense, annual plants and vegetables, that have a defined and short life span and have narrower temperature ranges for their development, will be damaged and may even disappear. 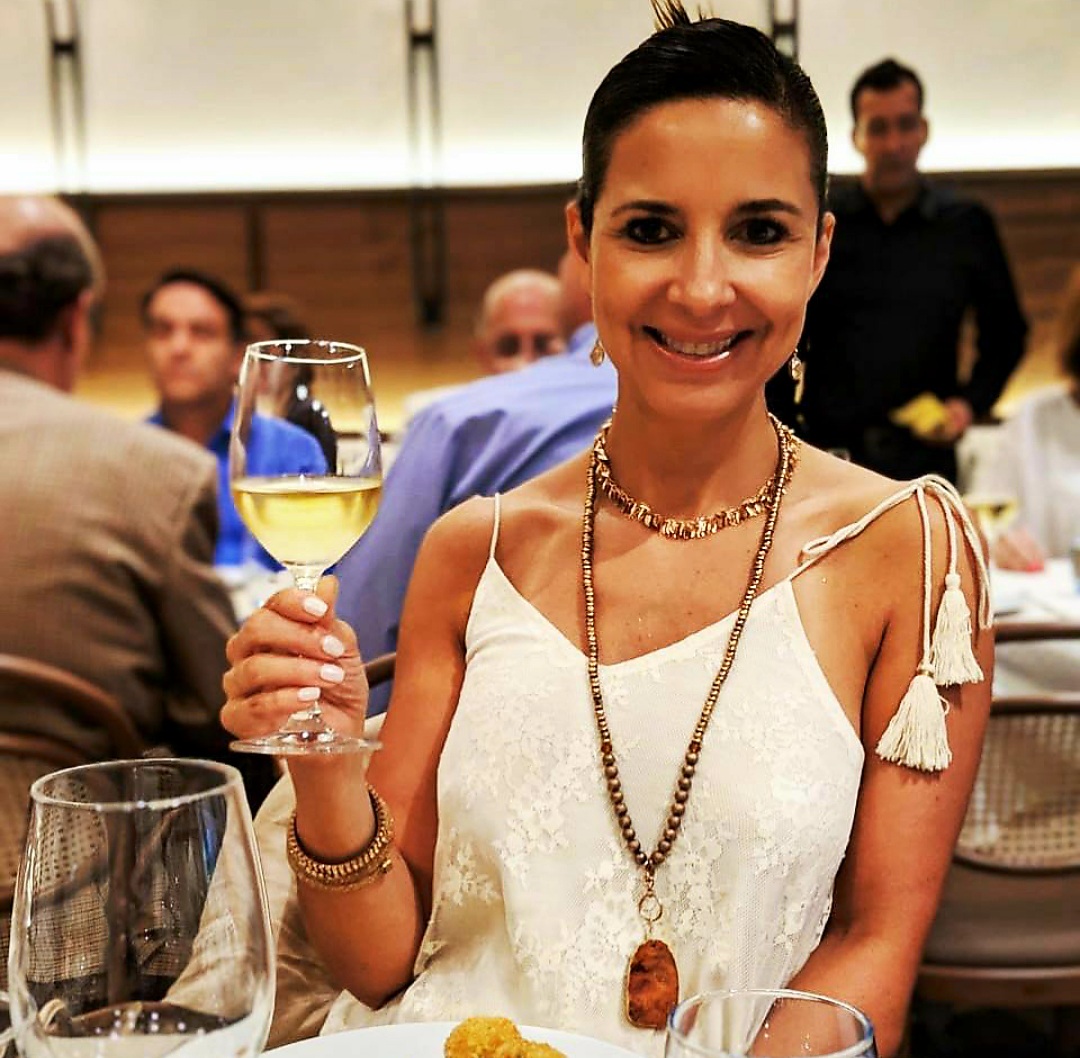 As far as viticulture is concerned, what consequences, according to your experience, could higher temperatures have, for example in the northernmost areas where white wines are usually produced that require cooler temperatures?

Surely, this increase in temperatures will modify the production areas, where the varieties will be able to express all their sensory profile. The areas where white wines are produced, which require a cold climate for the concentration of aromas and flavors, will have to vary to maintain their personality.

In Chile, the Pacific Ocean was the great ally to give life and a distinctive seal to white varieties, such as the Casablanca Valley. Unfortunately, in the future, maritime influence may not be enough to mitigate the rise in temperatures. The lightness of whites can be affected, given the sensitivity of the vine to temperature variations, which could affect its alcohol content, and therefore, the sensory profile of the whites we are used to drinking.

How to adapt the cultivation of the vine in a climate change scenario?

The attempt to adapt vine cultivation to adverse climatic scenarios can be accomplished step by step, through research, working with new varieties that adapt to higher temperatures, or selecting clones, and using rootstocks that adapt to the new reality.

Other alternatives would be looking for new production areas, moving further south of the country, in the case of Chile, for example. The areas that did not have the conditions for the vine, however, in this condition would be coherent alternatives for the development of the crop.

Universities are already working on agronomic management such as pruning at different phenological stages, canopy management and the guidance system to ensure the sustainability of viticulture in the central valley and not to lose the characteristics and typicality of the varieties for which they are recognized. world level.

The rise in temperature is already affecting the physiology of many foods, their performance and quality. In the case of the vine, the phenological phases have been shortened, the ripening has been altered and the harvest time has also been shortened: these effects are real and palpable that can be observed in some vineyards. Since the clusters are smaller, the production decreases and, of course, the phenolic composition changes, which becomes a determining factor in the ripening of the red varieties. It has also been seen more frequently that the concentration of sugars occurs before the accumulation of anthocyanins in the maturation process, which results in an increase in alcohol levels and therefore in unbalanced wines, producing difficulties in alcoholic and malolactic fermentation.

There are many challenges that arise to continue maintaining quality in wines. There is a lot to do, research and work in this regard. Climate change is a priority and we must face the present with this condition.

We must lay the foundations so that future generations can make a rational use of resources to achieve the development of conscious agriculture, sustainable development and in increasingly less favorable climatic conditions.