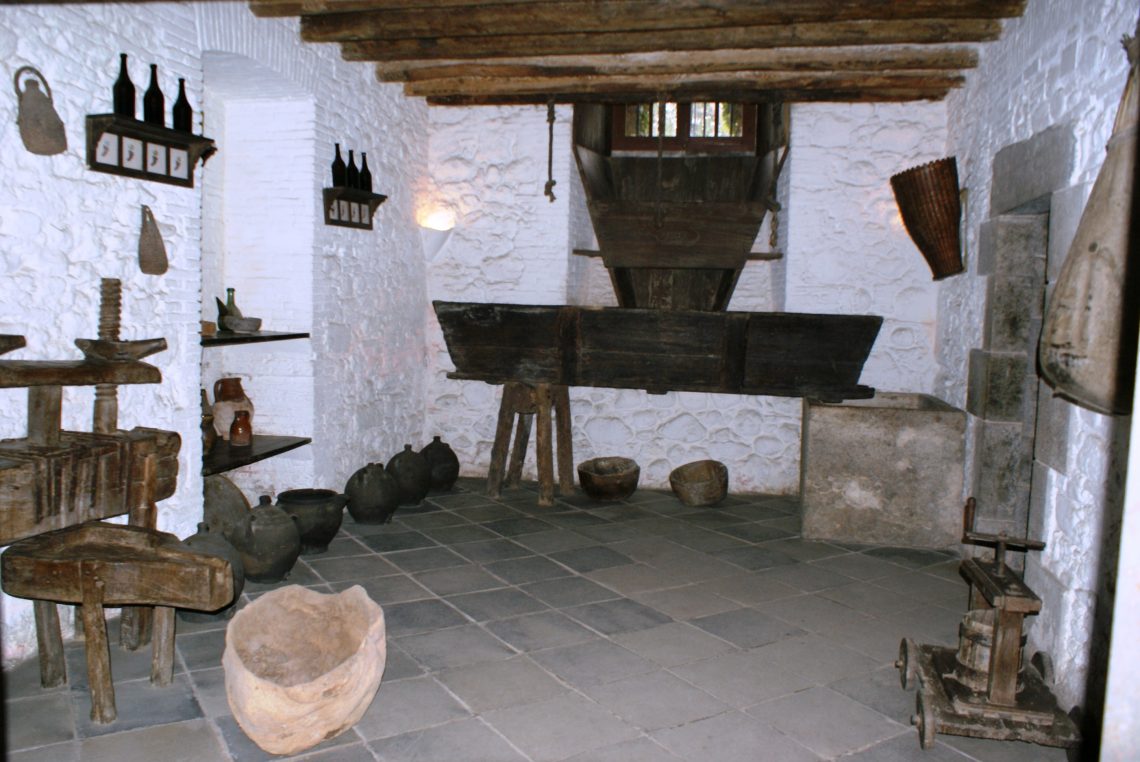 The history of Peralada Castle (Catalonia, Spain) dates back to 1285, when the first castle of the Viscounts of Peralada was destroyed during a war against France. The viscounts, instead of restoring it, decide to build a new estate outside the walls. They are the owners of the land occupied by the current museum, and they decide to donate it to some Carmelite friars so that they can build their convent there.

In 1835, the friars left Peralada and the counts recovered the property. In the 1870s, the last heirs of the family decided to return to Peralada, leaving Paris. Upon arrival they find a medieval castle so different from French castles and that is why they restore the property, converting it into a French-style palace.

On the death of the three brothers, all three without descendants, the property of Peralada passed to the Marquis de la Torre, after the latter’s death, in 1932 the castle was bought by Miguel Mateu y Pla, an industrialist from Barcelona. Collector like his father, they are the ones who start some collections and set up the museums.

Currently, and after the death of D. Miguel Mateu, the collections remain private, belonging to his daughter and son-in-law, Doña Carmen Mateu and D. Arturo Suqué.

Let’s find out more about the Wine Museum from the words of its director, Maribel González y Susana García. 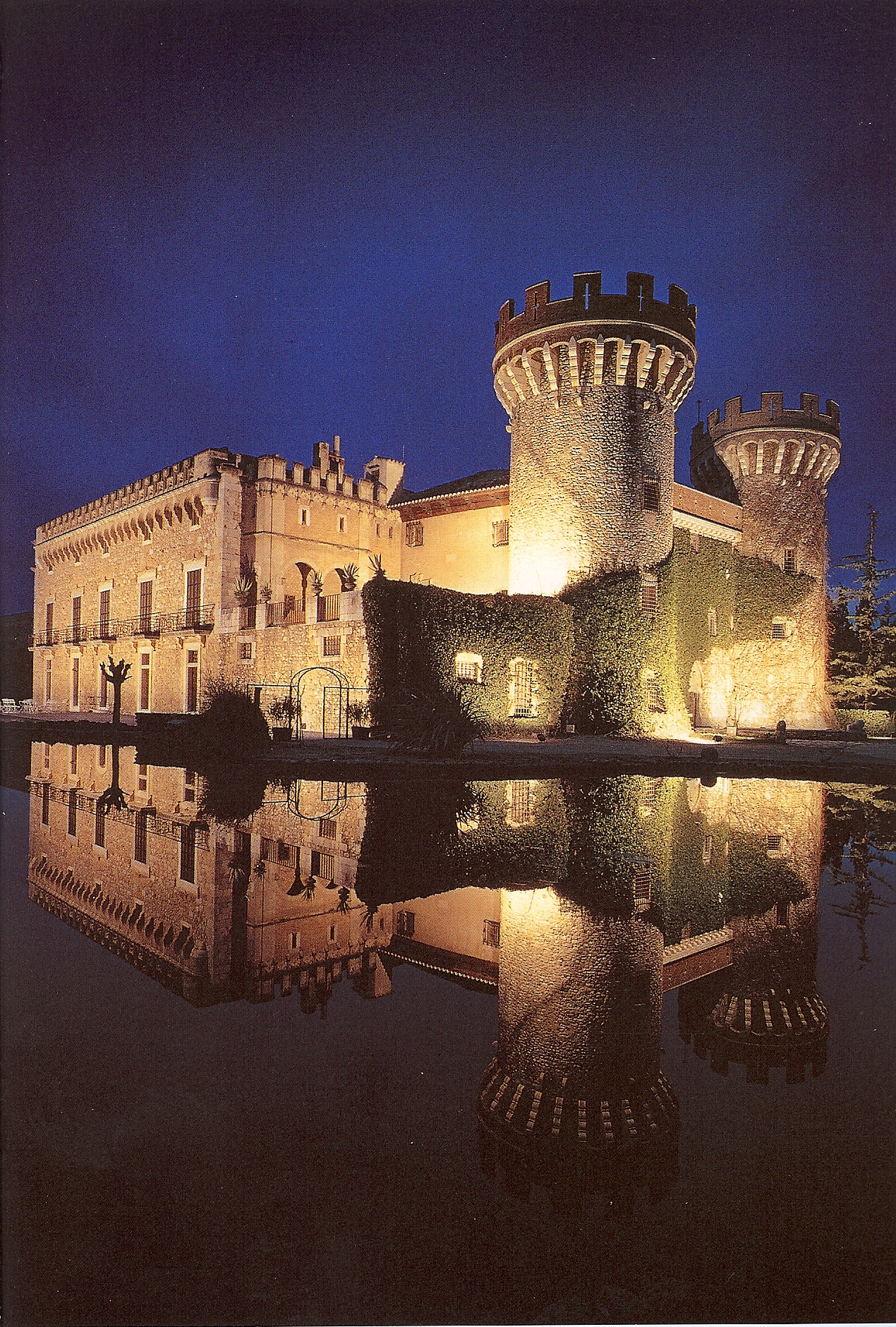 Much more than a wine museum, the Castle tells the story of a family and covers important centuries of Catalan and Spanish history. Can you briefly describe this testimony?

The approach to the question is very correct because we cannot speak of a wine museum as something isolated, but of a family project that reconciles art, history and the world of wine within a 14th century property. In 1923, Miguel Mateu Pla, at the request of his father, Damián Mateu Bisa, bought the castle of Peralada and his passion for collecting soon made it an international reference point. Parallel to his artistic acquisitions, Mateu integrates a project within the old Carmelite convent which is part of the estate. Thus was born the new cellar of the Peralada Castle, in the same place where the friars produced their wines, which in the 1950s became the Wine Museum. 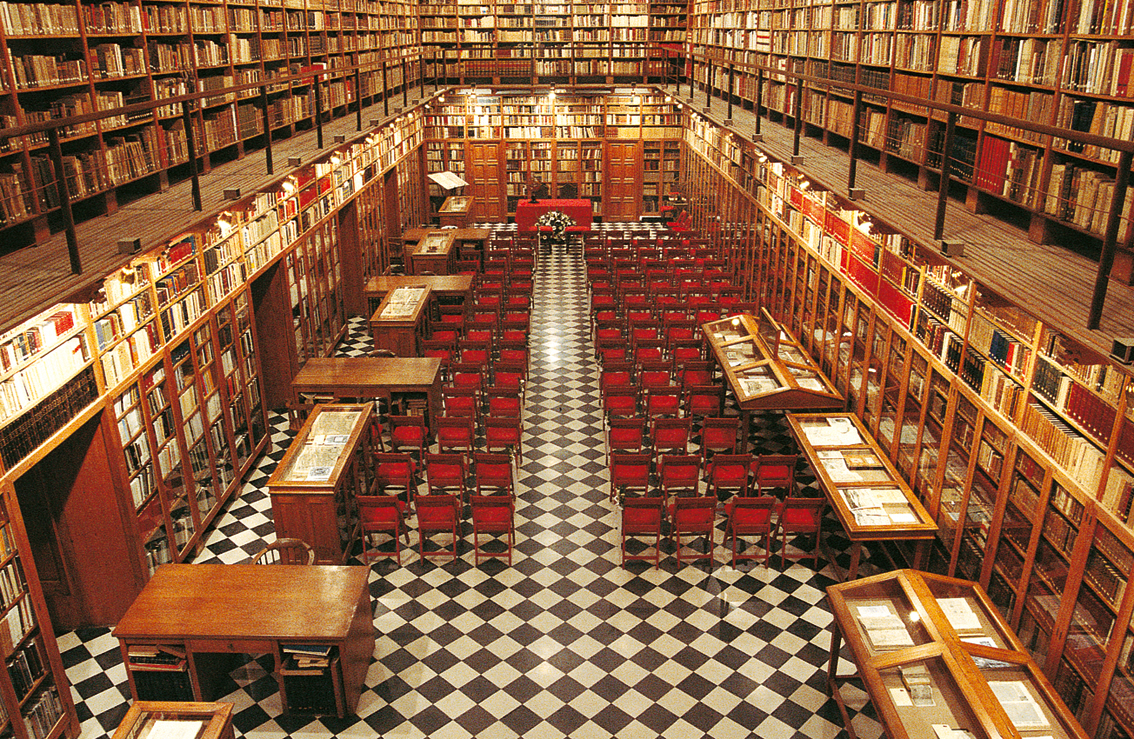 His daughter Carmen Mateu Quintana and her son-in-law, Arturo Suqué Puig, became the heirs of an extraordinary heritage which they not only preserved but expanded with the creation of the International Castle Festival of Peralada. Among the entrepreneurial projects of this new stage, the setting up of a part of the Castle as a gaming casino and the construction of a resort that revolves around a golf course stand out.

It is currently the three children of the marriage, Miguel, Isabel and Javier, who manage the property. Conservation, renovation of spaces and new projects continue to be the leitmotiv of the family. 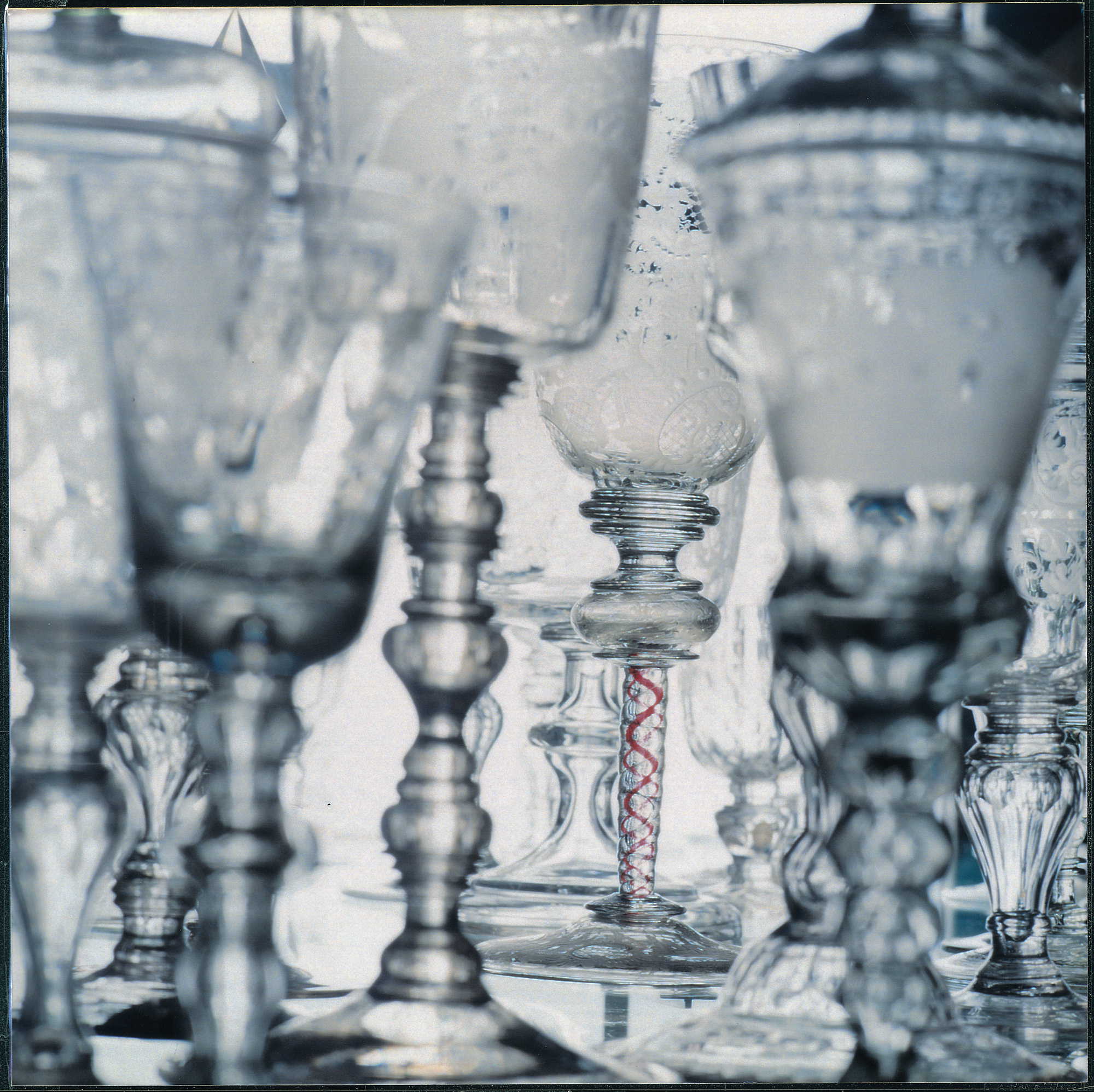 Inside the Castle, where the wine museum is located, how is it structured and what does it offer to the visitor?

As I have already mentioned, the property features two large 14th century buildings: the Castle and the Convento del Carmen. Currently the family collections are installed inside the latter building and can be visited on a regular basis and always through a guided tour. The library, with more than 100,000 volumes, houses one of the best Cervantine collections. The glass museum is located in the former refectory of the convent and, in this case, it is one of the most important collections in the world, on a private level.

Previously, I have already indicated that the Wine Museum occupies the same space as the Carmelite cellar and there are exhibited traditional objects related to the world of wine.

Finally, the visit includes the cloister and the Gothic church where the collections of sculpture and painting are largely exhibited.

What are the main points of interest of the museum that most attract the visitor?

Apart from the wineskins, the presses, the presses and all kinds of copper and glass utensils, what is striking is the scenario that makes up a barrel with a traditional dining room inside; In it stands out the painting of a Catalan painter, Pere Borrell del Caso, who, through the trompe l’oeil technique, presents us with a typical peasant showing a bouquet.

Another space that arouses particular interest is the room with the old barrels that have olive rings, according to the “els vaixells congrenyats” technique. 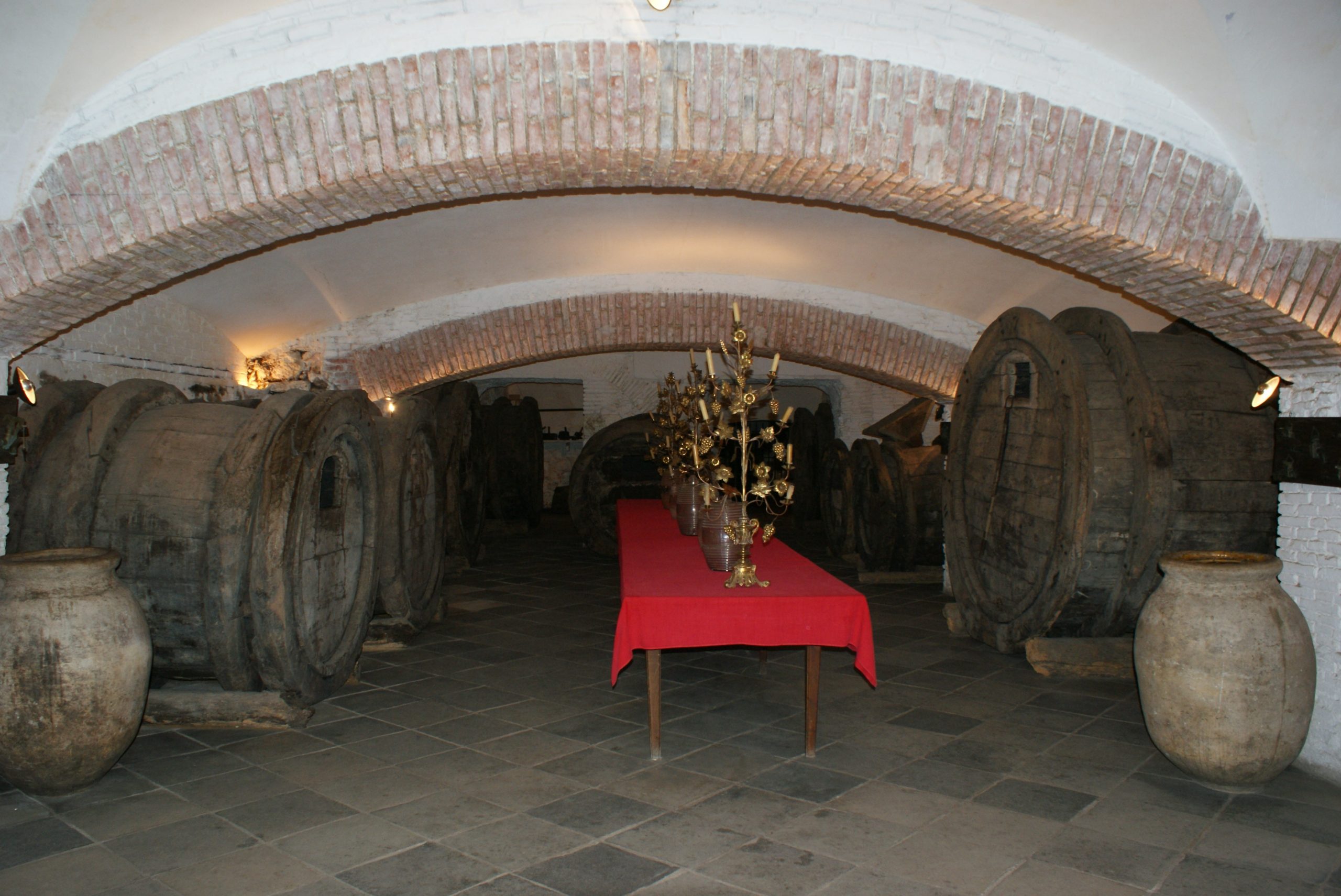 Why is it worth visiting the Castell de Peralada Museum?

We have already defined what the visit to the Museum consists of. Obviously it will depend on the interests of each visitor, but the variety of the artistic offer is extraordinary and the surrounding environment surprises. The most common feeling after the visit is that of having made a fantastic and unexpected discovery.