An EVOO that can thrill at the first taste: with this intent Isabel Faria has created one of the most popular Portuguese EVOO brands of the moment. A high quality product which is already highly appreciated in many countries. An EVOO with its own style, defined by the packaging and by the absolutely contemporary visual communication but which, at the same time, expresses the millenary history of a land with an undisputed, fascinating olive history.

OliveEmotion is the brand that changes the concept of disclosure of olive culture, communicating to consumers of all ages, in particular to young people, who are often not very attracted to a product that is culture and health at the same time.

OliveEmotion tells the beauty and taste of true, healthy food,  through the basic ingredient of the Mediterranean Diet: Extra Virgin olive oil. 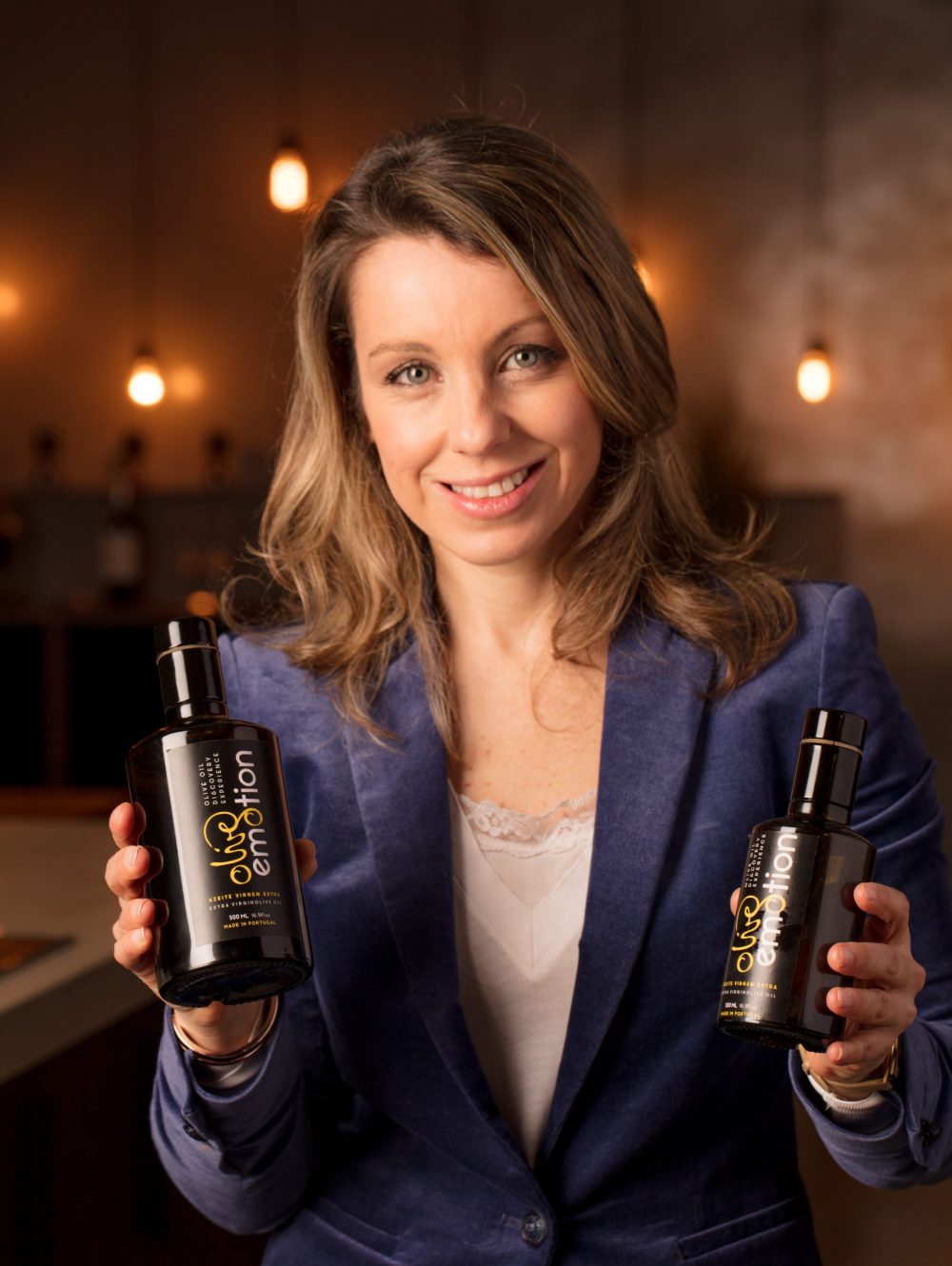 Alentejo is the largest region of Portugal, with an important olive growing tradition. A fascinating region, purely devoted to agriculture, where nature dominates in a context in which pollution is unknown, precisely because the area is little known to mass tourism.

Once known for being the granary of Portugal, the Alentejo, with its silences, expanses of wheat, olive groves but also vines and more, seems suspended in time.

Here, the true soul of Portugal is still present in the slow rhythms, in the wind that blows on the deserted beaches, on the wheat fields, on the hills full of olive groves and cork trees. Here, beyond the Tejo river, from which the region takes its name, few 750,000 inhabitants occupy an area where it is still possible to get lost for kilometers without encountering houses but expanses of fields used for agriculture. Here, nature and the work of the man who cultivates the land with passion and dedication gives everything you need. 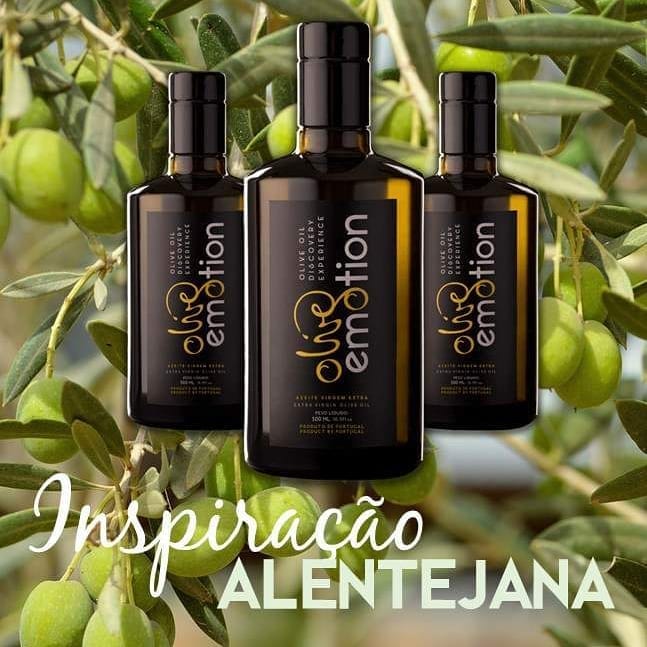 Olive groves, vines, wheat and cork groves (Portugal holds 30% of cork groves worldwide) continue to write the economic and cultural history of one of the most fascinating regions in the world.

In such a generous land, the young entrepreneur Isabel Faria has invested to create an extra virgin olive oil brand that fully expresses the Alentejo territory. 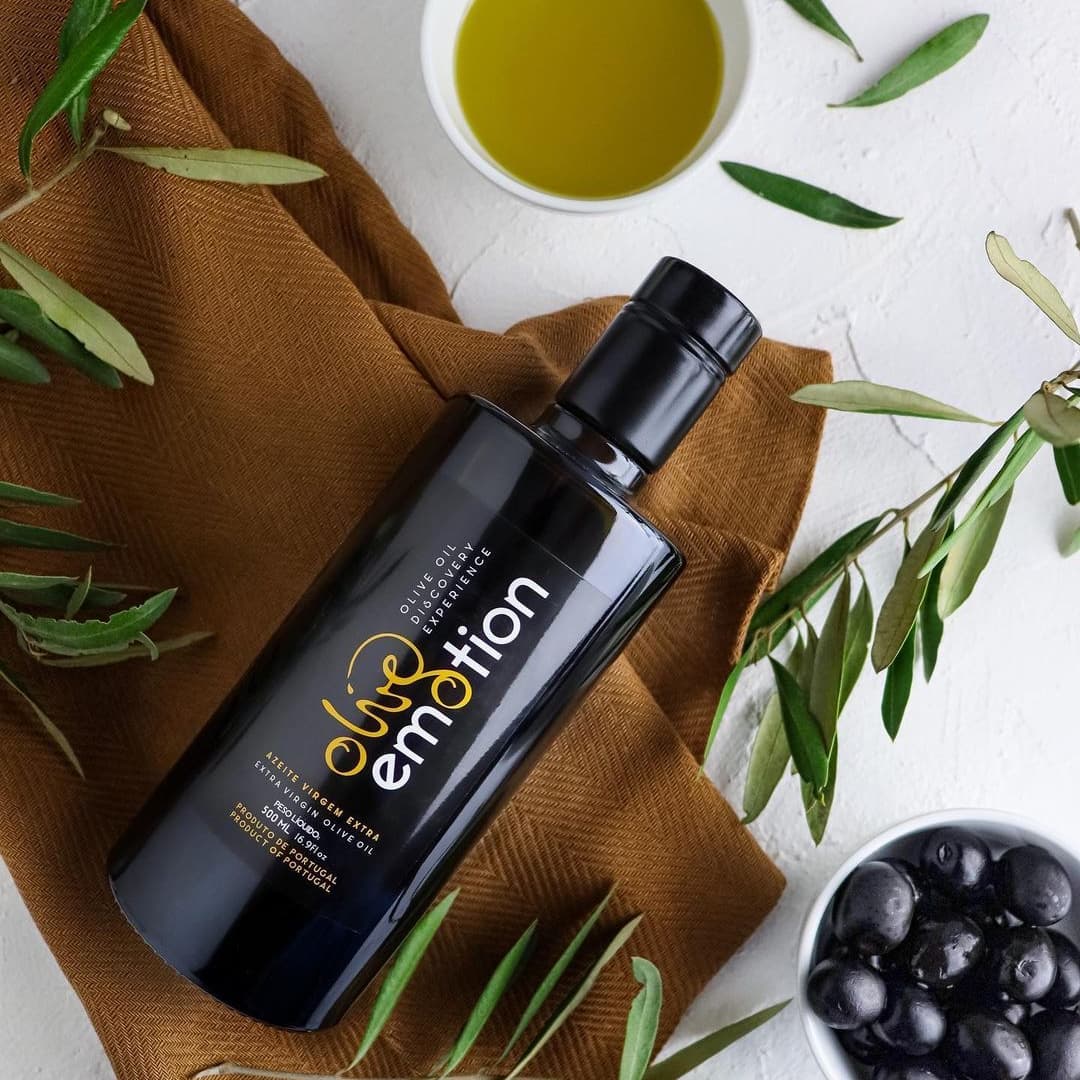 “The main goal at the beginning was to create a brand that promoted Extra Virgin Olive Oil with olives from small traditional olive groves located in the Alentejo. We have focused on quality, disseminating differentiated culinary experiences to promote the enormous potential that olive oil has in the culinary world. Thus was born OliveEmotion“, tells Isabel.

Although the brand is still young, OliveEmotion has already been able to conquer the most demanding palates on various international markets.

An EVOO that, thanks also to an essential but refined packaging, is already present, among other things, in the best Portuguese and international restaurants. This is due to Isabel Faria’s ability to bring together in the promotion of the brand not only the story of the territory (which is the key when you want to tell about an artisanal product, especially as regards EVOO oil), but also of the multiplicity of uses that EVOO allows in the kitchen. 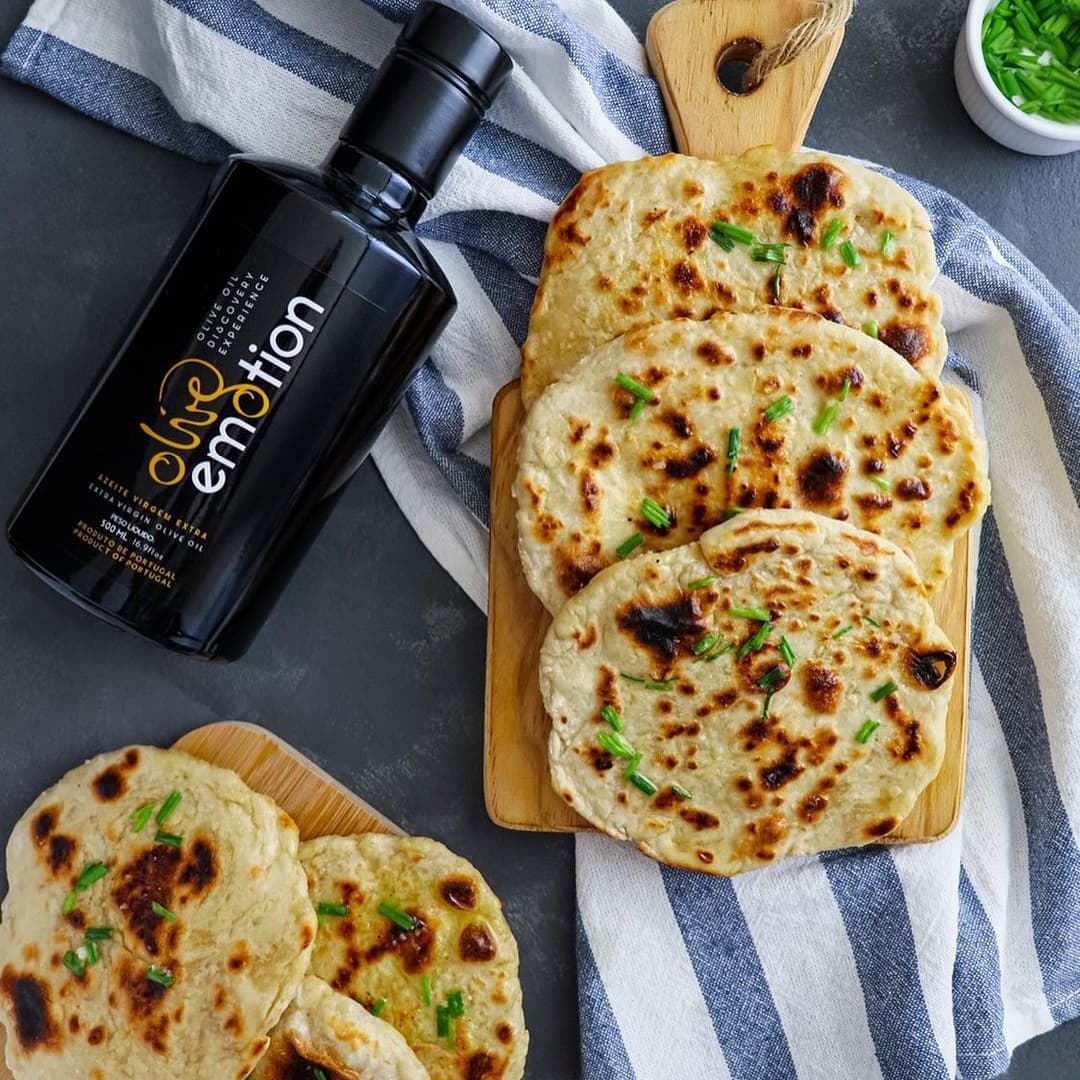 The company, based in Lisbon and with olive groves distributed in the municipality of Vidigueira, in the heart of the Alentejo, between Évora and Beja, focuses heavily on photographic story telling where food and Extra virgin olive oil are the hero. A real communication innovation, also in response to the needs of a consumer who, despite knowing, at times, the potential of EVOO, as well as the enormous health benefits, does not fully exploit its potential on the table. According to Isabel Faria, education to a greater consumption of quality artisanal EVOO passes through the dissemination of culinary experiences aimed at encouraging the daily consumption of EVOO. 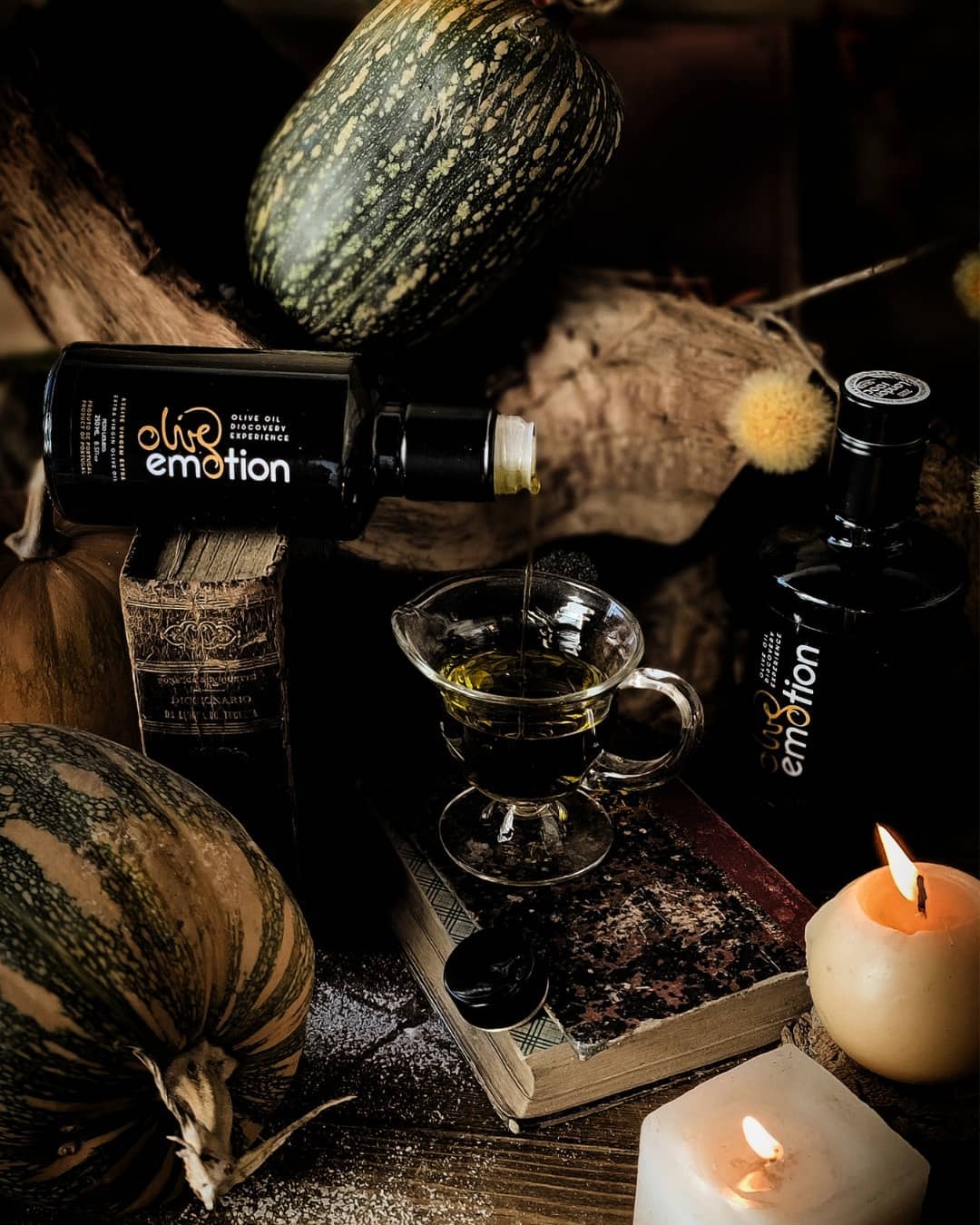 “Olive oil is our liquid gold, we have the best varieties of olives in the world combined with terroir that allow us to have excellent oils. An oil from the Alentejo is very different from an oil from Trás-os-Montes, where the characteristics of the soil, the climate, the influence of different dried fruits can affect the flavor of the oil”.

A quality, that of Portuguese Extra Virgin Olive Oil, of which OliveEmotion is an excellent ambassador. 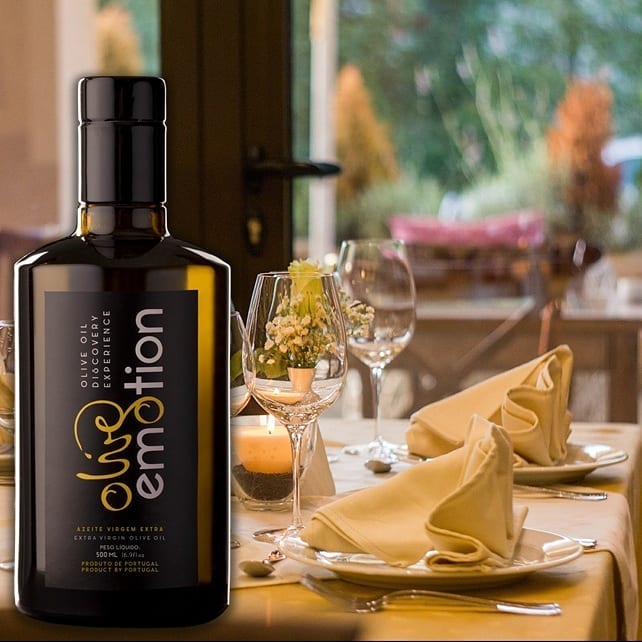 The cultivars used for OliveEmotion are the native Portuguese Galega, Cobrançosa and Cordovil de Serpa, which predominate within the small olive groves and provide a unique and distinct balanced flavor to the olive oil.

Galega covers about 80% of the Portuguese olive-growing area. It gives a light fruity oil with hints of apple and spicy notes. 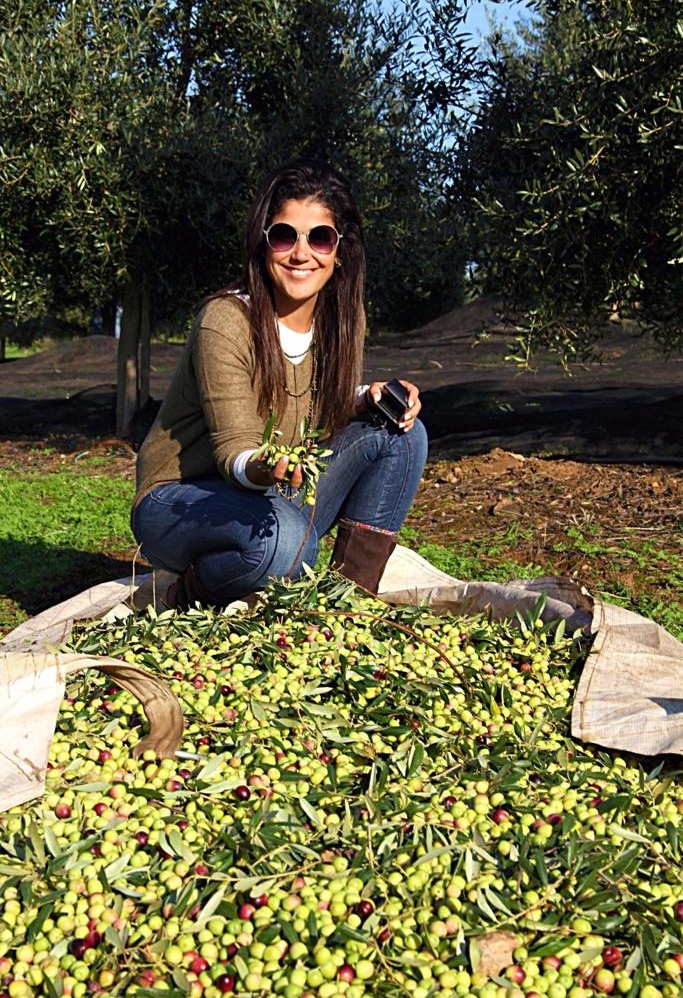 Three varieties, skillfully blended (the blend varies proportionally on an annual basis to provide the tastiest olive oil) by the oil maker Ana Rosado to ensure a high quality product that meets the highest standards and with an acidity level below 0 ,2%.

As Isabel Faria proudly points out, what makes OliveEmotion truly special is that it is created from olives from small Portuguese producers who have developed olive culture for a long time. 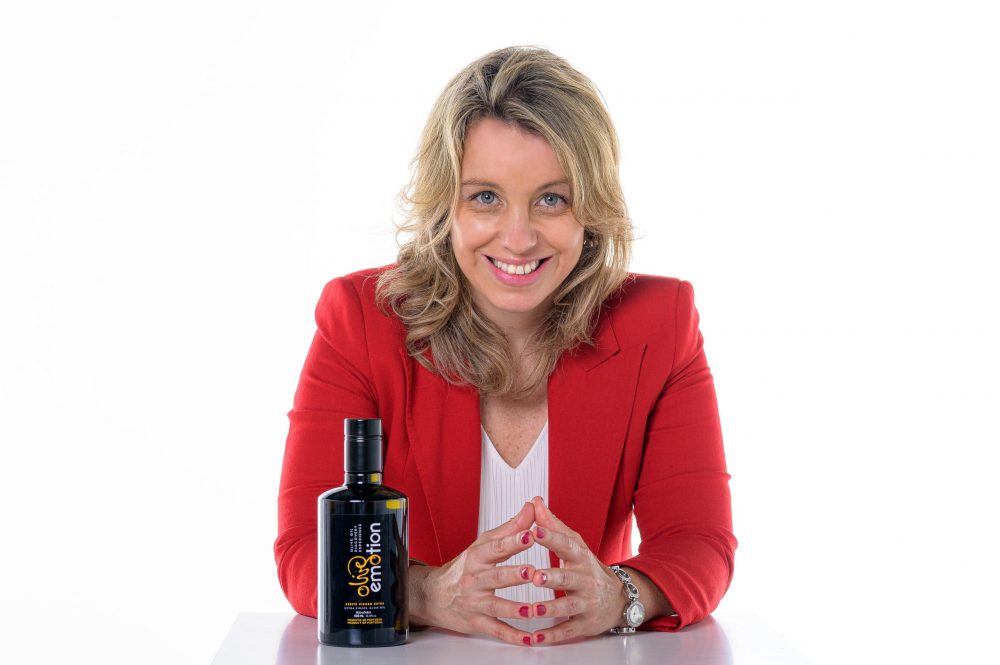