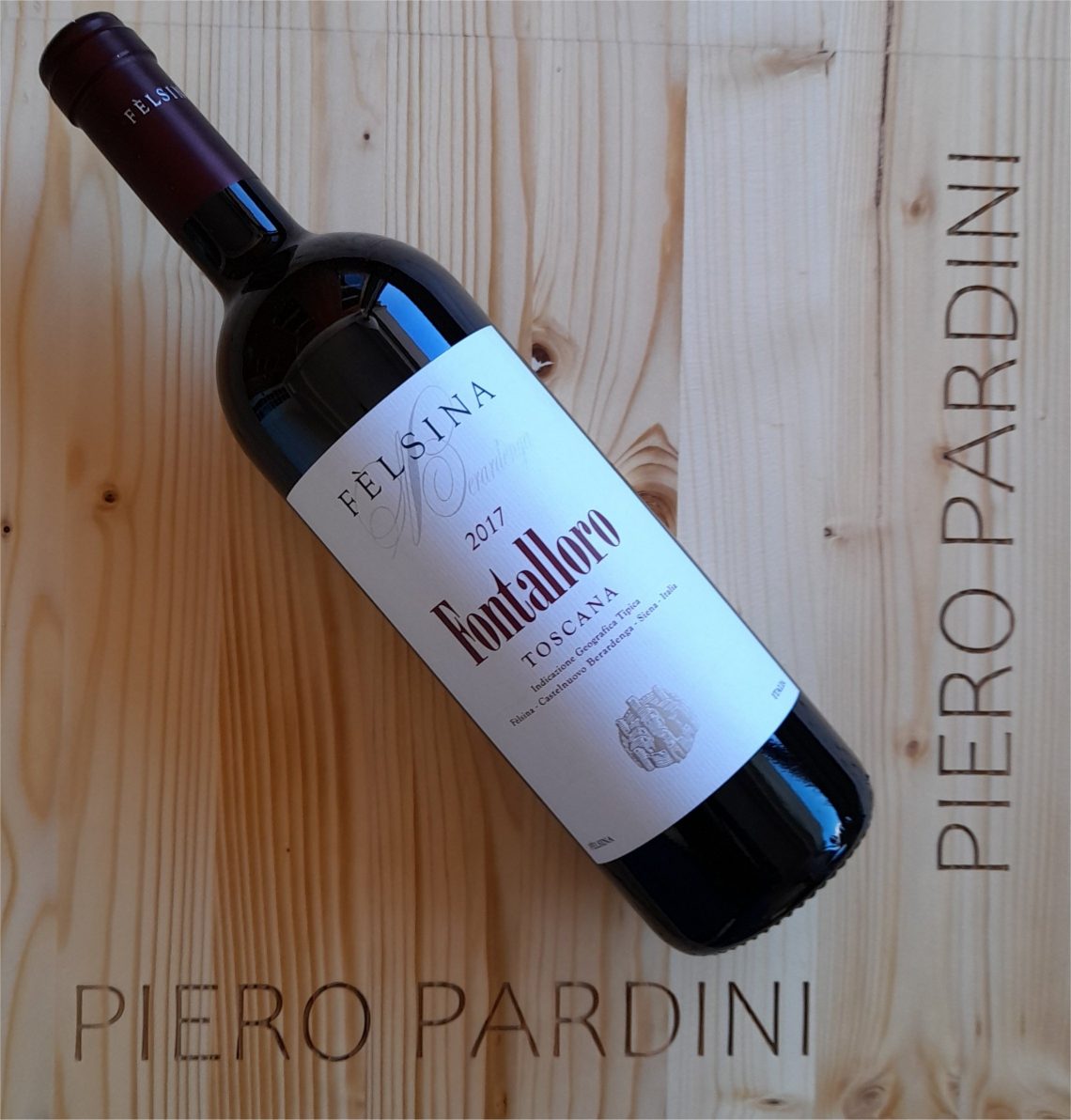 The toponym Fèlsina indicated for the Etruscans a “post office, of hospitality” and also the Romans recognized its favorable nature, confirming Fèlsina a place of refreshment and meeting on the edge of an important road – Via Antiqua – which connected Siena with Arezzo.
The property is located in Castelnuovo Berardenga, in the province of Siena, on the southeastern edge of the Chianti Classico production area.

500 hectares of which just over 90 are dedicated to the vineyard, at an altitude between 350 and 420 meters above sea level The nearby clayey moor of the Crete, towards Montalcino, reminds us that Fèlsina, crossed by the administrative border of the Chianti Classico, presents itself, from a geological point of view, as a “frontier land”. Purchased in 1966 by Domenico Poggiali and immediately administered by his son Giuseppe, the company strongly identifies with the territory.

With the oenologist Franco Bernabei, the company created the “crus” Fontalloro, Rancia, Maestro Raro and I Sistri. The continuity of an entrepreneurial project has a guarantor and a witness in the nephew Giovanni Poggiali, who since 1990 (just turned 18), has had an active role in the company, a convinced supporter of the search for authenticity in the vineyard and in the cellar, of the centrality of Sangiovese in the history of Fèlsina.
Fèlsina is a variety of climate, landscape, and land. Its vineyards are characterized by different soils and microclimates, unique in their particularity. From this extraordinary variety comes the Sangiovese di Fèlsina, or Sangioveto, which is the Tuscan word that identifies its origin.
Since 1993, Giovanni Poggiali has been following the replanting and planting of new vineyards, giving greater depth to research on this vine, in the increased conviction of the family and its collaborators that terroir is a geological fact, but even more a social issue. In this agricultural-cultural context, various Sangiovese have been formed – a rich biodiversity – which justifies the conscious choice of the property of making pure Sangiovese in respect and protection of the uniqueness and character of a land to which we intend to remain faithful.
Berardenga Chianti Classico, Rancia, Fontalloro and Colonia are the three wines that make up the company’s production base. Characterized by the exclusive use of Sangiovese, they are present on the national and international market as a constant reference for quality and style in close relationship with the vineyards of origin.
The production sector linked to the tradition of the territory is completed by “Vinsanto”, characterized by the traditional blend of Trebbiano and Malvasia with the addition of Sangiovese.

Wine: Fontalloro
Variety composition: 100% Sangiovese.
Alcoholic strength: 14.5% vol.
Vintage: 2017.
Denomination: Typical Tuscan Geographical Indication.
Production area: On the farms of Poggio al Sole and Arcidossino.
Soil composition: rocky, calcareous and stony, that of the Chianti Classico; rich in sand, silt, small pebbles and marine sediments, the one on the border with the Crete Senesi.
Average vineyard altitude: 330-400 meters above sea level
Density of vines per hectare: 5,400
Training system: Espalier with spurred cordon pruning.
Vinification: After pressing and destemming of the selected grapes, fermentation begins at temperatures between 28° C and 30° C. The entire maceration process in steel tanks for 16-20 days with automatic punching down and daily pumping over. In March-April the new wine is transferred to new and first passage French oak barrels, after 18-22 months of maturation it follows the assembly and bottling. In glass, aging is guaranteed for at least 8-12 months before being marketed. 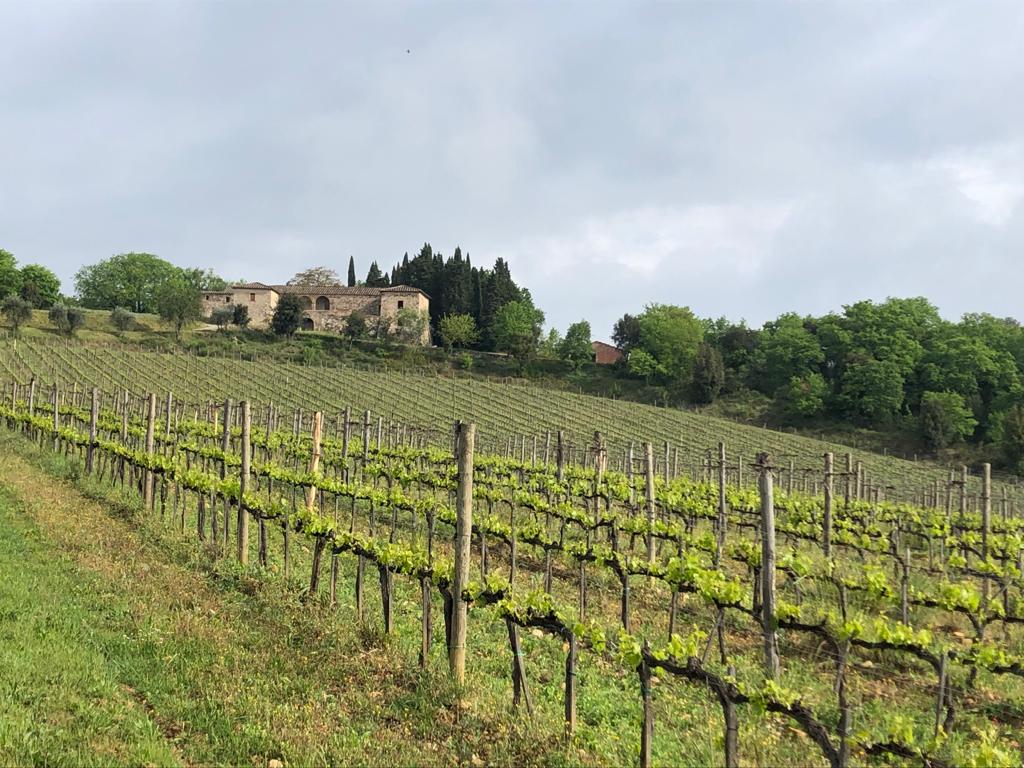 Review:
Ruby red, not particularly intense, with garnet textures.
Hints of violet and poppy flowers open the olfactory bouquet, followed by an aroma of wild berries such as blackberries, currants and strawberries.
Mineral notes of wet slate and graphite, are added hints of toasted cigar boxes and milk chocolate. Closure with balsamic nuances of maritime pine resin.
The taste shows an important but well balanced tannin, the sip is fresh, recalls citrus hints.
The closure is persistent and invites a new taste.
It is suggested in combination with grilled red angus tomahawk with aromatic herbs.