Spain is the world’s leading producer of Extra Virgin olive oil. A leadership acquired over the years, with high-level investments that have led to significant extensions of olive groves in much of the nation.

The companies, for their part, have invested in sustainability, mills and cutting-edge machinery.

A synergy that allows Spain to position itself among the leaders of high quality Extra Virgin Olive Oil producers.

The best-known production areas of the Iberian Peninsula mostly concern Andalusia (in particular Jaén, located north of the province of Granada, and Baena), the autonomous communities of Castilla-La Mancha and Madrid but also Valencia, Alicante and Murcia. 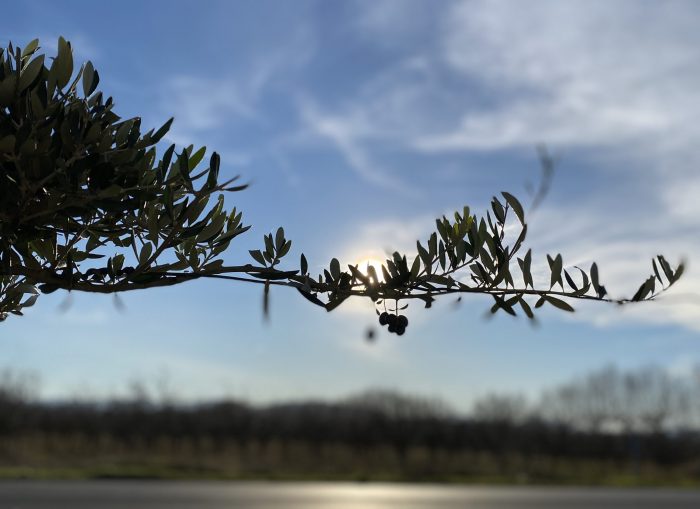 Probably, few people know that even in the north of Spain there is a production of high quality Extra virgin olive oil. Navarre, in particular, is devoted to the cultivation of olive groves. A small region, yet rich in history and charming villages, medieval castles, monasteries, green hills, mountains, lakes.

Famous for being the region of the Feast of San Fermín (in Pamplona), Navarre, surrounded by the Eastern Pyrenees, is also the seat of one of the most evocative towns, with an epic breath, such as Roncesvalles. There, Charlemagne was defeated and his leader Rolando killed by the Basques. Roncesvalles, a fundamental stop on the Camino de Santiago, is home to an architectural jewel such as the 13th century Gothic church Real Colegiata de Santa Maria.

Mendavia, a charming village, about an hour away from Pamplona, with just over three thousand inhabitants, is home to one of the best-known Spanish olive-growing excellences: La Maja.

Born from a family passion, handed down from generation to generation, La Maja is the result of the work of the Gracia Brothers and a bet (won) with a territory not so suitable for olive cultivation.

Also or, perhaps, precisely for this reason, La Maja Extra virgin olive oil has all the characteristics of a product with a great personality.

The golden age of olive production in Navarre began in the 20th century, with the victory of oil from the region at the Universal Exposition in Seville in 1929. At that time, the area dedicated to olive cultivation reached its peak , with nearly 8,700 hectares. A fact that has never been repeated but that, despite everything, makes Navarre a region in which the olive tree has always been the protagonist of the territory.

Calcareous soils, a dry and sunny climate and strong temperature variations between day and night, during the ripening period of the olive are among the pedo-climatic characteristics that make the oil of this region unique. An oil rich in oleic and linoleic fatty acids and an intensity of fruitiness, which differentiate it from oils produced at other latitudes, according to the indications of the D.O.

In particular, the privileged position of Mendavia, situated in a fertile plain on the banks of the Ebro river, where the Odron and Linares rivers meet, favors the cultivation of olive trees. An area that, as the company points out, has the largest number of quality designations in the whole of Spain. 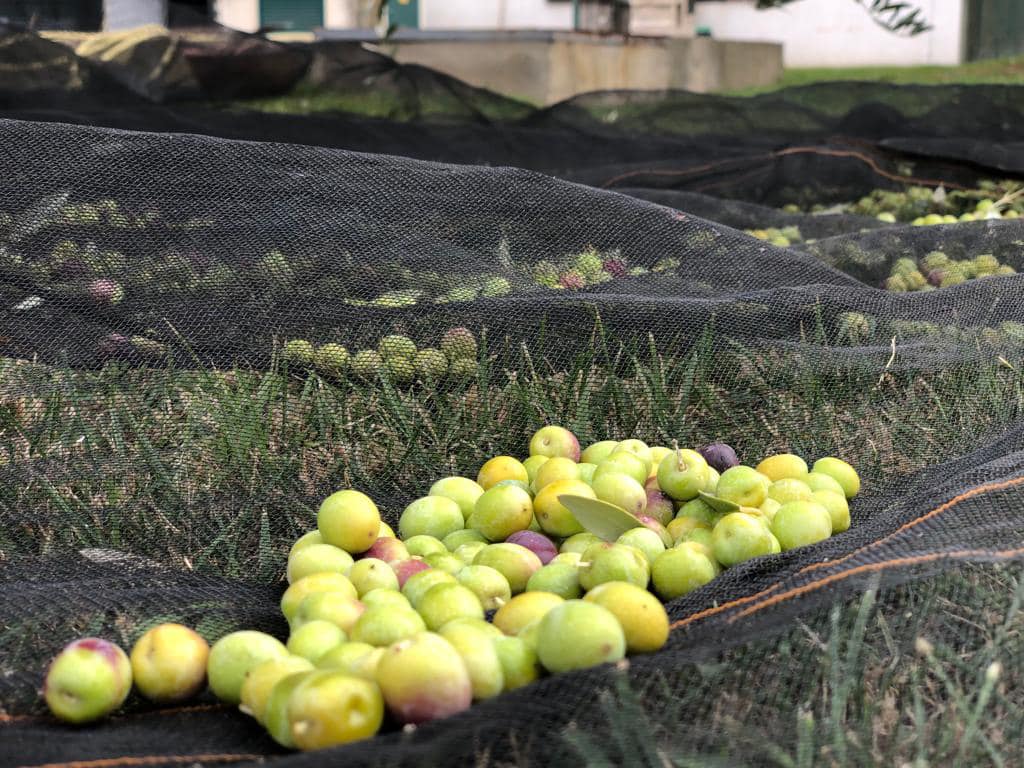 La Maja was born in 1997. The name derives from the first farm where the four Gracia brothers planted the first olive groves.

“In the first century, there was a Roman Alfar in that area, a place where pots and utensils were made of baked clay. And it is there that a ceramic antefix was found, a piece placed on the edge of the roofs for decoration and so that the birds did not enter under the tiles. This piece, now in the museum of La Rioja, contains the face of a woman who was called La Maja and who gave the name to the term in which we started the plantations. Hence the name of our company and our oil. Our logo is also the face of the ceramic piece that was found in that La Maja place”, says Roberto Gracia. 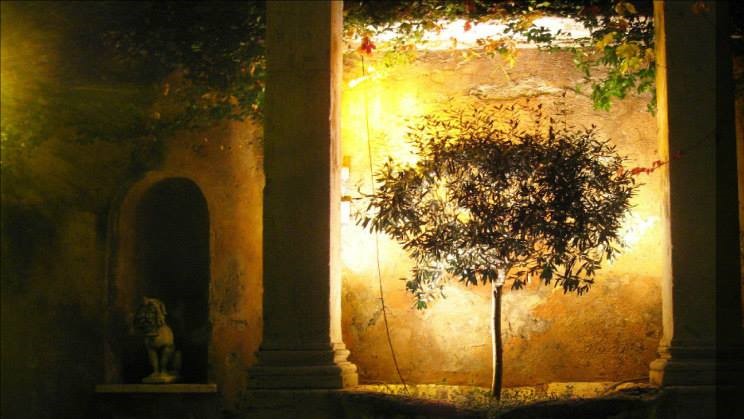 Production is concentrated in a single geographical area, Navarra Rivera, in the north of Spain. It is one of the olive growing areas further north of the equator.

The company is located exactly in the Ebro valley that crosses Navarre, where the structure and composition of the land, together with the climate, make this area ideal for almost all types of crops and, of course, also for the olive tree. 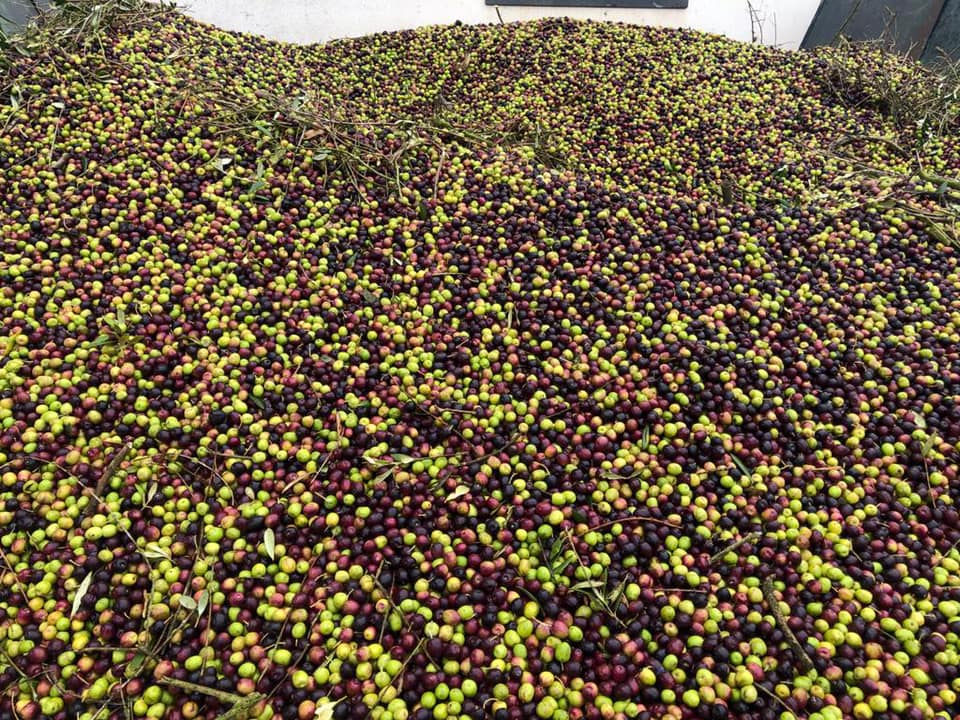 Olive trees receive fewer hours of sunshine than in southern Spain, coming into bloom almost a month later, yet the ripening time of the olives is almost the same as in southern Spain, just a week later. This “rapid” development of the plant, together with climatological and orographic factors, make the oil particular, with a high oleic / linoleic ratio.

The varieties used are Arbequina and local varieties, such as Arróniz, popularly called Vidrial or Royuela in La Rioja, as well as Arbosana, Tosca and Koroneiki.

The oil mill is located in Mendavia, the city with the highest number of Designations of Origin in Spain, exactly eleven. 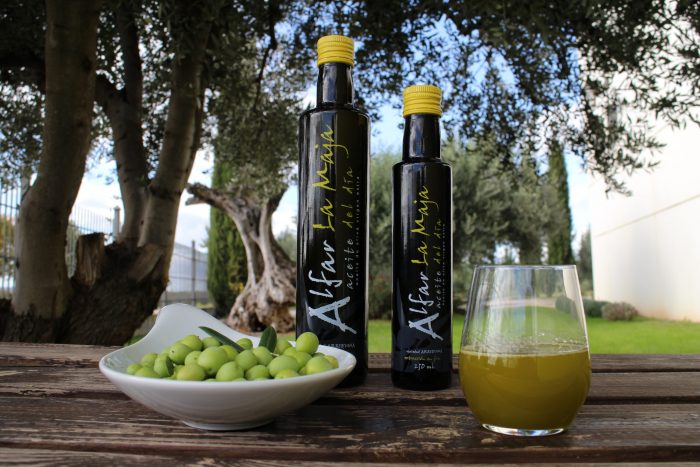 produced only with olives of the “Arbequina” variety.

Olives are harvested when they start to turn sour, usually late October or early November. Cold packaged, in less than twelve hours from the olive harvest. This gives the oil a great intensity of aroma. The oil is dense, full-bodied, yellowish green in color. With a clean scent, surprising for its liveliness and reminiscent of fresh green fruits.

is a blend of annual and limited edition Extra Virgin Olive Oil, the result of a selection of olive varieties. The entire “cold” production process keeps all the virtues of the olive intact, as well as its aromatic and gustatory qualities. Green-yellowish in color, with a clear and intense aroma, surprising for its liveliness, reminiscent of green and fresh fruits.

La Maja “Limited Edition” is the selection of the two best single variety oils of the company, the result of years of work, after having tested different varieties, both in cultivation and in the extraction process, until it reaches its essence.

“We tested the different stages of maturation, combining it with different degrees of humidity and modifying a multitude of production parameters (type of grinding, time and temperature of dough, etc.) to obtain the best expression of each variety.

This long study ended with the individual adaptation and optimization of the cultivation and extraction process of each of the varieties we work with. However, natural factors, such as time and the ripeness of the olives, mean that it is not always possible to obtain an extra virgin olive oil of every variety. But when we do, the result is so spectacular that it’s worth it ”. La Maja