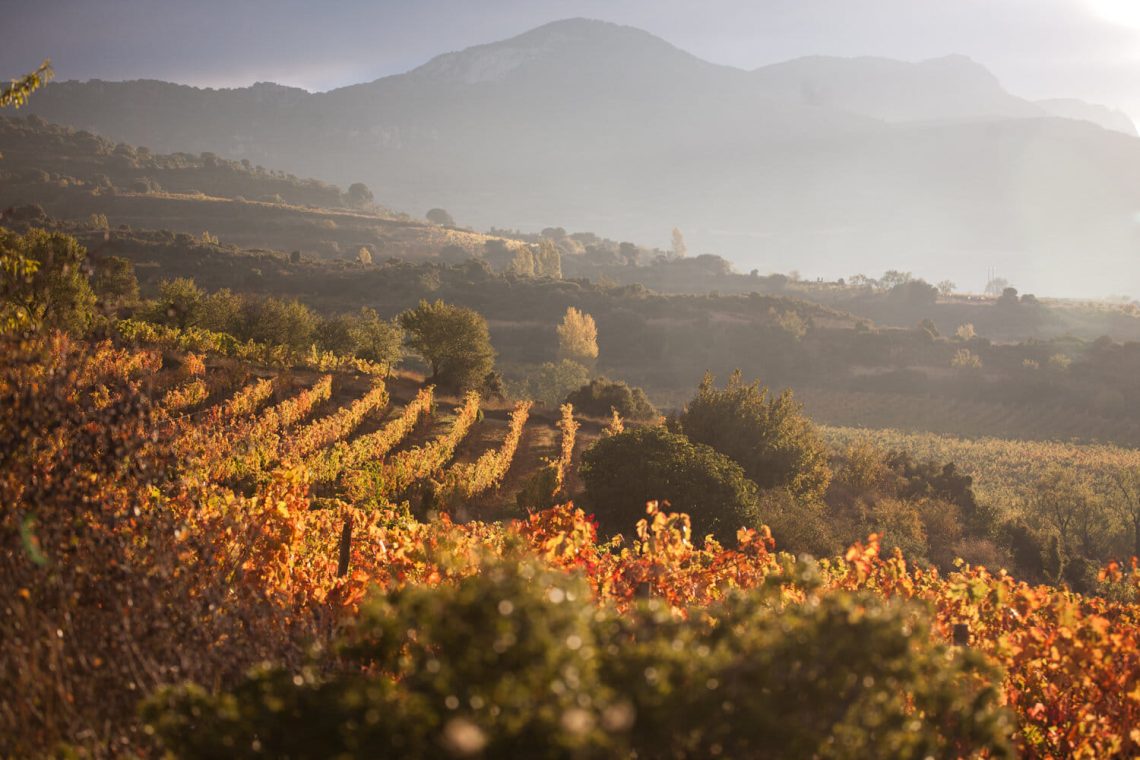 The history of Garnacha seems to have origins in the Spanish land of Aragon, according to what has been stated by historians and ampeologists. Over time, this vine has expanded into the rest of the territories owned by the Crown of Aragon (Sicily, Sardinia, Naples, Milan, France and Italy until it is then grown in other parts of the world (Australia, California, Chile …).
In Spain, at the beginning of the twentieth century, the Garnacha spread over over one hundred thousand hectares, now reduced to about 70,000.

Vine with medium-late ripening, among its varieties the Garnacha Blanca, the Tinta, the Tintorera (the variety par excellence), the Peluda (from the name of the characteristic leaf in the flowering period) stand out.

Garnacha blanca, originally from Aragon and Catalonia (eastern Spain) is a mutation of the red Garnacha from which aromatic and fruity white wines are obtained, with a lot of body, moderate acidity and high alcohol content.

The red grape (Tinta) Garnacha of Aragon is also called grenache in France. Currently, it is cultivated in the territories of Madrid, Tarragona, Navarra, La Rioja, Zaragoza and Toledo.

Also known as Alicante Bouschet, the origin of Garnacha Tintorera dates back to 1855, in France, with the crossing of Petit Bouschet and Garnacha, made by Henri Bouschet. The red pulp is the real feature, as is its high amount of polyphenols. It is the only variety in Spain, and of the very few in the world, red inside and with which it is possible to obtain a much higher color in wines than other varieties.

Garnacha peluda is an evolution of the vine that has developed a down on the underside of the leaves to protect itself from transpiration in hot climates.

Garnacha is a strong vine, it resists the cold of the long Aragonese winters but also the extreme heat. Versatile in adapting to poor soils, its grapes produce white, rosé, sweet and even sparkling wines.

Among the Garnacha wines (100% and/or with lower percentages) reviewed on “The Wolf Post”, we suggest four wines, for whose complete characteristics please refer to the reviews (link in the title of each label) by Piero Pardini. 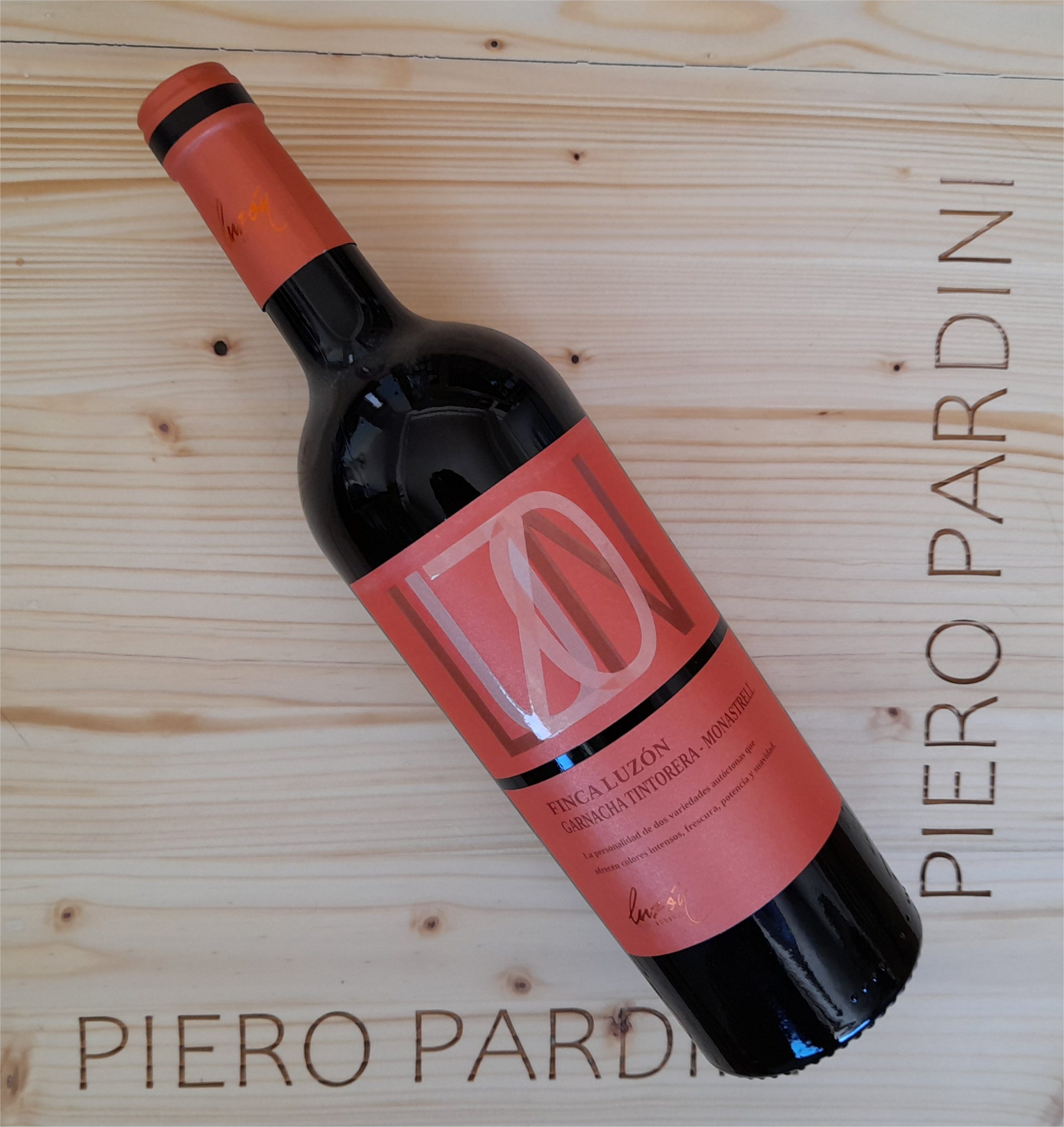 Garnacha Tintorera Monastrell 2019, from the Iberica Finca Luzón winery, is a wine that we appreciated, among other things, for “its very intense ruby red color and well-polished tannic texture”. 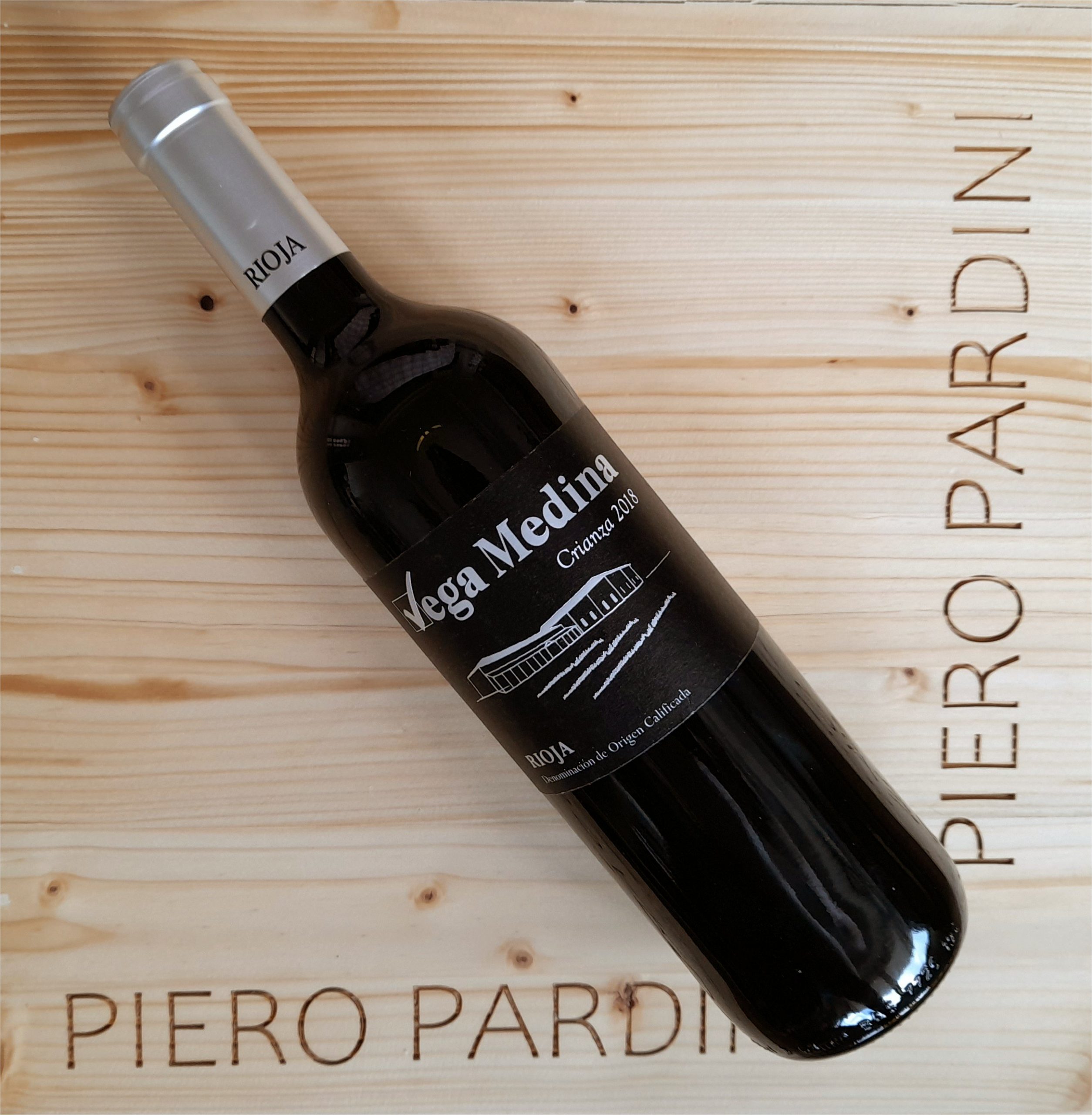 Vega Medina Crianza 2018, by Bodega Lyng, with a percentage of Garnacha, received the maximum score for its well-smoothed and silky tannic texture, which sent to a new sip and “for its complex range of hints: floral, fruity and toasted”. 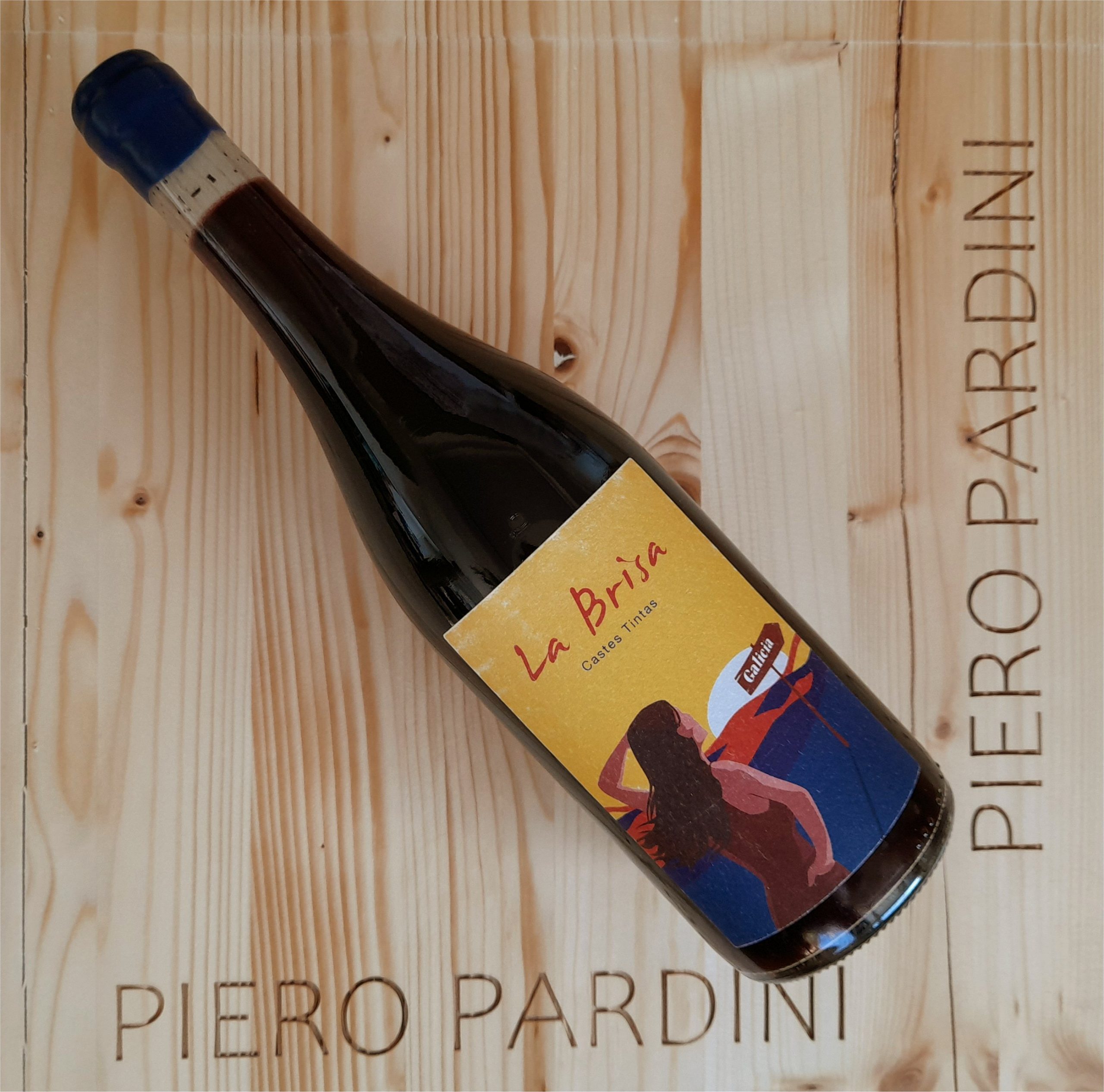 Galgo Wines’ Brisa Castes Tintas 2019, with 80% Garnacha, is recommended for the freshness of its sip “reminiscent of a young wine” for its “non-invasive tannic texture and good acidity”. 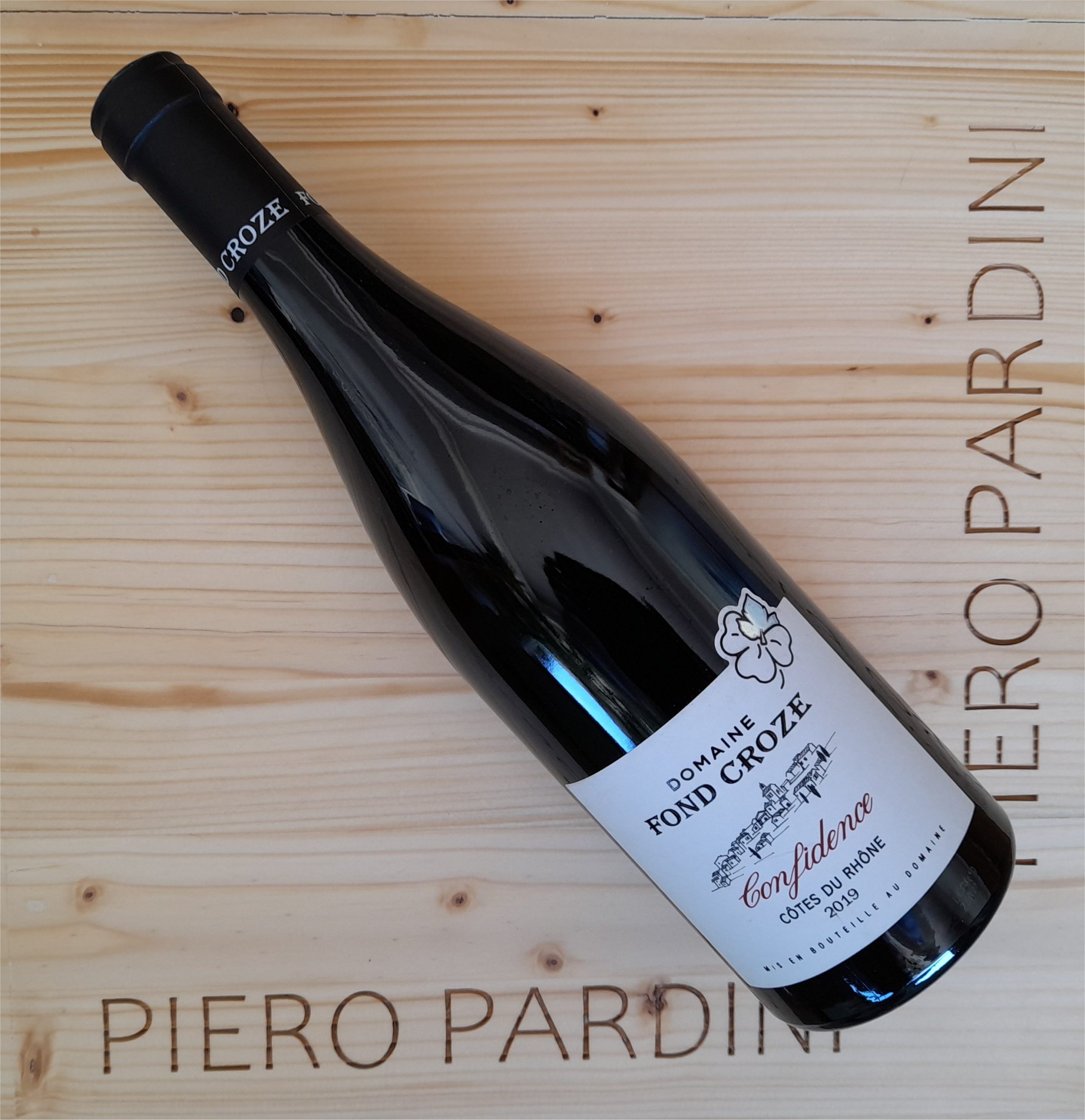 Confidence Rouge 2019, by the French winery Fond Croze, with 70% of Garnacha, has a complex bouquet of hints of “fresh red flowers, accompanied by fruity notes reminiscent of dark berries such as blueberries, currants and corn cherries“.