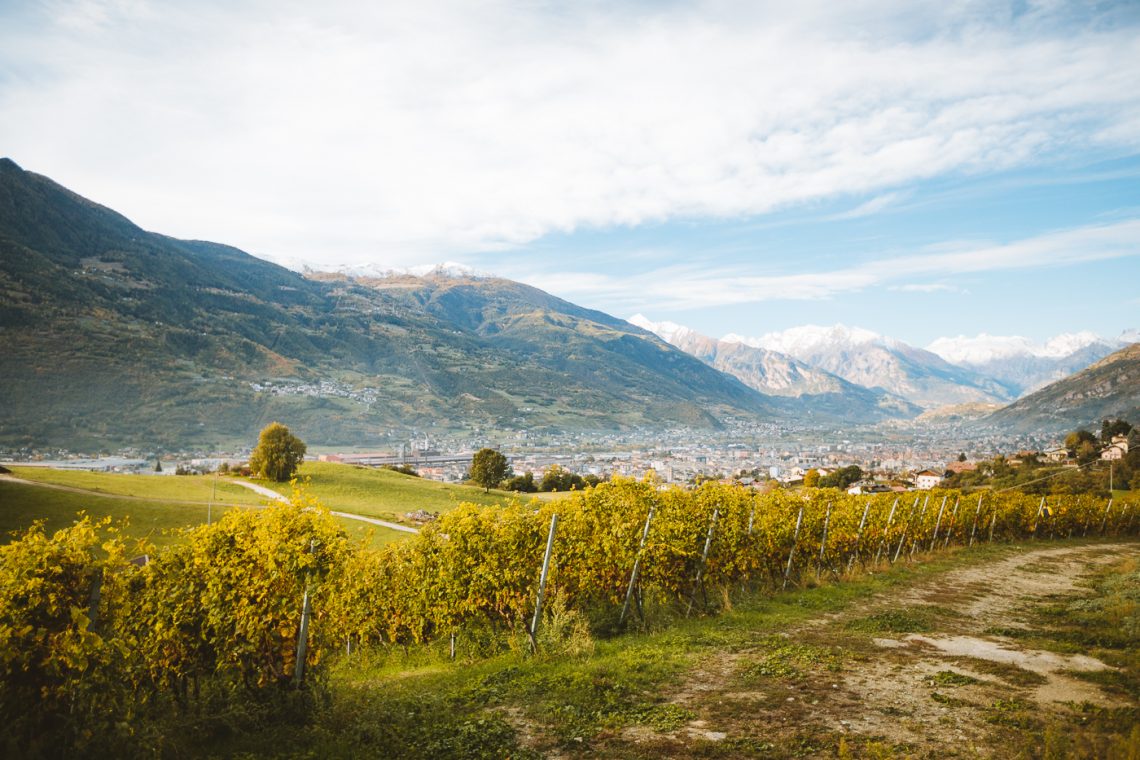 In 1989, Elio Ottin was young and was not afraid to dream. After training at the Institut Agricole Regional, at the age of 23, he bought the first plots of land in the area between the municipalities of Quart and Saint-Cristophe. Few years later, the land will become terroir and mark all the company’s wines, giving minerality and verticality: a real heritage of wines from the Aosta Valley mountains.
In 1999, Elio definitively leaves his permanent position in the regional offices to devote himself entirely to his business.
In 2000, the project for the construction of the new complex started, which will include a stable, a cold room for apples, a warehouse and a house.
2007 became the year zero, with a production of 30,000 bottles and 3 wines: the Petite Arvine, the Pinot Noir and the Torrette Superieur. The dream is fulfilled. In the following years, the range of wines was strengthened with the arrival of Fumin, an indigenous grape variety vinified in purity, and in 2011 by Nuances, a selection of Petite Arvine vinified in wood.
In 2009, the new cellar was inaugurated (originally the vinification room was divided with two other local producers within another farm), located exactly below the house. A space that is still small but well organized, which, over the years, will undergo various changes and extensions. The road to quality is an infinite path upwards, but Elio is no longer alone to follow it: alongside him there is now his son, Nicolas, and this is what he himself defines as the greatest success. of him.

In 2018, Emeric became the spearhead of production and 2019, with the planting of 2 ha of vineyards and the construction of the new barrel cellar, marks a new year zero, a second start, which will see production enriched in the coming years. of the new expressions of what is the vision that Elio and Nicolas have of the terroir.

Founder and editor-in-chief of "The Wolf Post".
Freelance Journalist.
Wine critic and Sommelier.
He has also written about sports and technology for some specialized magazines.
Co-author of the essay "Gianni Clerici - The writer, the poet the journalist", Le Lettere, Firenze.